Marton Mooching and Then Northwards

After our Wairarapa week, we stayed put in Marton for almost another week. We were at Wyn’s brother’s house and he has a great place for us to park up. I managed to hurt my back the first morning we were there – I overreached when putting a toilet cassette in the locker. So that was me written off for the weekend. Wyn’s brother offered to help fix some stone chips on the front of our car and that turned into a bigger job with me only able to stand around and watch. Dang and bother! It was great to get the car looking less road weary. Wyn’s neice turned up while we were there, so there was more catching up to do. Plus a school friend of Wyn’s came to visit – Wyn went to school in Marton. 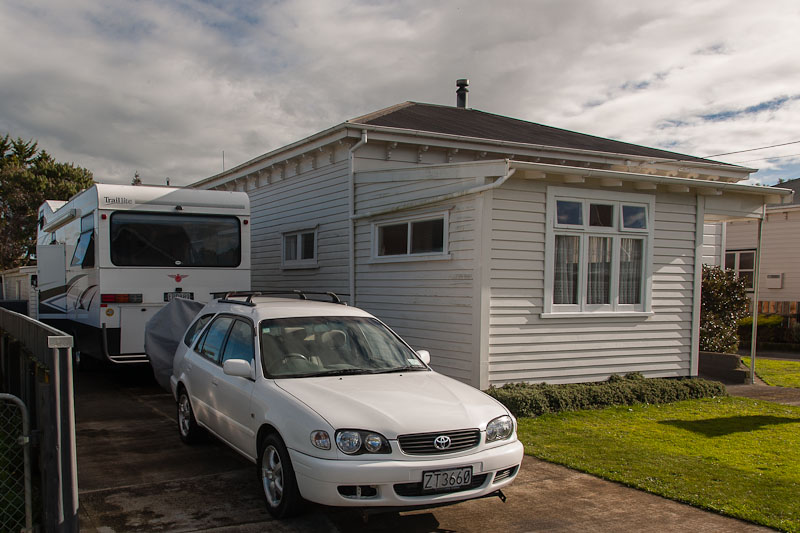 Parked up at Marton 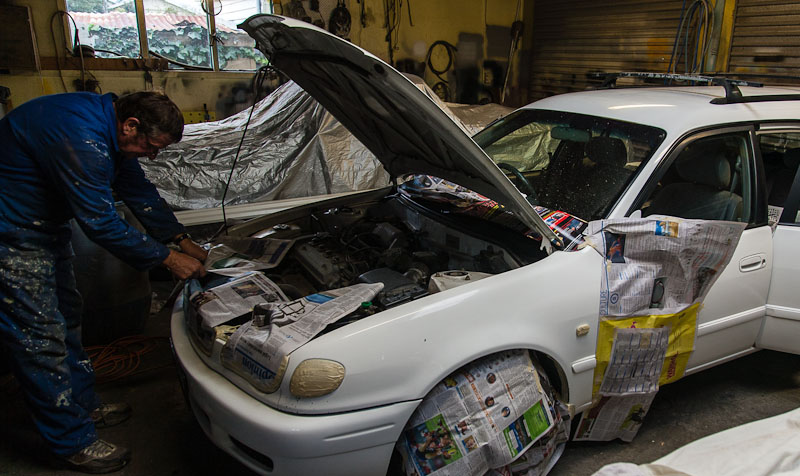 Touching Up The Toyota

The weather was a bit bleak while we were there. But the forecast was for even bleaker, especially for the middle of the island. So eventually we decided to drag ourselves away from the comforts of the log fire and continue north. With my back still coming right, Wyn did most of the driving. She often does some driving, to share the load and also to keep her hand in. This gave me a chance for some photography from the passenger seat as we headed up State Highway 1 with its big hills and valleys. 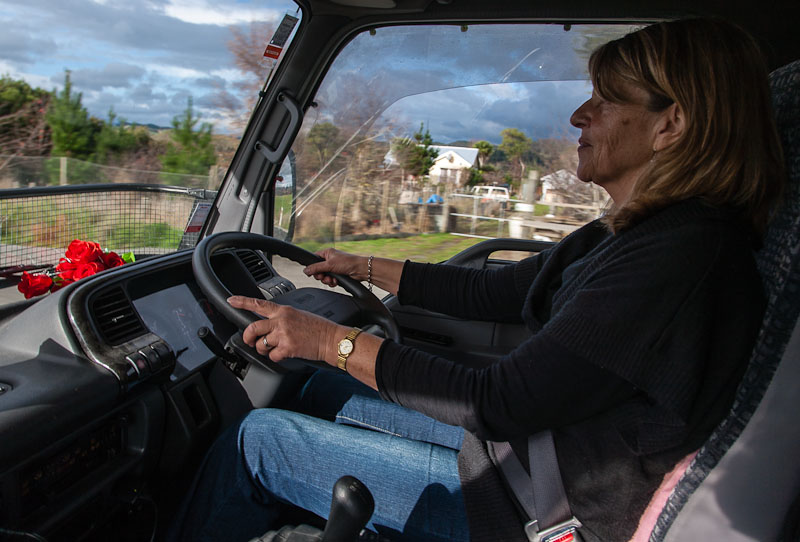 Wyn Heading Up the Highway 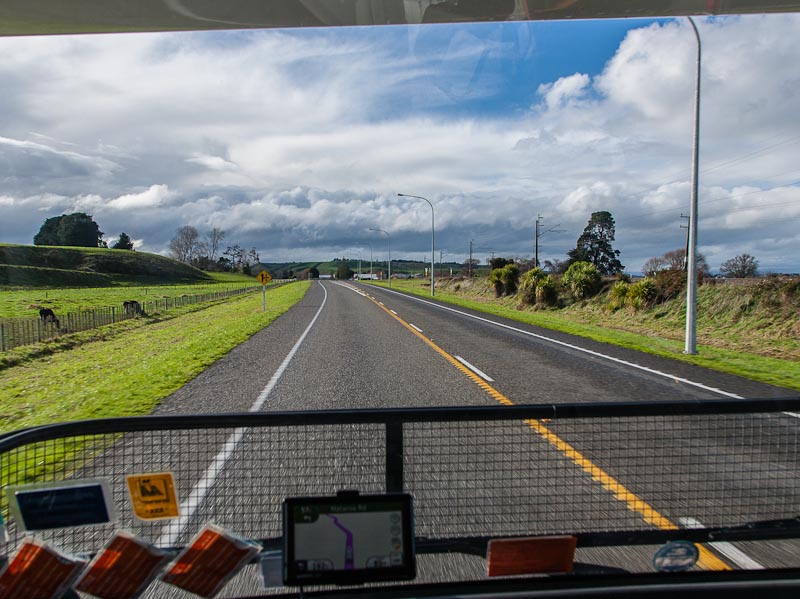 View From the Cab – Up the Rangitikei 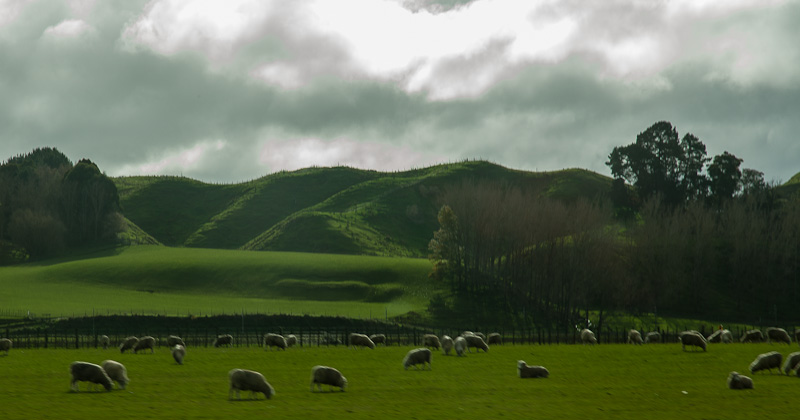 Somewhere Up SH1 – Grass and Sheep 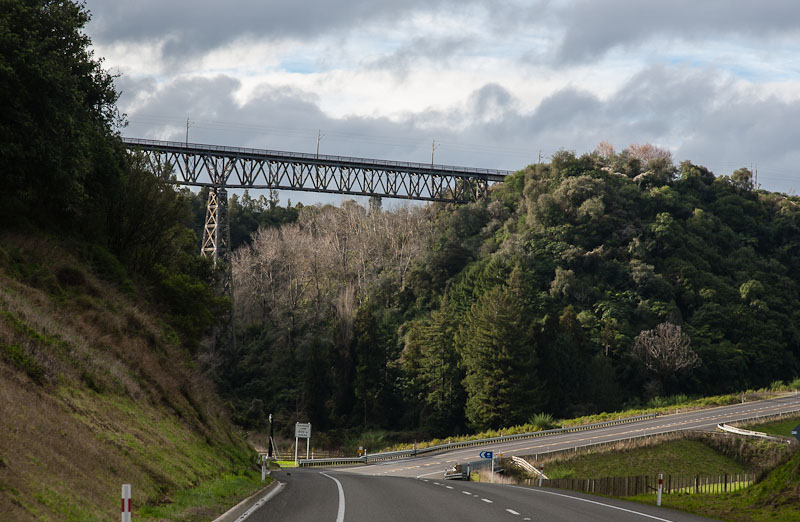 We also stopped at the Mangaweka Cafe – the one with a DC3 aircraft parked outside. The cafe used to be inside the plane but now it’s at ground level but patrons can still check the Old Girl out. We’ve driven past a few times in recent years, and I’ve always wanted to stop. And this time we did. It’s a nice story. The cafe was part of a new adventure company setting up there back in the 1980s. They figured they needed something to attract people zooming by on SH1; something to get our attention and get us to stop. So they came up with the idea of buying an old DC3 and parking it out front. They did, and we do. 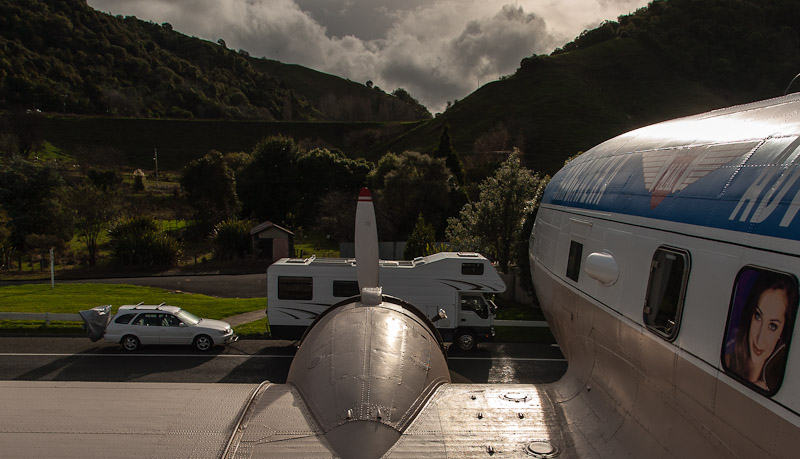 Mangaweka Cafe DC3 – About to Crash-land on Suzi Truck 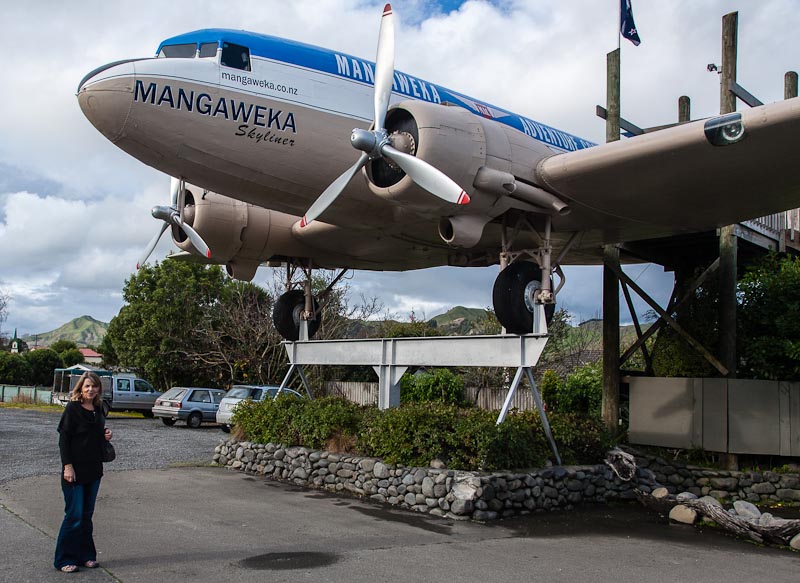 Further north and clouds were building up, and Waiouru was its usual bleak self. There wasn’t much to see of Mt Ruapehu, and we had heavy rain and wet road to Turangi. We made it to Taupo just on dusk, and parked up out by the airport. 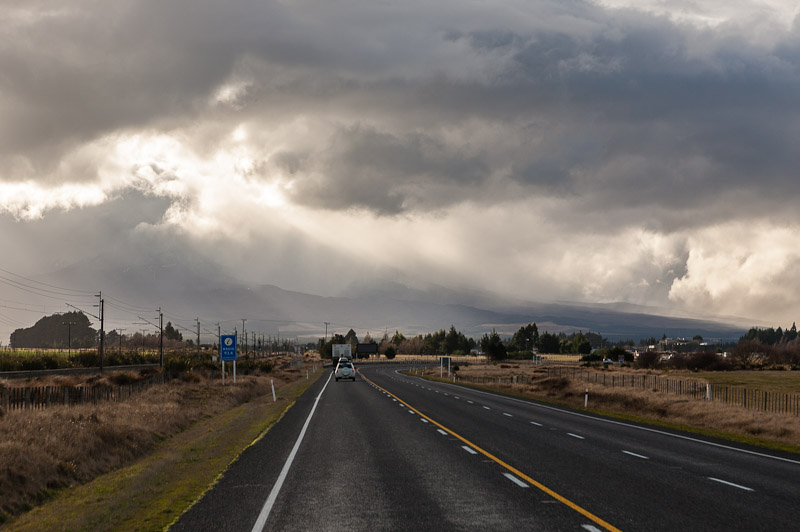 Towards Waiouru and Mt Ruapehu

This entry was posted in Daily log and tagged Manawatu, Mangaweka, Marton. Bookmark the permalink.