Minack Theatre Cornwall – Build It and They Will Come

Once we’d settled on visiting Penzance, Wyn read about the Minack Theatre near Land’s End. It’s an open-air cliff-top theatre, carved out of the landscape, with the backdrop of the Atlantic Ocean. It’s an outrageous concept, completely mad, and absolutely brilliant. It has a kaleidoscope of productions from April to September and the show while we were going to be there was ‘Jesus Christ Superstar’. We booked our tickets way back in February. Lonely Planet rates the theatre 5.0 (out of 5!) and no. 1 of 69 attractions in Cornwall. It is popular, and booking ahead is well advised.

It had  been a fairly wet and cool day, but the forecast was for the rain to stop so we kept the faith. We retreated to Penzance from the tin mines, to freshen up and have some tea. Then headed out again, almost to Land’s End and then across to the Minack Theatre. We were all ready for the cold and wet, but the wet held off and so did the wind mostly. We were shown to our lower seats, beside an organised group from the town where the group performing came from who shared some of their supper with us. 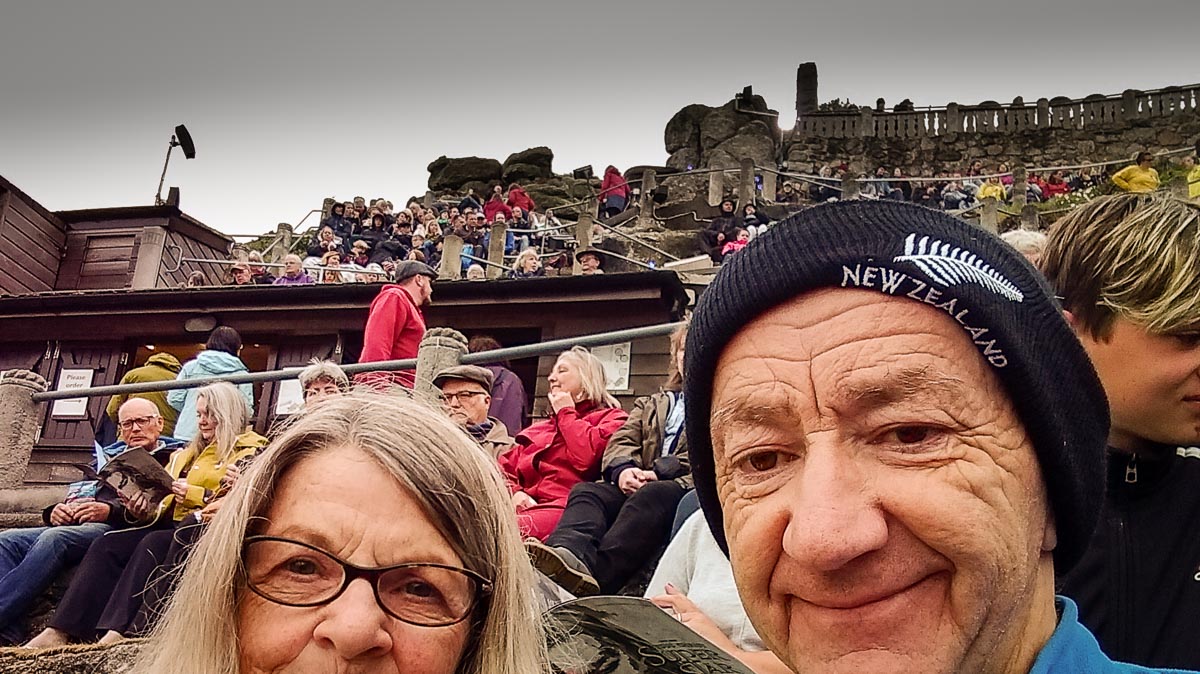 Waiting for the show to start at the Minack Theatre

It is an extraordinary venue, built in the 1930s by the landowner and her gardener, sort of on a whim. They kept improving it, and now the annual audience is 110,000, at around 700 people per sold-out show. 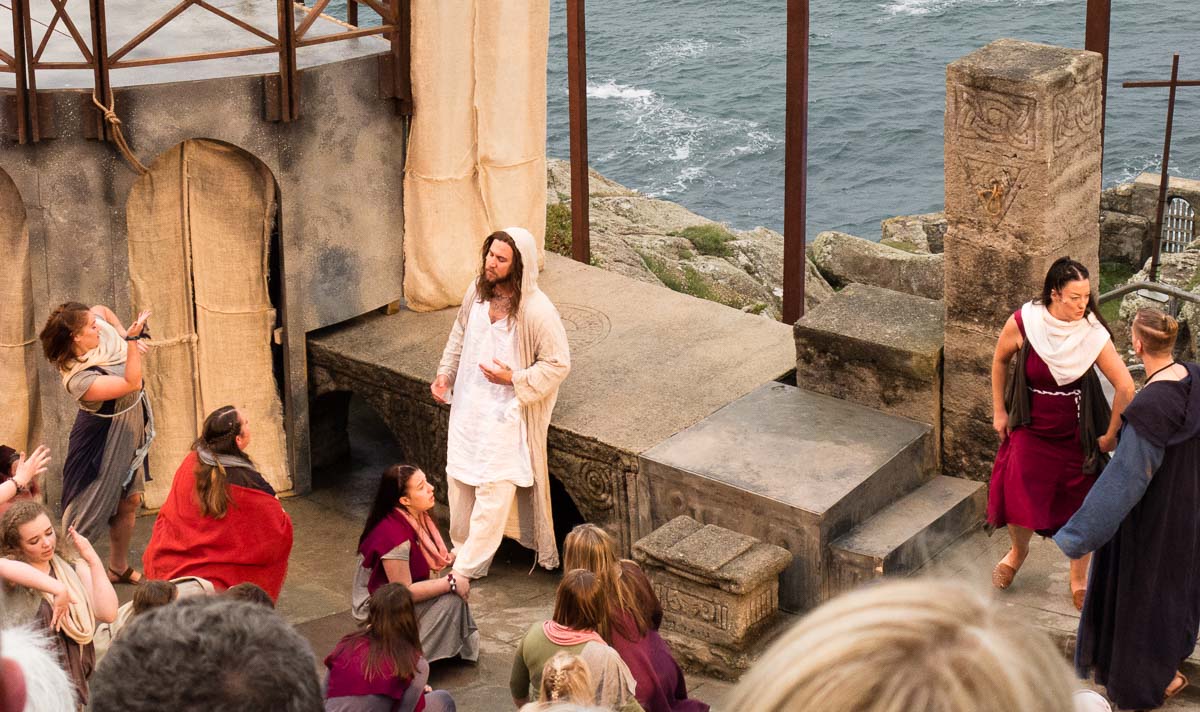 Jesus at the Minack Theatre 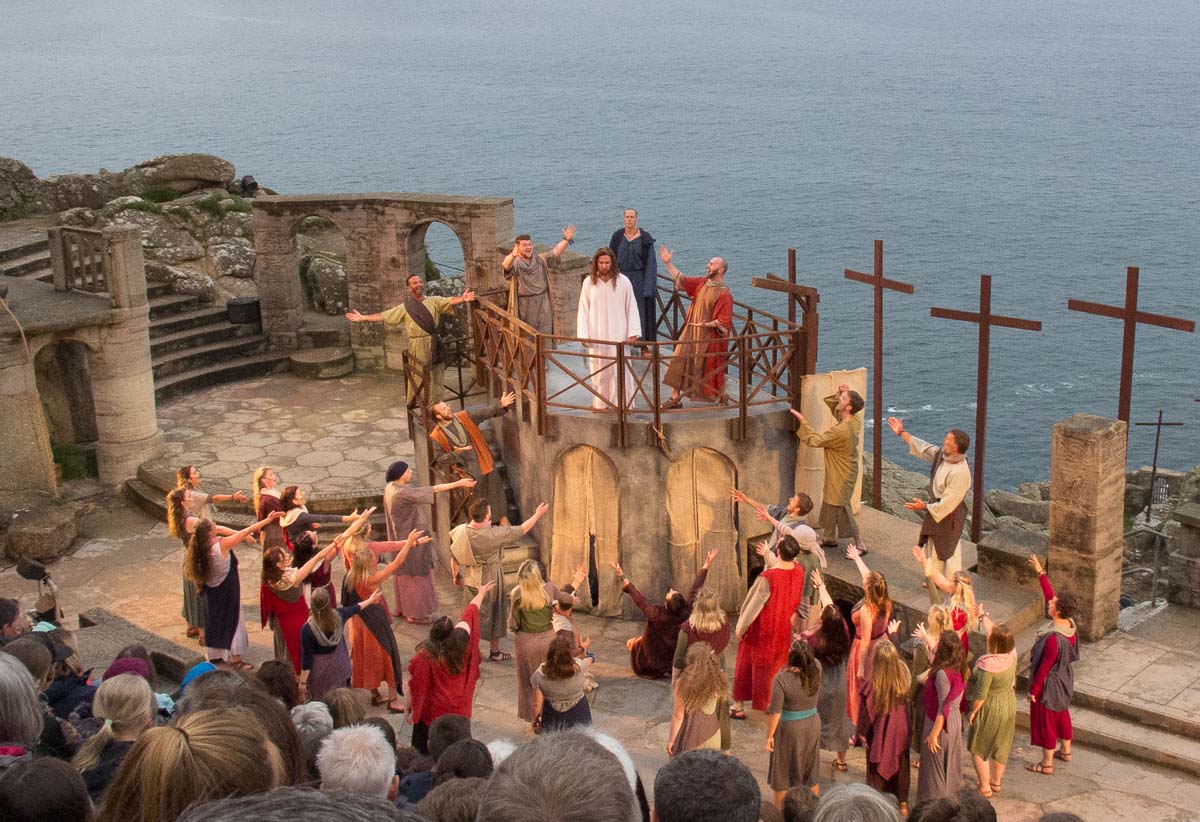 I assumed it was an amateur production, and my expectations were not high. How wrong could I be? They were wonderful and it was an excellent production. The sound was good, and the story was well told. And compelling.  The backdrop of the ocean and the rocks and cliffs was perfect. We knew the words and we had the LPs of the soundtrack. But this was much better. 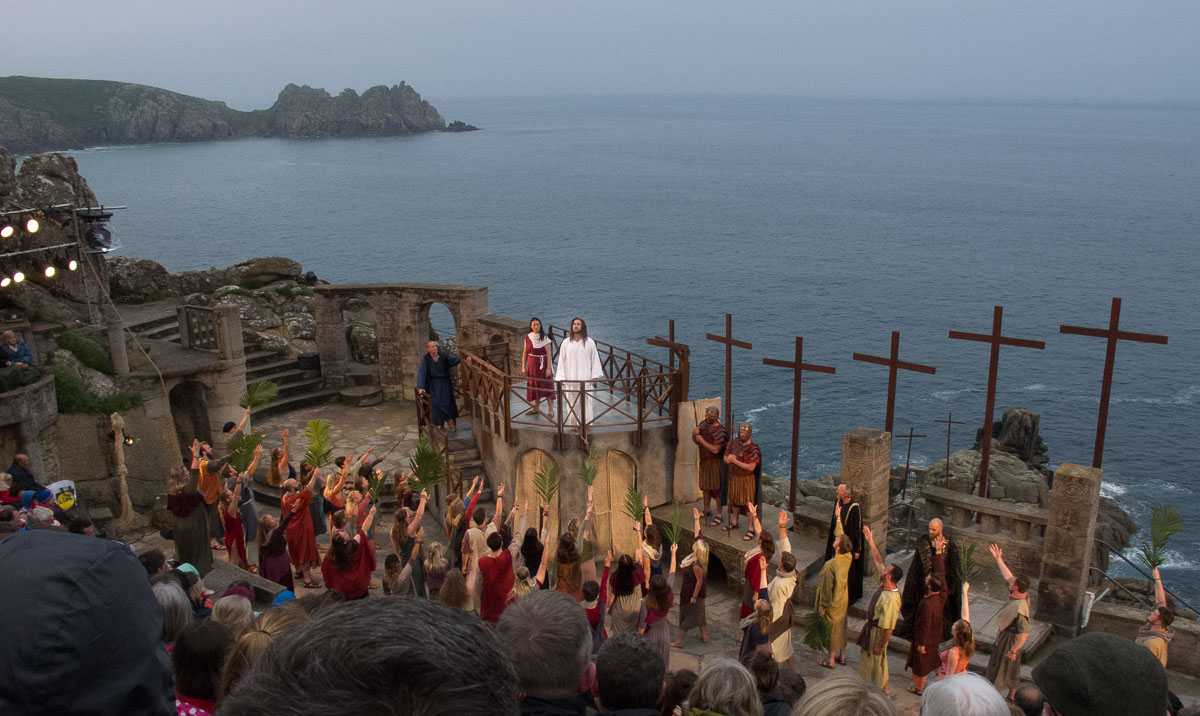 As dusk came the setting became even more dramatic 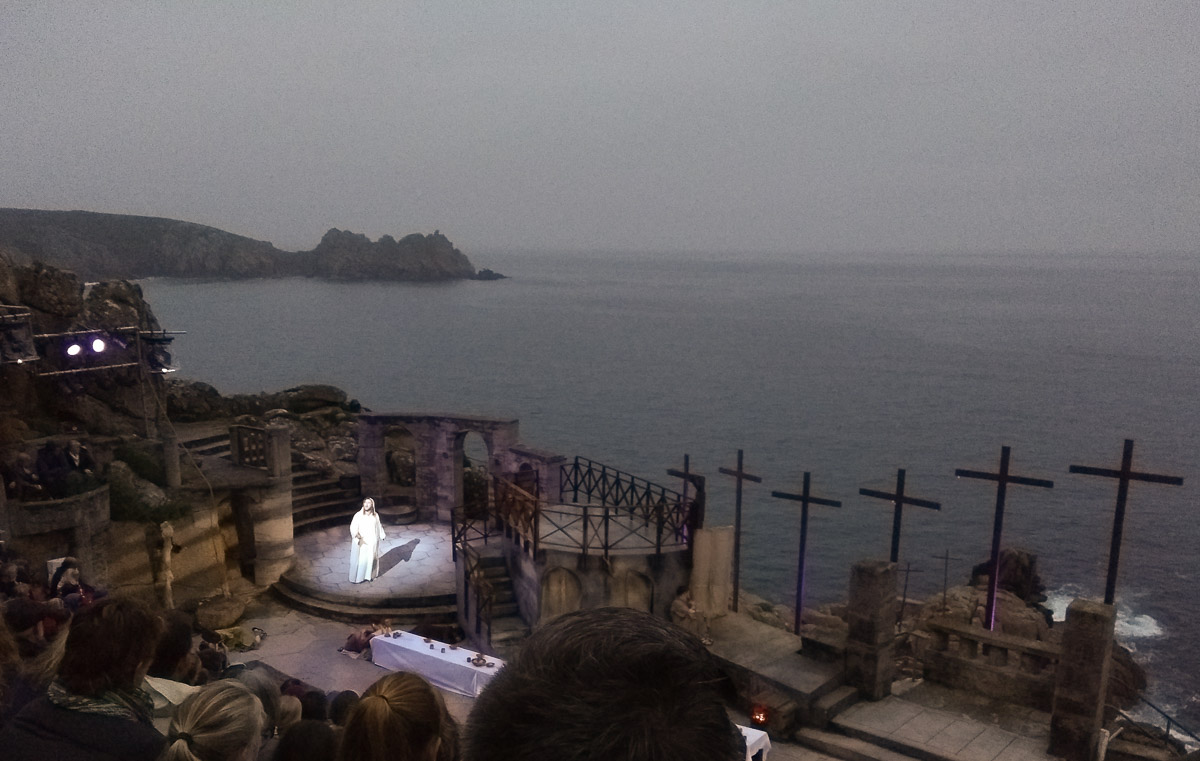 The story ended as we knew it would, but the performance showed how it got there. The ending was no less compelling than the first time it was told. The performers certainly took us along with them. I’m guessing it was the first time it had been presented in a venue anywhere near as dramatic as this. We were so pleased to be part of it.