Way back at the start of our England adventures we were travelling around Cornwall. When planning the trip we’d realised that we’d be travelling near to Port Isaac, a fishing village on the west coast. It’s a typical Cornwall fishing village, but it’s also the location for the Doc Martin TV programme. We both enjoy watching the show although it’s fair to say that Wyn is the bigger fan. One of Wyn’s ancestors had come from Camelford and we stopped for two nights at St Teath, a couple of miles away. And Port Isaac is only a few more miles away from there. It was a nice morning and we decided to head to Port Isaac first, in case it got overrun by tourist crowds later on – it is a very small village.

We knew enough not to try to drive right down to the town and had a nice walk down from the car park. It is a lovely village with little lanes and alleyways. 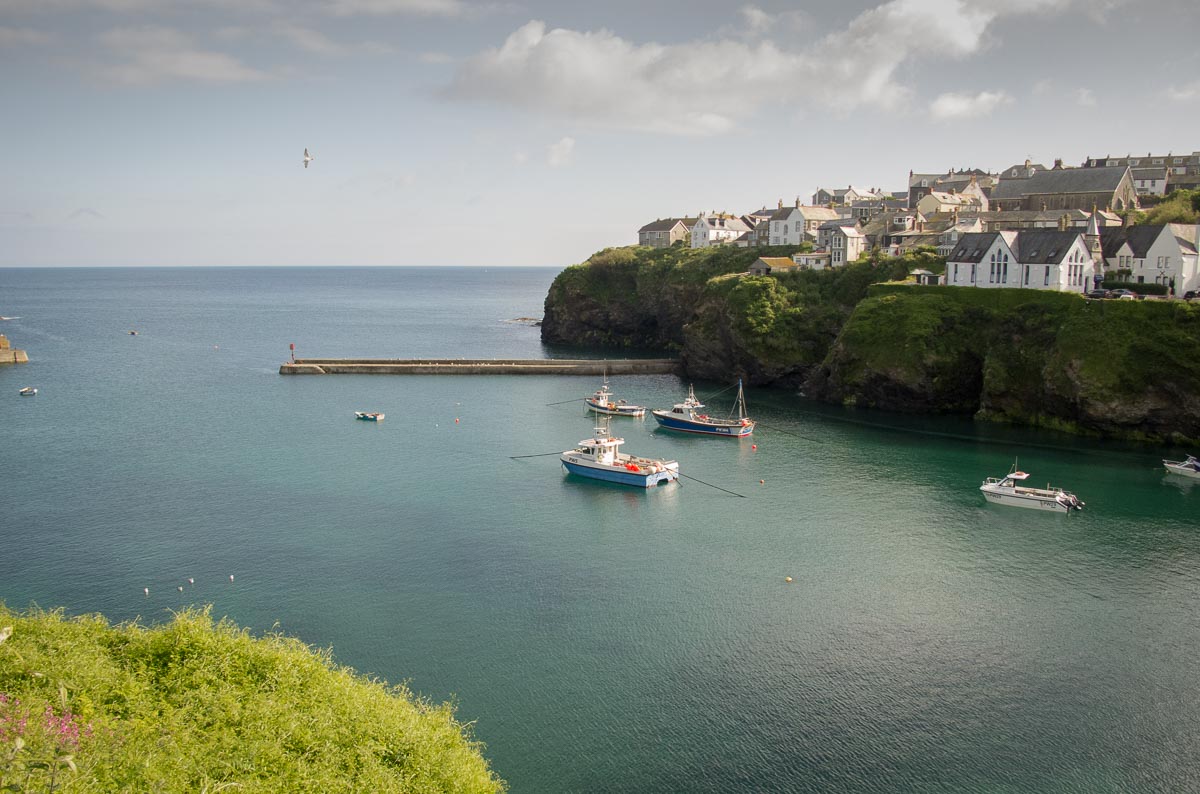 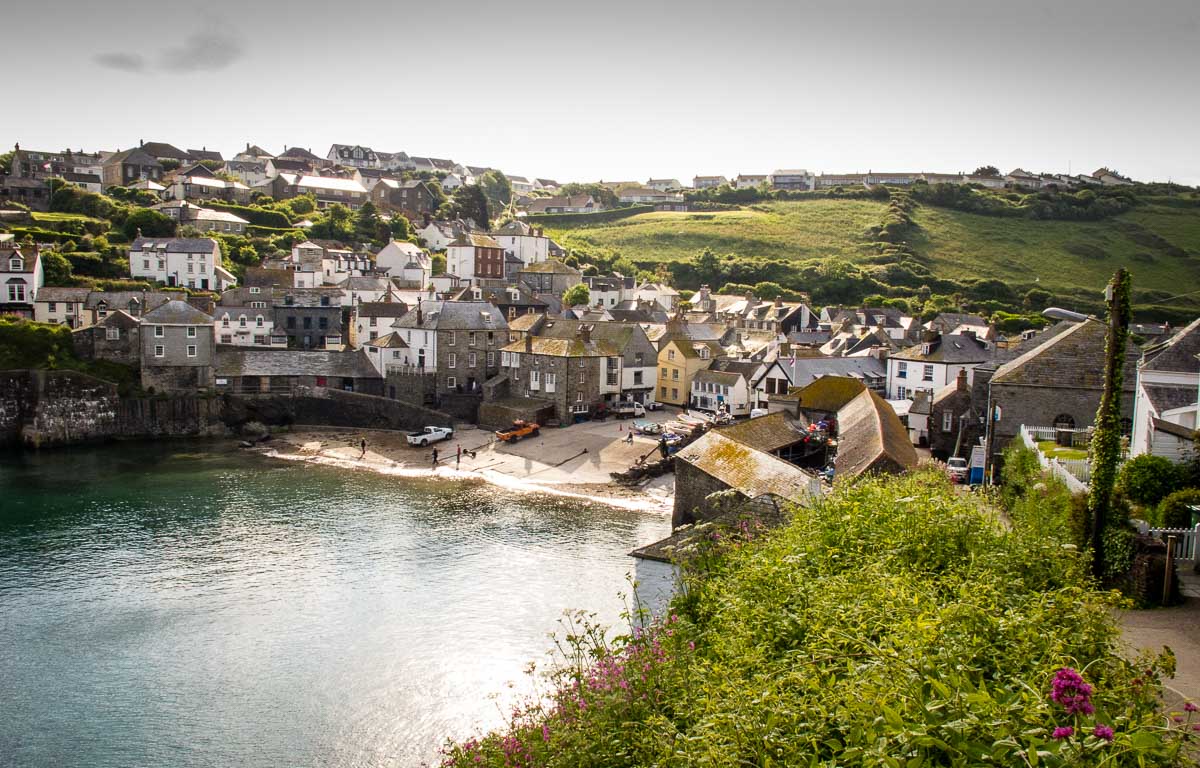 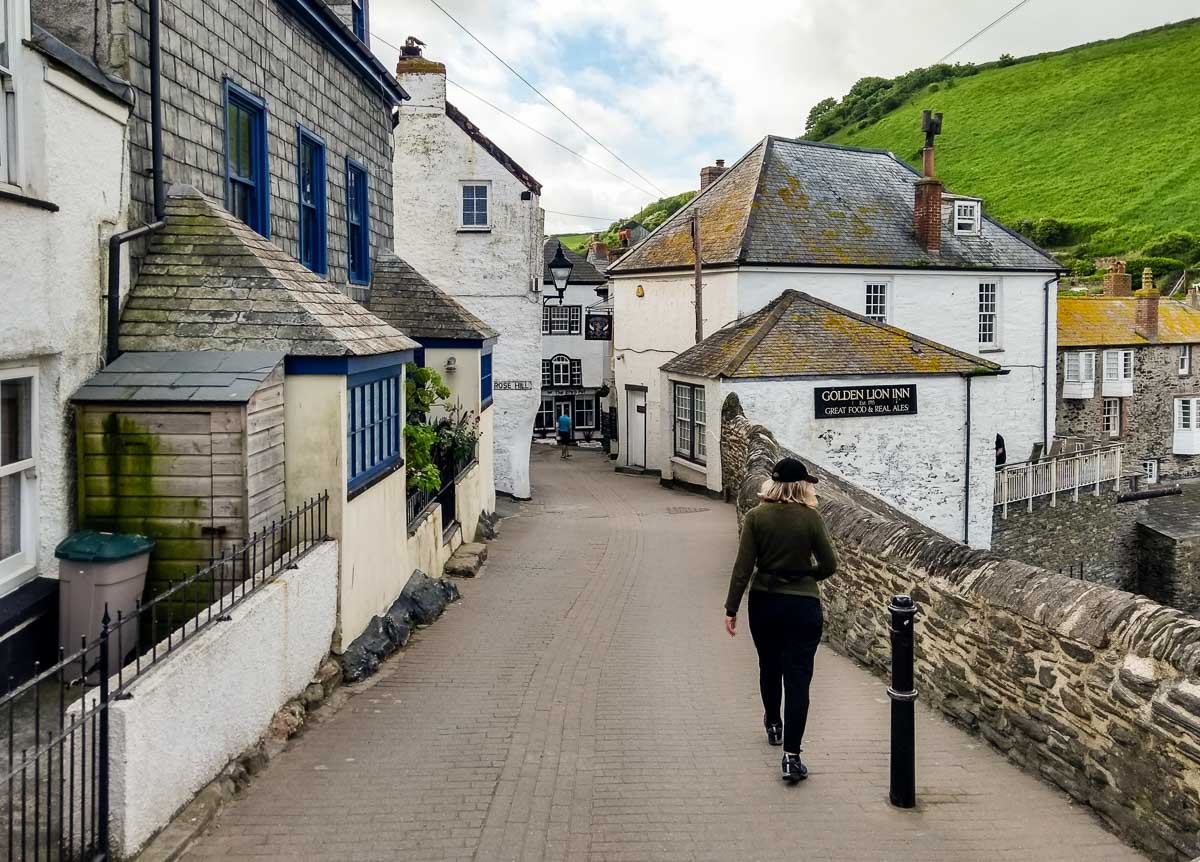 We almost had the place to ourselves for a start 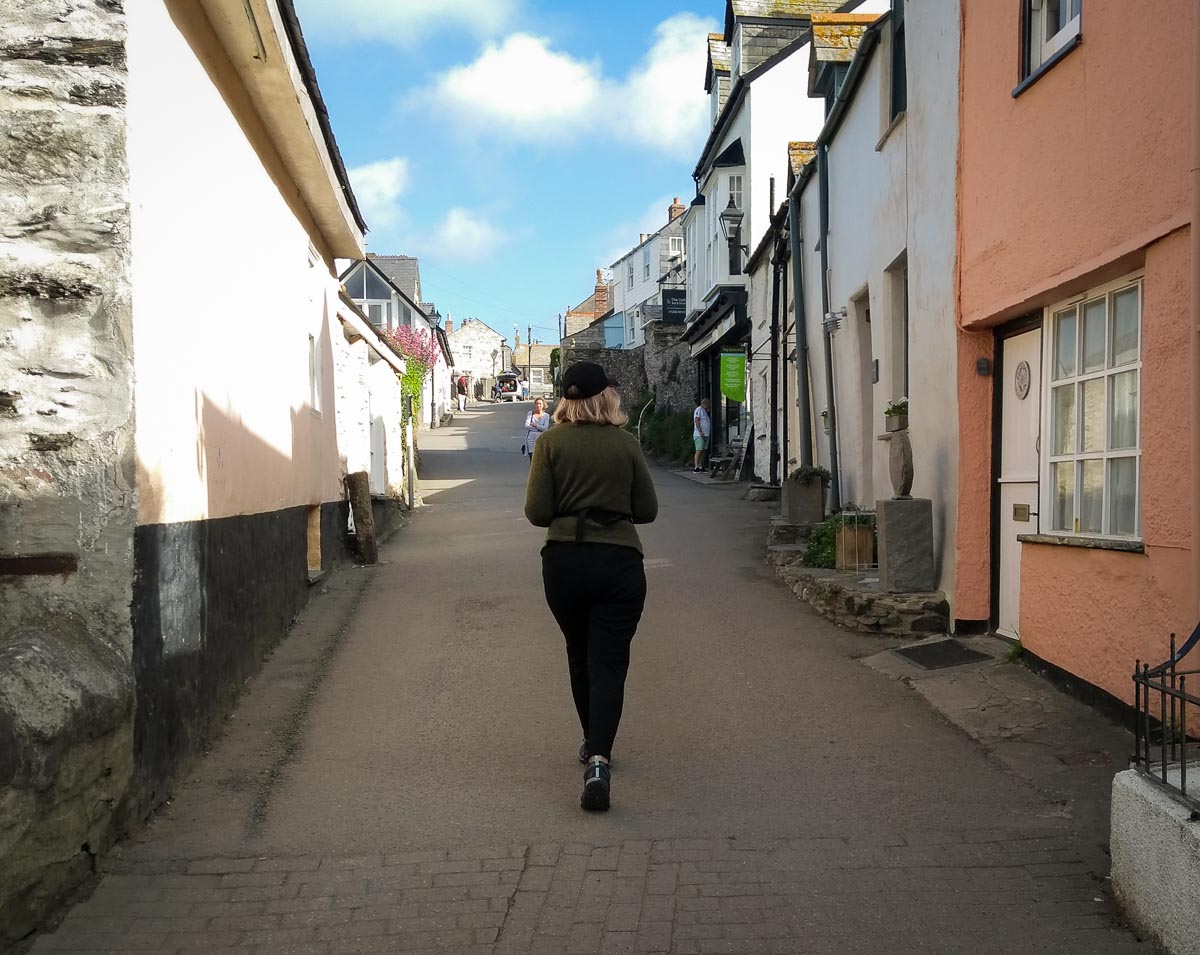 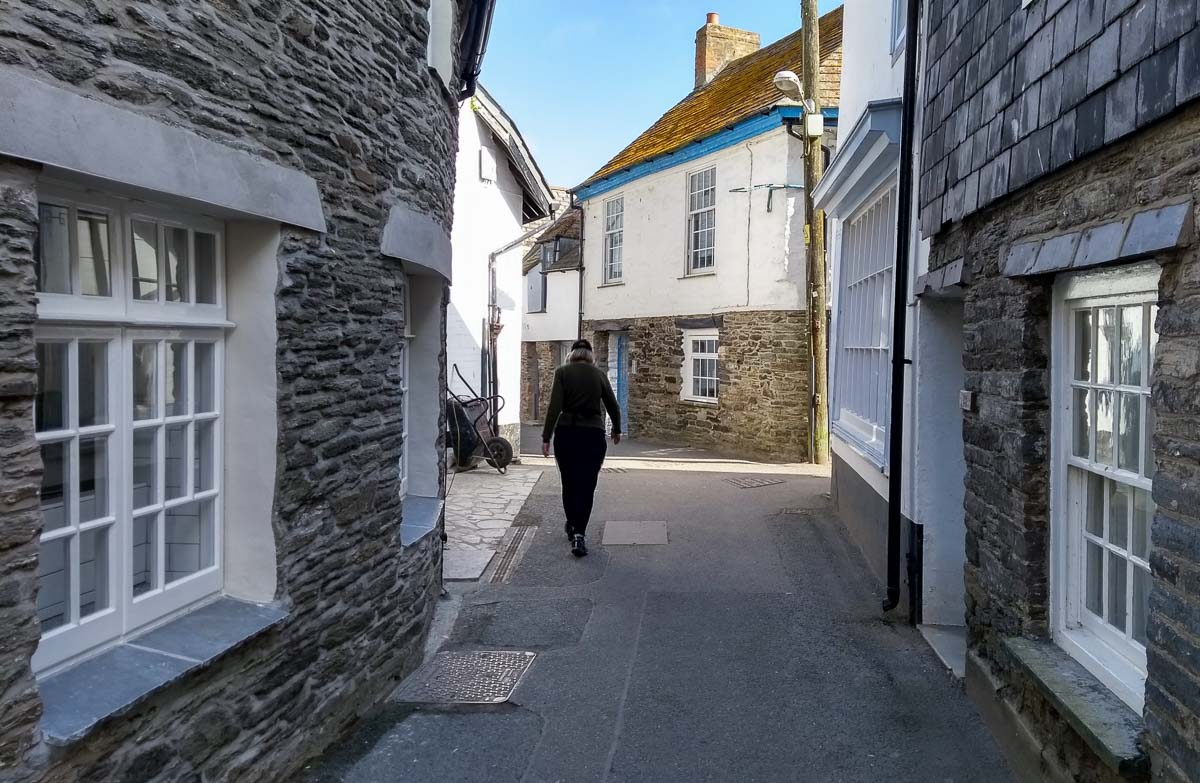 So many lovely little lanes

We’d come in search of the TV show locations and eventually found a sign pointing us in the direction of the house used as Doc Martins’. 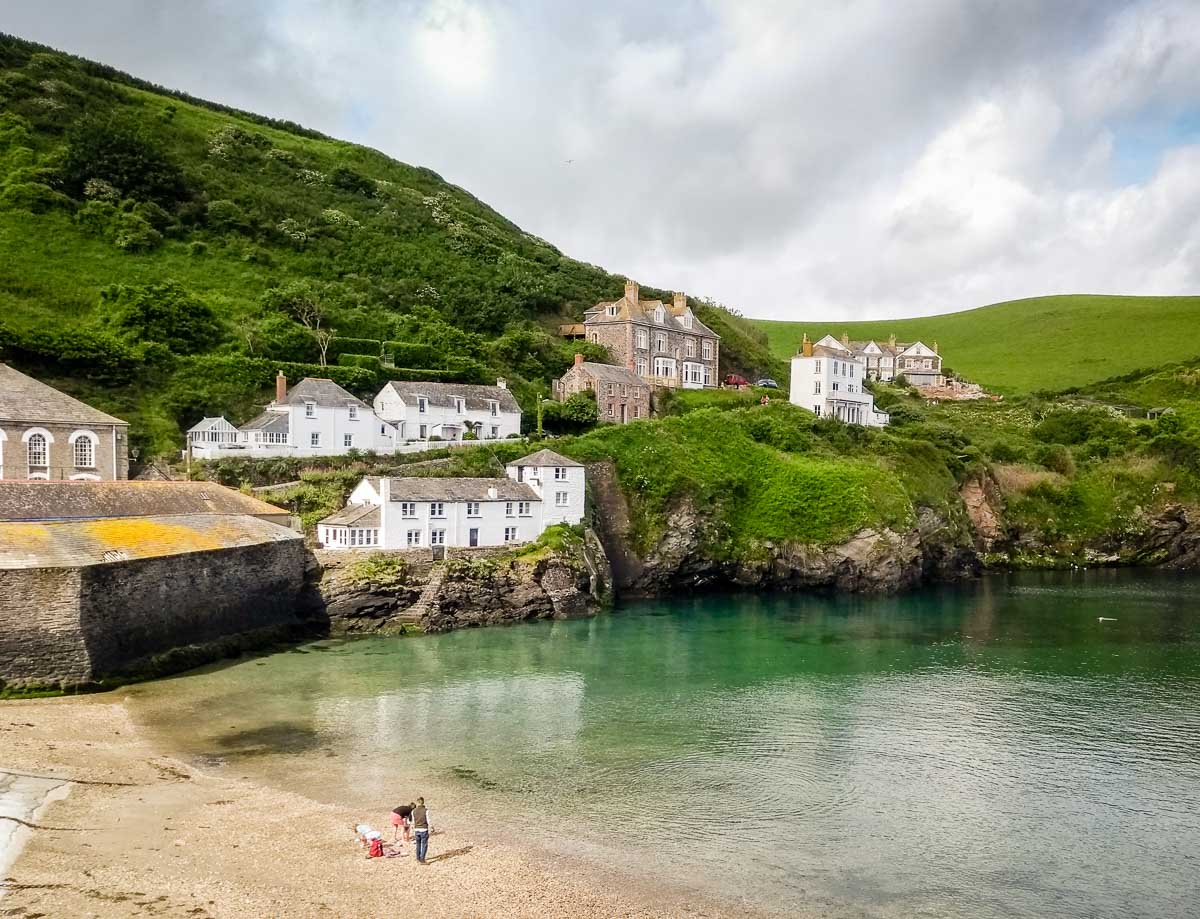 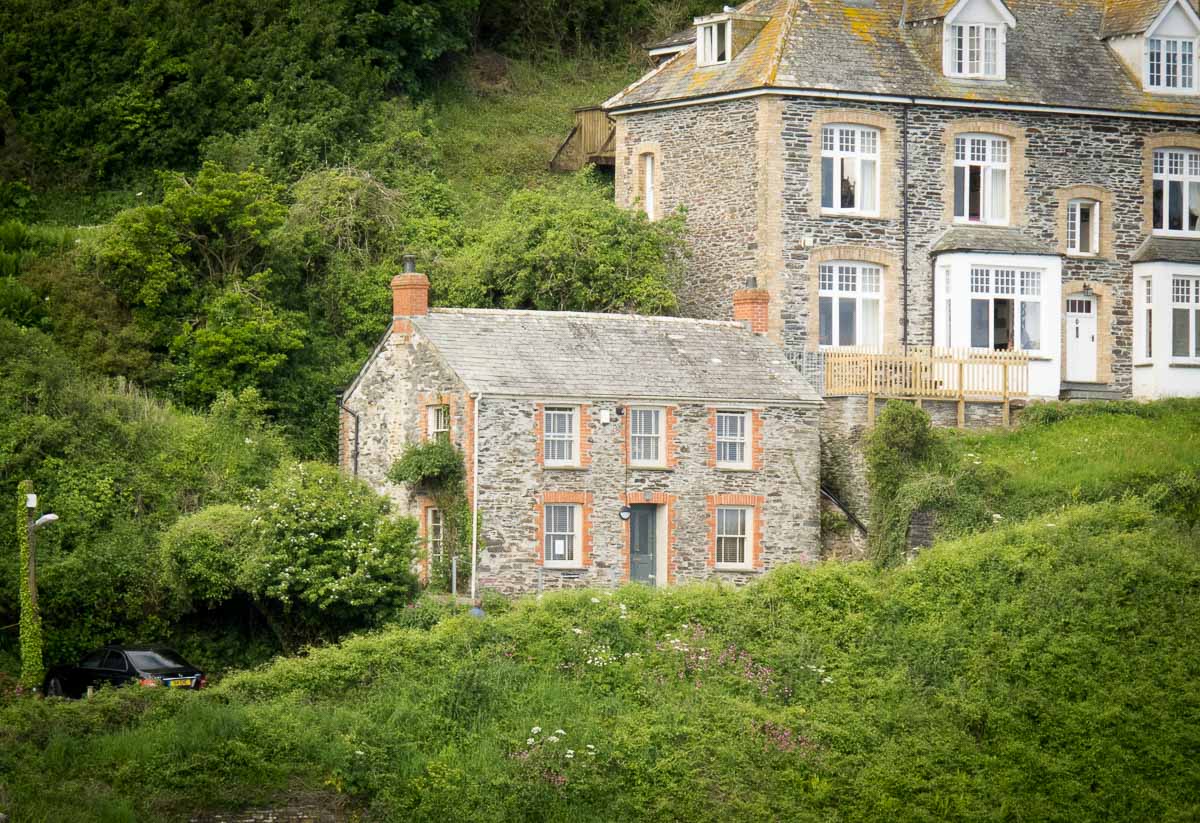 Doc Martin’s house – the little one

We weren’t exactly sure which one it was. There was another couple walking around nearby and Wyn asked the woman something like “Is this his house?” and the woman knew exactly what she was asking about and they agreed it was. She was from Canada. People come from far and wide to see Doc Martin’s village and house and everything else. It’s lovely. 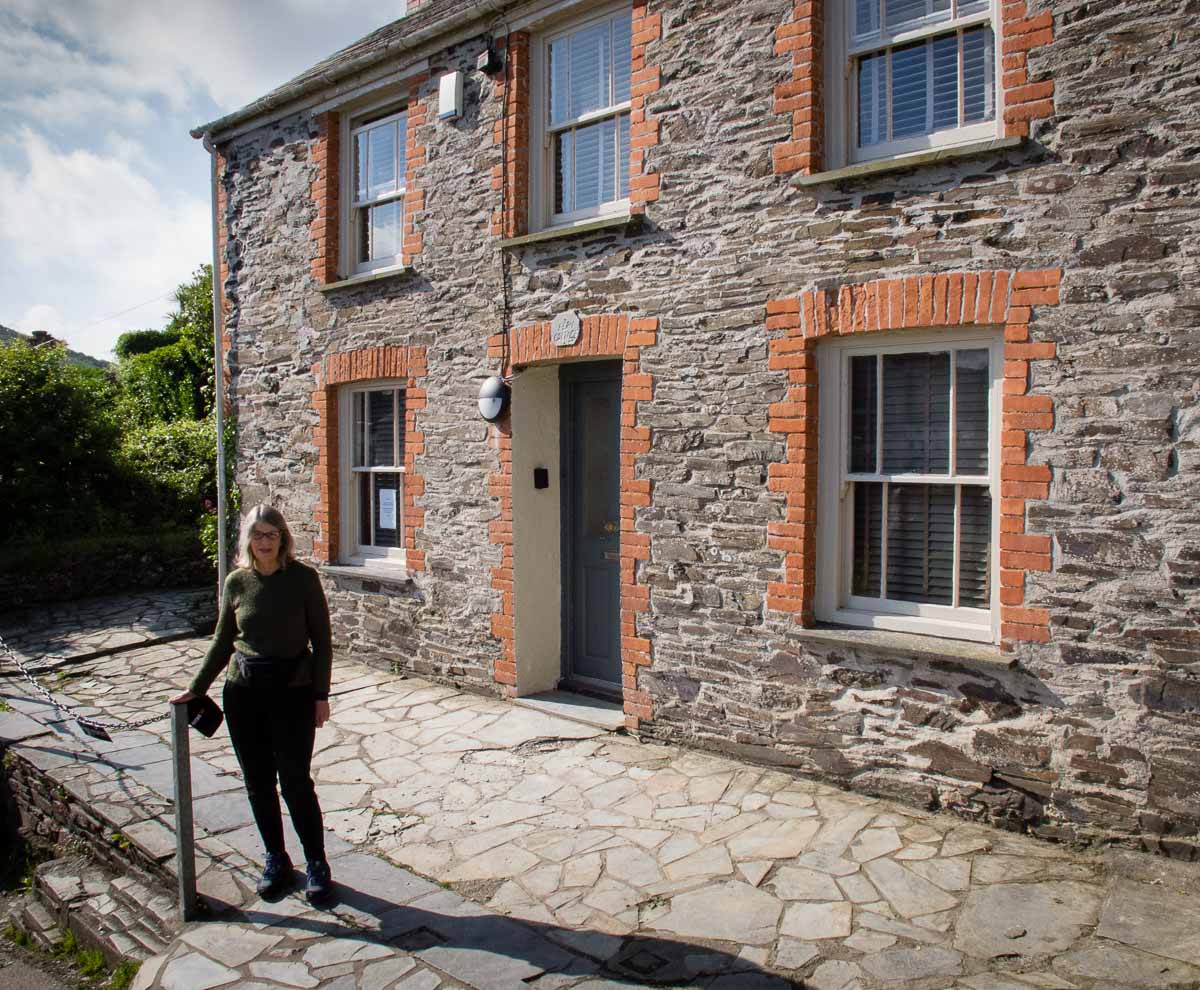 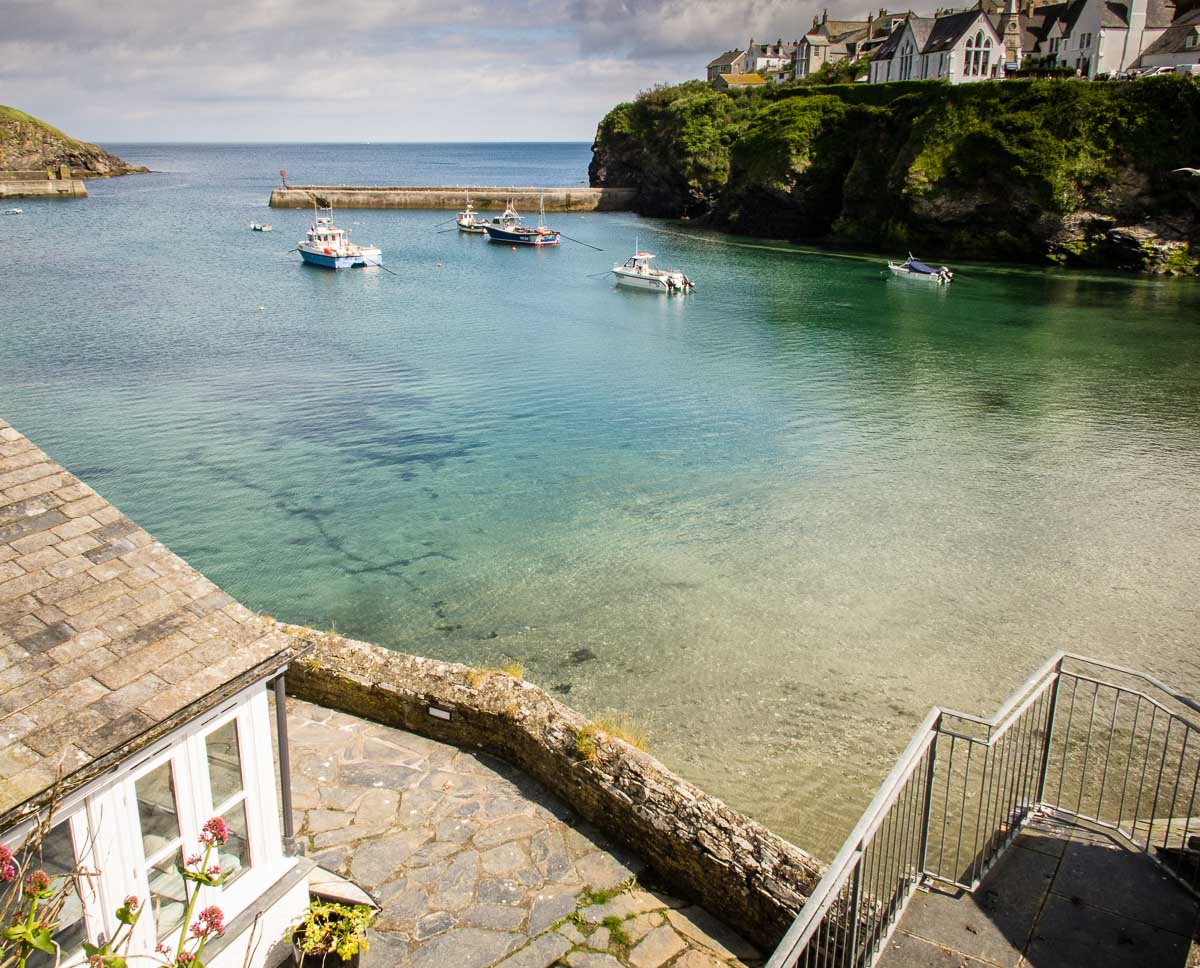 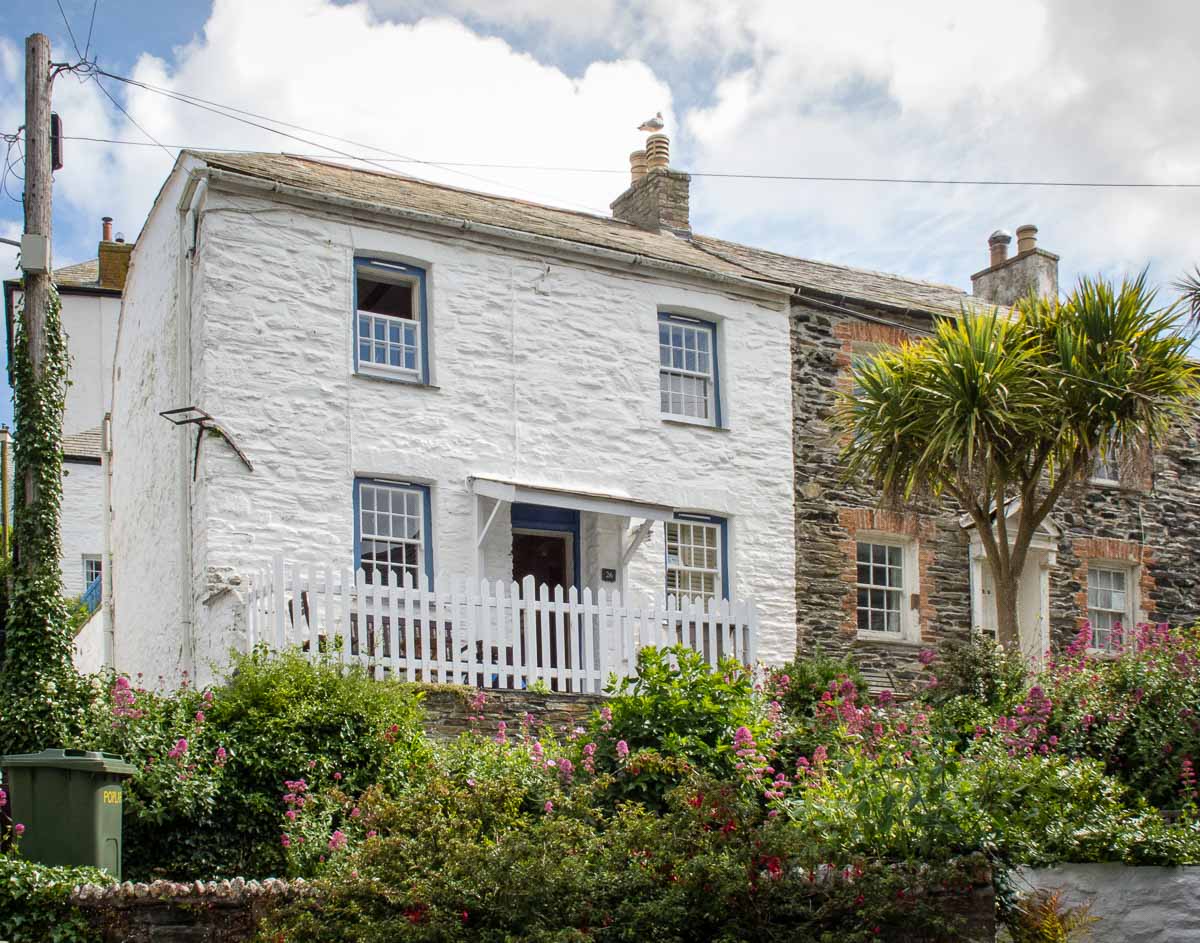 Aunt Ruth’s house, with a NZ cabbage tree in front

We eventually found a map of the locations, which helped our searching around. And our wanderings revealed many lovely lanes around the village. 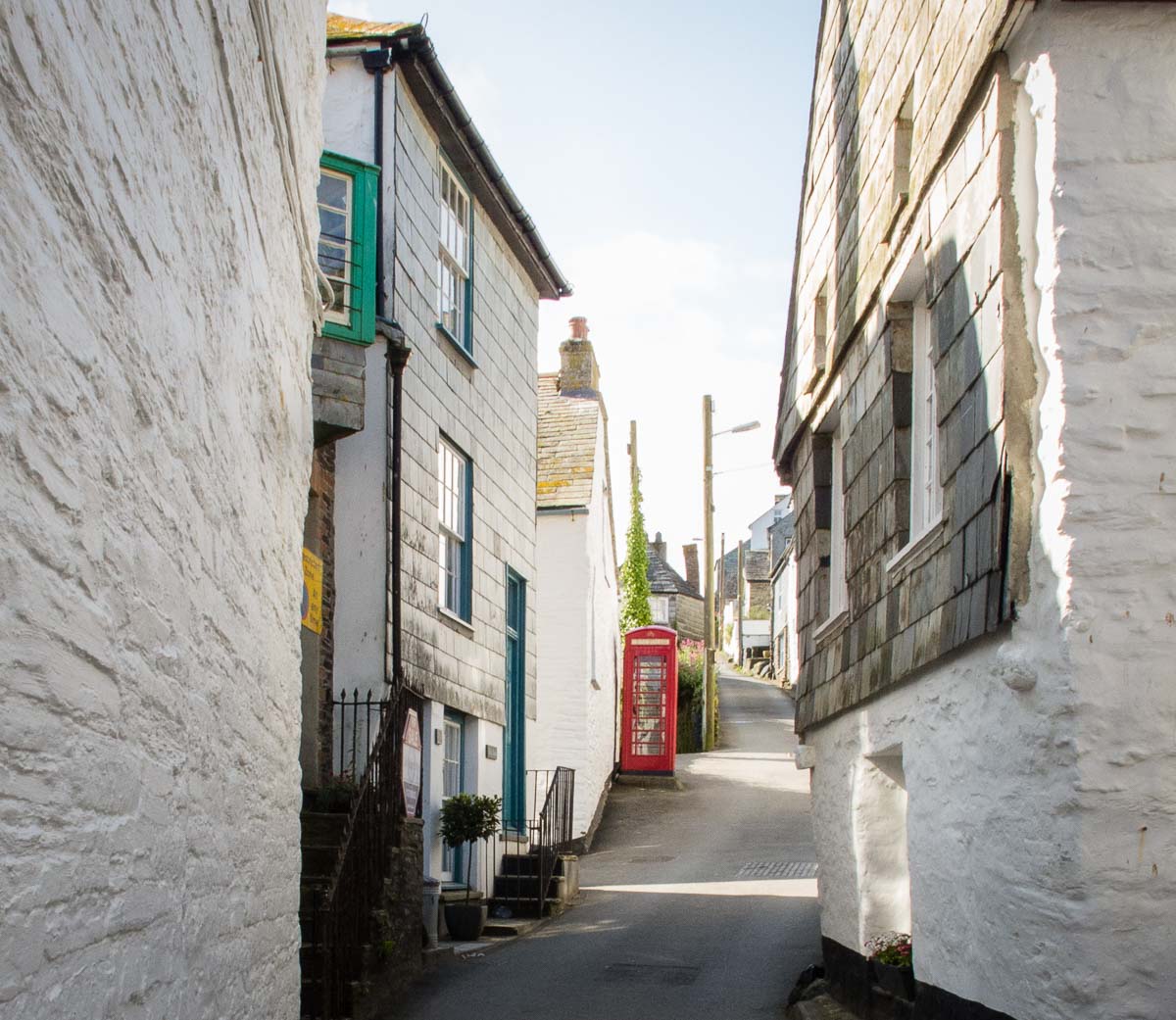 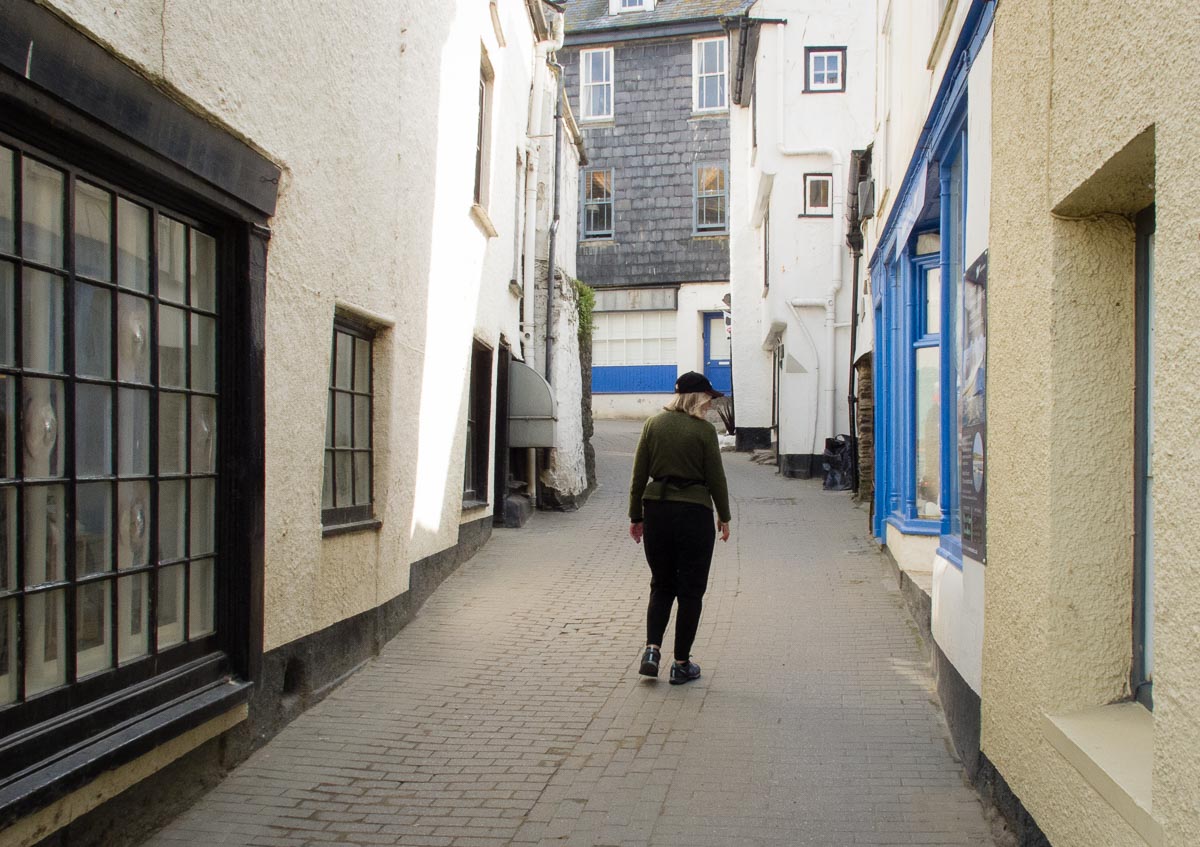 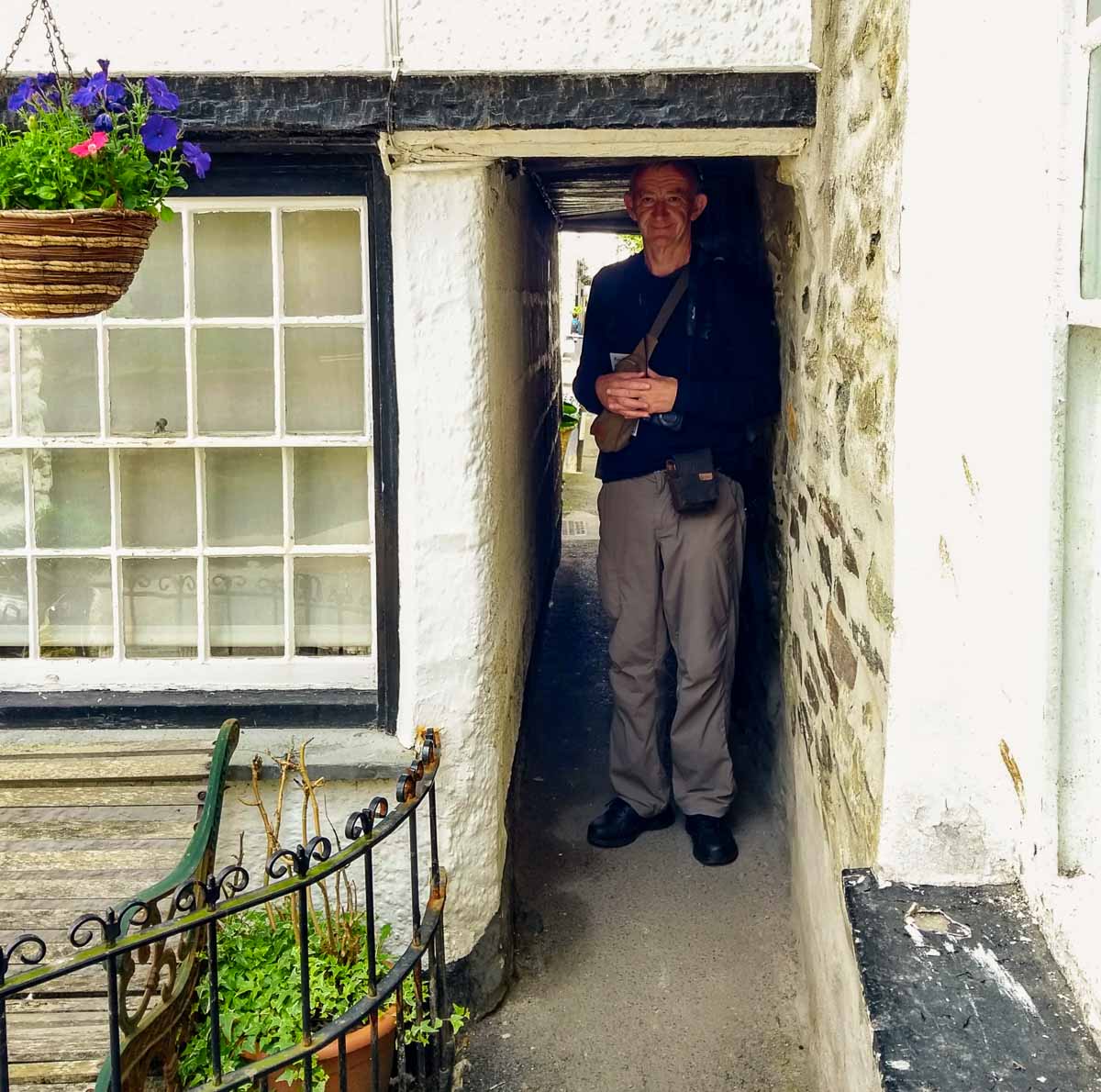 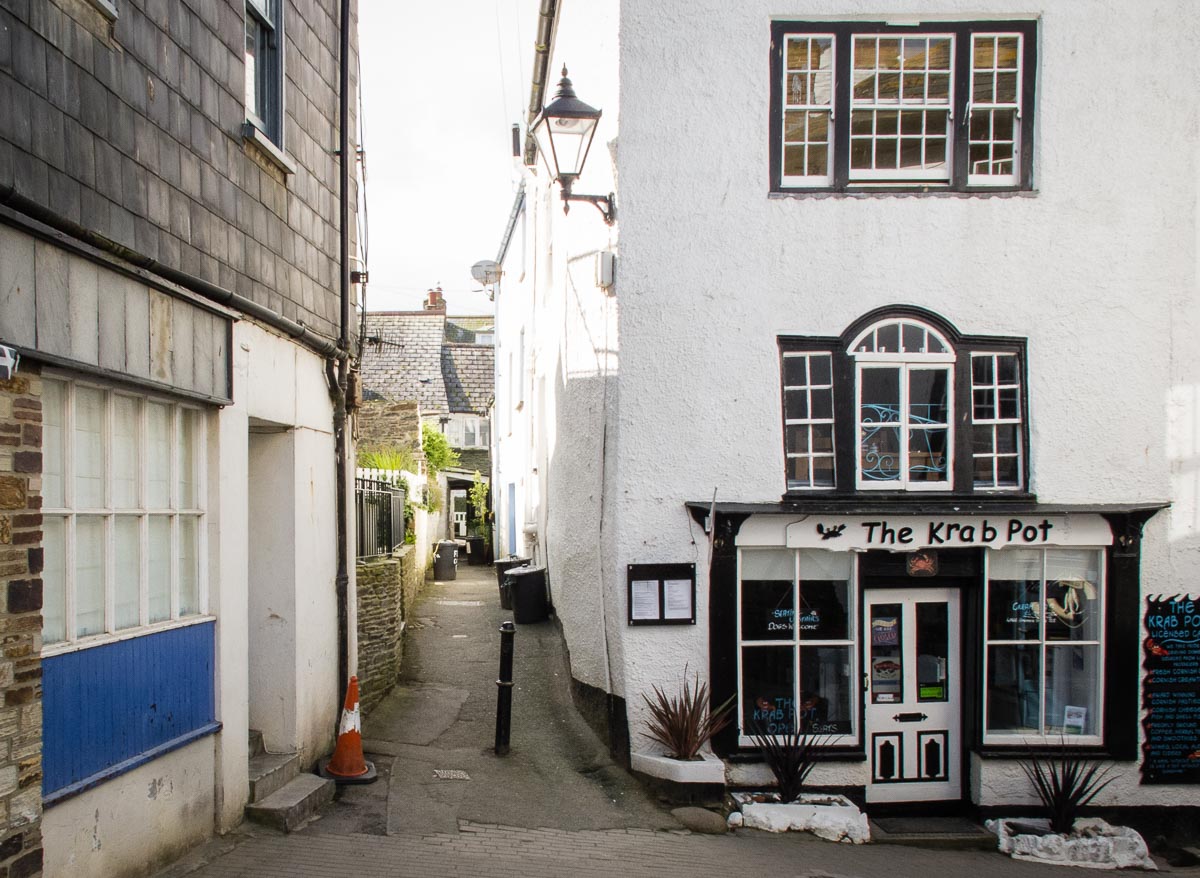 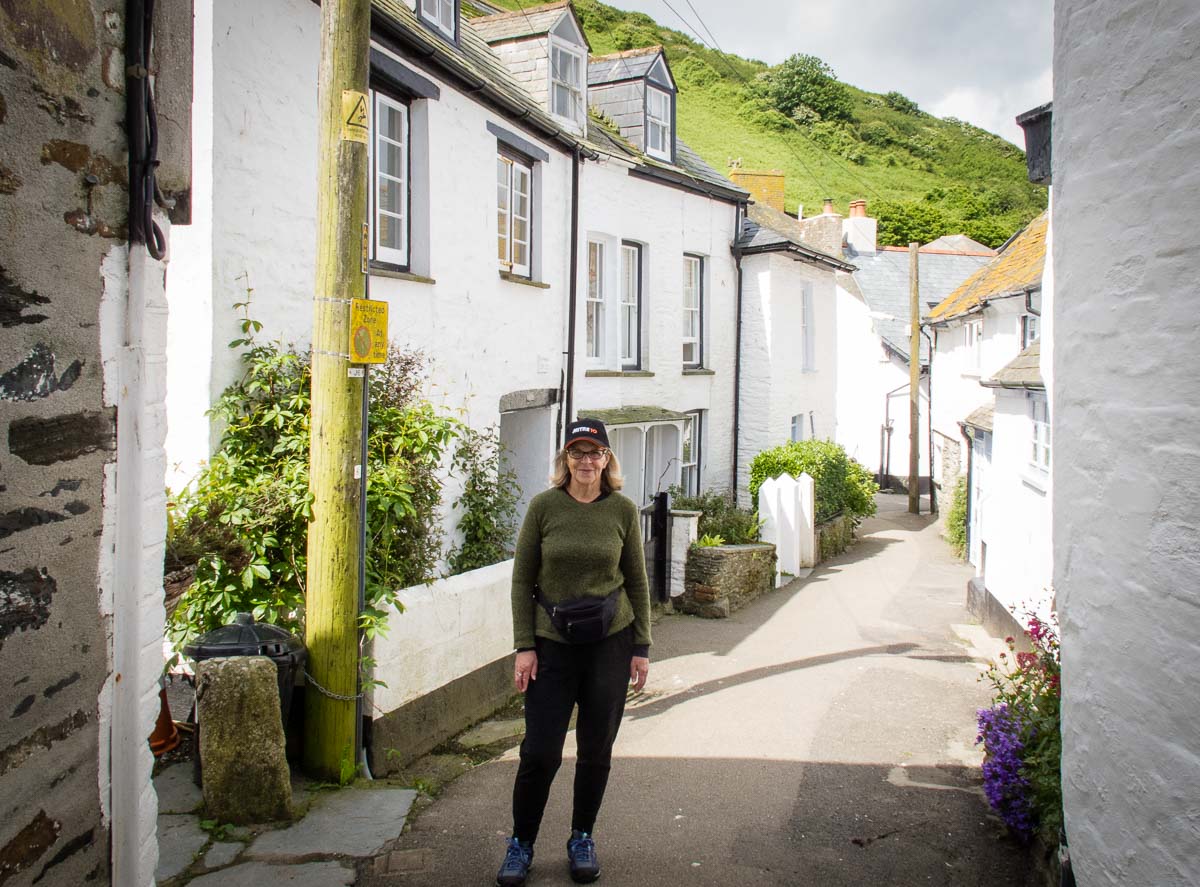 You wonder if they’d be allowed to build so close these days. Or is it a better way of living? 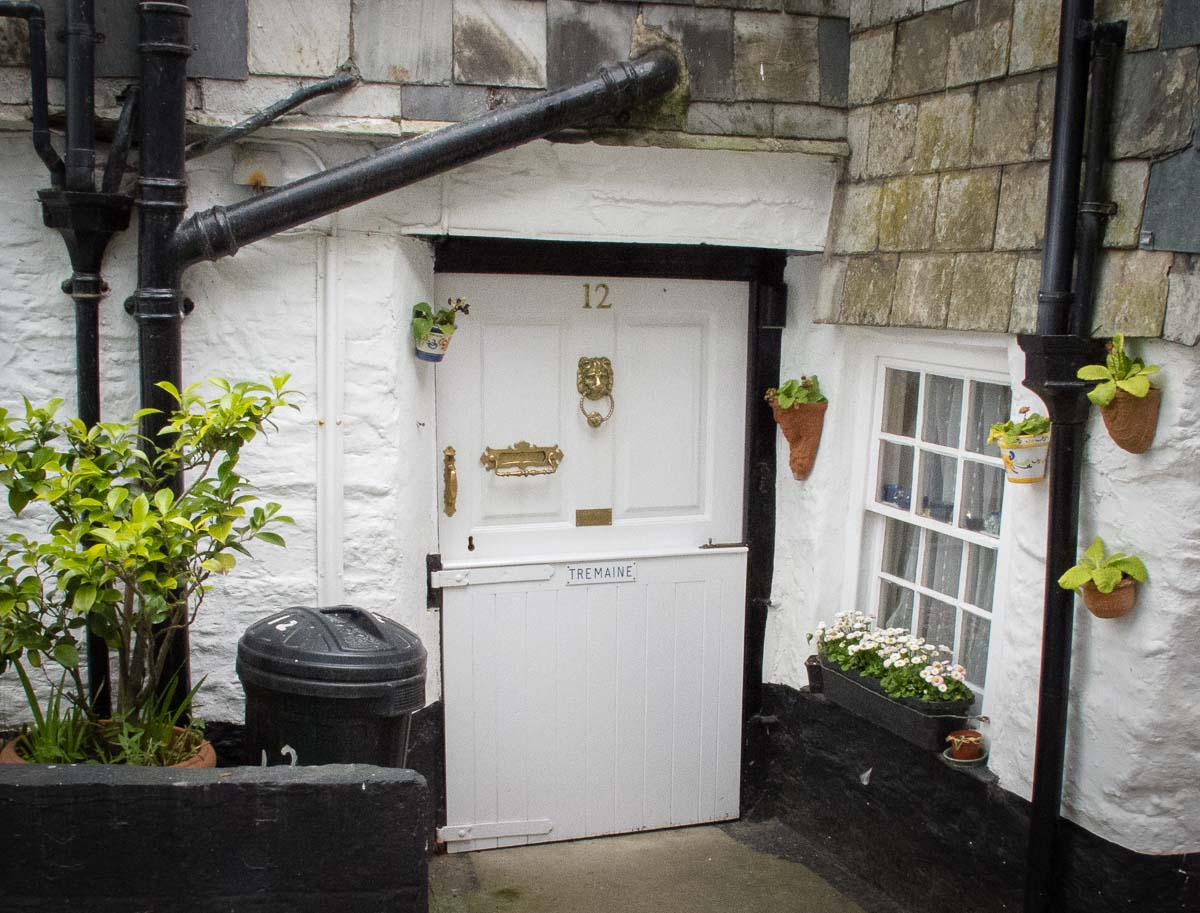 My fascination with the lanes extended to doorways and plumbing 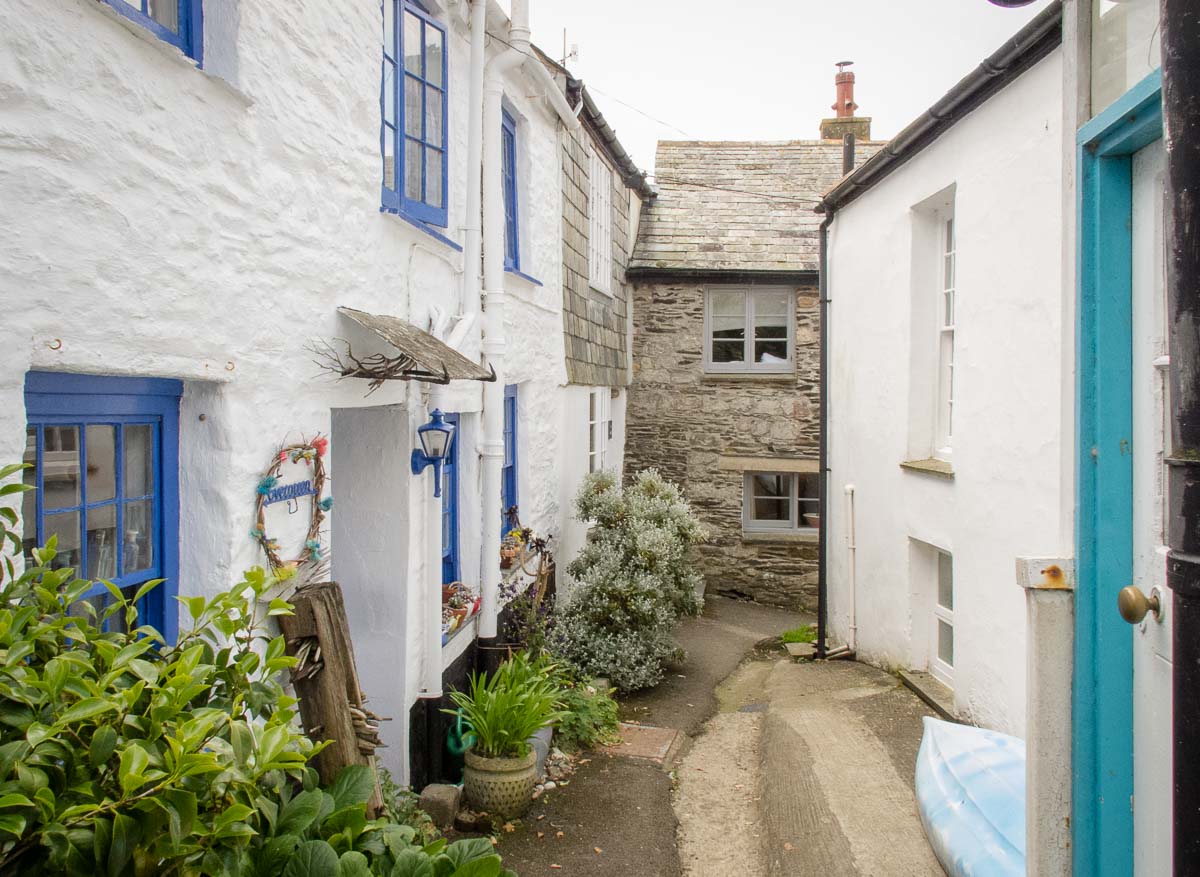 One last lane picture. They fascinate me because of their difference to everything I know from New Zealand. I wonder what it’s like living there, getting stuff delivered …

Port Isaac is at pains to point out that it’s more than just a movie (‘Saving Grace’ 2003) and TV show set. It is, but it’s rather like a type-cast actor – it’s always going to be associated as the location for the Doc Martin programme. However, it’s still a working fishing village, which is its saving grace. 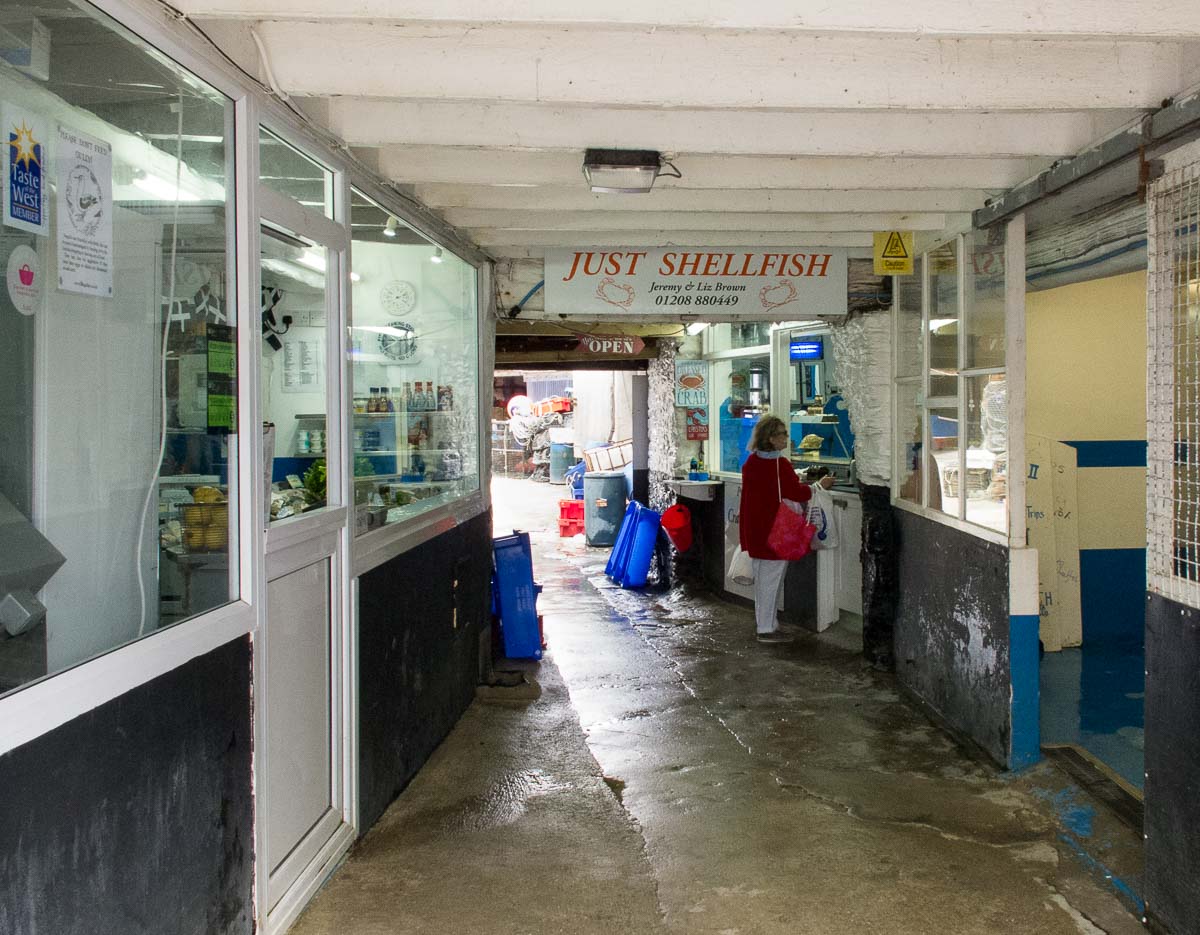 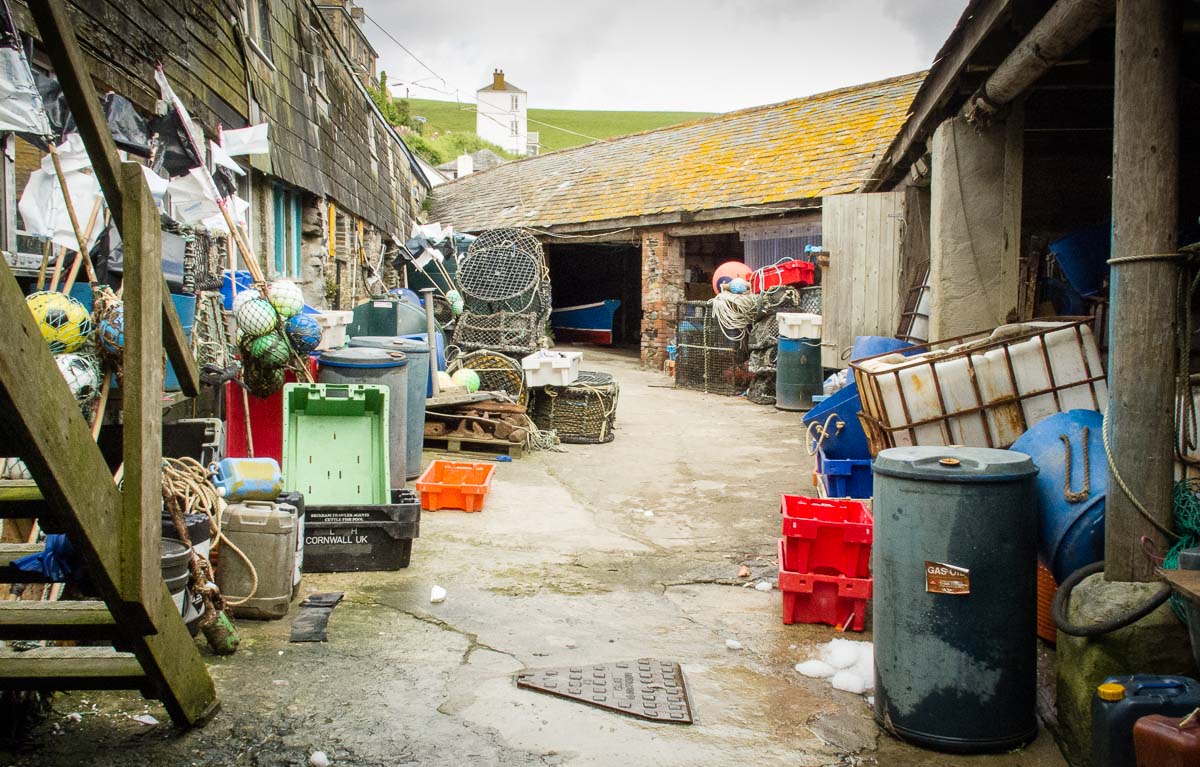 Behind the fish market. Can you smell the fish?

The fish market is on Fore Street. One thing I’ve learned is that where most towns have a High Street as the main street, some have a Market Street, and fishing villages have a Fore Street.

Port Isaac is a delightful village for many reasons. It is quaint and beautiful, it is idylic, and yet it remains real. It’s almost like it’s too small to spoil.

Port Isaac has not been spoiled by being famous – yet.

We could have wandered around for much longer. But the morning was getting on and the visitor numbers were increasing, so we reluctantly walked back up the hill and headed off in search of a castle.

4 Responses to When is Port Isaac Not Port Isaac?