Once we’d decided on Cornwall as our first destination in England, Wyn was checking out what we might visit, and at the top of her list was St Michael’s Mount, near Penzance. St Michael’s Mount is a castle on the top of a small island just offshore. In fact it’s not always offshore. At low tide there is an isthmus that can be walked across. So I guess it’s an occasional island. Occasionally it’s an island and occasionally it’s not.

If this seems to ring memory bells with something similar in France, it’s no coincidence. Mont Saint-Michel in Normandy is a similar occasional island with a monastery which was established first. Edward the Confessor gave the Cornwall Mount to the Norman abbey of Mont Saint-Michel in 1135. Benedictine monks from this abbey were invited to establish a priory in Cornwall, and St Michael’s Mount church is the result. It seems the Cornwall island is smaller, and closer to the mainland.

The weather the day before had been wet and we knew it was forecast to improve, so we planned our visit to St Michael’s Mount for our second day in Penzance. It is just a few kilometres to the west. We headed off early to beat the expected Half-Term holiday crowds. This meant we were ahead of the causeway opening time of 10.55am which wasn’t a problem as there are cool little shuttle boats at £2 each with a bit of history on the way. 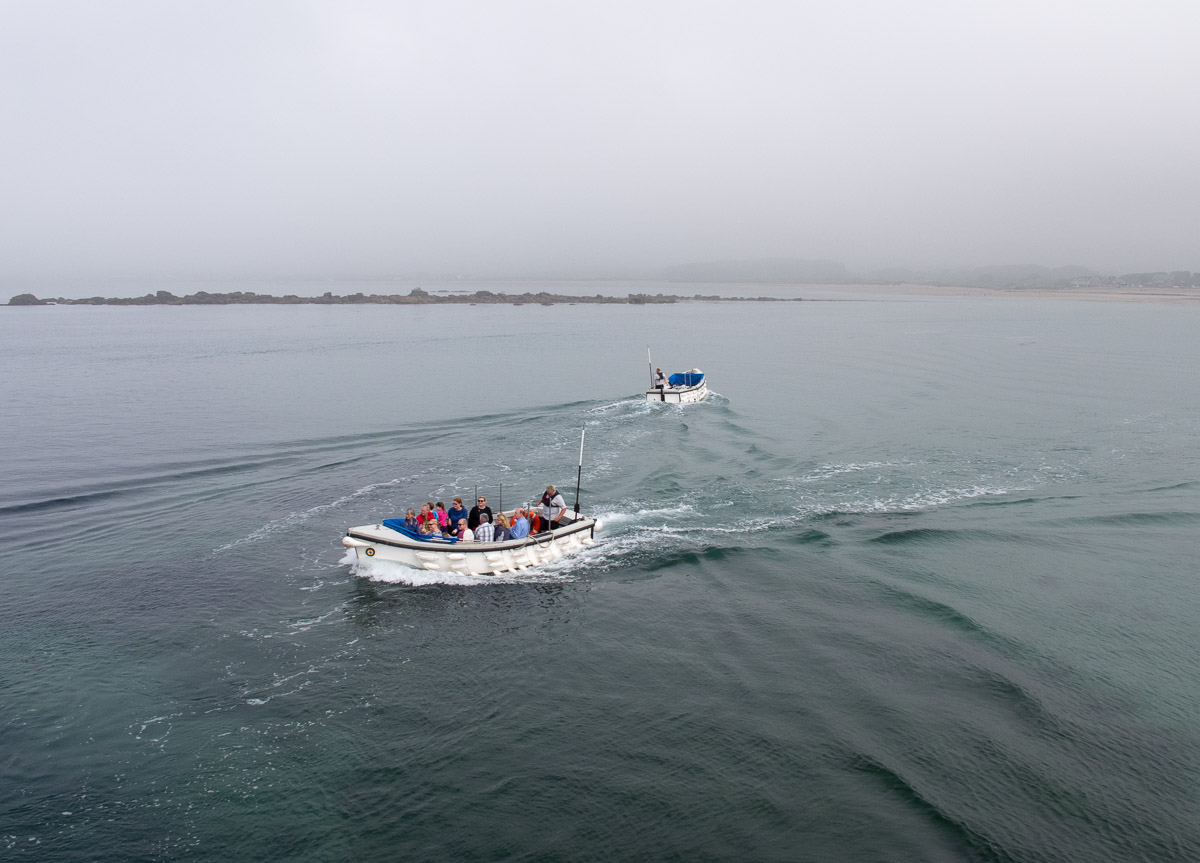 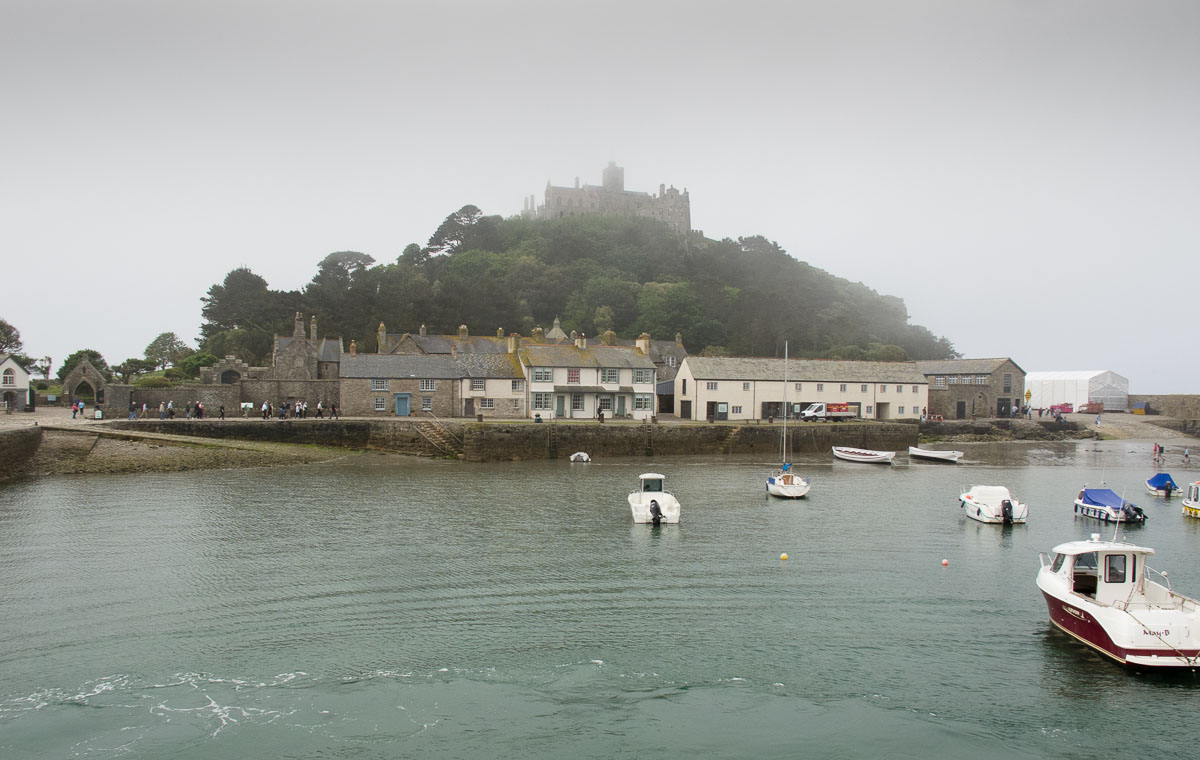 While most were rushing up to the castle, we waited around in the village below for an excellent (free) tour of the village. This explained the history of the island and castle and was well worth the time. 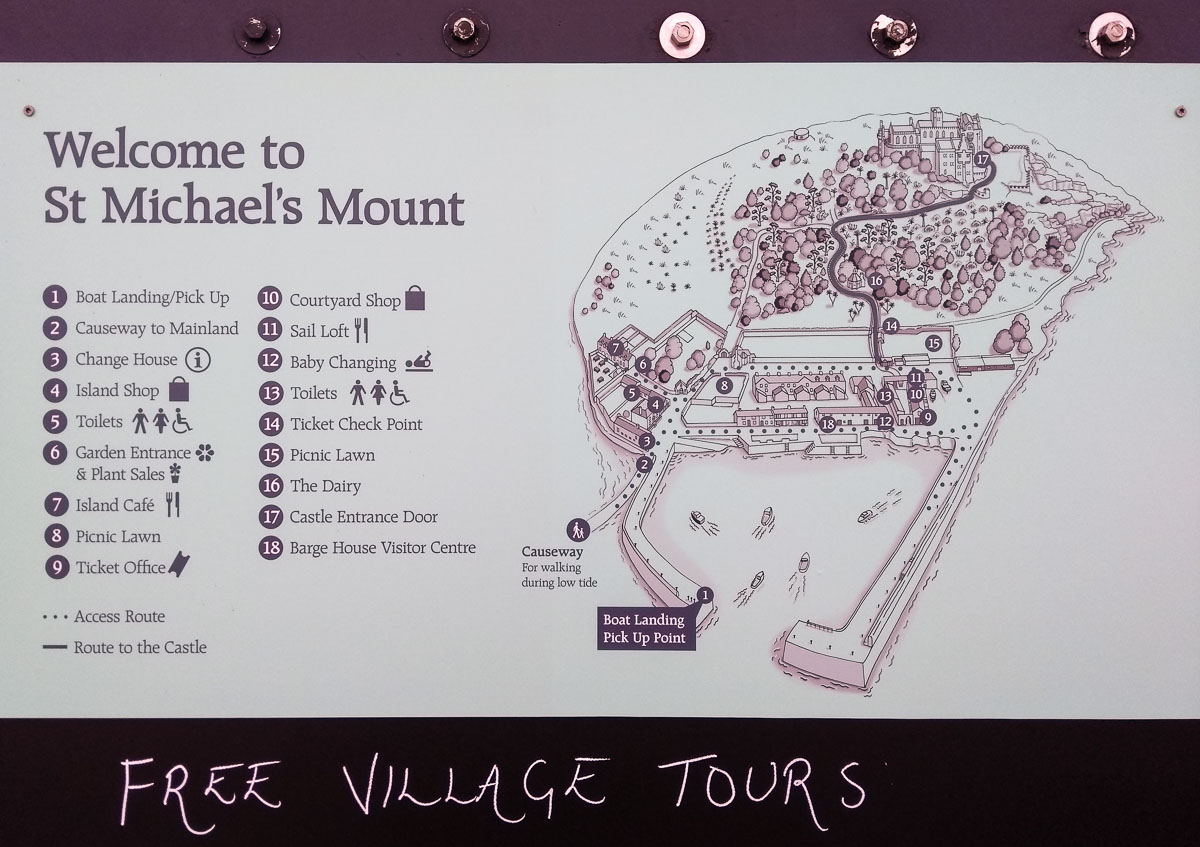 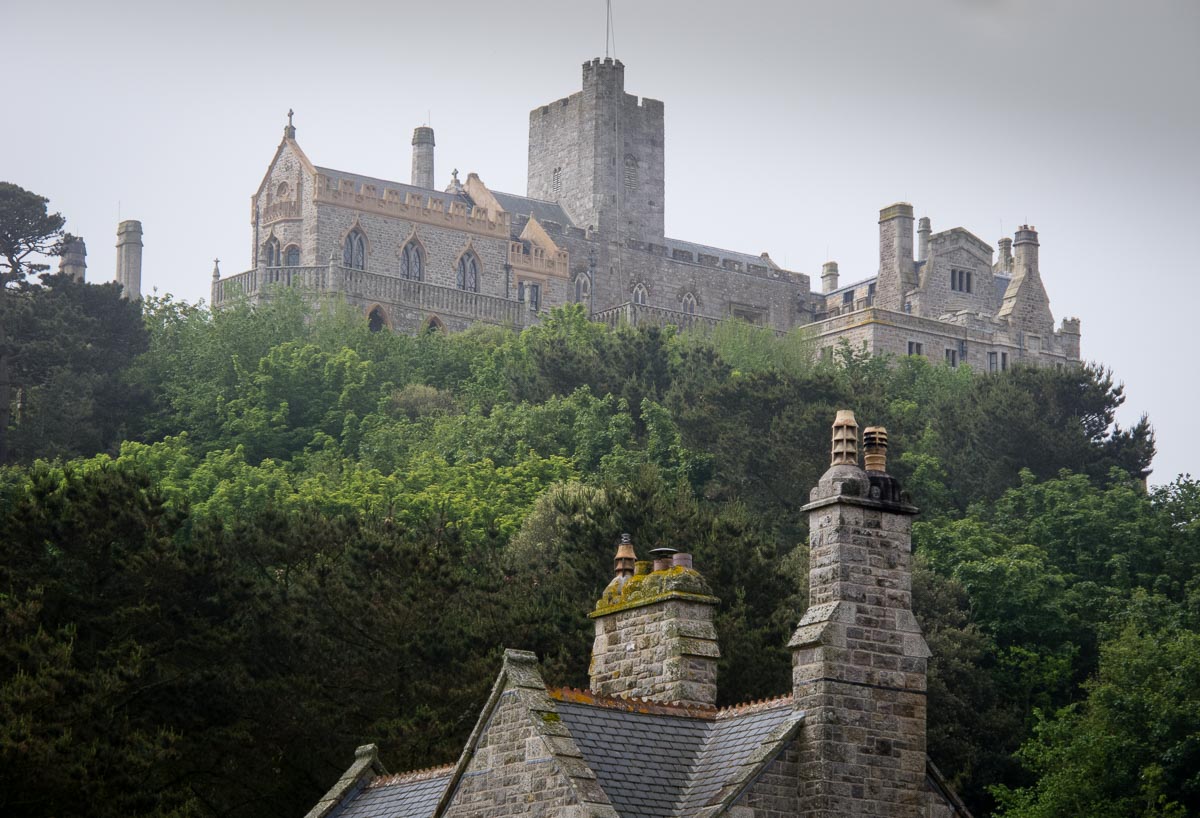 The castle on St Michael’s Mount from the village below

Soon enough we joined the people heading up the path to the castle on top of the hill. But we were still well ahead of the hordes waiting for the causeway to open. 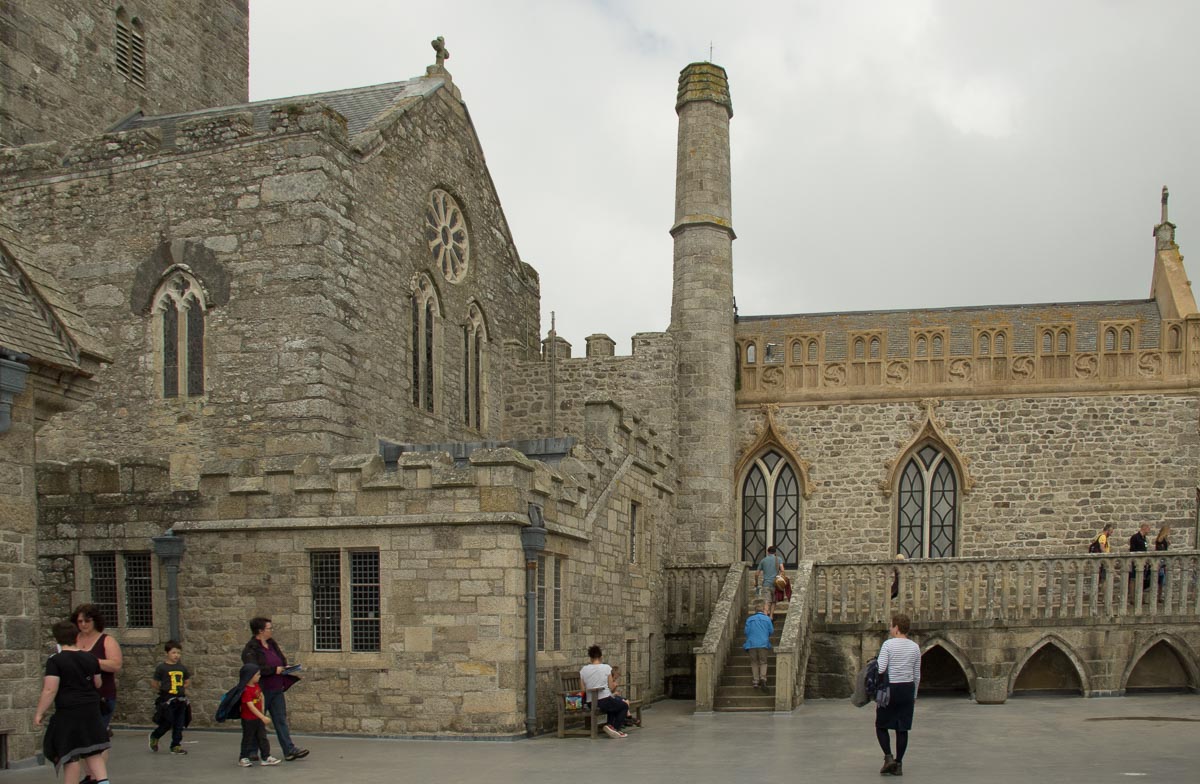 The terrace and castle and church 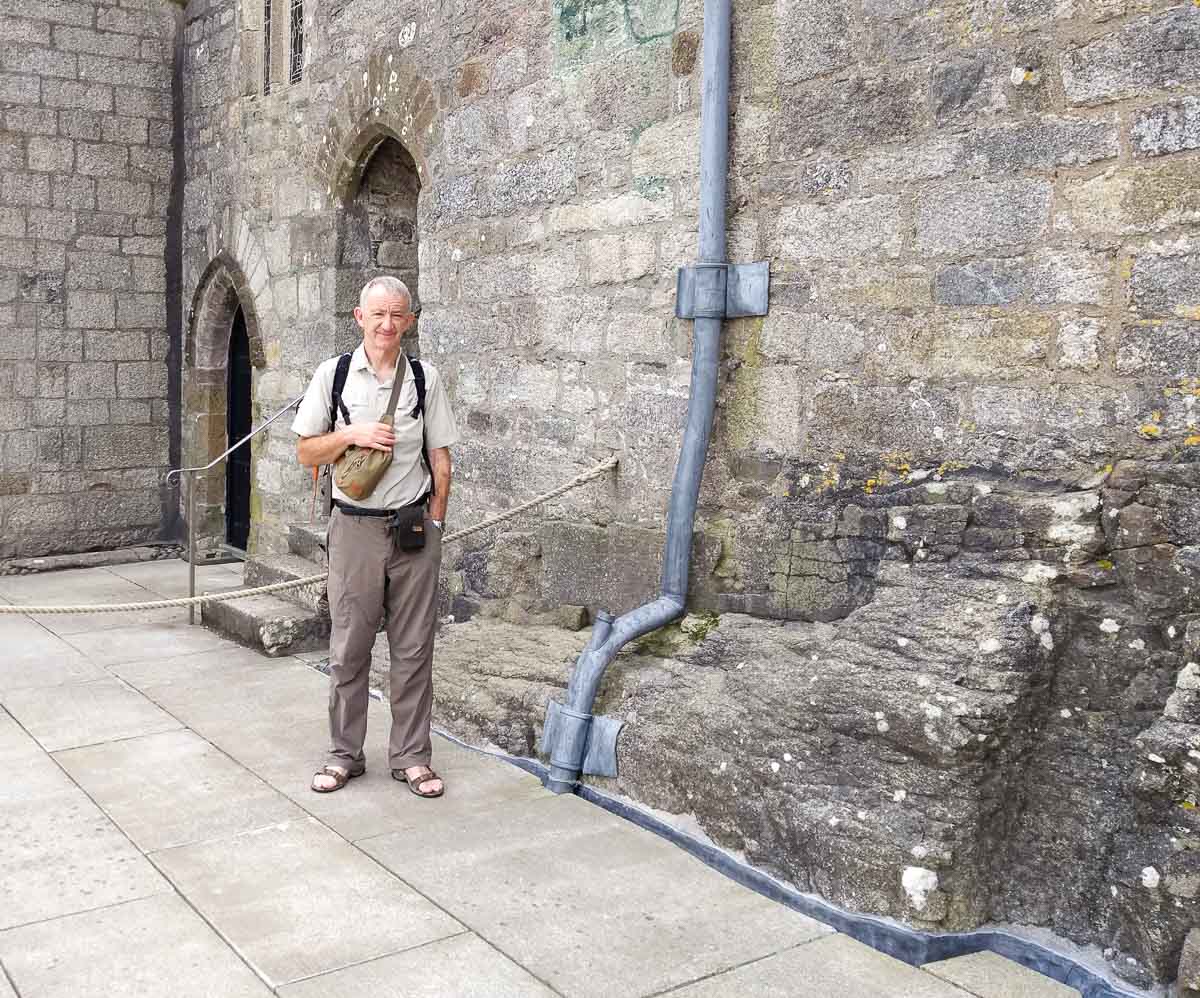 I loved how the castle has just grown around the rock it sits on. Here you can still see the highest part of the rock. 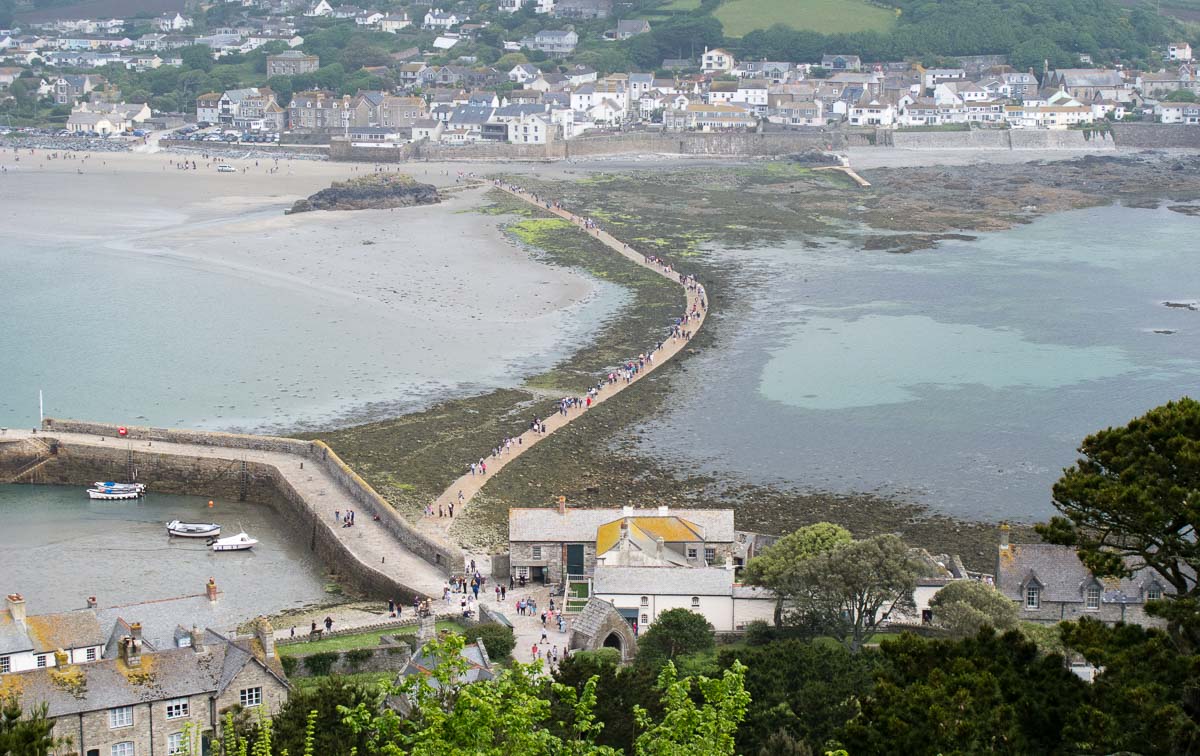 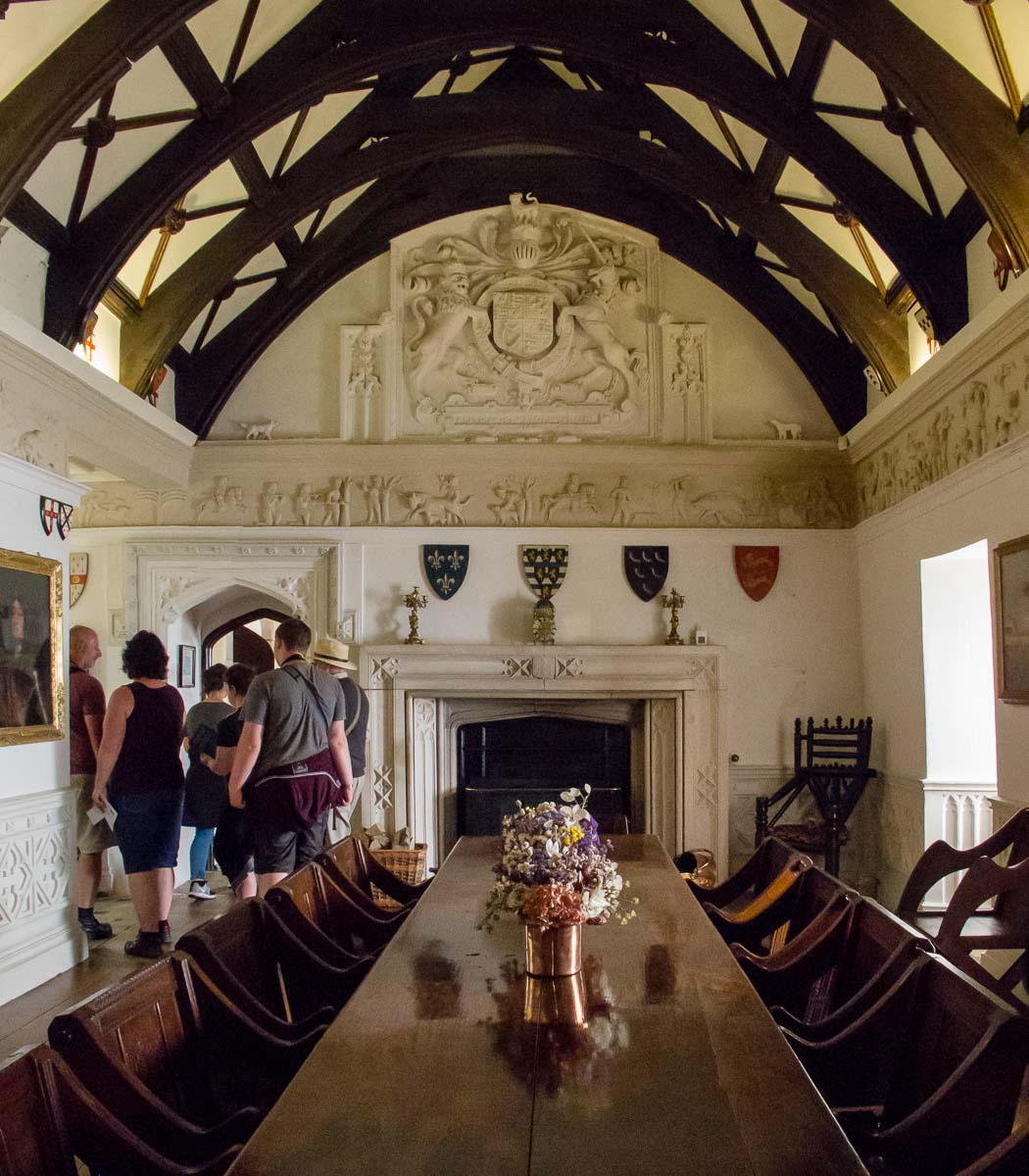 Castle interior – first it was the priory refectory, then the Great Hall, then the main Dining Room 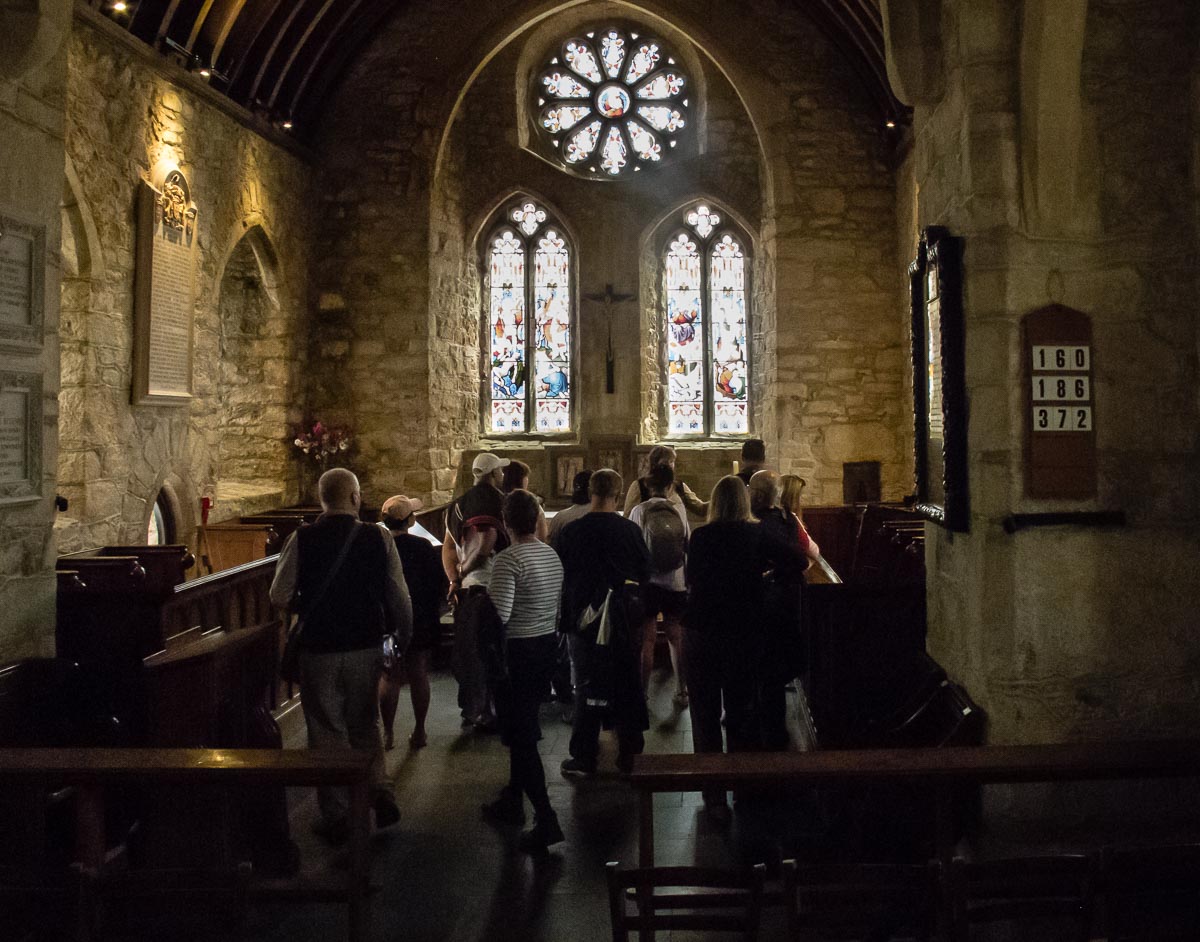 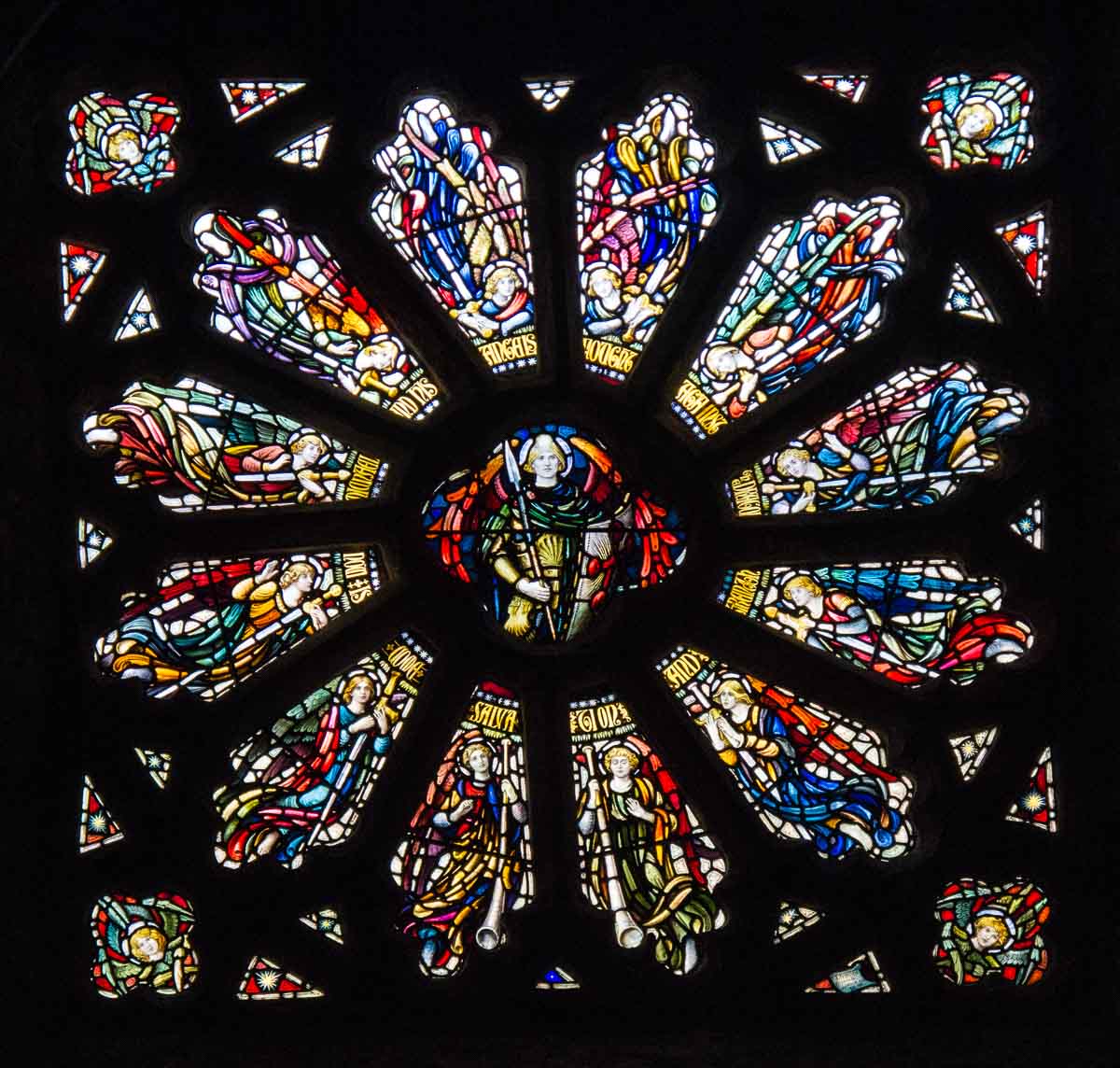 The lovely rose window in the church

By the time we’d looked around the castle and the church, the causeway was open and lots more people were arriving. In fact as we headed out we had to get past the queue of people waiting to get in. Our plan had been a good one. We headed down for a walk around the interesting gardens, much of it terraced out of the hillsides. 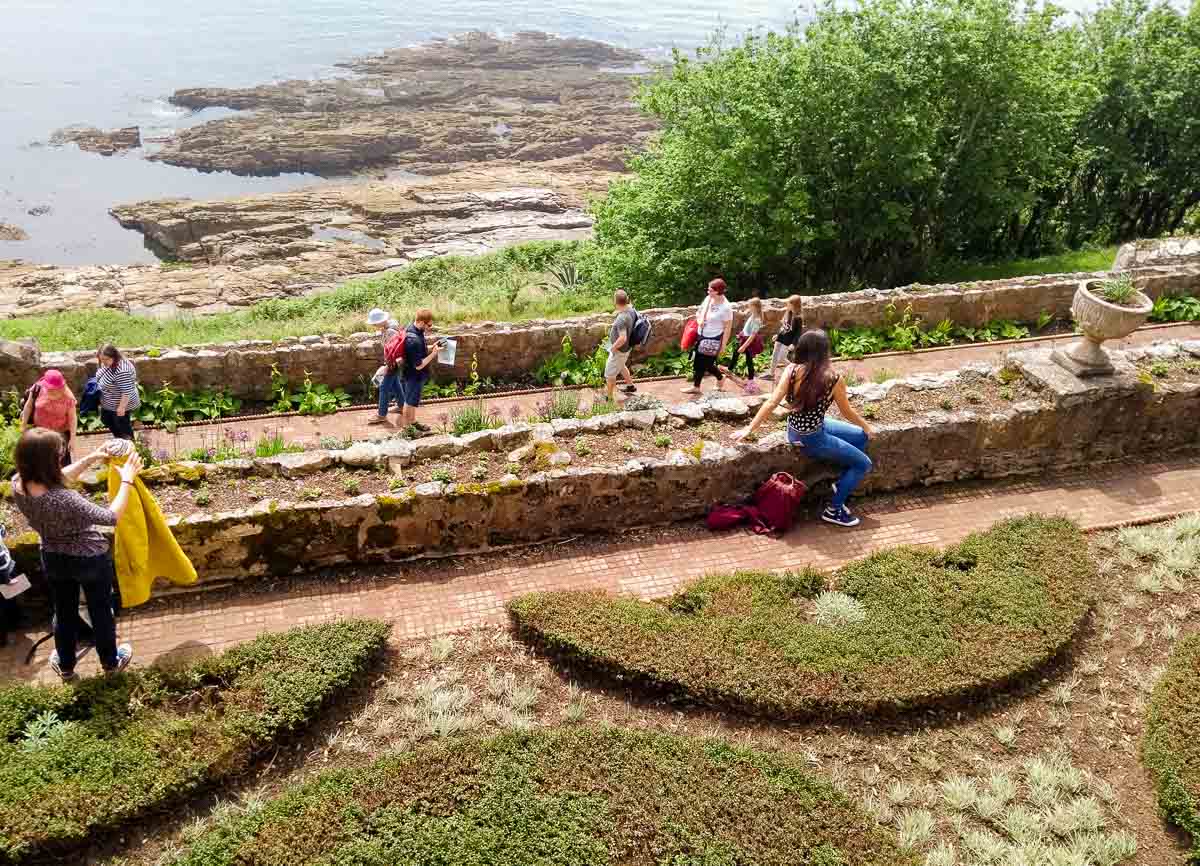 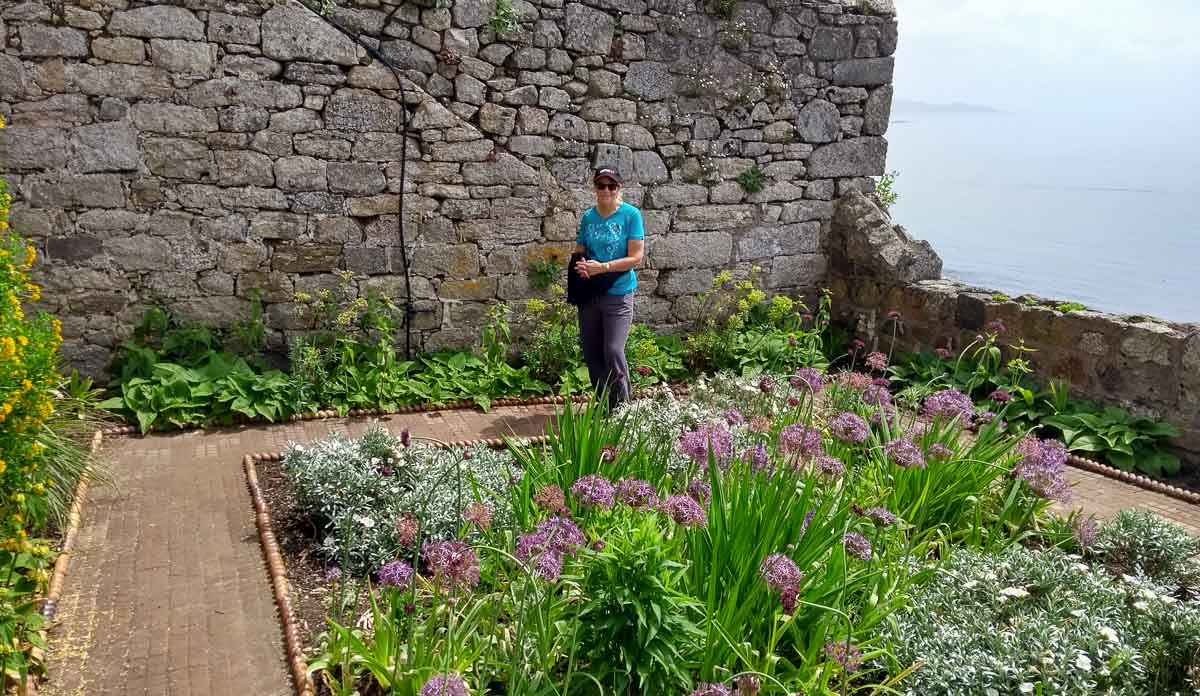 Wyn in the castle gardens 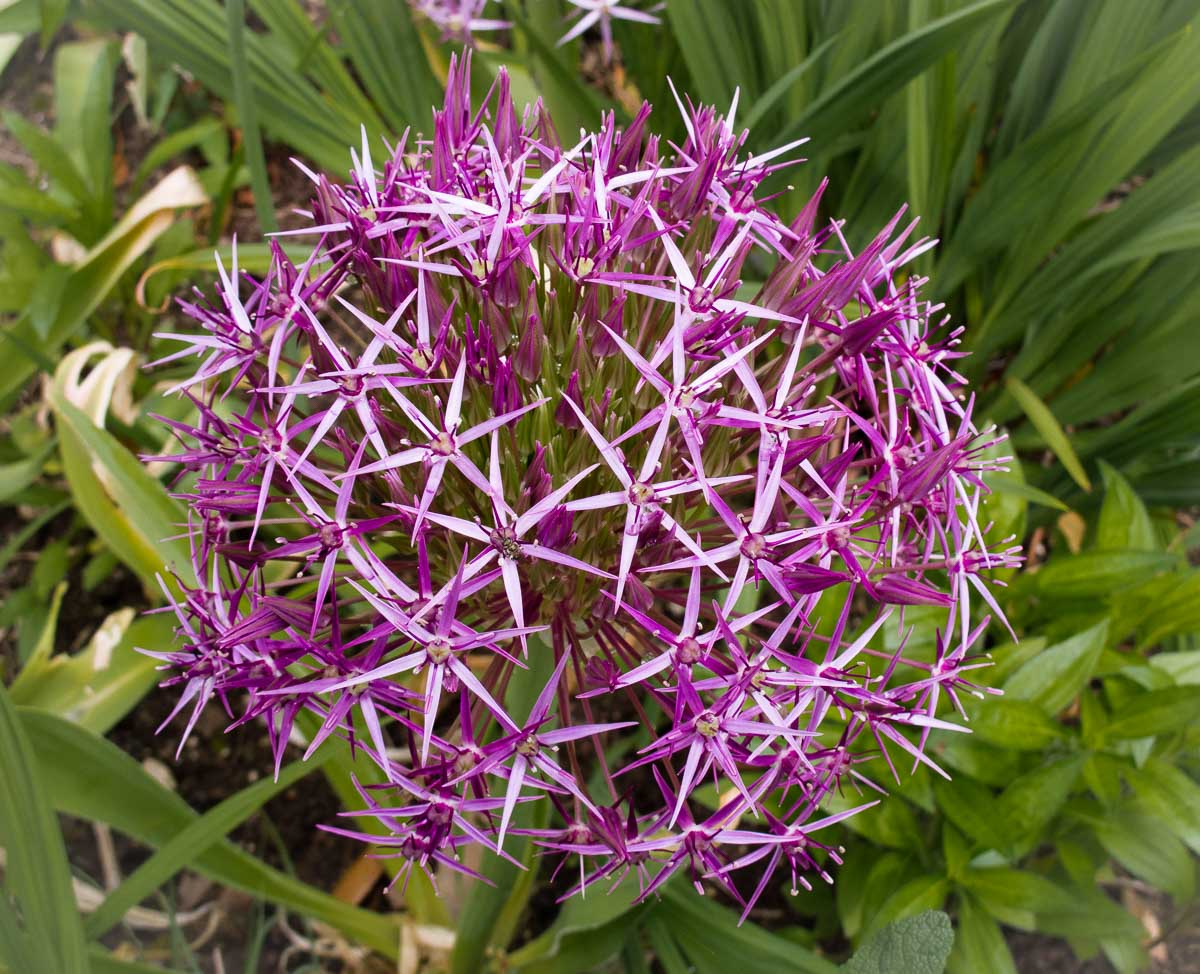 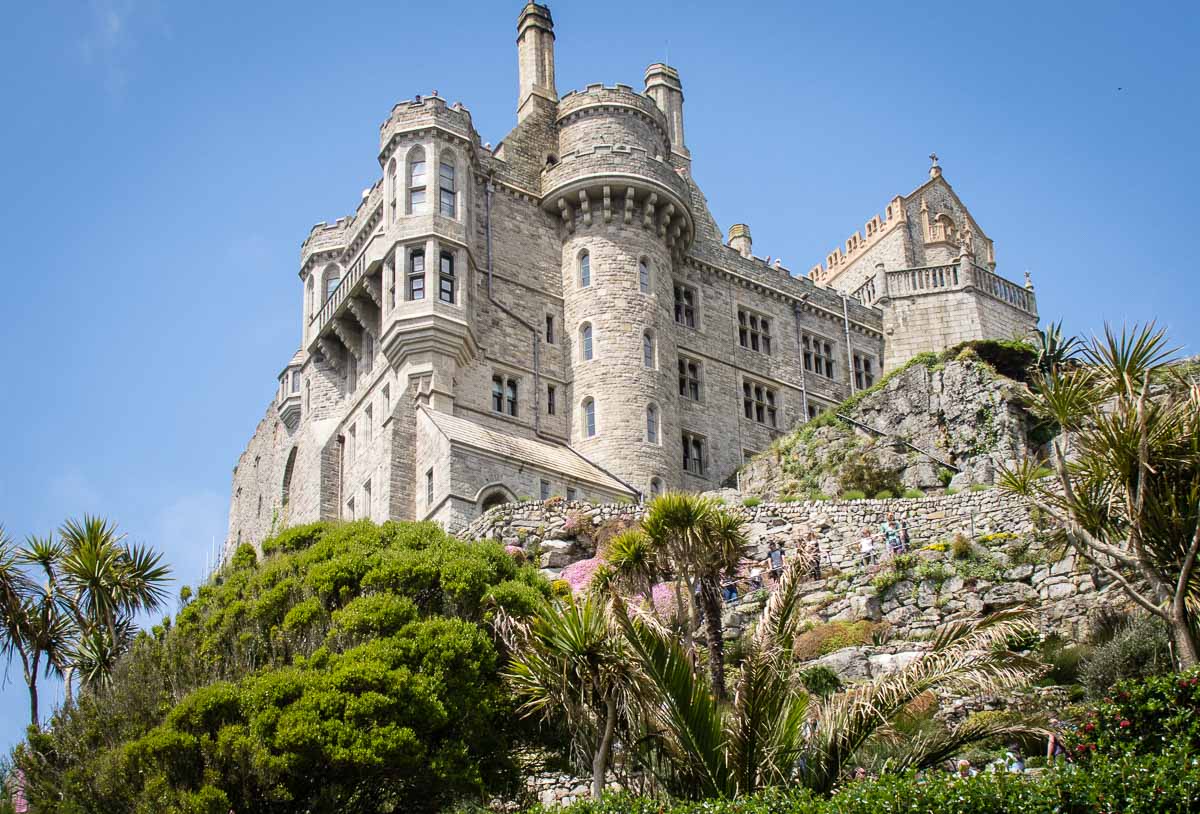 The castle at St Michael’s Mount from below looks magical – or Disney-like? 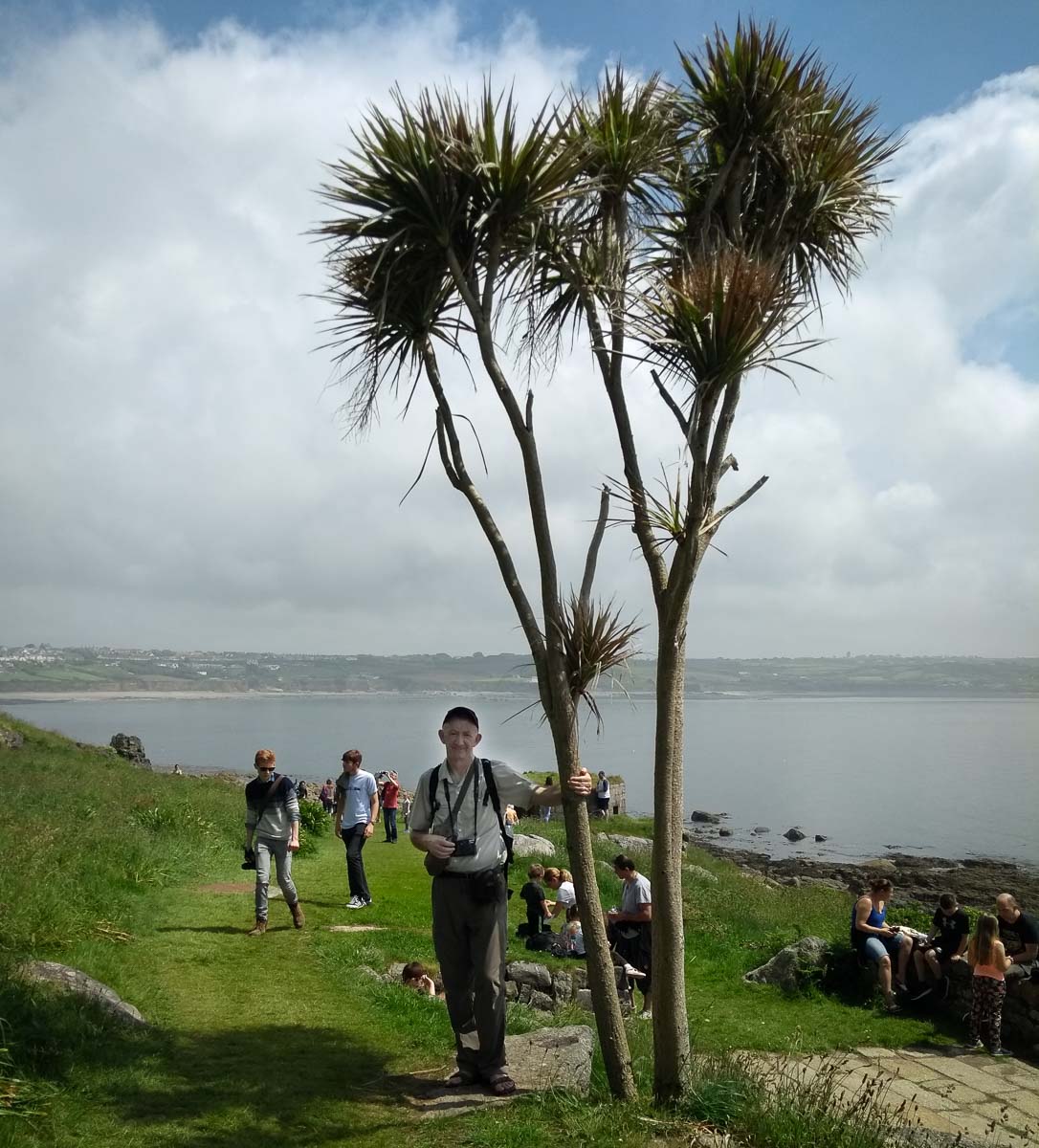 A bit of home in Cornwall – cabbage trees

The day was warming up and we were running down by afternoon. We figured it was time to be somewhere else and headed back for the mainland, this time via the causeway. The sea was a long way away so there wasn’t a Moses-parting-the-sea sort of experience. 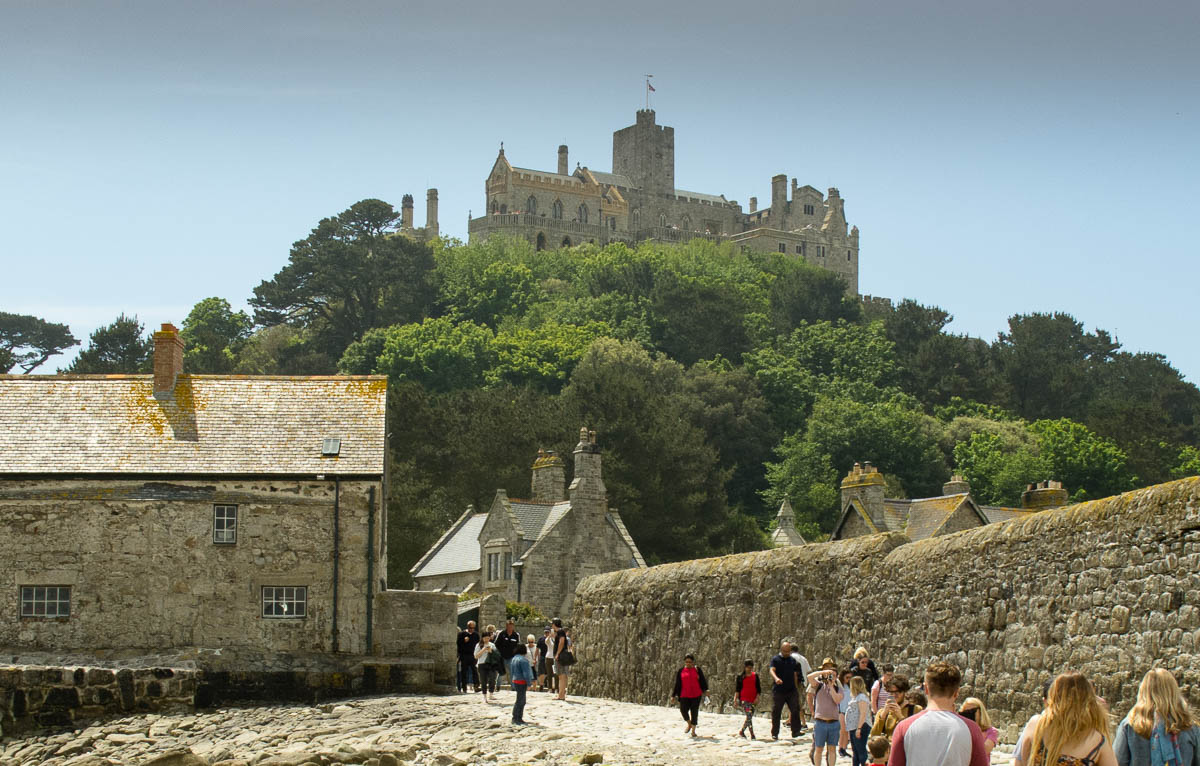 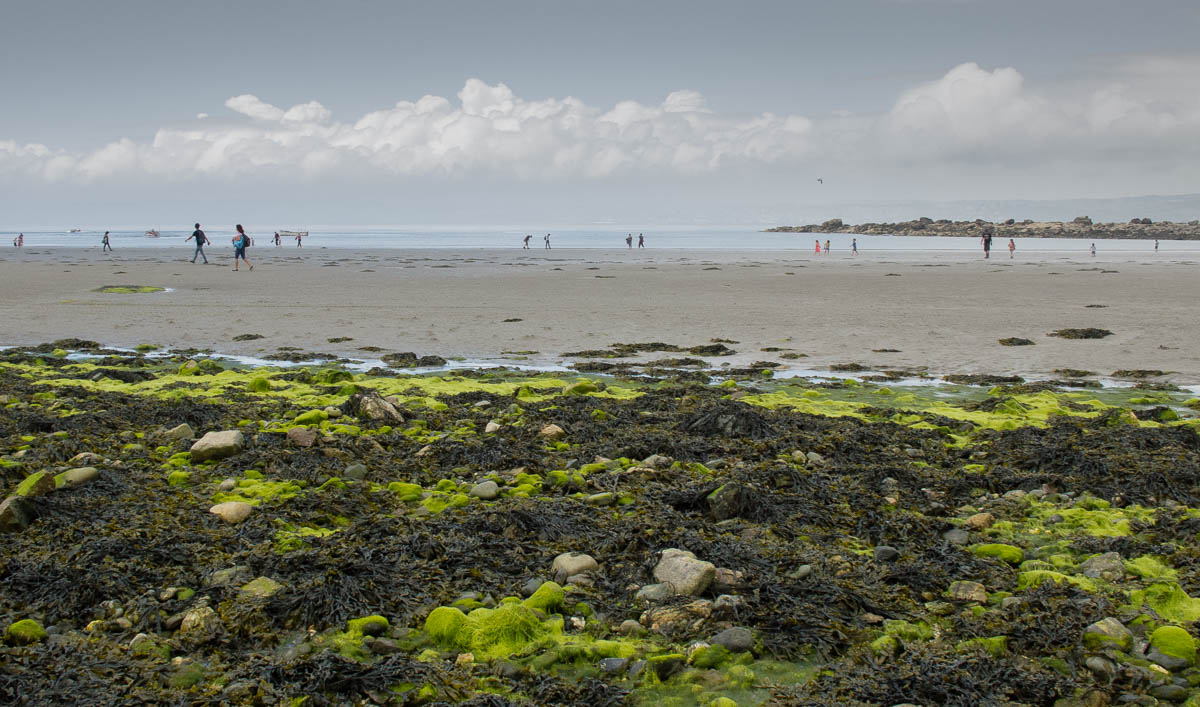 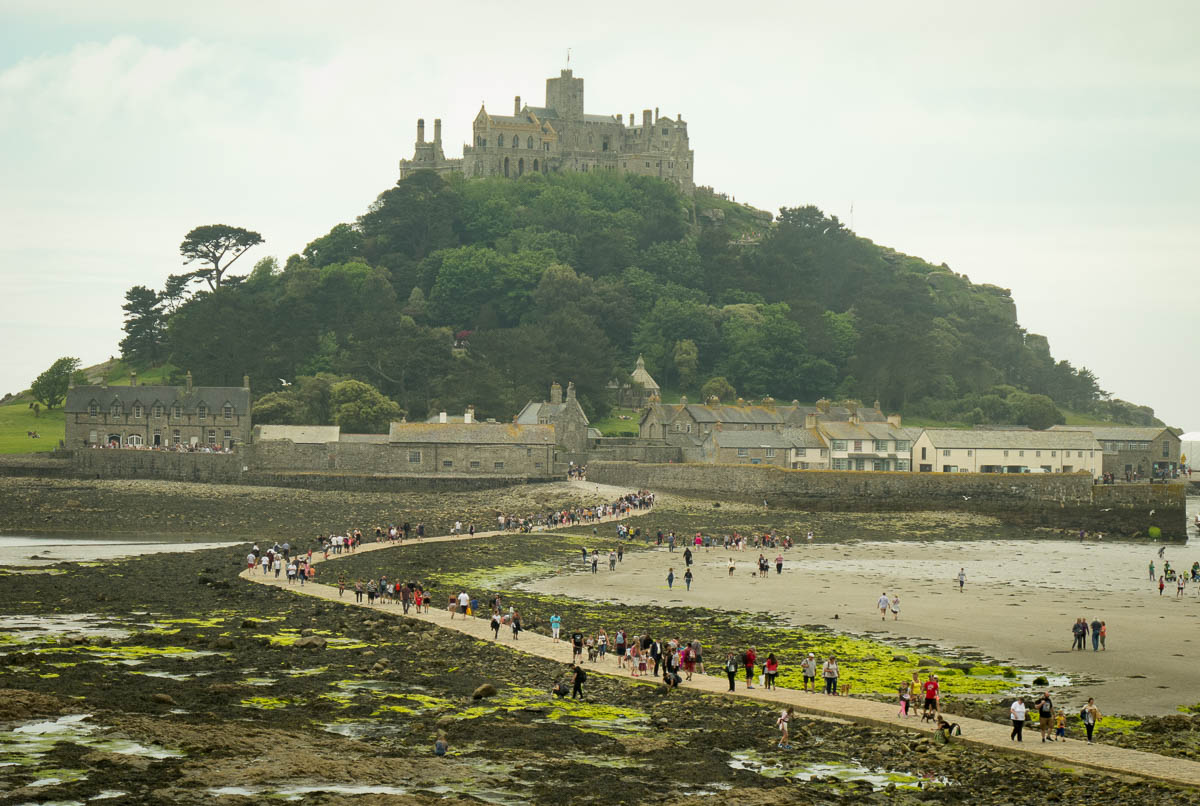 St Michael’s Mount castle and causeway from Marazion – the mainland

We found an excellent Cornish Pasty shop in Marazion and then a seat to sit and enjoy our late lunch. We’d looked forward to our visit to St Michael’s Mount when we were planning our trip and it probably exceeded our high expectations. I liked the parallels with the French Mont-Saint-Michel, which has always fascinated me. The weather had come right and it was a lovely day out, across the water.