Way Over the Wairarapa to White Rock

The weather looked good for last Friday so we agreed it was time for an adventure. Wyn had always been keen to see White Rock, a remote beach South East of Martinborough. You can walk about 5 kms past the road end at Cape Palliser or drive through the middle of nowhere. We drove. And we drove. The road is OK, even sealed for about half the distance from Martinborough. Then it is gravel and it gets narrow and was a bit damp in parts. But it is mercifully free of corrugations and potholes. It probably doesn’t get much use.

First stop out of Martinborough was NZ’s first commercial windfarm at Hau Nui. Noisy big things, and these ones looked a bit low-tech somehow. But happily spinning away making watts and not bothering anyone much. 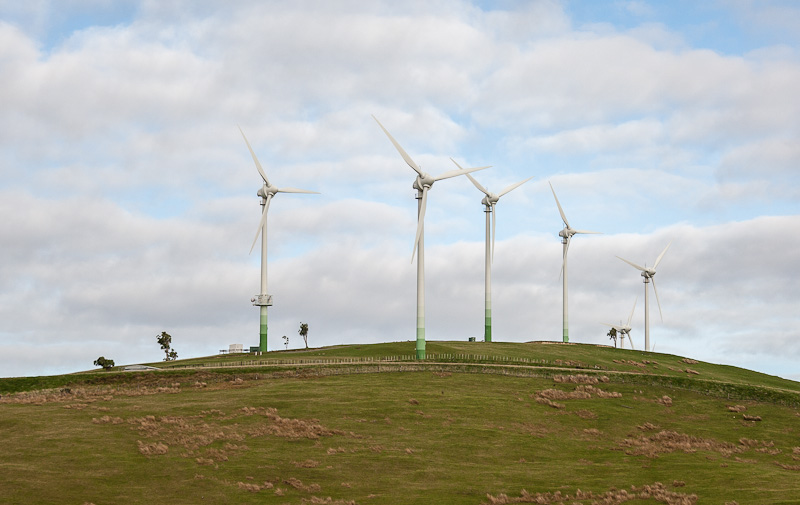 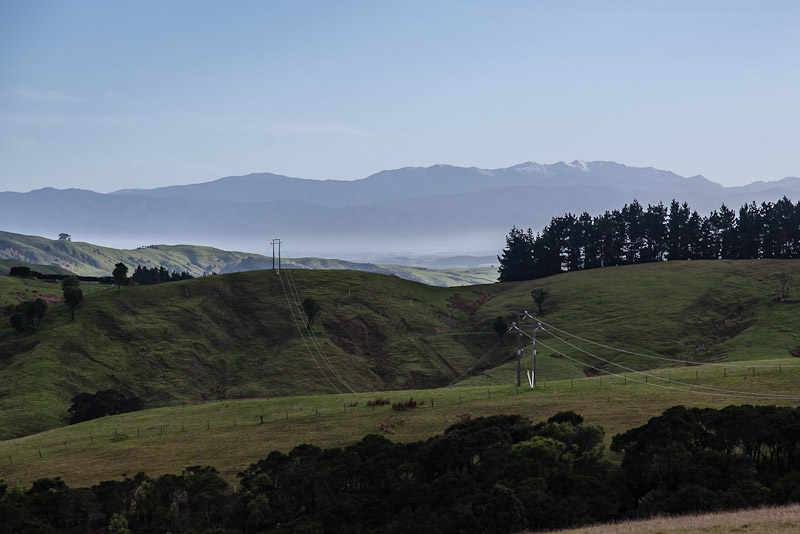 The road became unsealed, and after recent rain was a bit soft in places. But no bother for a car. Apart from the cattlestops. Carstops more like. I made the mistake of taking them fairly slowly on the way in and just about shook us to a standstill. I discovered on the way back out that speed helps; it just has to be just right – much smoother. The road eventually followed a small river towards the sea, and finally we reached the ocean. 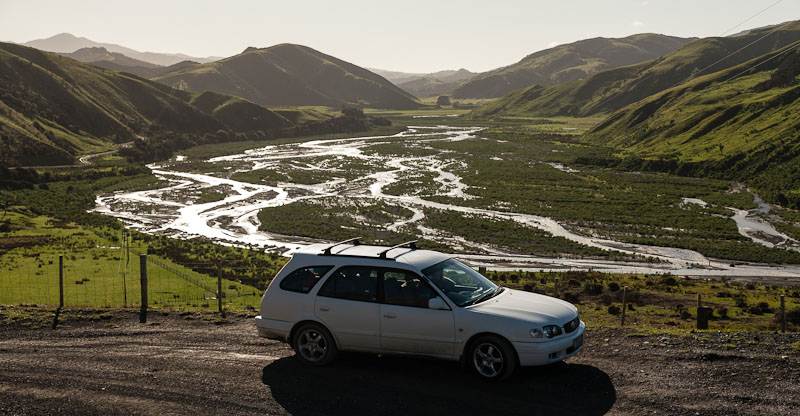 The Road to White Rock 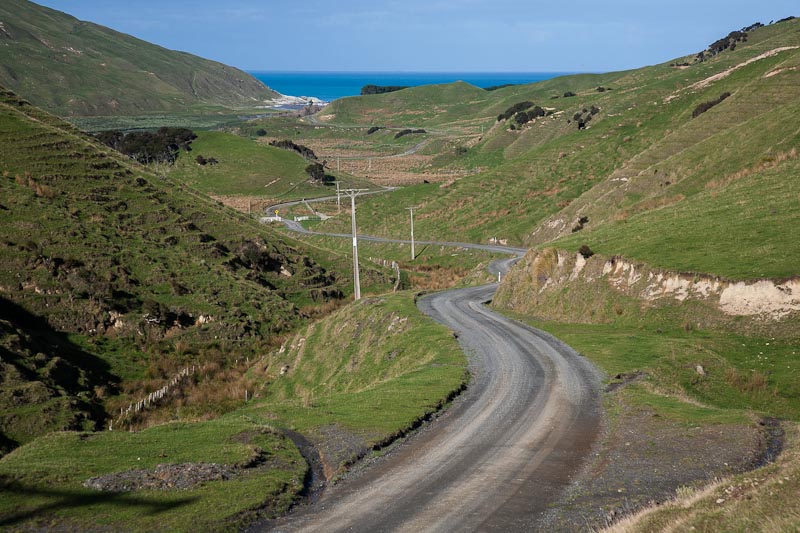 Road down to White Rock

And what a sea it was. There was a big swell that sort of crashed down on itself on the steep beach, and in parts bounced many metres straight up in air. They didn’t so much roll up the beach as explode on the spot. Spectacular, and scary. 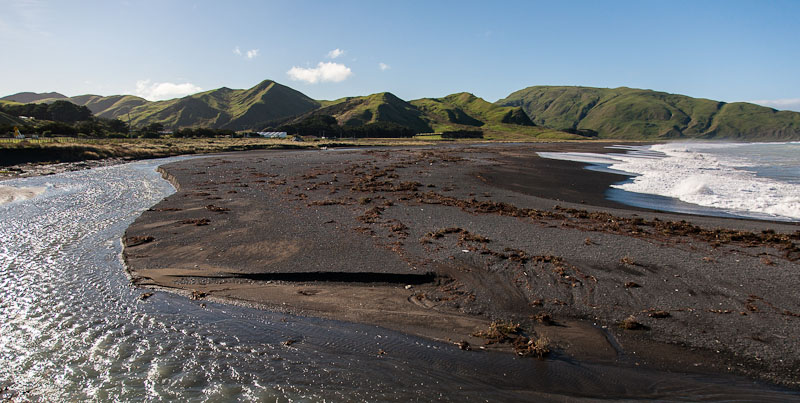 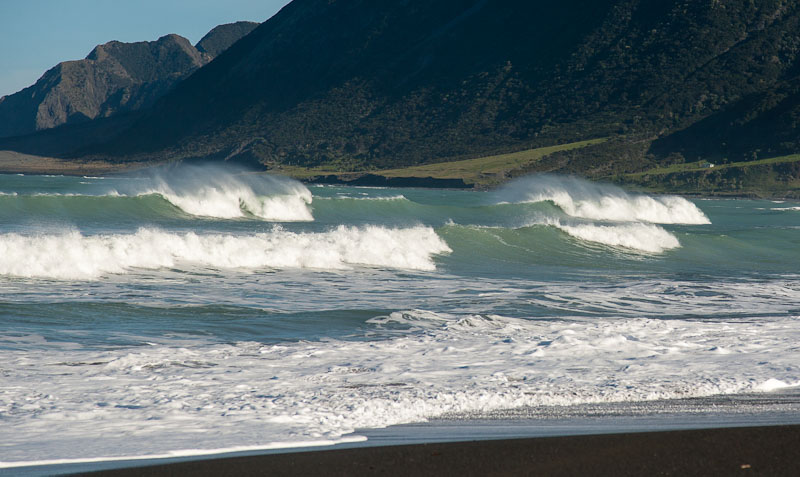 In the middle of the beach was a white rock – we presumed it was the white rock that gave the beach its name. It seemed as good a place as any for lunch and a walk along the beach. 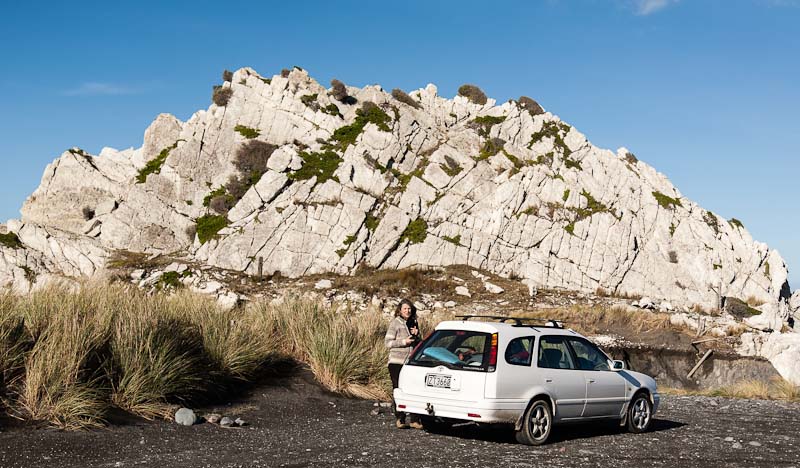 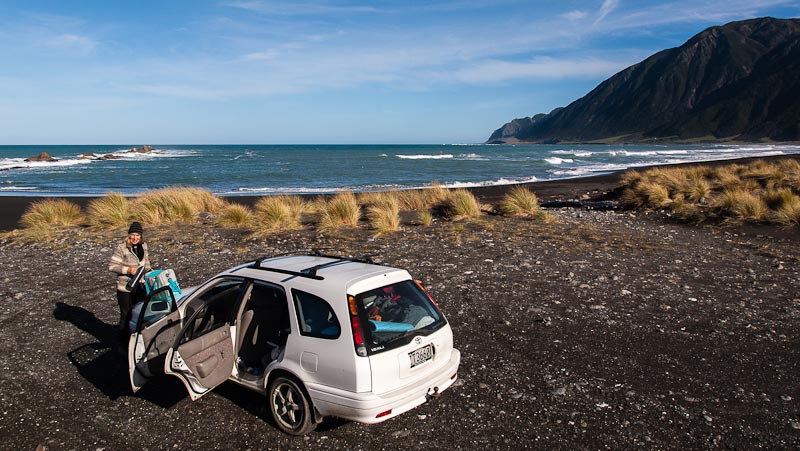 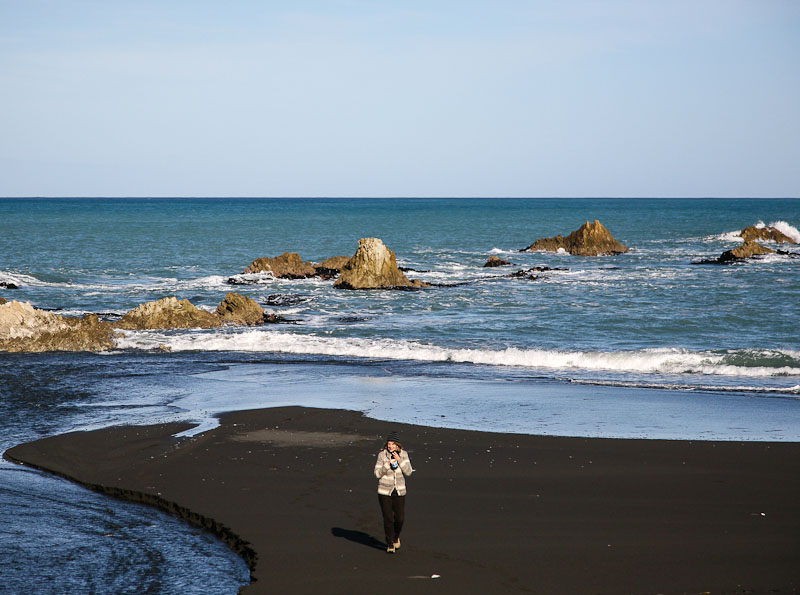 Later we drove to the end of the road before heading back the way we had come. A change in the lighting revealed an extraordinary air strip high up on a hill. Presumably it was for aerial fertilizer topdressing. The plane takes off by falling off the end of the runway by the looks. Sort of like the Lukla runway in Nepal.

End of the White Rock Road 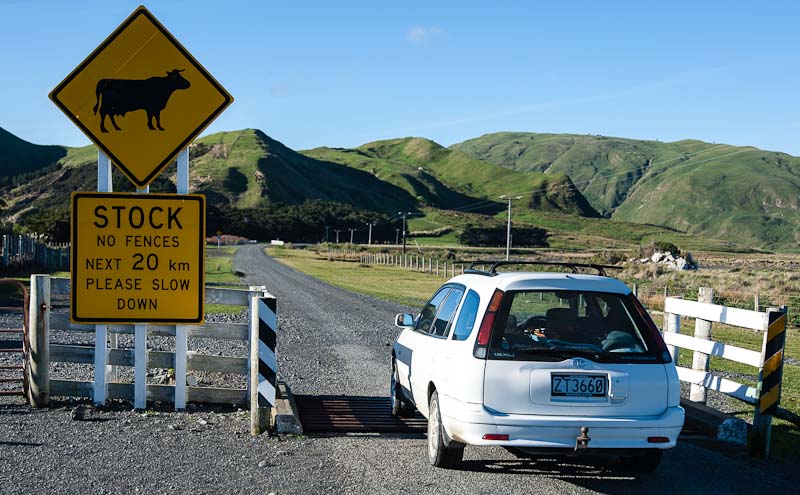 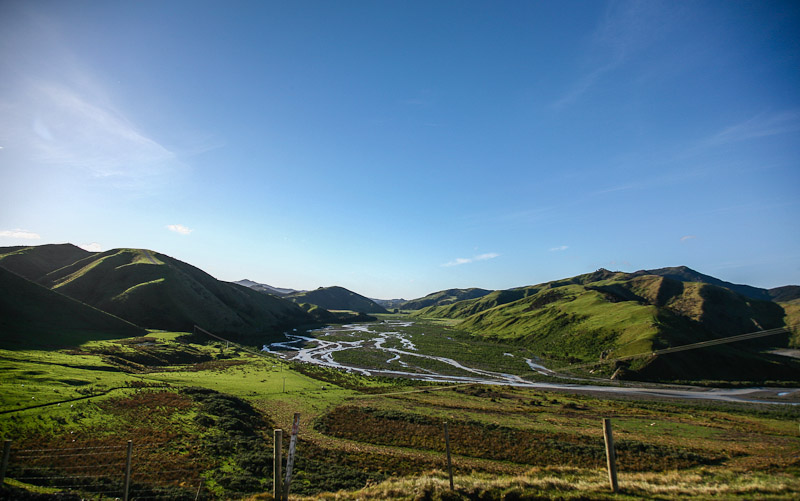 From the Road to White Rock 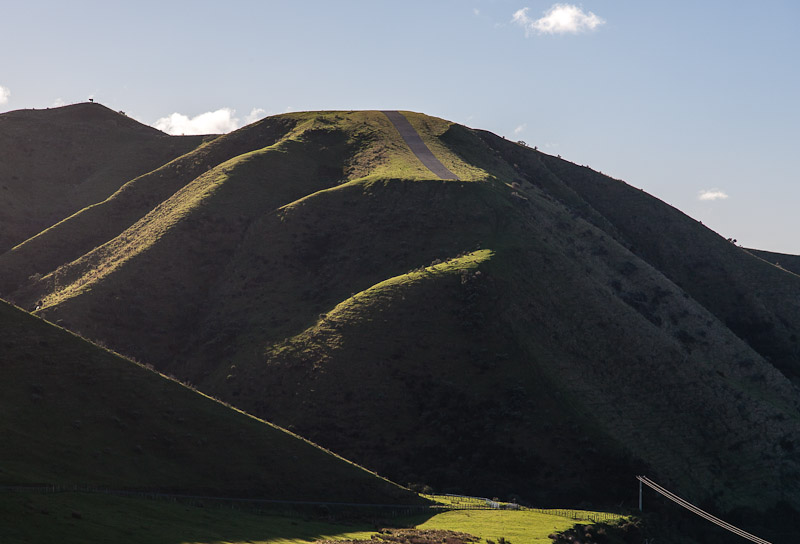 Runway in the Sky – for Aerial Topdressing 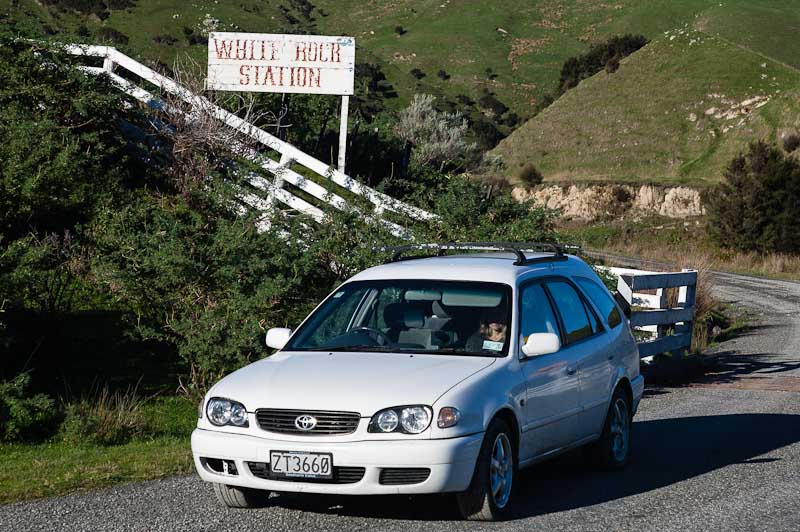 With only one way in to White Rock then coming back was just a case of retracing our route in. As always it didn’t seem quite as long, but it still required lots of concentration – effectively mostly one-way.  We managed to find a cafe open on our way back through Martinborough at 5pm and did our small bit for the local economy. We like to help.

This entry was posted in Daily log and tagged Wairarapa, White Rock. Bookmark the permalink.