After our big day out to White Rock, we were thinking a bit more local for Saturday. It was another nice day and we headed back to Martinborough. We’d passed through it a couple of times over the last few years, going somewhere. It looked interesting and we figured it’d be a good place for a Saturday morning coffee. Along with everyone else dropping in for the weekend. Wyn spied some interesting shops and I spied some of the lovely old buildings.

Martinborough was named after/by local businessman and town founder John Martin. He designed the layout with a Memorial Square in the middle, with streets radiating from it in a Union Jack layout. Cutest of all he named all the streets after places in the world he had visited. Hence Kansas, Venice, Cologne, New York, Ohio, Strasbourgh, Naples, Dublin, Princess, Cambridge, Regent, Suez, Sackville, Cork, Broadway, and Panama Streets. What a good idea. Kids could get a geography lesson walking to school. (I could get a geography lesson. I had to google Sackville and how did kids google back in 1880?)

Martinborough has some gorgeous old buildings – all wooden. The hotel has been restored, and beautifully. The old Post Office is a treasure. And there’s lots more besides. Plus lovely shops, although mostly for those of the female persuasion. How come there’s no cute shops for men? An antique Mitre 10 or something selling men’s nic naks? 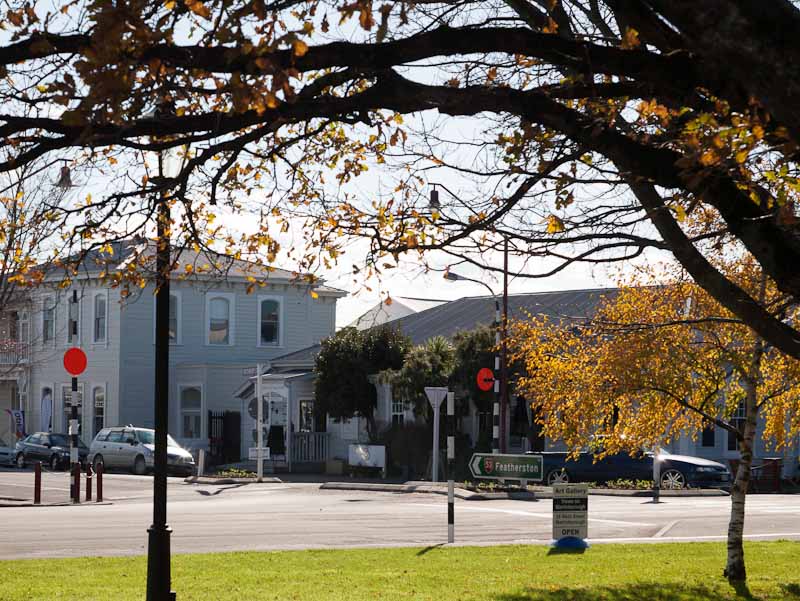 Martinborough from The Square 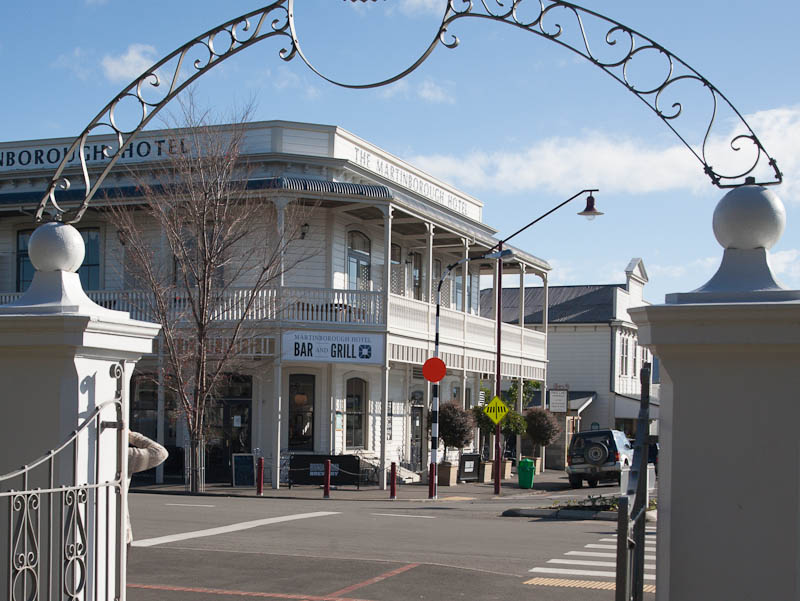 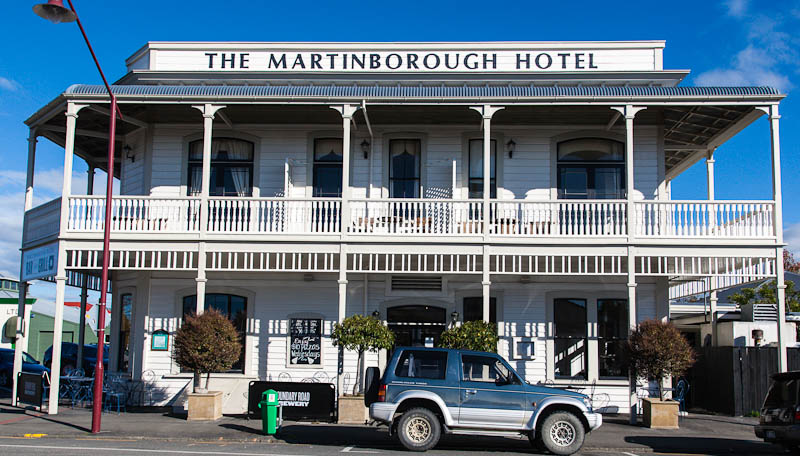 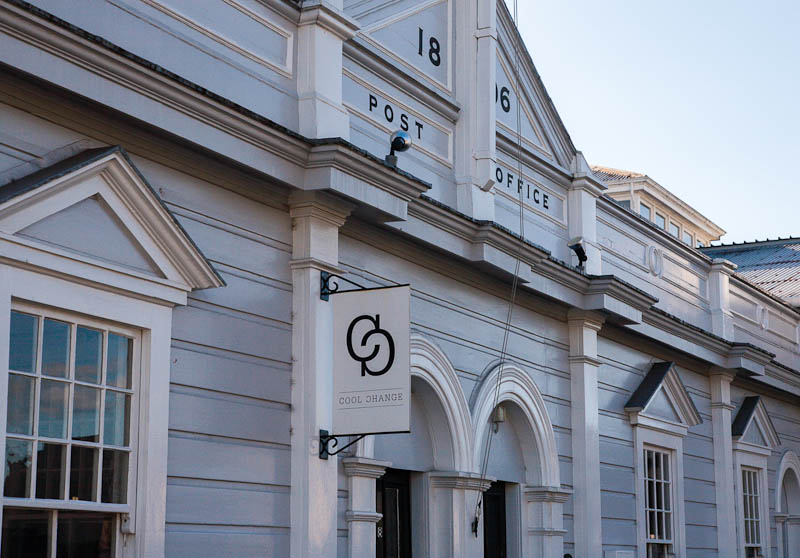 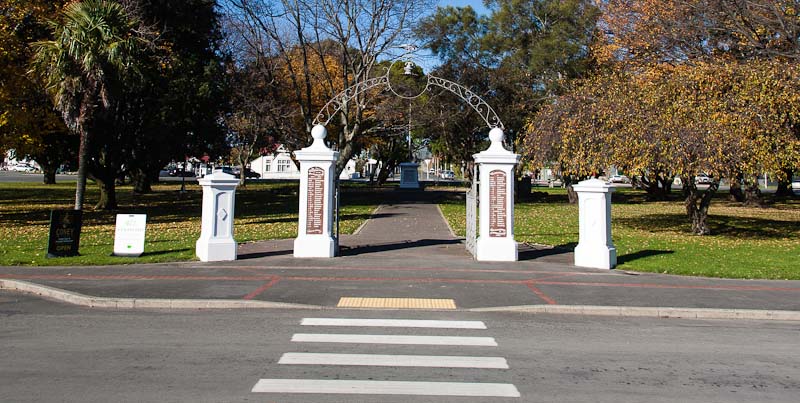 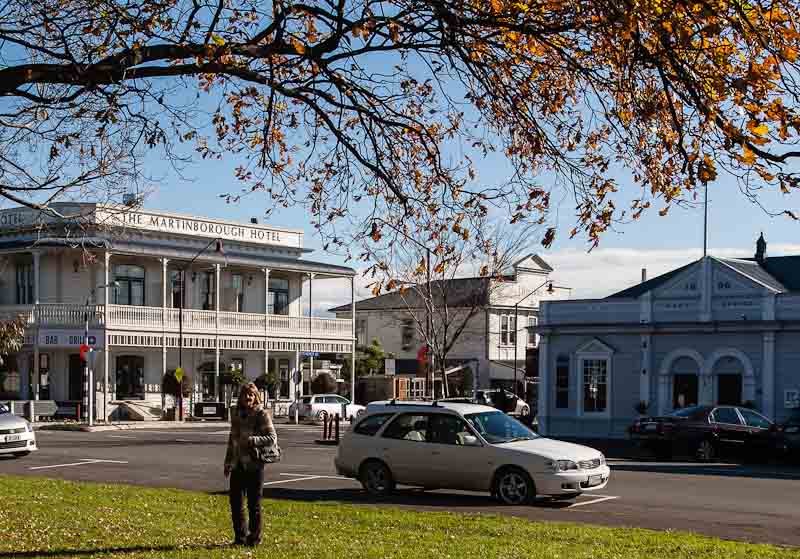 Martinborough from the square

We enjoyed a nice coffee in a busy coffee place with lots of other people enjoying a nice coffee. And then it was afternoon and we set off on a drive around Lake Wairarapa. Lake Wairarapa is a big lake, and a shallow lake – not much over 3m deep. Also a murky and muddy looking lake.

The information said there are zillions of birds of all kinds. Some can be viewed from a bird hide at Boggy Pond. We believed them. It turned out that the Department of Confusion is in charge of this profusion of birds and we should have seen the signs. Or lack of them. There was a sign at the road announcing “Boggy Pond” and that was it. A track lead away from the road and the only way that wasn’t a boggy pond didn’t seem to go in the right direction as marked on a map but we went anyway. Until we came to nothing more. 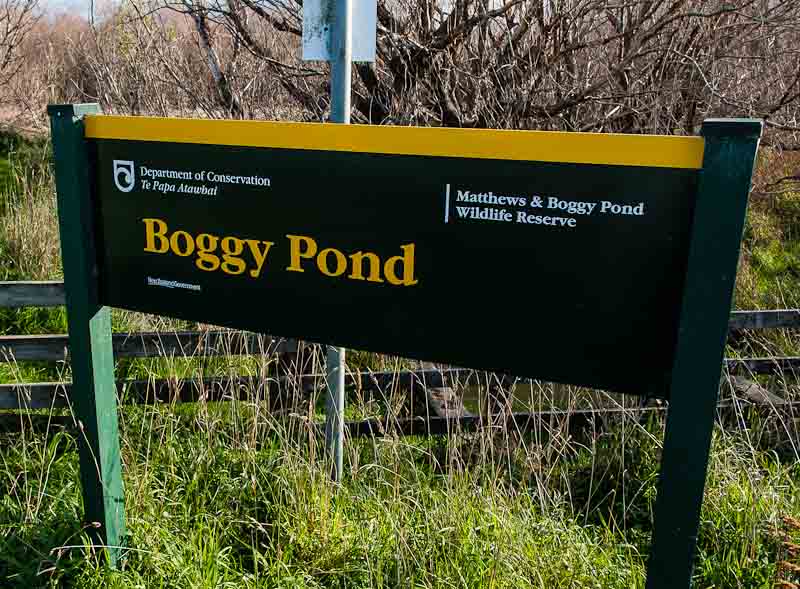 Boggy Pond sign – as much as we ever found out 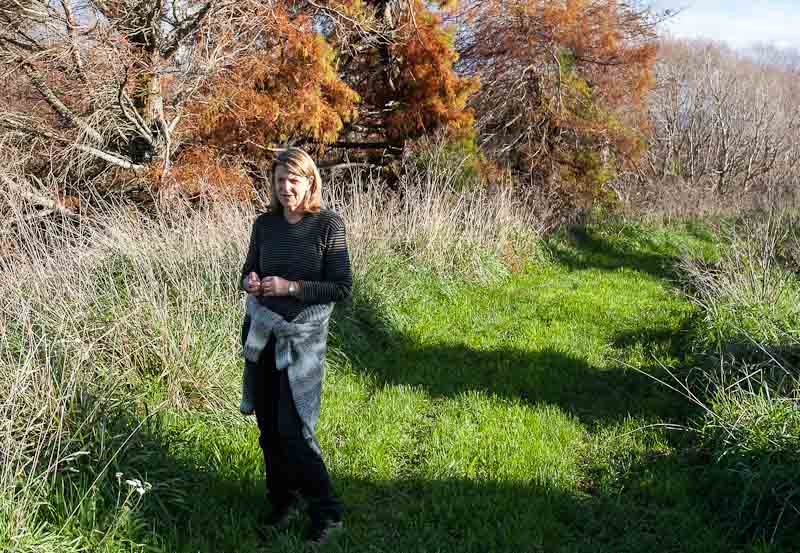 Confused and defused we headed back to the “Boggy Pond” sign beside the road, none the wiser. We did reflect that it is winter when any proper bird has migrated to somewhere warm like Alaska and it is duck-hunting season when even non-migrating birds should be somewhere else.

We then drove some more, around the bottom end of the lake, past a barrage – which you don’t see every day. It seems barrage gates are used to control the levels of Lake Wairarapa and the lake it flows into, Lake Onoke. They look very sturdy and controlling. We headed on up the western side of the lake, stopping at a picnic area that included an open shelter with a couch in it. The couch looked a bit the worse for winter so we sat outside for our chilly late lunch. 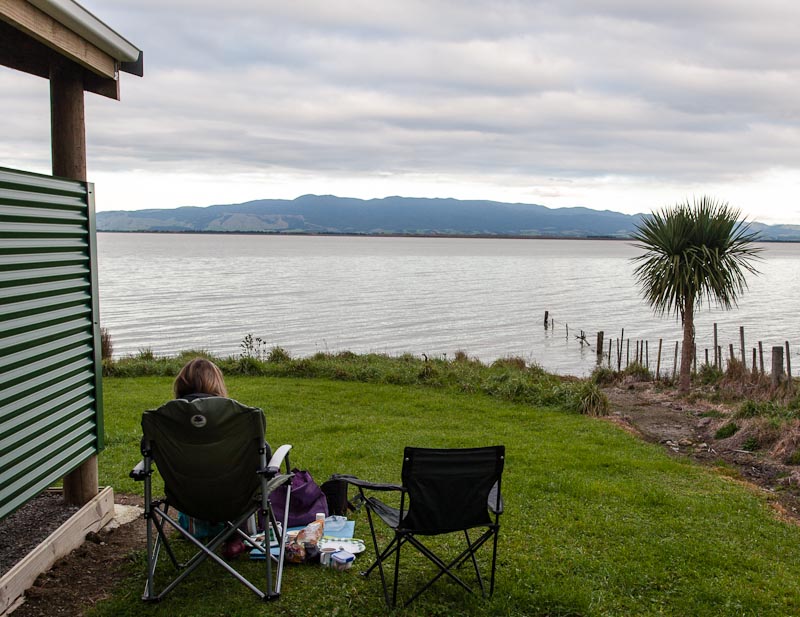 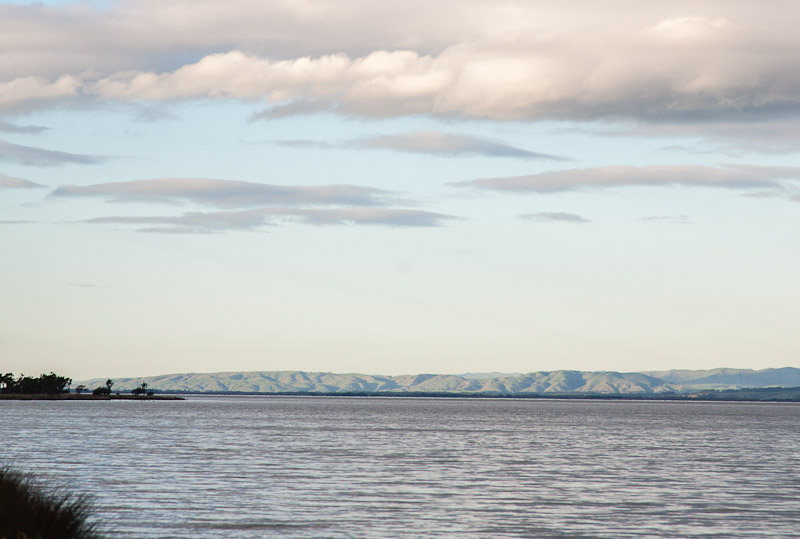 On the way back to Featherston we had a peek at the start of the walk/cycleway that is the Rimutaka Rail Trail. This follows the old ordinary railway corridor to Cross Creek and then heads up the Rimutakas on the extraordinary Fell railway corridor – with a gradient of 1 in 15. This was the rail access from Wellington to the Wairarapa for 70 years from 1878 until they finally got a big tunnel under the range. These were the six little engines that could, for 70 years. Five got scrapped and luckily one was parked in a children’s playground from where it was finally rescued and restored and displayed in the little museum that can in Featherston.