There is of course the other Stonehenge in England. But that only works for the Northern Hemisphere. It turns out we have our own one for New Zealand. Which is good as we’re not in the Northern Hemisphere. Stonehenge Aotearoa is in the Wairarapa, a few kilometres out of town from Carterton. It is not a replica or recreation of the England Stonehenge. It is a working observatory of our skyscape; our sun and our stars. Interesting.

We headed out there Sunday two weekends ago, which was a bit of a bleak afternoon. Admission is cheap and includes a video explaining what it is about and how it works. There is a centre of the henge, and from there a number of marker stones indicate winter and summer solstice positions of the sun. Plus when Matariki comes round each Maori and NZ New Year. 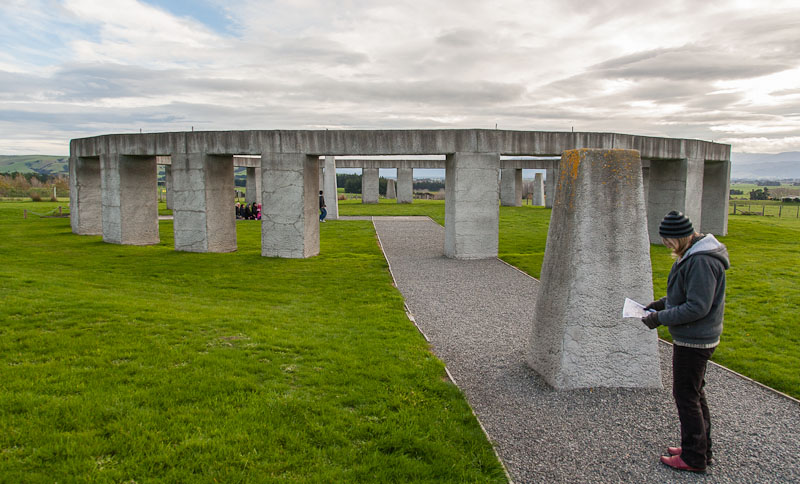 Wyn working out what it means – Stonehenge Aotearoa 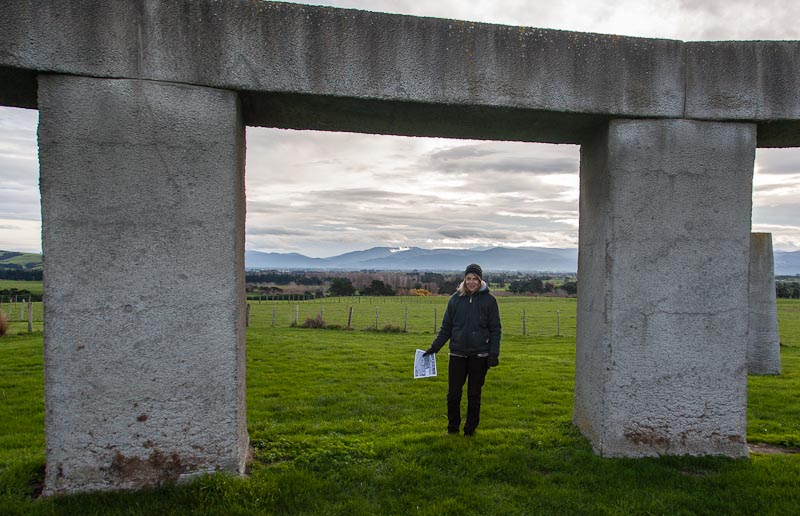 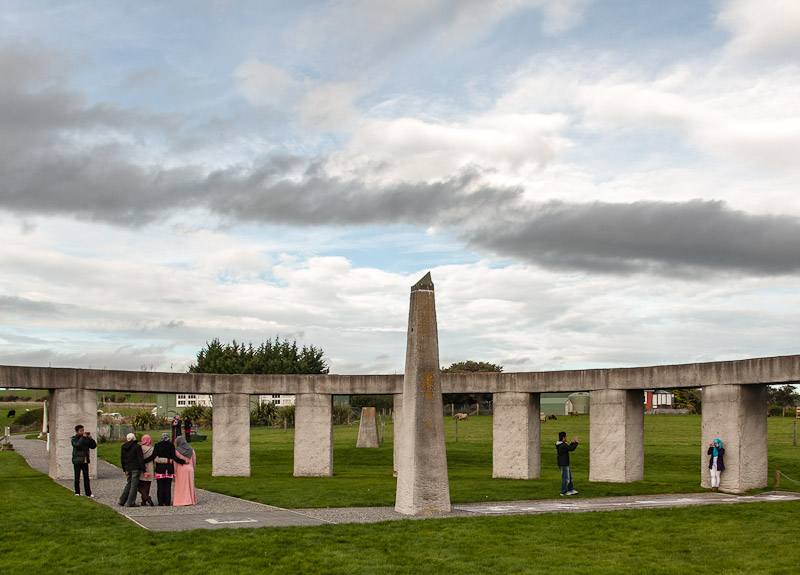 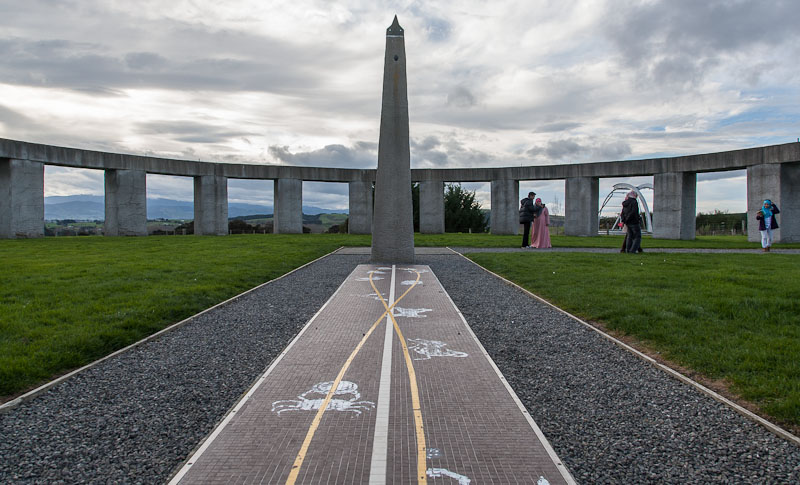 At noon the shadow of the central plinth somewhere on the yellow line, indicating which part of the (astrological) calendar we are up to. 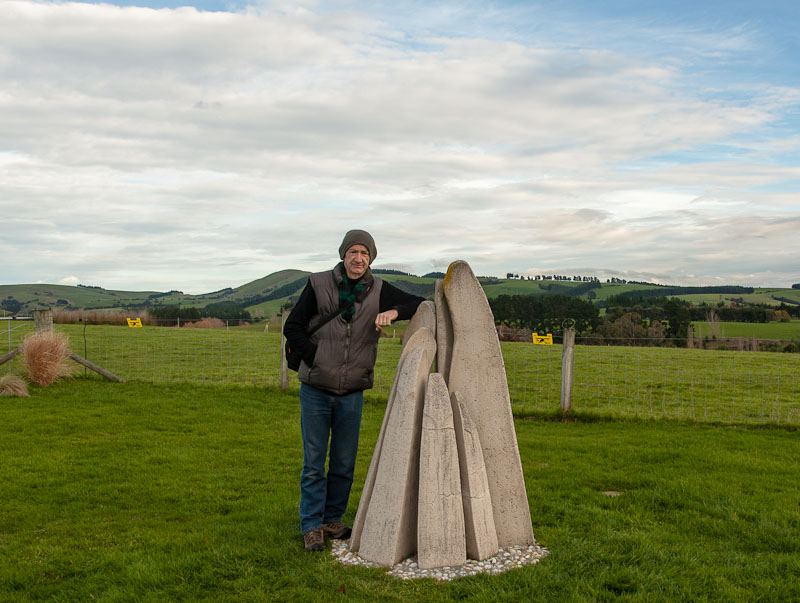 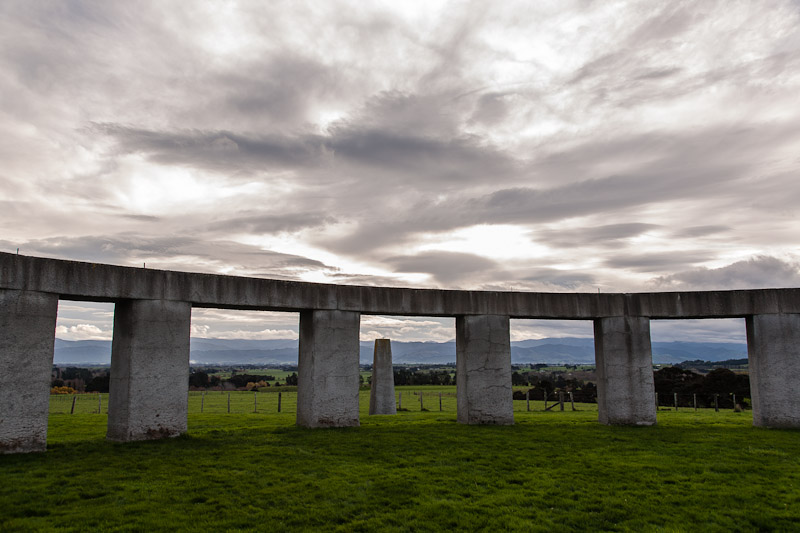 Stonehenge Aorearoa with the Tararua Range in the distance. The sun will set atop the marker stone on the longest day. 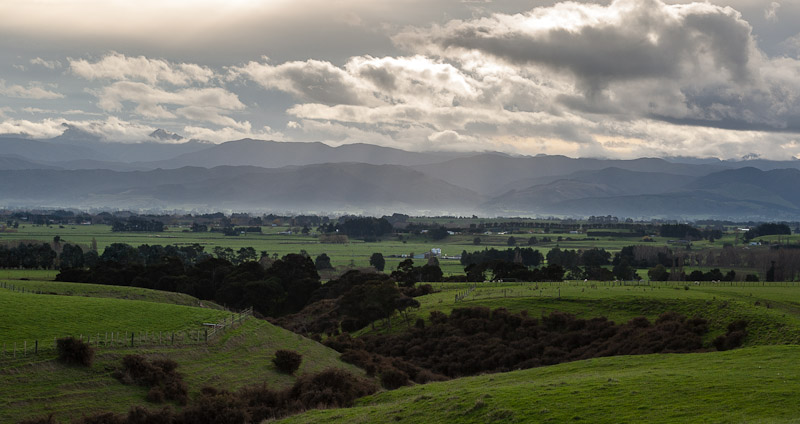 Tararua Range across the Wairarapa – Carterton is there somewhere…

Somehow it has never dawned on me that the New Year we recognise is simply the northern hemisphere new year. We have worried a bit about Christmas being wrong for being in the middle of summer with all the winter themes. When by far the bigger anomaly is having new year celebrations in the middle of our growing/harvest cycle. Why don’t we ditch the summer New Year and go for a good mid-winter festival to mark the end of one cycle and the beginning of the next?

Anyway, Stonehenge Aotearoa is a good illustration of the sorts of astronomical and astrological calendars the earlier civilisations used. Out in the back-blocks of the Wairarapa. And just beyond there and co-incidentally there sits atop a hill an extraordinary dilapidated house. Apparently the locals call it the Ghost House, and it’s easy to see why. 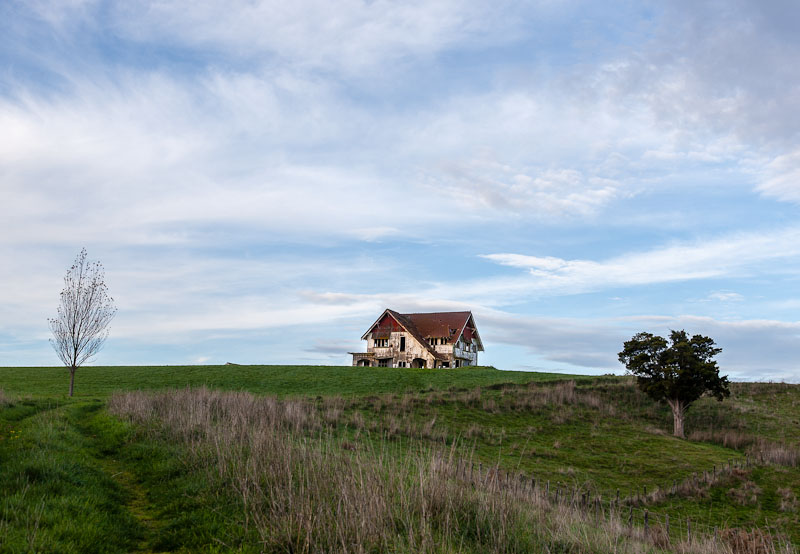 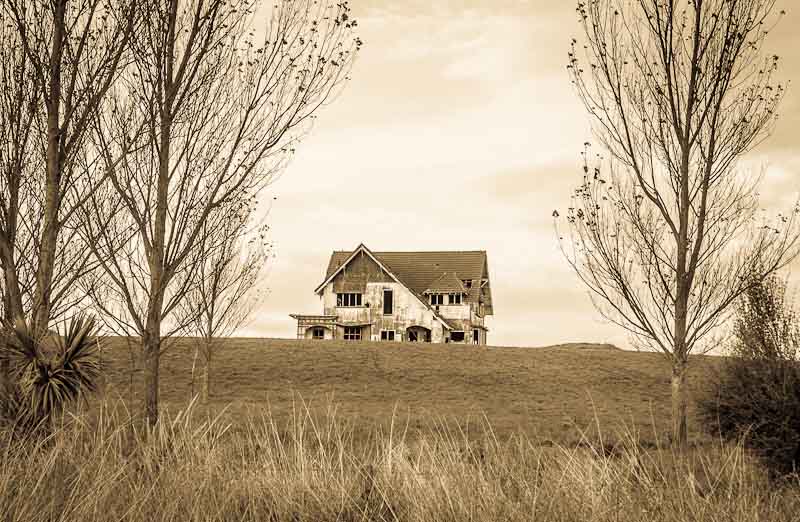 Wairarapa Ghost House – now that was a surprise…

This entry was posted in Daily log and tagged Stonehenge Aotearoa, Wairarapa. Bookmark the permalink.