We’d vaguely thought about visiting Lanhydrock on our drive to Penzance in Cornwall, but ended up at the Truro Cathedral instead. Lanhydrock is said to be Cornwall’s most complete country home. The woman running the AirBnB we stayed at suggested we should rectify our omission. So as we were heading north up the coast after leaving Penzance we ‘popped in’. We were glad we did. It is extraordinary. Lots of things here are extraordinary. I took an extraordinary number of photos, and you can judge for yourself.

The Robartes family owned Lanhydrock from 1620. The gatehouse is the most significant survivor of the original house. The house suffered a disastrous fire in 1881, which destroyed a lot of the original and modified house. It was rebuilt “with every Victorian convenience” to meet the needs of the large family. The First World War directly and indirectly took the lives of the potential male heirs so in 1953 the house and 162 hectares of surrounding park were given to the National Trust who now manage it.

The day we went the weather was looking ominous, so we decided to start with the gardens, in case the rain started. It didn’t, and the overcast conditions were good for photograpy. It’s an ill wind ….. 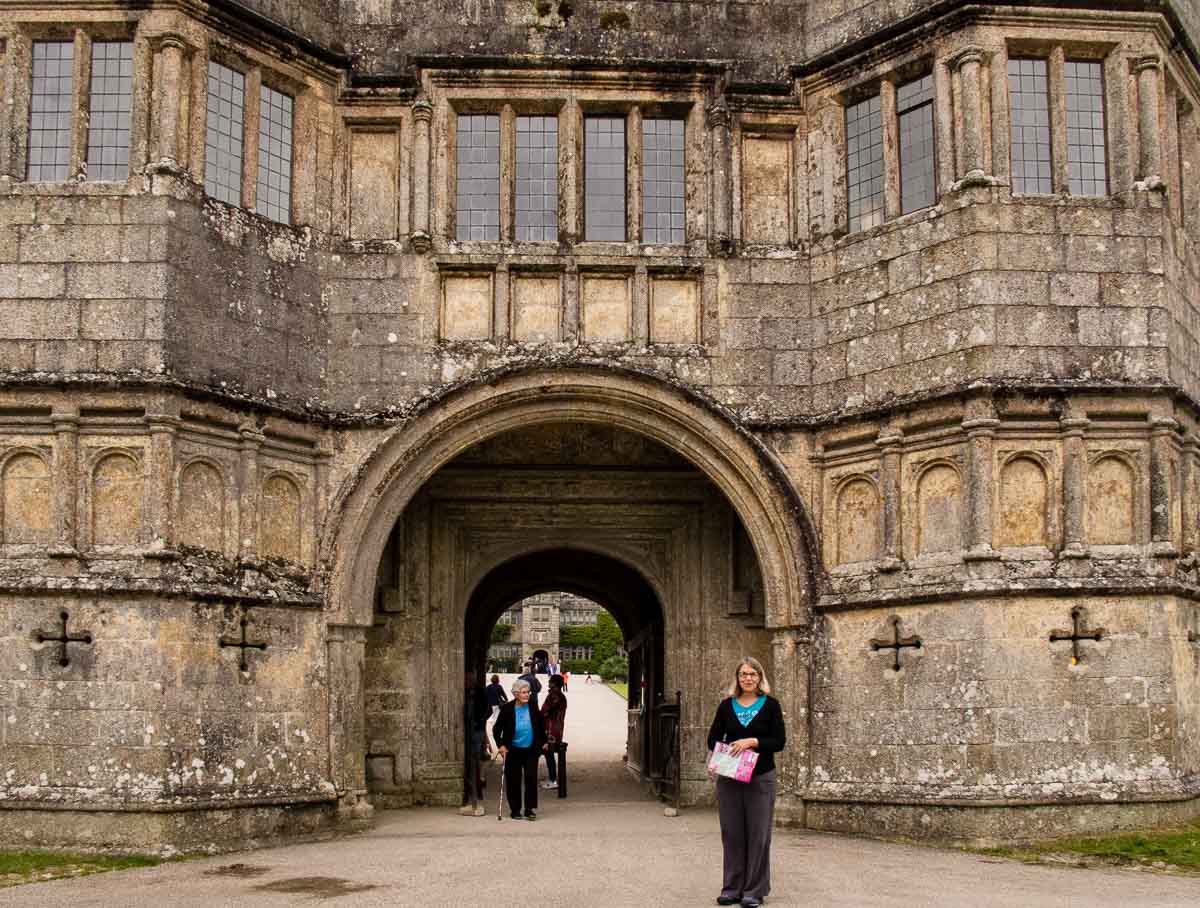 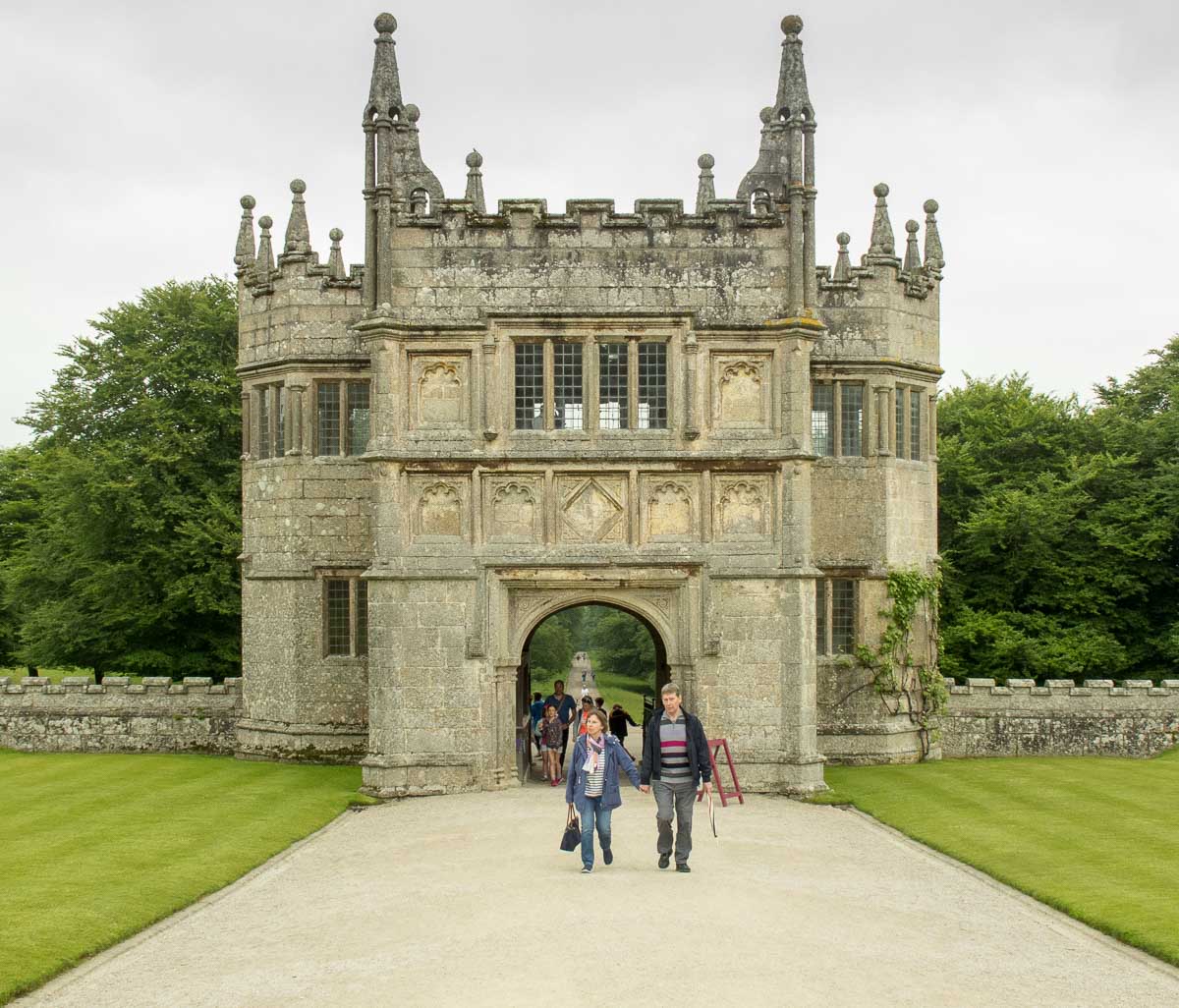 Lanhydrock gatehouse from inside. We reached it from the left. The path disappearing straight ahead runs for about 800 metres to the river and a railway station to Plymouth and London.

We headed off to the garden first, hoping to beat any rain. 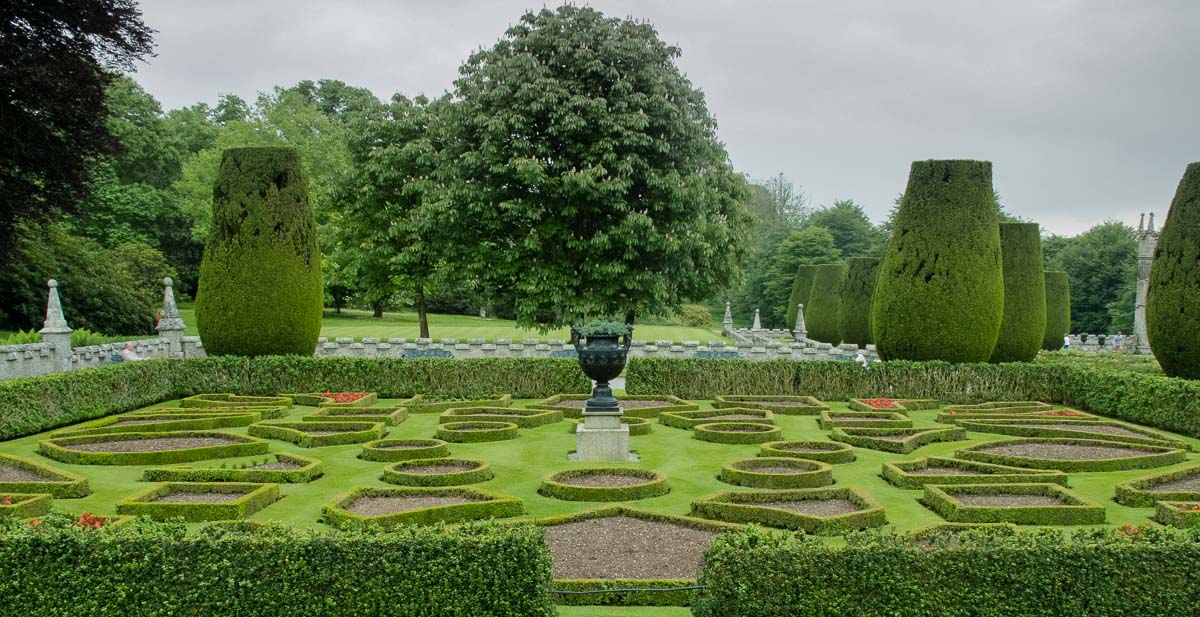 Gardens at Lanhydrock House. This one was a work-in-progress. 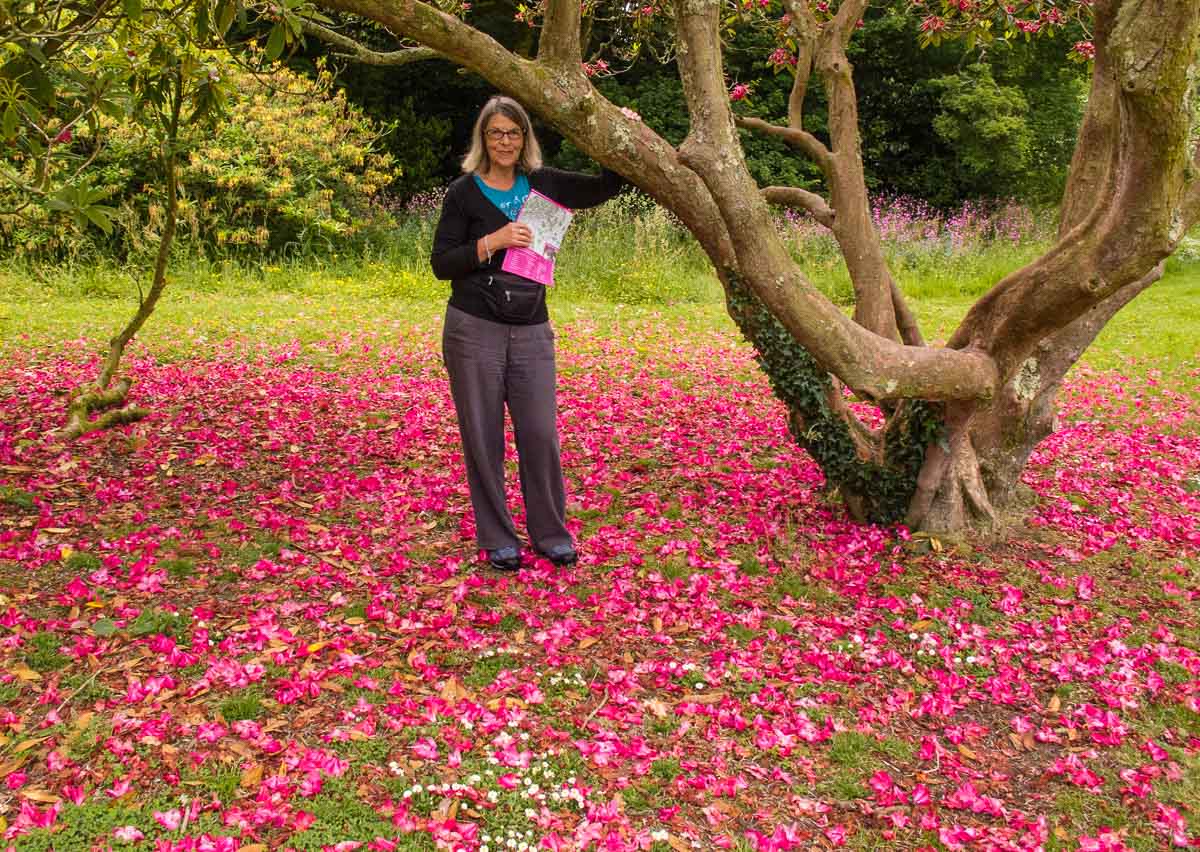 Rhododendron tree Lanhydrock House. I love the carpets underneath. 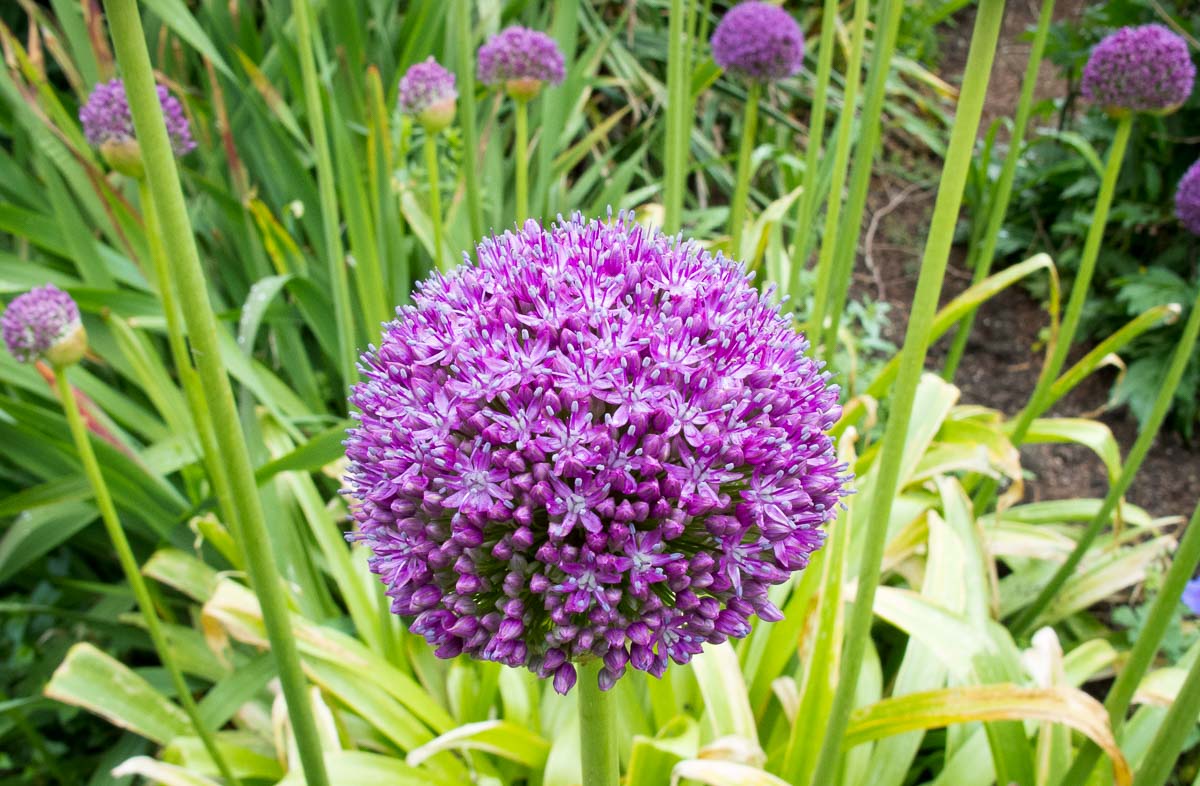 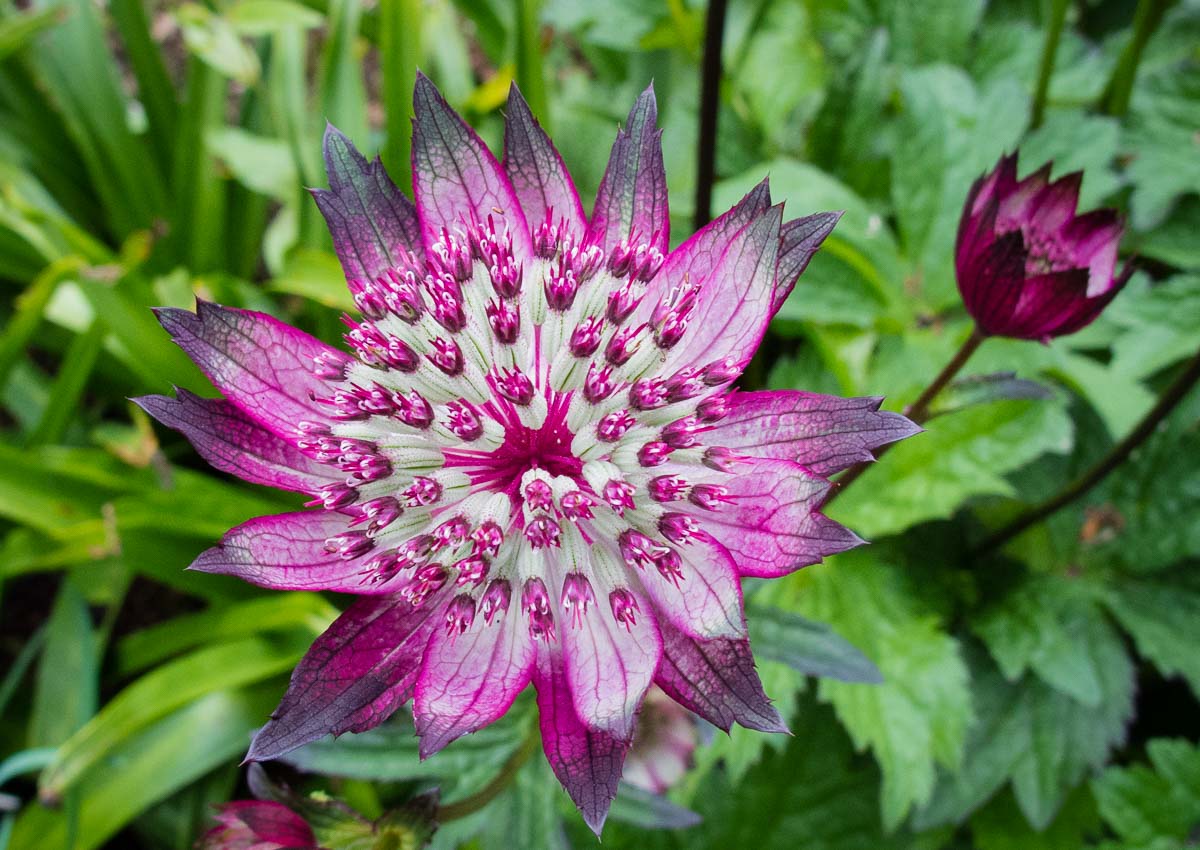 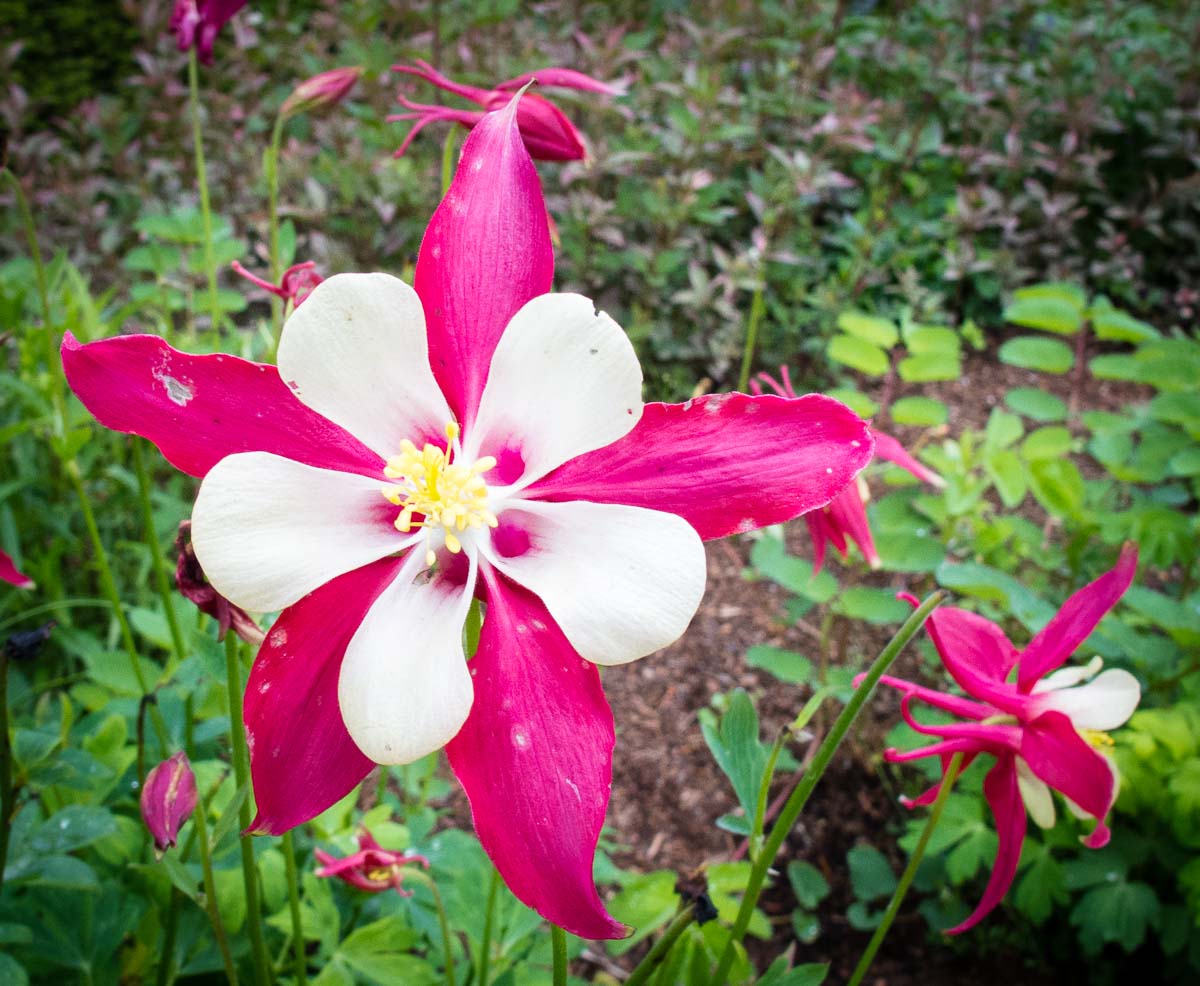 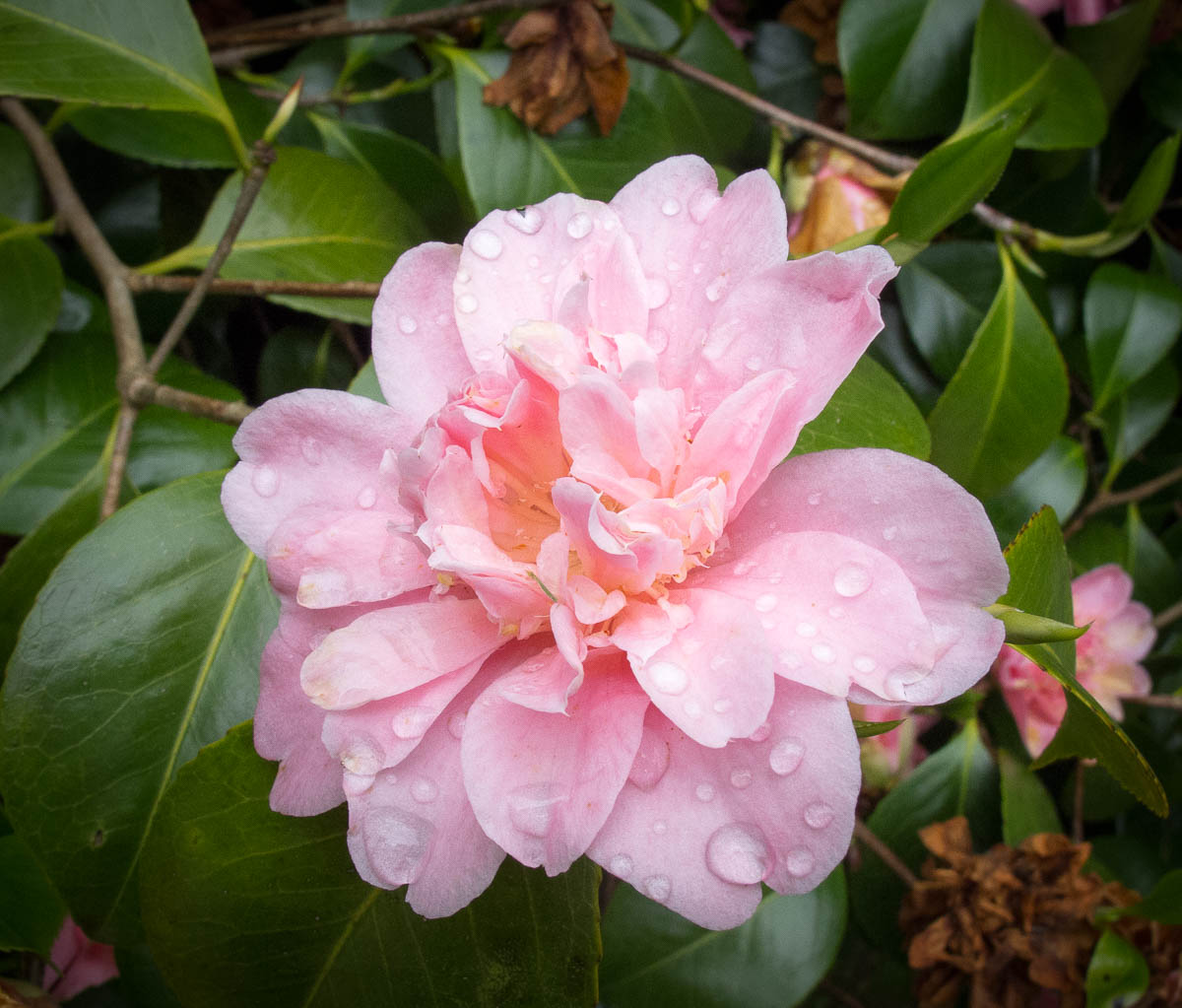 Camelia  – there were still some late-spring ones flowering 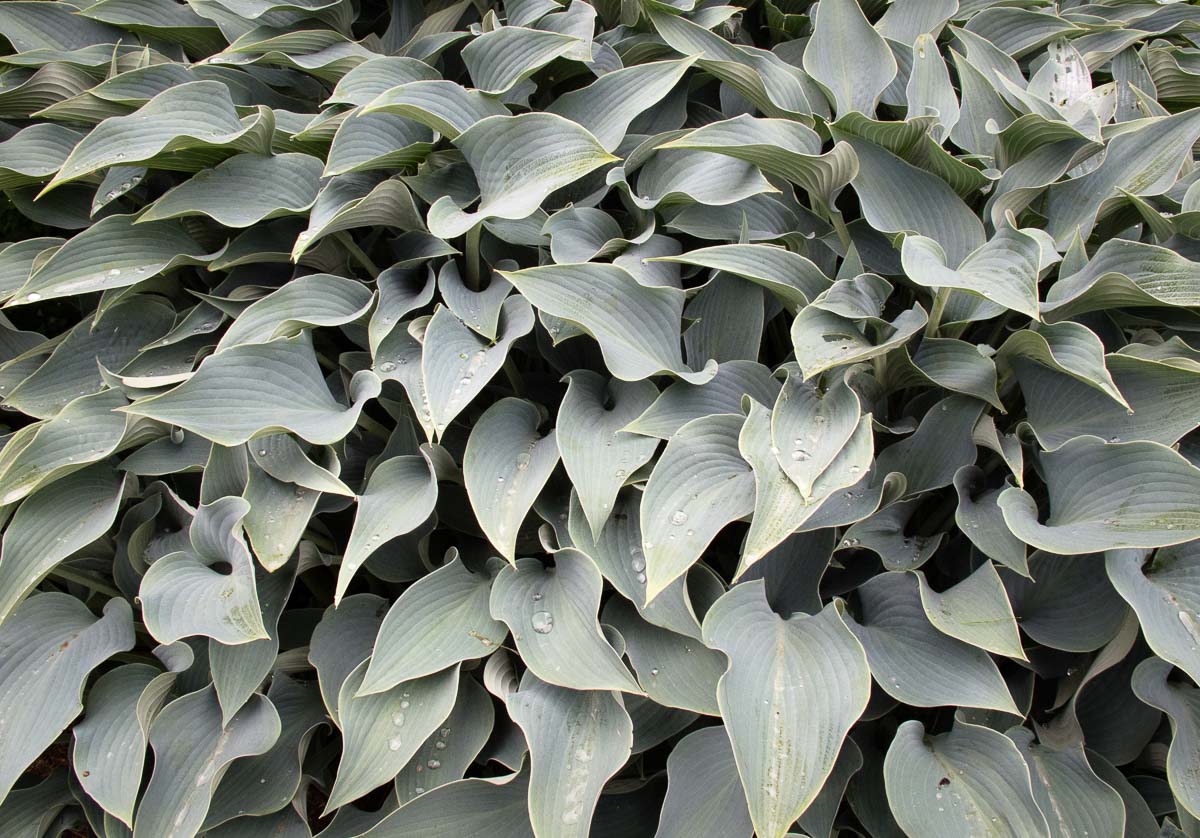 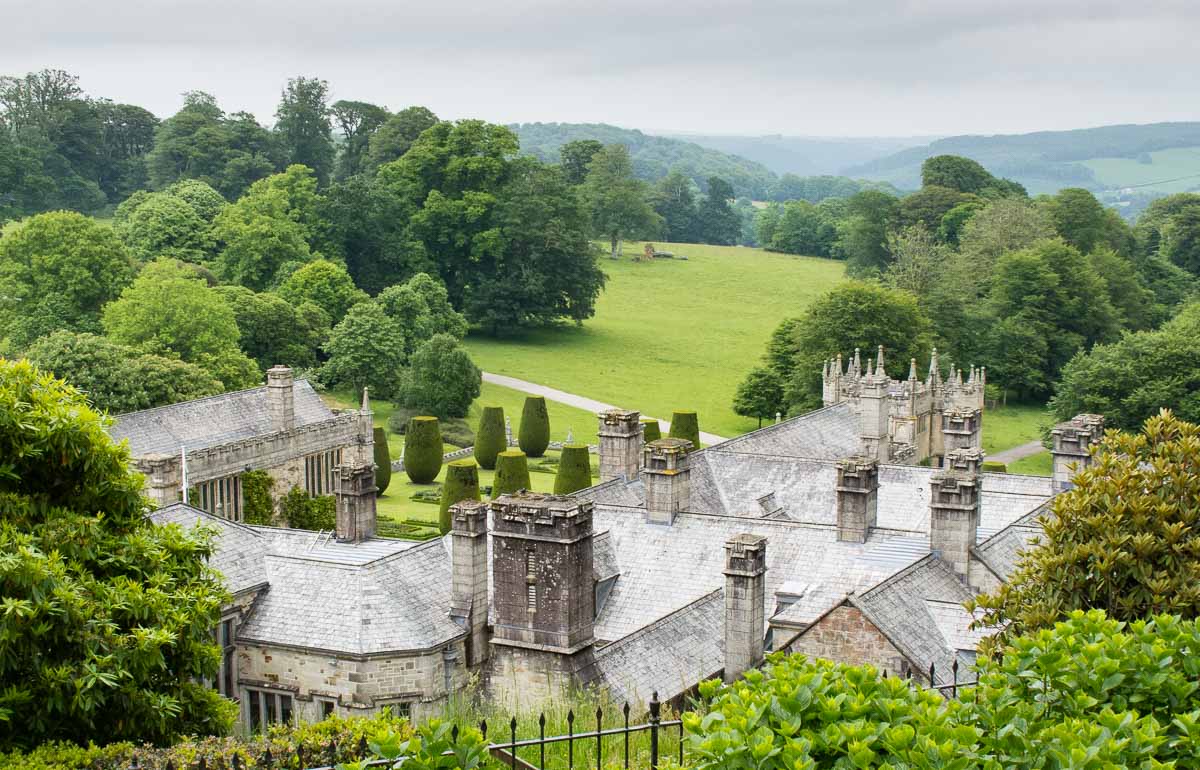 Lanhydrock House from behind. I like all the chimneys, here and everywhere. 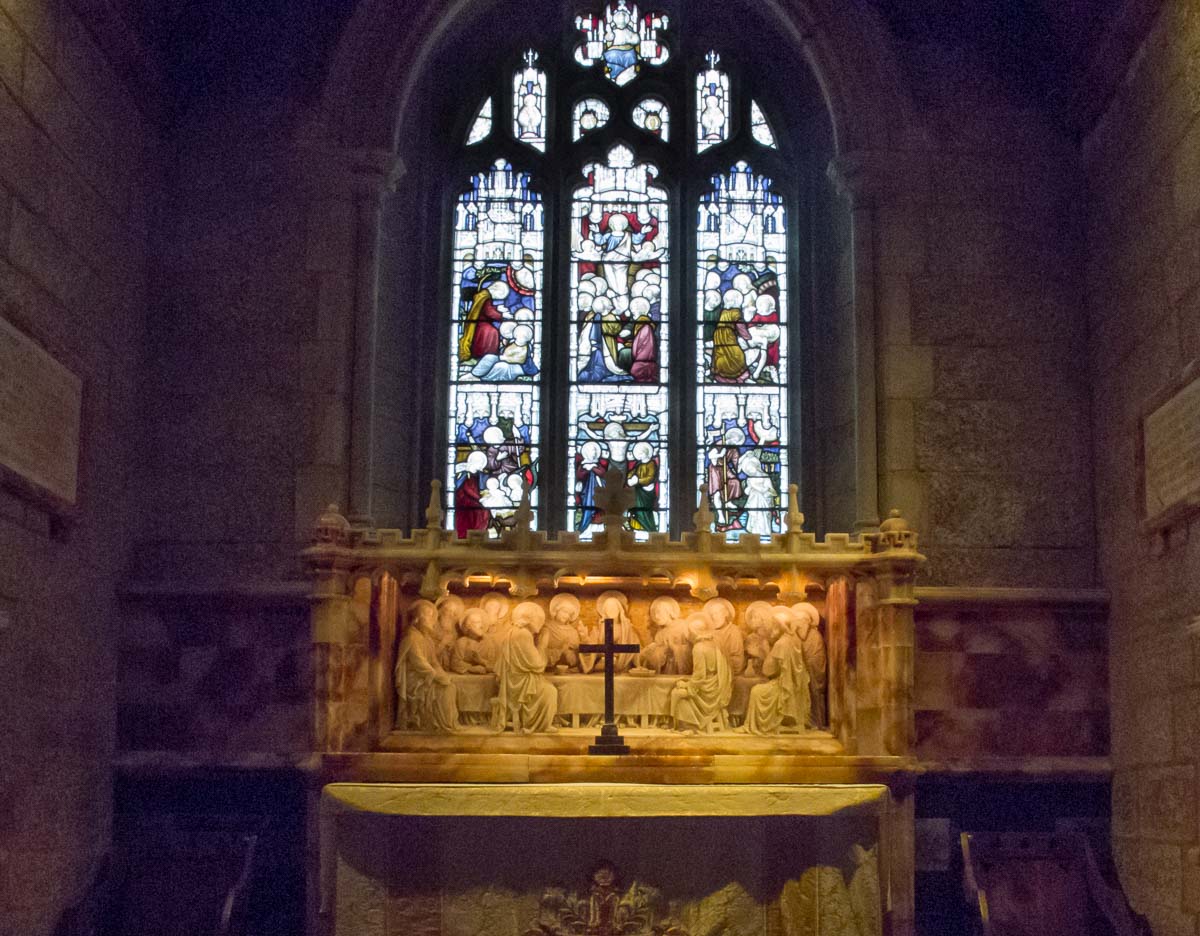 The rain never came luckily, and it was time for a coffee at the cafe. Then it was off to have a look through the house, after capturing a little scene I’d spotted from the cafe. 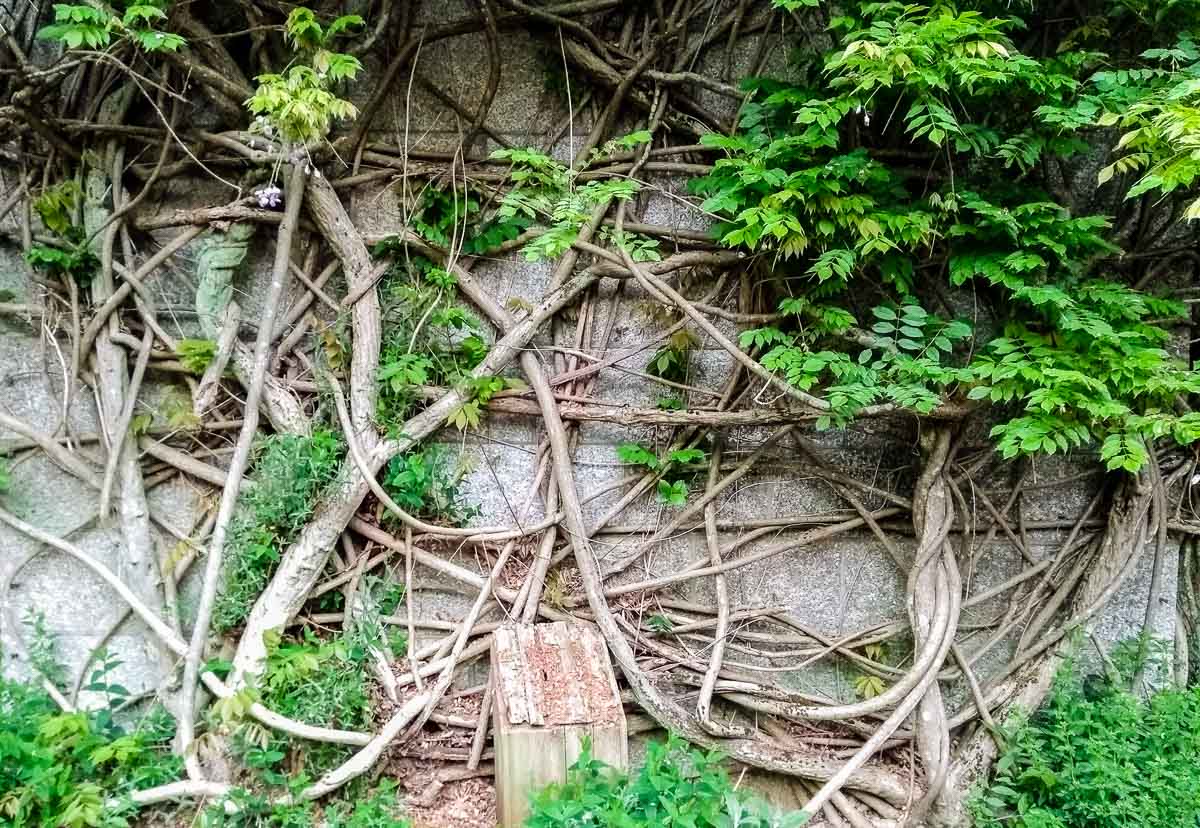 Lanhydrock House wall and vines. I liked the tangle of everything, the natural chaos. 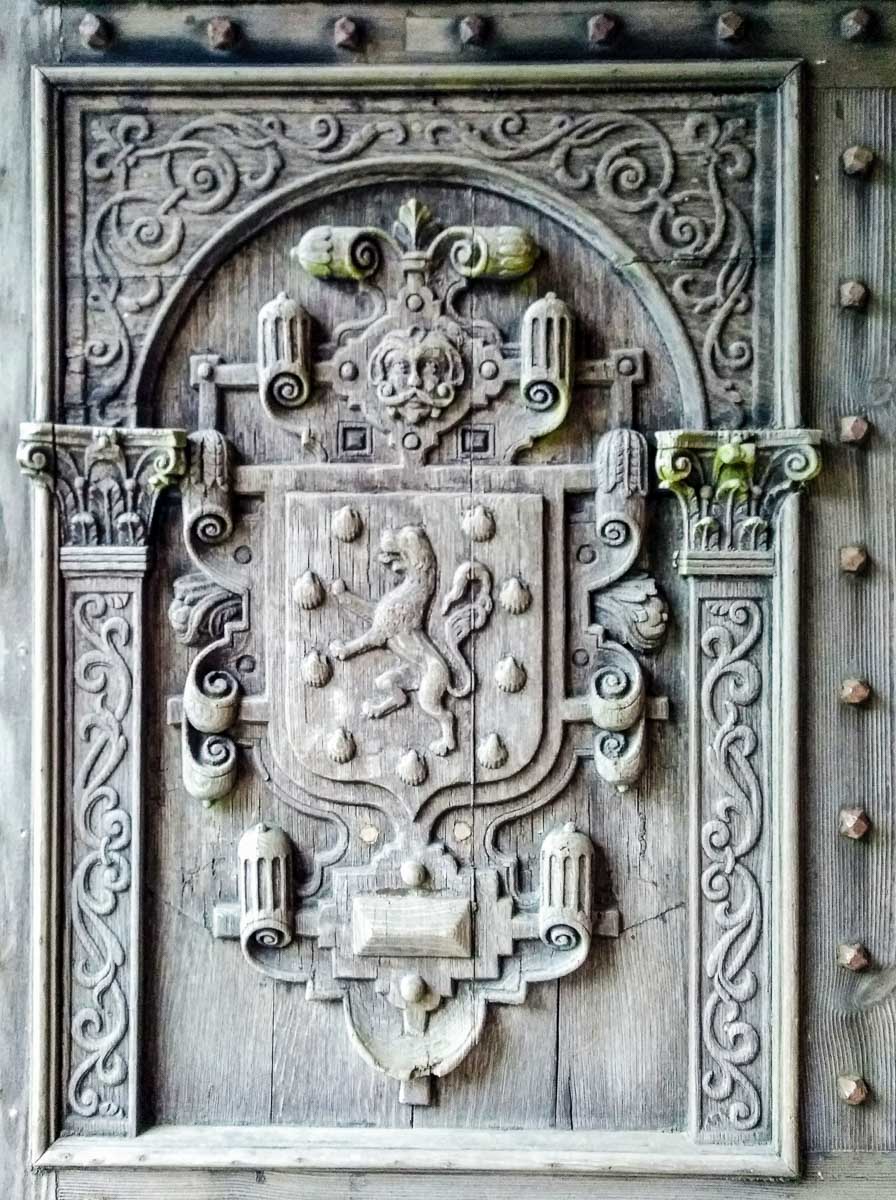 A quarter-part of the original front door. They don’t make them like this anymore. 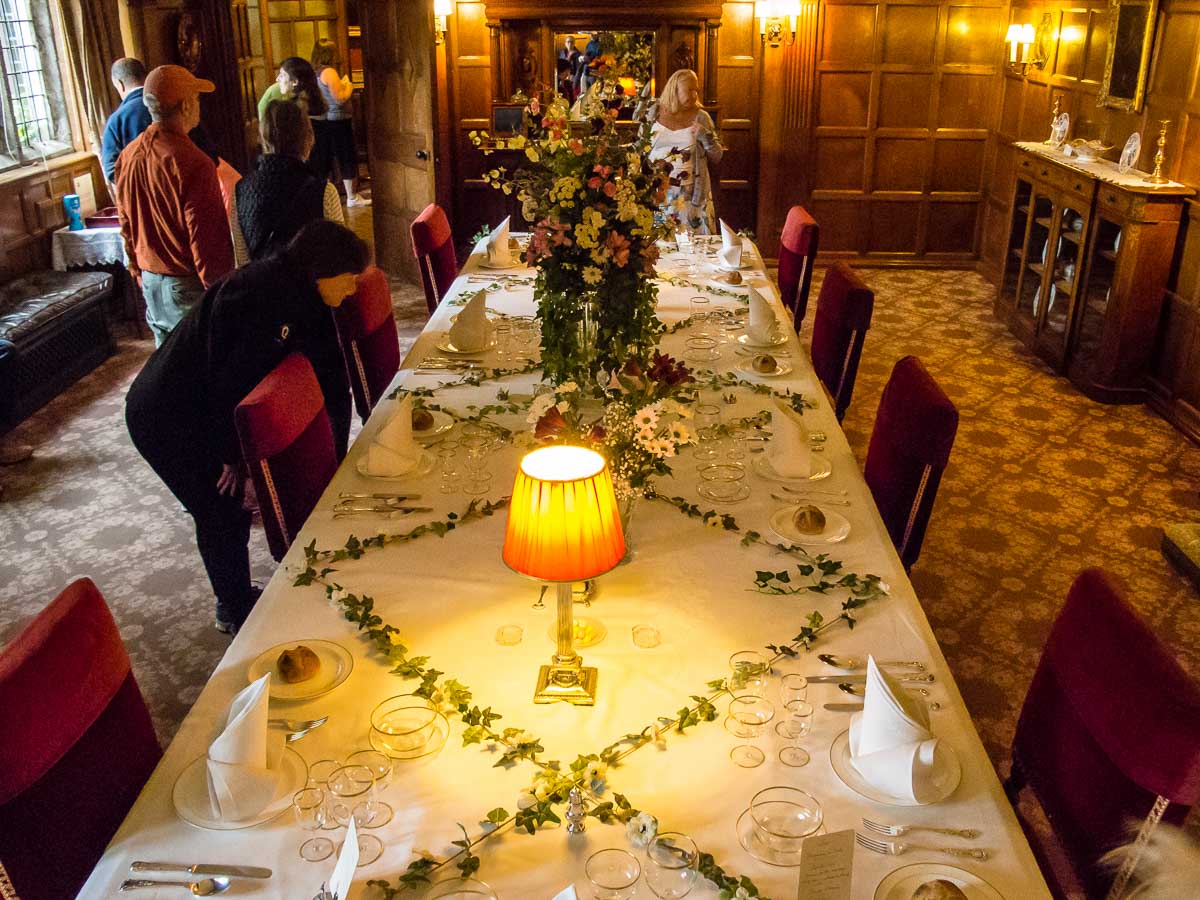 We were stumped by the knife and spoon side – we couldn’t work out what was for which course. 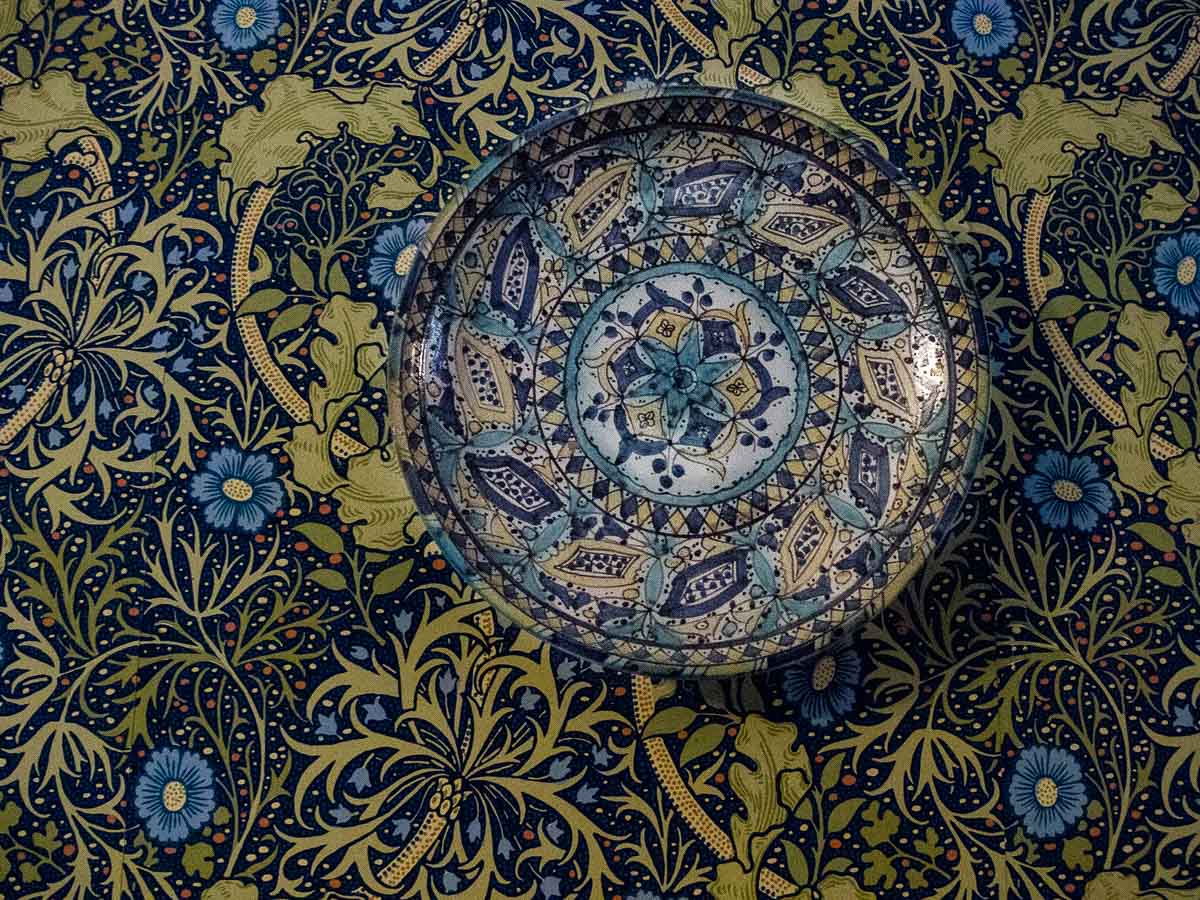 Wallpaper – not original – replaced 1969. William Morris print – Arts and Craft style.  Imagine having to match your cutlery and your wallpaper. 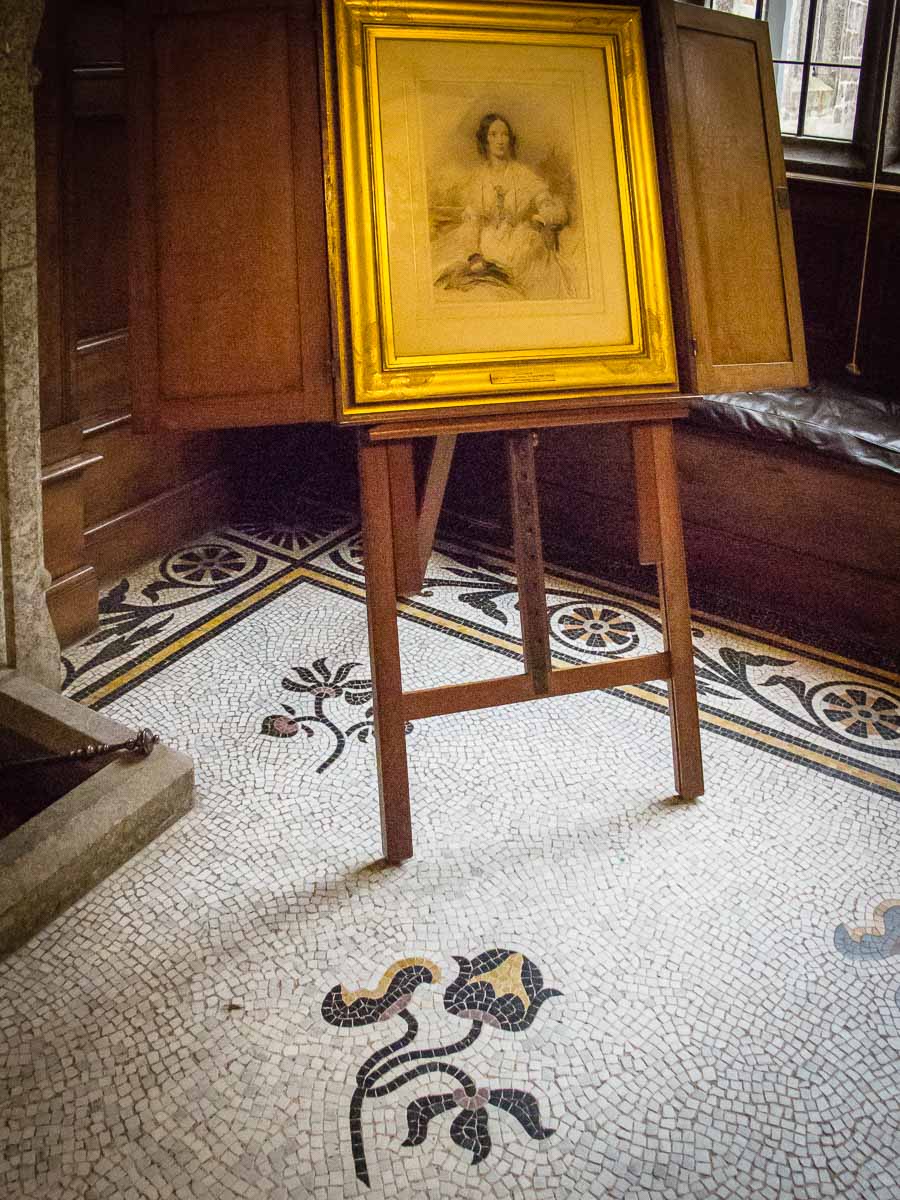 I’m not sure about the mosaic tile floor for a living room – a bit bathroom/toilet vibe for me. 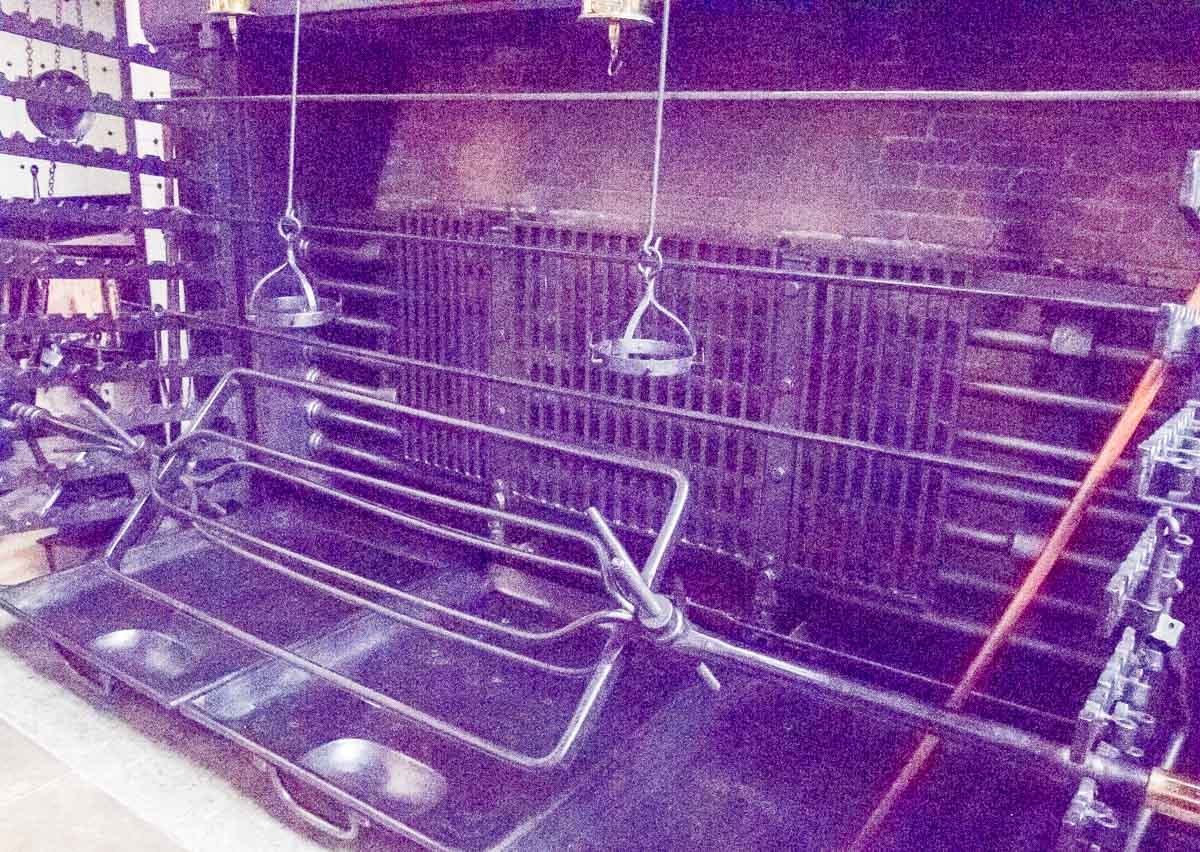 Kitchen. Not a good photo but an awesome BBQ. Self-propelled spit roast big enough for a large animal. Simultaneous roasting hangers for chooks and other things. State-of-the-art in late 1800s. Definitely the industrial model. 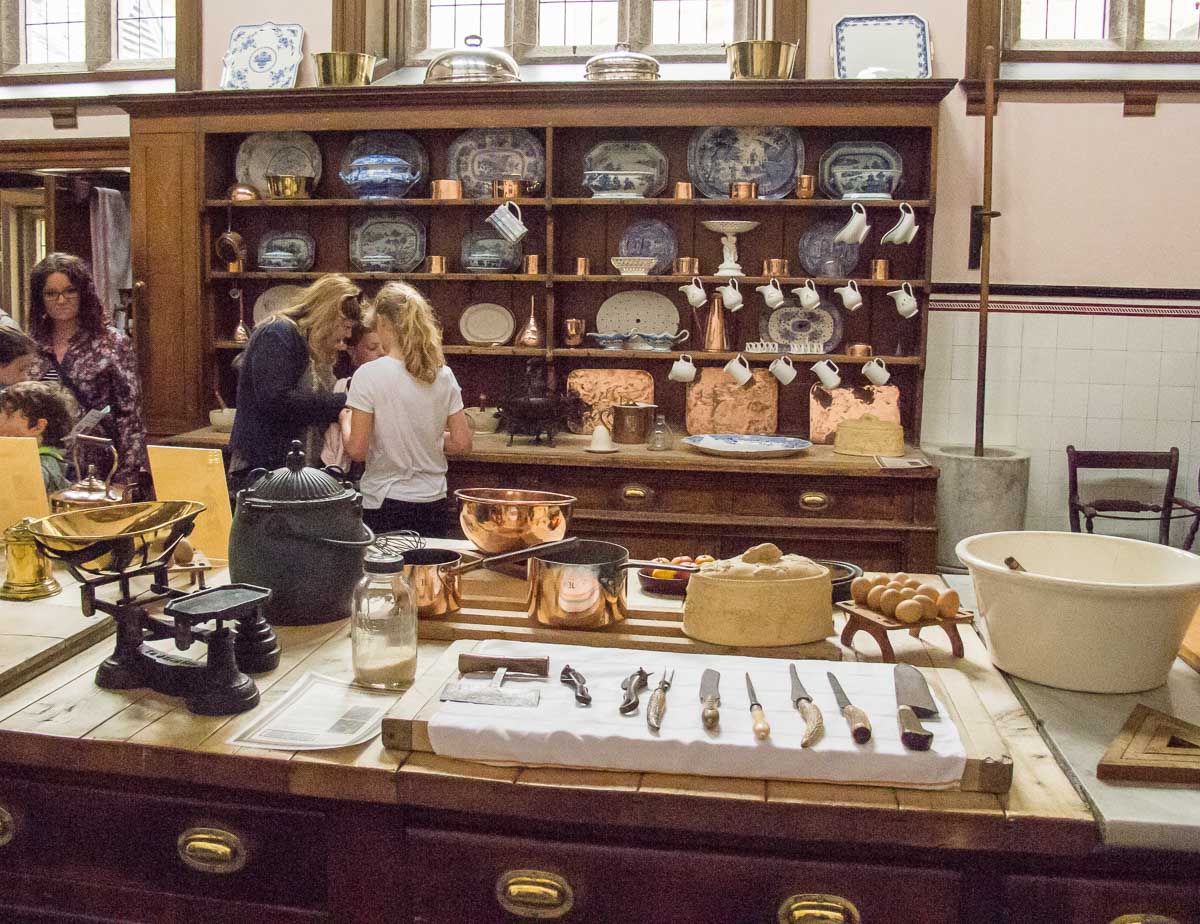 Modern kitchen back in the late 1800s. 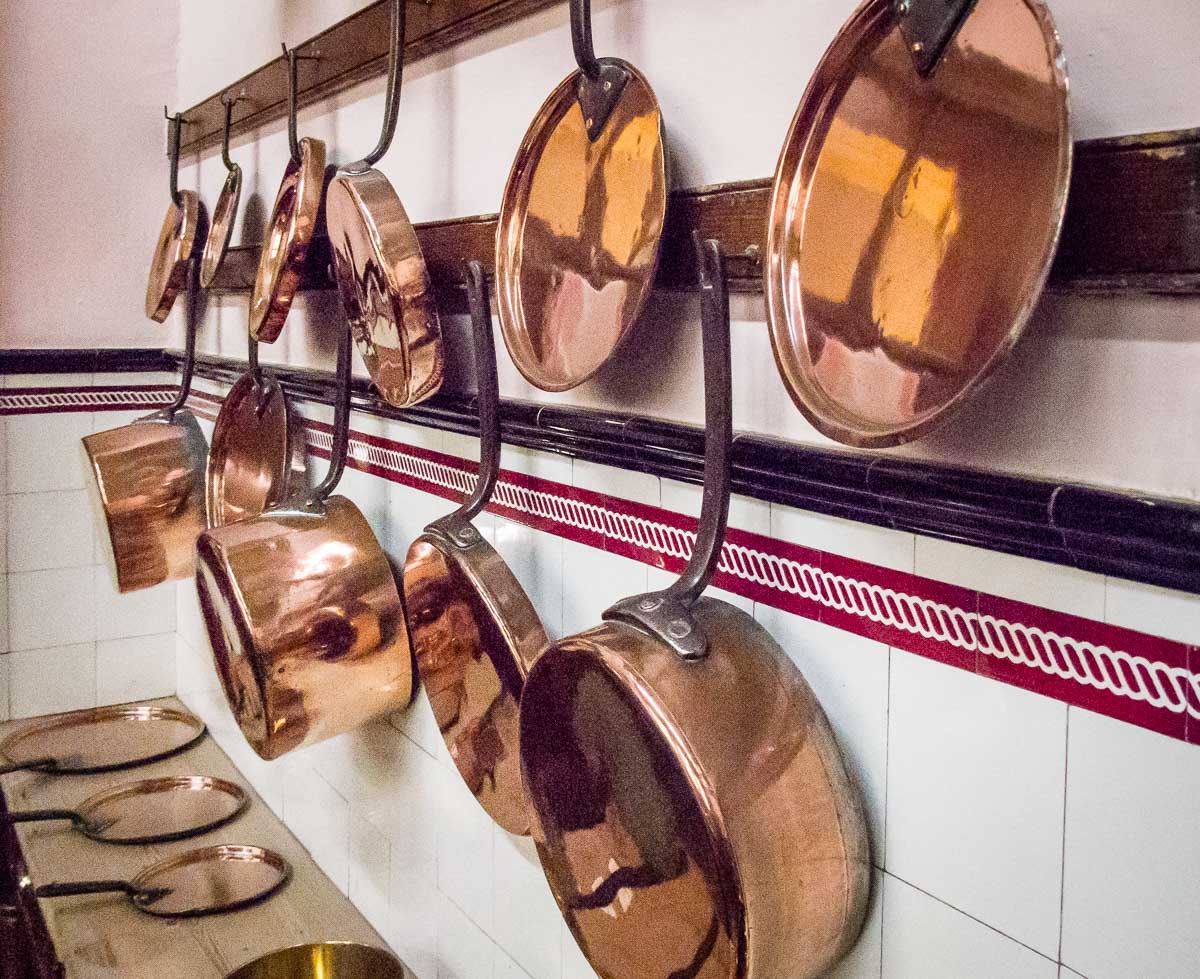 The copper ‘batterie de cuisine’ was used for important occasions.

This was a big kitchen operation, set up in the late 1800s as part of the rebuild after the fire. Apart from the kitchen, there were separately; The Scullery, The Bakehouse, The Pastry Room, The Pantry Room, The Meat Larder, The Dairy Scullery, and The Dairy. 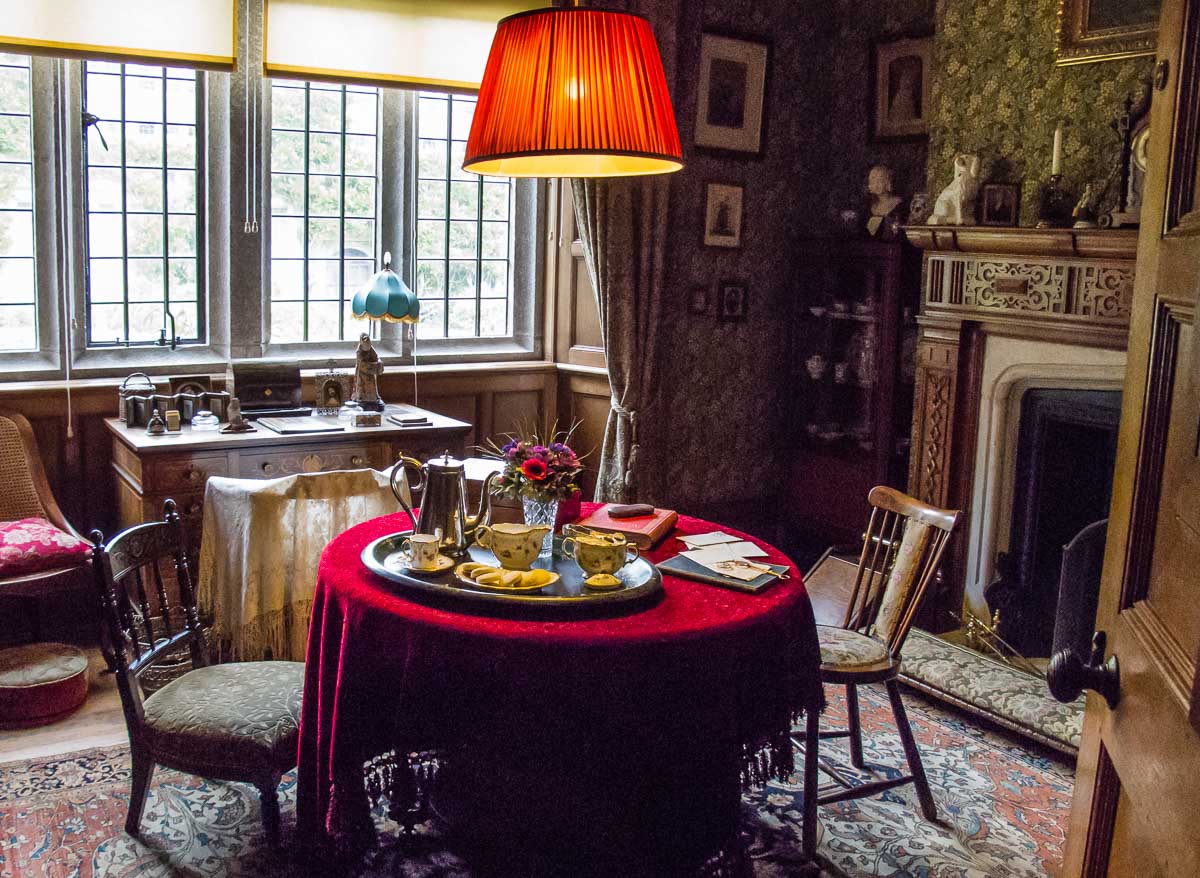 I wonder if the biscuits were real and if so, does anyone get to eat them at the end of the day? 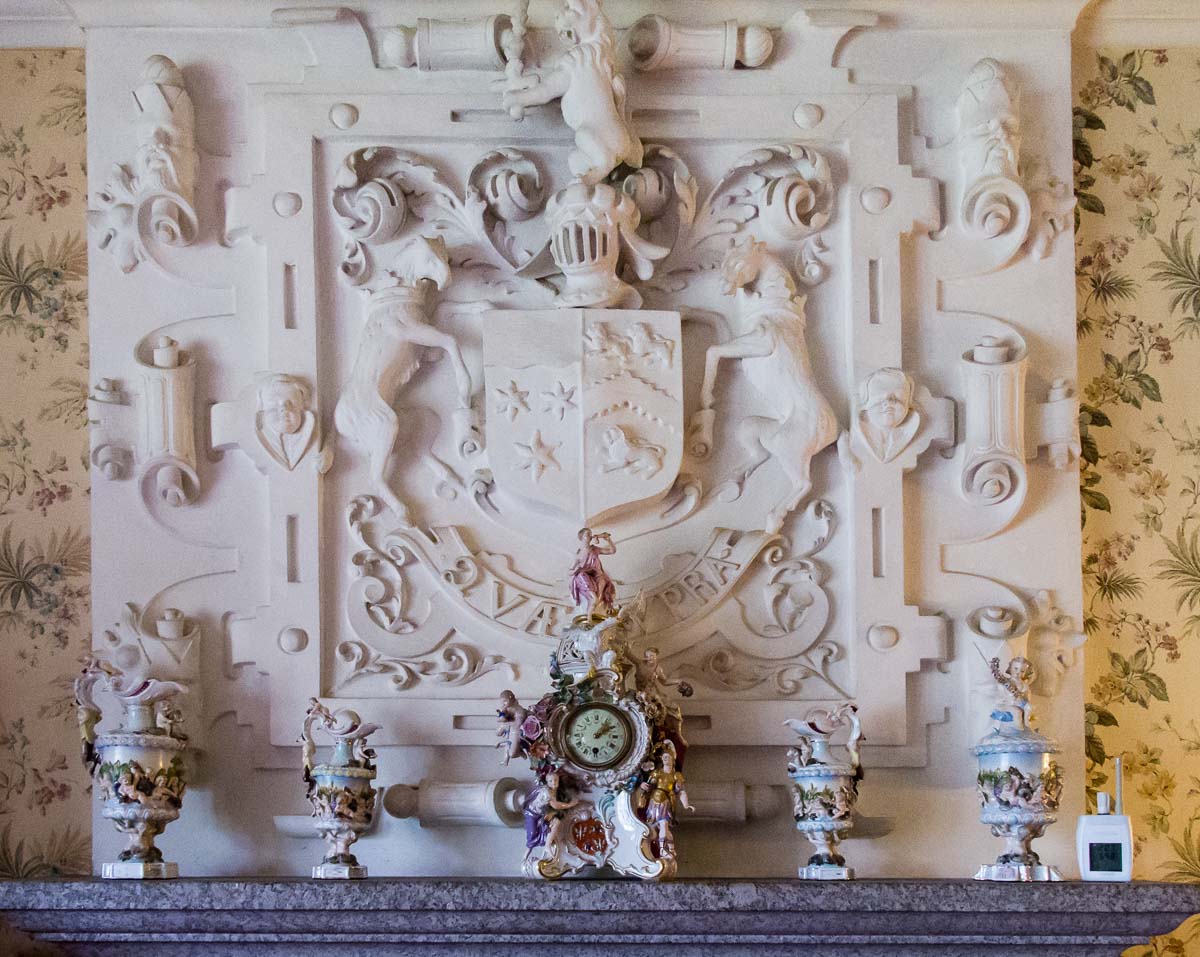 A bit of decoration above the mantelpiece.  The coat of arms seems a bit over the top. Might the guests have forgotten where they are or who they are with? 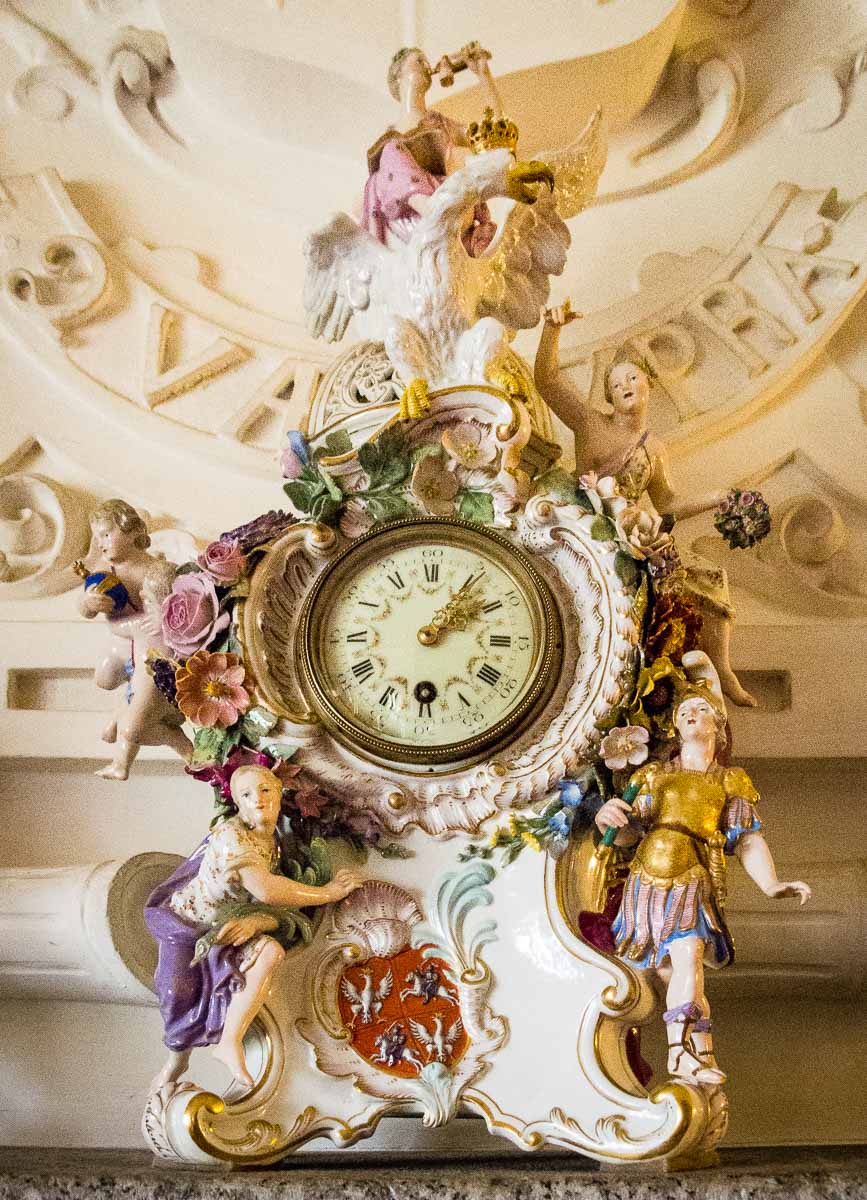 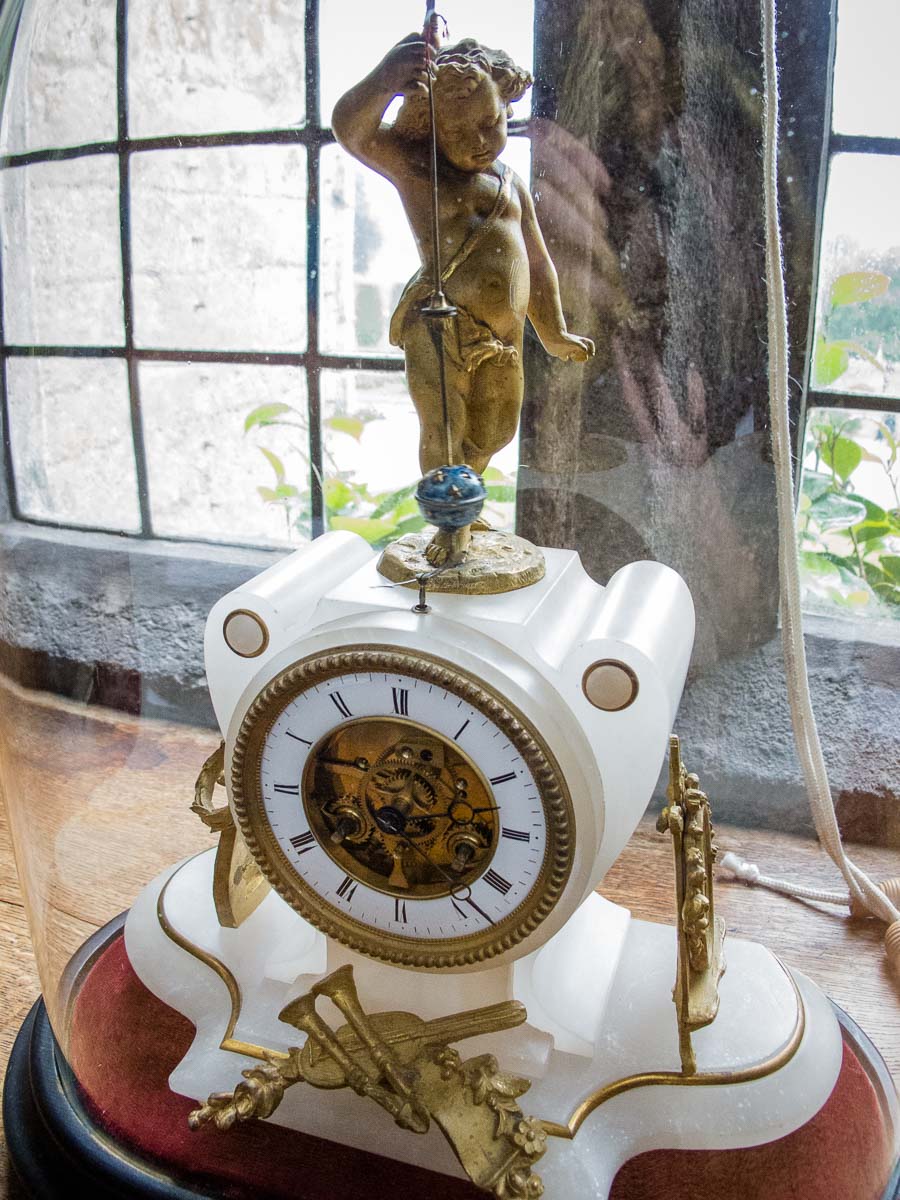 Another cute clock, with the nude workings in case the guests might think it was electric? 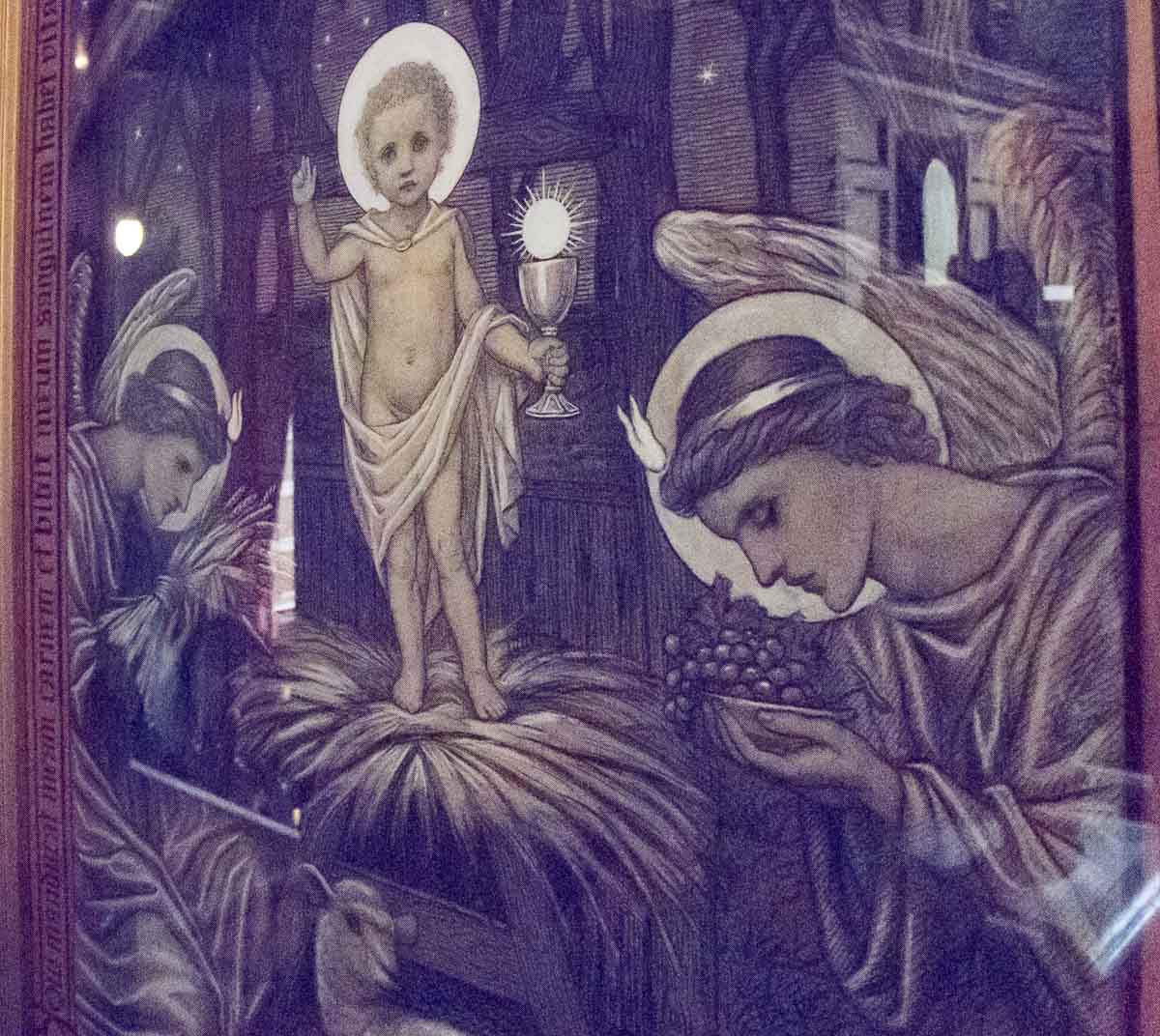 Isn’t there a bit much artistic licence with Jesus standing in his manger, holding a goblet of something … Ribena? 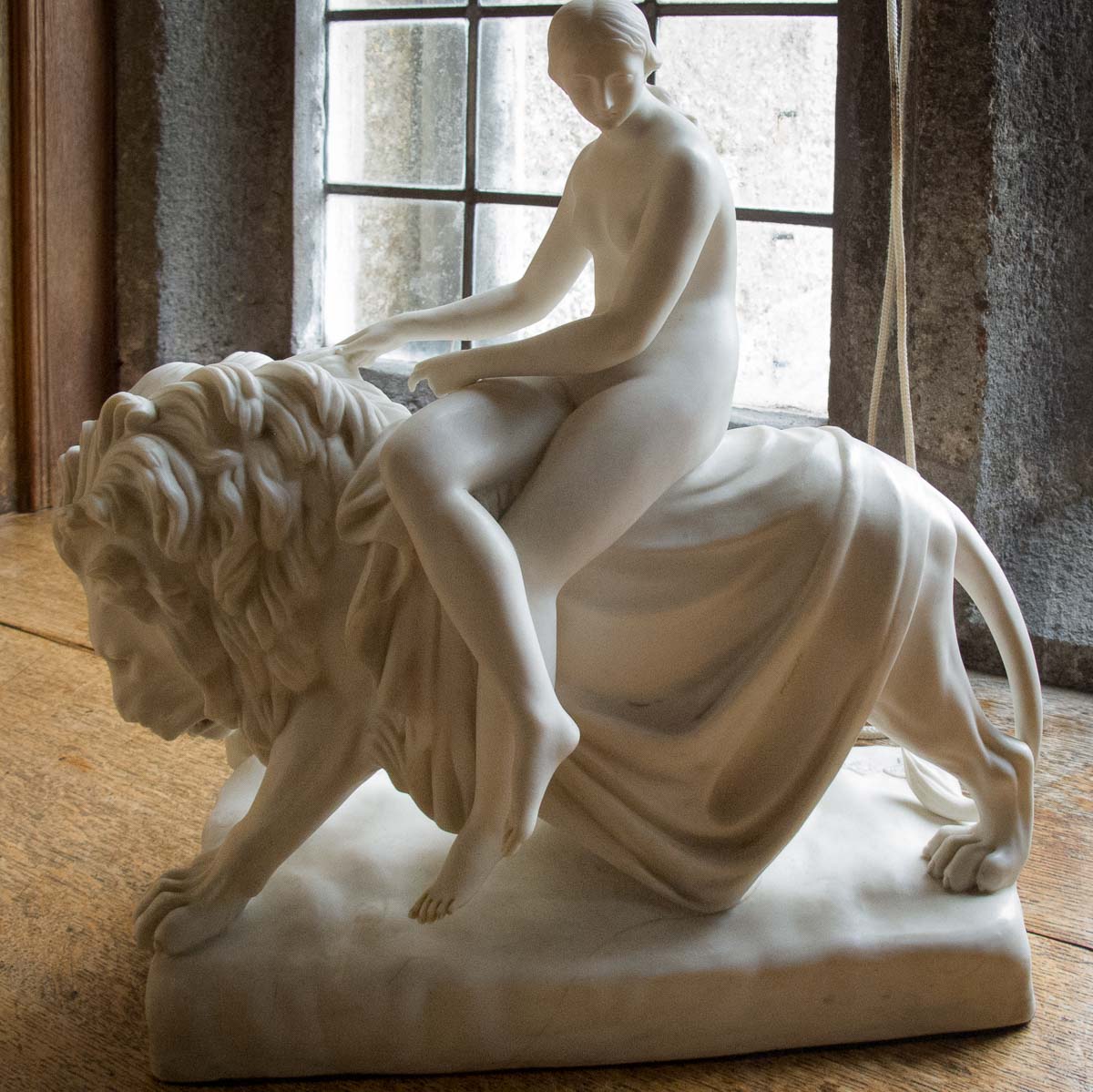 At last a classic statue, although what’s the symbolism of riding the lion about?

The most extraordinary room for me was the Long Gallery, the great room of the house. It’s 35 metres long. “The remarkable plaster barrel ceiling was almost certainly finished just before the outbreak of the Civil War in 1642.” It has 24 panels portraying parts of the Old Testament. 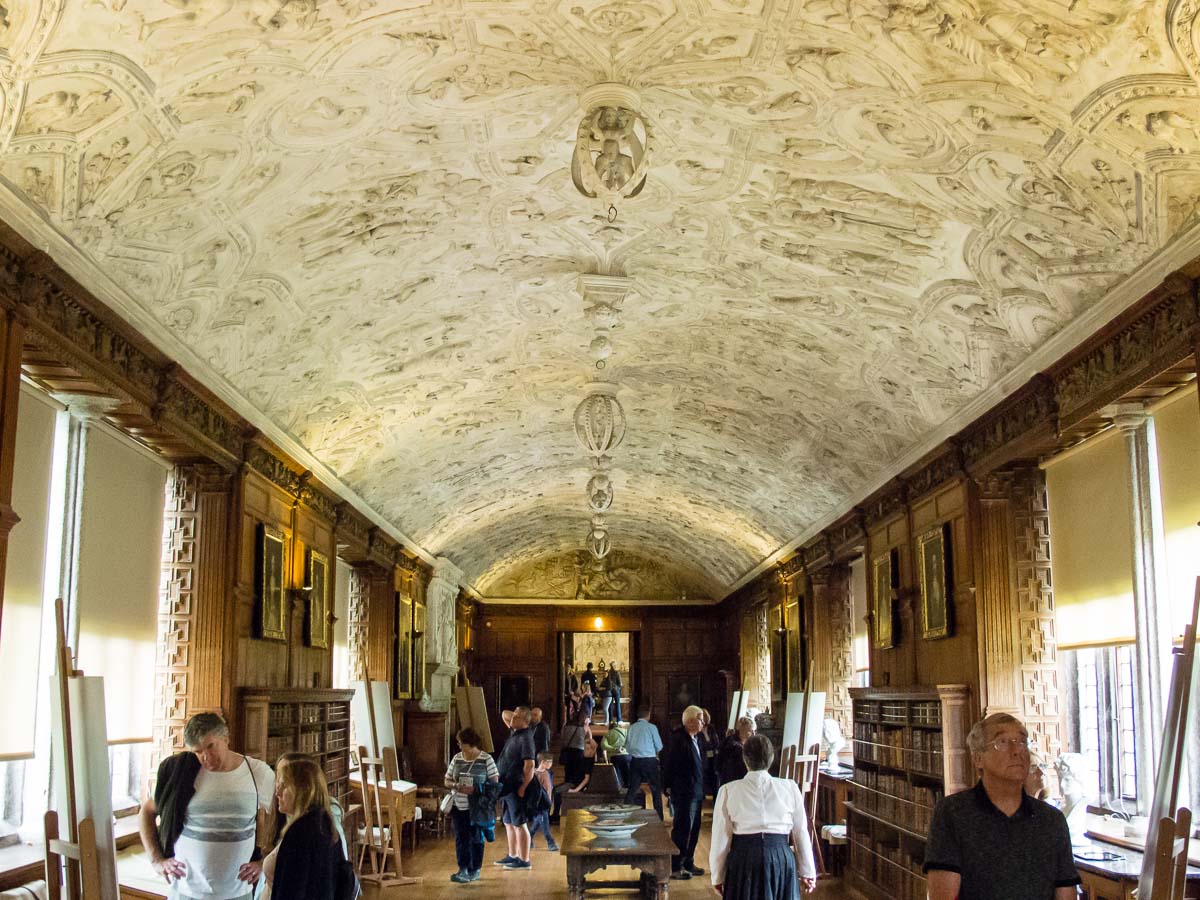 The Long Gallery at Lanhydrock House is long 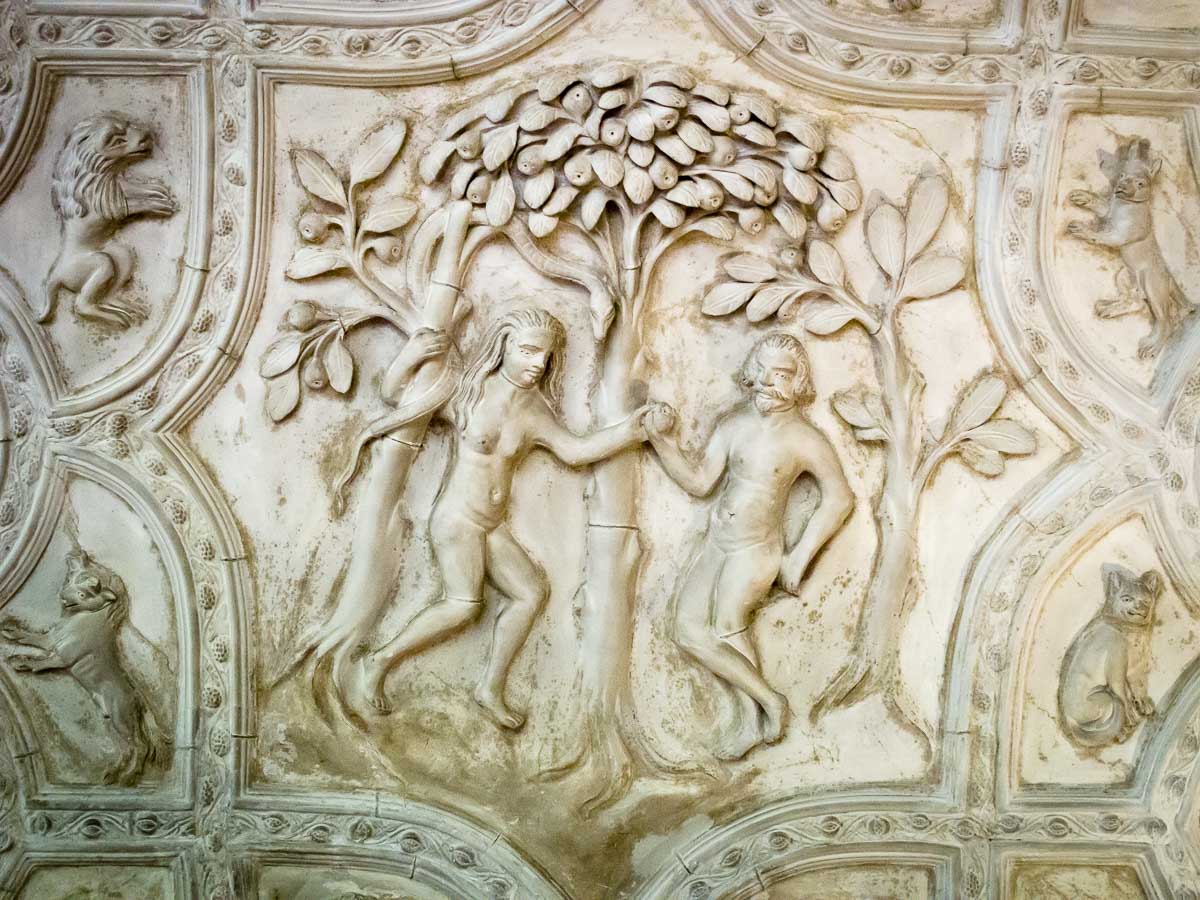 Part of the ceiling decoration, Adam and Eve. Eve looked a bit younger and Adam a bit older than I’d imagined. With the moustache, it’s a bit creepy for me. 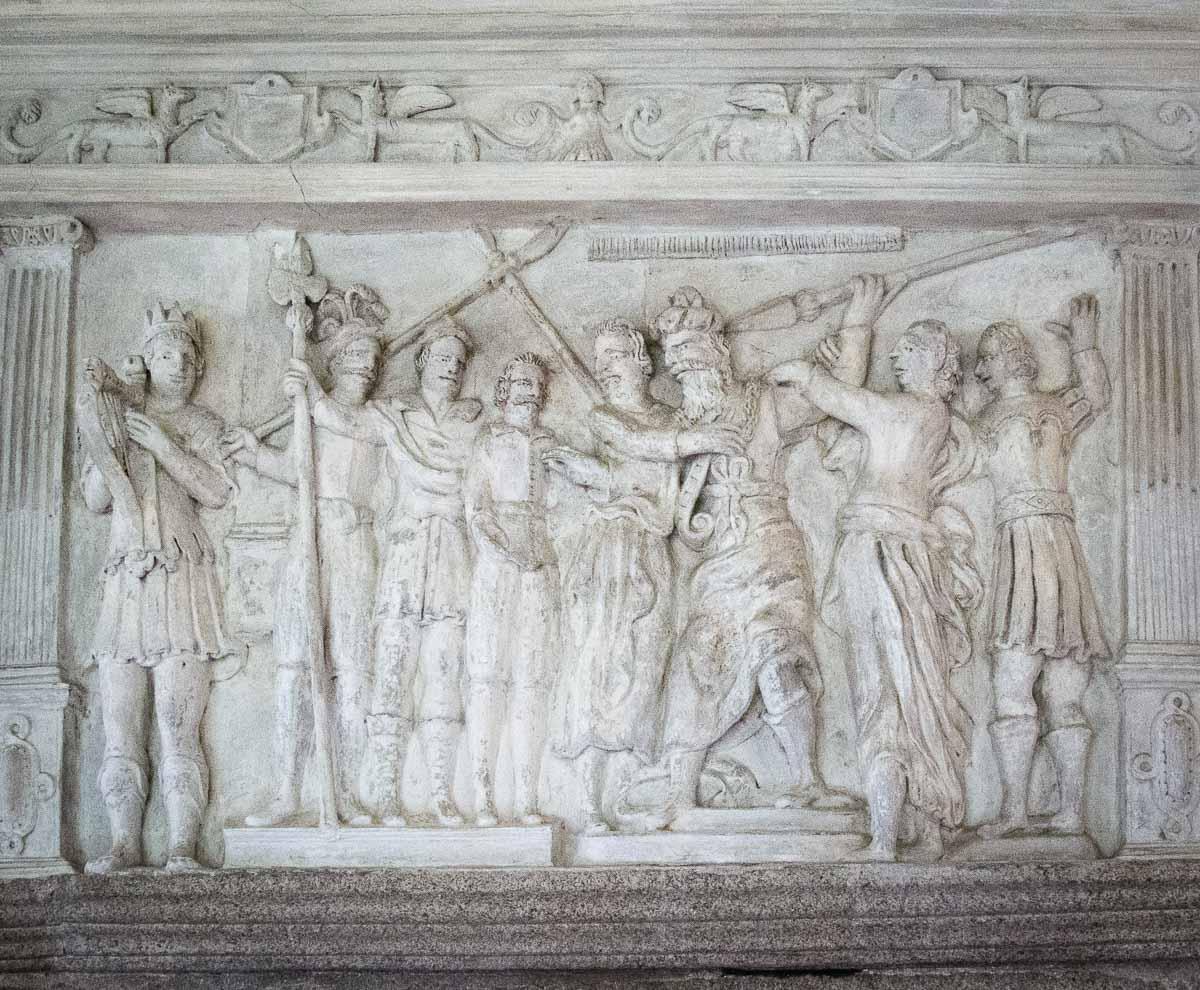 A bit of argy-bargy about something. Or are they ganging up on the harp player? 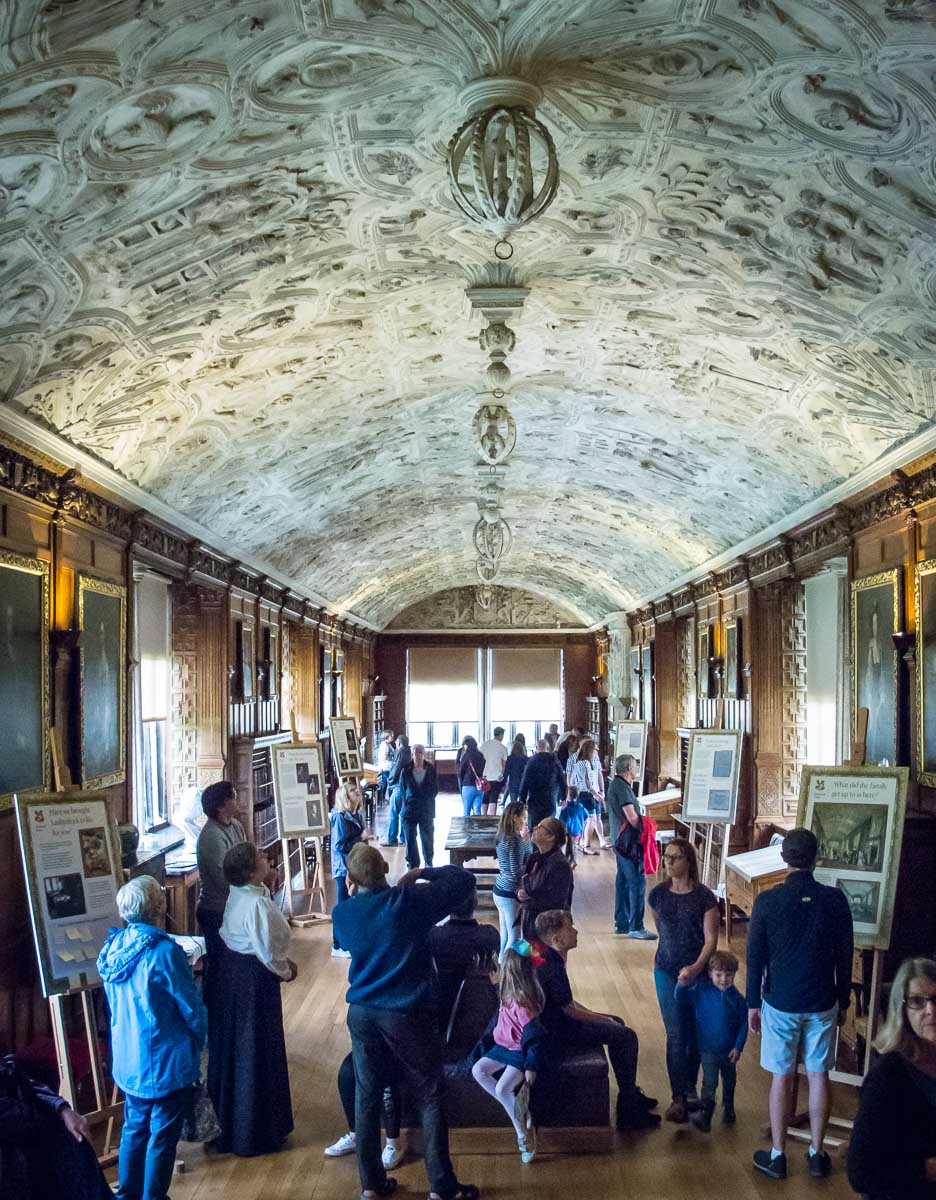 The Long Gallery is a great and long room

I’d joked when we walked into the Long Gallery that it would be good for indoor cricket. An interpretation board in the room explained it had been used for a variety of purposes, not least playing cricket. Given the price of glass and inconvenience of replacing broken windows, that does seem a bit extravagant. But a jolly good idea. You could have had a full-length pitch, a 5 metre run-up for the bowler, and still had 5 metres behind the stumps for the keeper and slips. Perfection. A hit through a window could be 6 runs, out, and a £50 fine. Sorted!

The Long Gallery was a good conclusion to a very interesting tour of the Lanhydrock house and grounds. We were glad that we’d made the effort to see it after all. It was now time to make our way north to St Teath and our AirBnB for a couple of nights with still more we wanted to see in Cornwall.