Friday 5 March was the start of our next adventure. We were off north to have a go at relief motel managing. The day was getting on by the time we left Dunedin at it was 5pm by the time we stopped at Oamaru at the Whitestone Cafe. We were pleased to find them open. It was good to be on the road again although it was going to take a while to readjust – it’d been a while. We stopped for the night at Ealing, just north of the Rangitata River. There is a nice parkover just over the railway line so away from most of the SH1 traffic noise. There were milk tankers rumbling past, and a few other motorhomes, but it seemed like the wilderness. 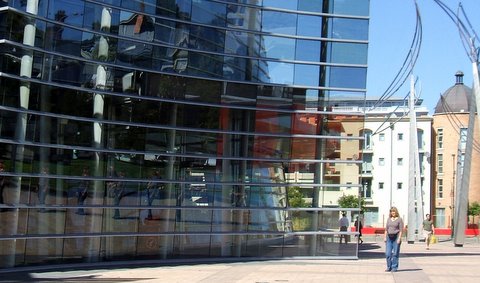 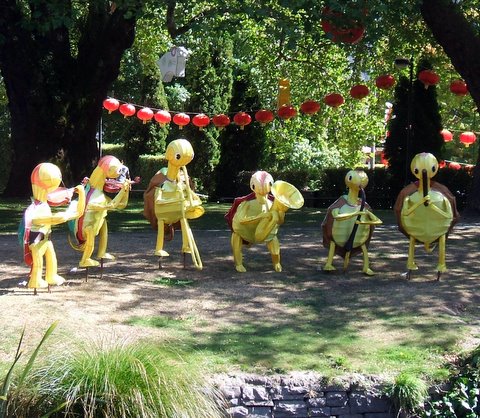 Saturday was a lovely morning and we got going north again. We made a stop at the Dunsandel Cemetery to visit my Mum. Wyn donated some purple Statice and we stopped beside the road and picked some white wild flowers and with the artificial ones already there Wyn made a lovely bouquet. Then it was into Christchurch and around to Woolston where we’re allowed to park in the Club carpark.  We visited Wyn’s niece and next day moved Suzi round to my cousin’s place. We decided that her driveway mightn’t cope with 7 tonnes of Suzi and found a good spot for Suzi on the verge in front of her house. She had someone coming round to help with concreting some garden edging so we pitched in to help – ending up in charge of inserting some broken crockery into the surface for decoration. She was off out for an afternoon BBQ thing and we went to visit my brother and sister-in-law to catch up. It was a lovely evening and tea back at Beth’s was outside and later we finished the day in her spa pool.

Beth was off to work on Monday morning – as are most people. We headed into Christchurch to visit the Art Gallery. There was an exhibition of Sutton’s watercolours of Italy for one thing. We enjoyed a walk along the Avon and a muffin and coffee sitting in the sun. It was a lovely morning – too good to miss. Eventually we headed back to pack up Suzi and hitch up the car and headed north just in time to beat the schools emptying out.

We stopped at the truck fuel stop at Amberley and tried to find the dump station at Teviot – unsuccessfully. Over the Hundalees and down to the coast; it was clear there was a bit of a sea. The swell was huge and the crashing waves were making a mist that drifted miles inshore. We headed through Kaikoura and in the gathering gloom pulled off at Paparoa Point. There was a motorhome already in residence as well as a group in tents. We found a level place to stop and that was home for the night. The noise of the surf was thunderous – it was a wild and wonderful place.

Sunrise on the coast north of Kaikoura

There was a fabulous sunrise in the morning – Tuesday 9 March. And we could watch the seals testing out the swell. They preferred to use the boat ramp – maybe it was a bit big for them as well. We made an uncharacteristic early start and headed on north. We called in to check out the new truckstop parkup place just south of Blenheim and enjoyed a coffee in the sun. It’s $12 without power with access to toilets and coin showers and cafe. It’s an interesting concept and it’d be good to see it spread. We drove on to Blenheim and Bella Vista Motels to start our new vocation or should that be vacation vocation.