Reconnaissaince of the Richmond Range

Wyn had discovered some information on the Northbank area of the Wairau Valley which Blenheim sits in. Northbank is another classic piece of kiwi/DoC underwhelming naming. It is actually the southern edge of the extensive and interesting Mt Richmond Forest Park, the backbone of which is the Richmond Range. Armed with our $1 Doc leaflet and scale-less map we decided that Saturday 27 November was the day for some exploring. But first there was some shopping to do. 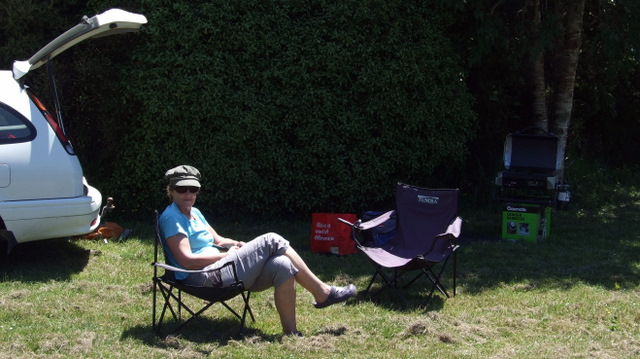 First BBQ with the new BBQ at Onamalatu Reserve

We’d been thinking about replacing our BBQ for a long time and finally ran out of excuses. Placemakers had a special price day and the Gasmate Cruiser we’d been contemplating came up at a good price so we zoomed in first thing. I’d been thinking we’d need a new gas bottle because our old BBQ did not have the quick-attach fitting the new one does. It only occurred to me a few days before that we already had two large gas bottles in Suzi with the right fitting. It was one of those things that are so obvious you have to wonder why it took so long to think of it. 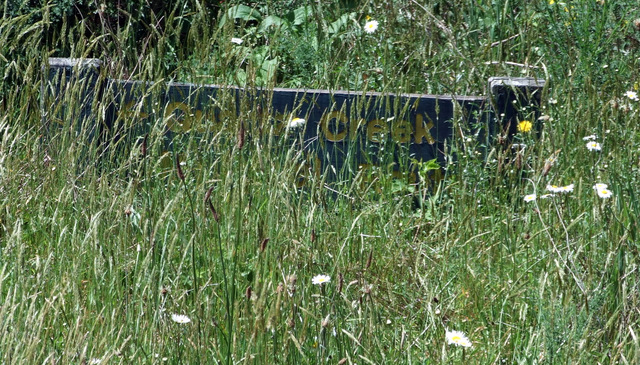 The Quartz Creek sign was a bit hard to find.

So, prepared with our picnic lunch and new BBQ with a dinky little portable gas canister we finally set off on another very warm day. We headed out towards Havelock and just over the Wairau River turned off to the West.  Almost immediately we encountered a big sign listing which walks and road were off-limits because of logging operations.  We headed up the first side valley to the Onamalatu scenic reserve. There is a huge picnic area and we found a spot to set up our new BBQ and have some lunch. We were impressed with the area, and with the large Polynesian family group enjoying a wide variety of games on the grassed open space.

After lunch we headed back out to the Wairau River and continued west on North Bank Road. The scale of the forest park became more evident as we headed west without getting far on the map. Our plans changed as we realised we would run out of time. We had to be back in Blenheim by 5pm for an evening of motel minding. We settled on a short walk up a Quartz Creek which was up the next side-valley west. 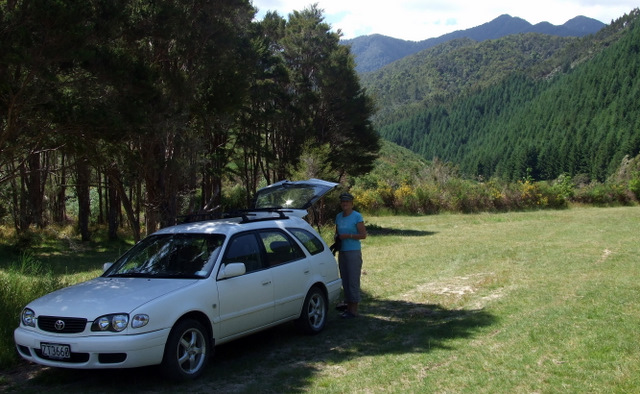 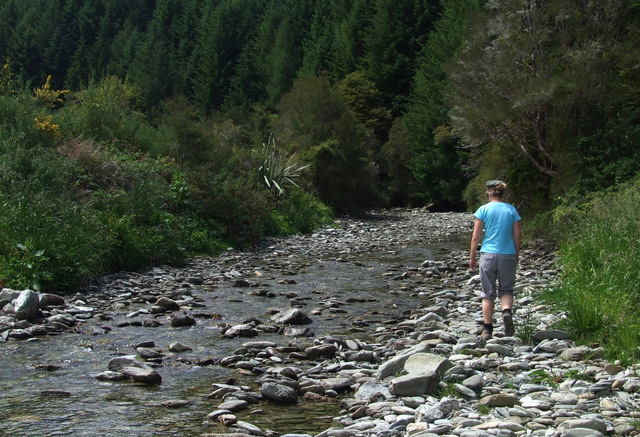 Which was easier said than done. After the name of the road we turned off on, there wasn’t one helpful sign at all. The road forked a couple of times with nothing saying which way we should go. We became like a couple of native trackers – out looking for indications of the right way to go. Eventually we gave up and went for a brief explore and then we found a sign buried in the long grass indicating that we were at Quartz Creek. This was the Department of Confusion at their best. 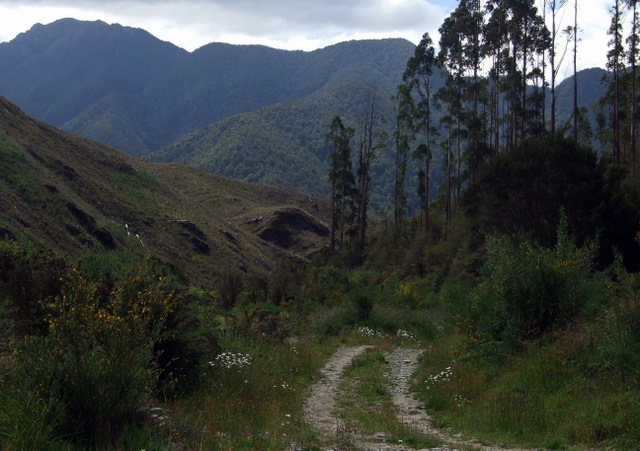 Quartz Creek looking into the Richmond Range - Mt Royal on the left.

We were running out of time by this stage so consoled ourselves with a 15 minute walk up Quartz Creek towards the the depths (and ups) of the Richmond Range. It was a very warm day and a lovely little creek. We found a lovely pool where it was deep enough for a dip – and had a dip. Which cooled us off. Then it was time to zoom back to the car and retrace our steps to Blenheim. After a quick trip and a very quick shower we were in time to mind the motels for the evening.

We’d seem enough of the Richmond Range to realise that it’s a big and interesting area and we’re keen to get back there again with more time for more exploring.

1 Response to Reconnaissaince of the Richmond Range