Life was good at the kiwifruit packhouse camp. This year the sun shone and the Tuis sang. With only a couple of wet spells the grass accessways within the camp mostly stayed firm. We set our privacy room up early in April once we decided we were staying put. This extra sides for the awning can be a pain to put up but it does provide appreciated extra room when we’re parked up like this. Plus with the pallets for flooring it keeps us off the grass. Some blokes did great work making the pallet floor into a virtual floor – but somehow I never got around to further  improvements. Maybe I was too busy sitting in the sun trying to finish the previous Weekend Herald newspaper. 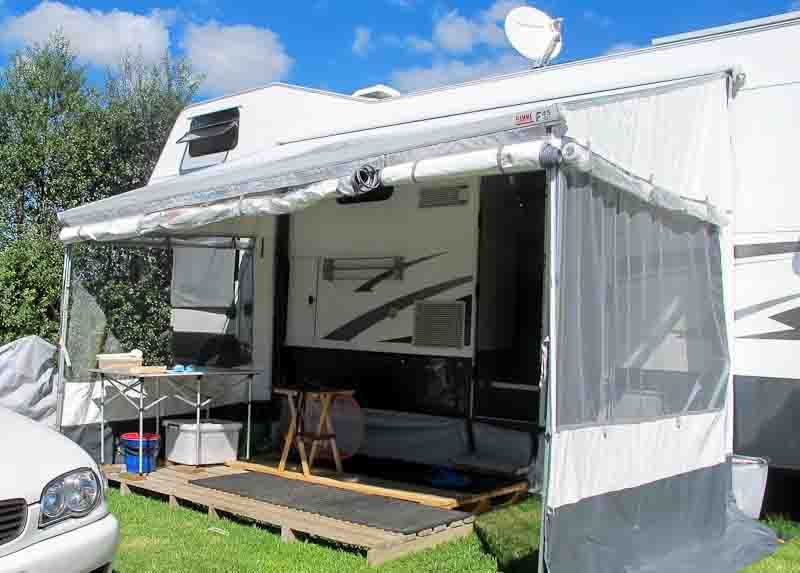 Indoor/outdoor flow for Suzi in camp

This year the contingent from Vanuatu were accommodated within the camp. They brought an extra dimension with more colour and laughter and life. One day in the middle of May we were sitting around in Suzi, and thought we could hear some music from somewhere, or at least the douff douff of the bass. A number of us emerged from our shells to find the Vanuatuans out on the lawn practising their music skills as a small orchestra.band. Someone had made a tea chest bass and there were a couple of guitars and a couple of ukuleles and all their voices in harmony. 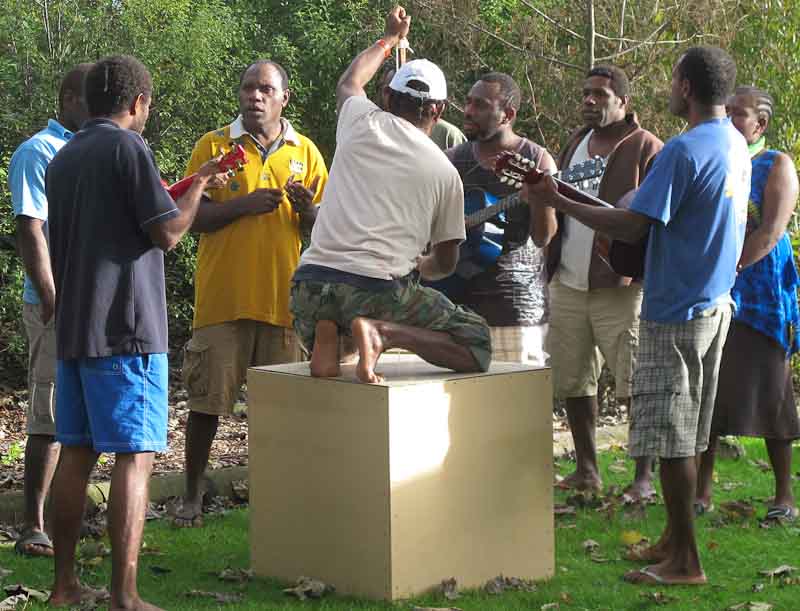 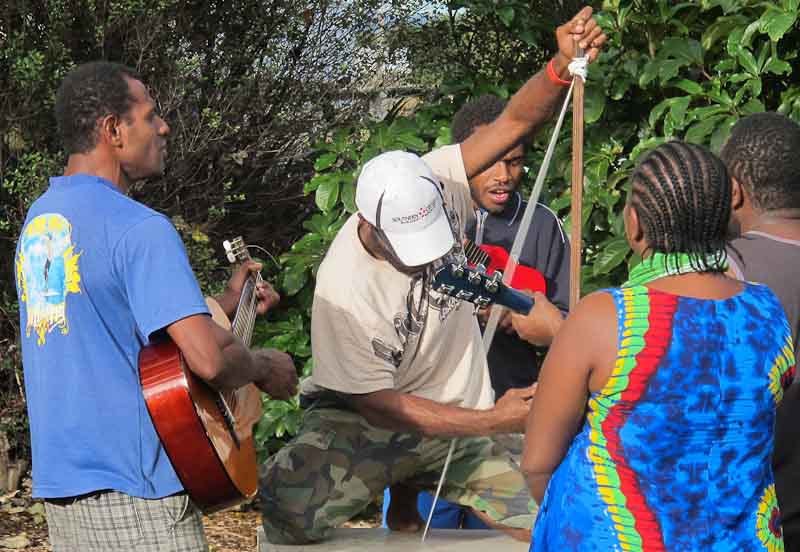 After a hectic few weeks at the end of May and early June, the season came to a fairly abrupt halt just after Queens Birthday Weekend. We stayed on for a couple of days resting up and packing up and catching up. Which was a good thing because it meant we were still around for the farewell tea put on by the Vanuatuans to say goodbye – they were leaving camp at 4am the next morning by bus to Auckland to fly back home.  They provided a fitting feast and a moving farewell song (see below). It was a wonderful way to end the season – we were all heading off to somewhere else, maybe to return next season and maybe not. Our paths had crossed, and uncrossed. 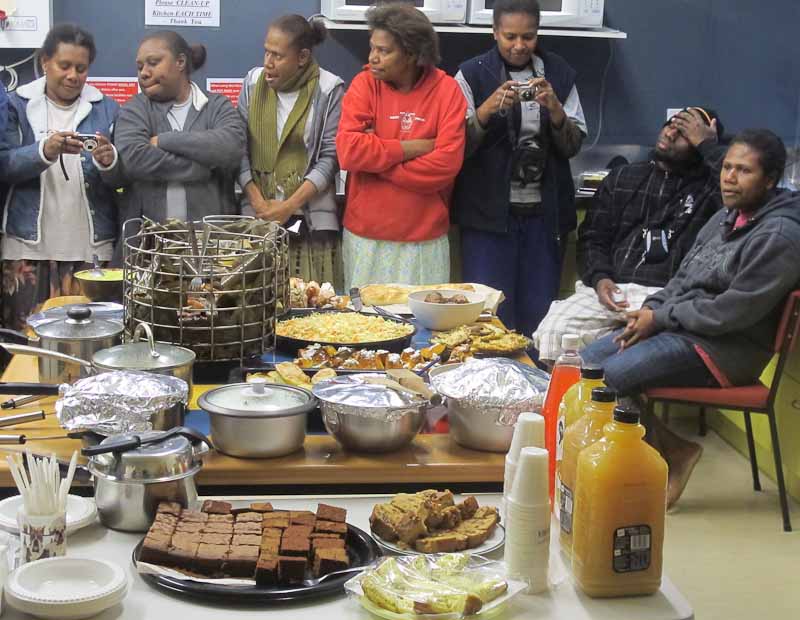 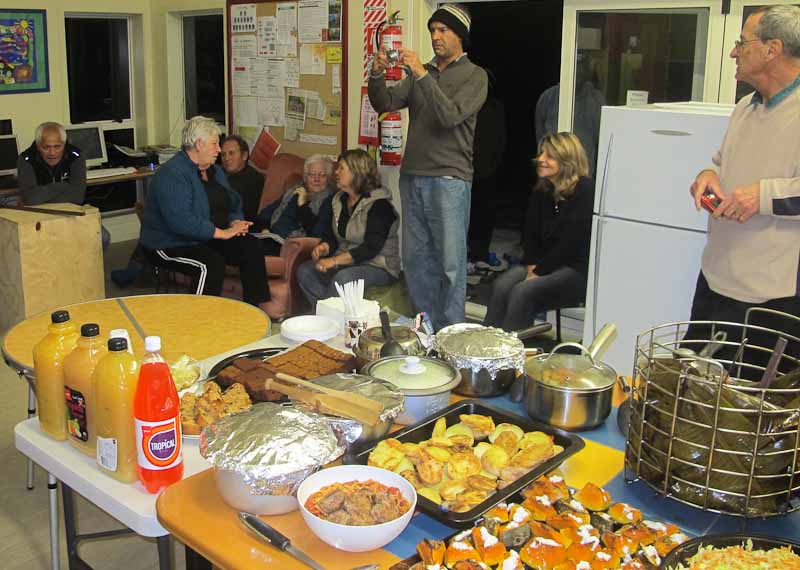 This entry was posted in Daily log and tagged kiwifruit. Bookmark the permalink.