Continuing my trip down memory alley, Day 4 of our South East Asia travels last year began on Penang Island and ended hurtling north in Thailand – on a big bus with a loud video playing. We’d been in Georgetown (biggest city on Penang) long enough to have a favourite place for breakfast. After that ritual we headed out on the bus to the base of Penang Hill.  Here we boarded the funicular railway for the ride up – almost 700m. This is higher than Dunedin’s Flagstaff Hill. Co-incidentally Flagstaff Hill was the original name of Penang Hill. Seeing the funicular railway set me to wondering whether something similar could re-create the incline railway at Denniston on NZ’s West Coast. I don’t think the angles are much steeper.

The ride up was fun. It was another hot day so wandering around was a bit of an effort. The views must have been extensive, except the smog/haze was so bad that it was hard to see as far as the sea. However there was enough to see on the hill itself. A Hindu temple included some fascinating scenes/creations. We weren’t sure what they meant but they sure were interesting. 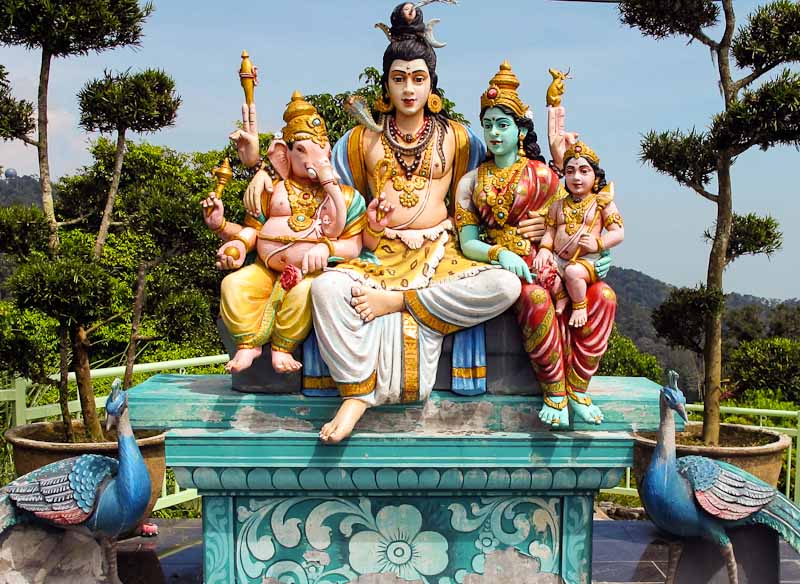 This entry was posted in Photo of the Day and tagged Malaysia, South East Asia. Bookmark the permalink.