Being back in the Bay of Plenty was nice. It was time for catching up with family and friends, and time for catching up with Tauranga – where we’ve probably spent more time than anywhere else since we’ve been on the road. We feel at home finding our way around Tauranga and Mount Maunganui and Papamoa – it’s familiar territory. Plus the Western Bay of Plenty District Council and the Tauranga City Council have been motorhome friendlyish since we’ve been travelling. They allow us to park up in some public places – with conditions. It looks like the Tauranga Council is going to take some more steps to allow a bit more freedom parking – which will be even better.

We decided we needed a few things done on Suzi (our motorhome) and Mount Maunganui seemed a good place to get them done. There was our fridge and water heater to get serviced (both gas/electric) and our heater (diesel) to have checked. Then there was one of our stabilisers to be replaced – I’d busted it back in January! Plus Suzi needed her engine serviced – never a cheap job. Plus there was food to be bought and the usual weekly expenses. We definitely did our bit to contribute to the Bay of Plenty economy.

We hung out at Sulphur Point (marina and port area) and the airport and a lovely area beside the harbour at Fergusson Park. From there there is a walk and cycle path back to the marina and port area – a great way to check out the waterfront. 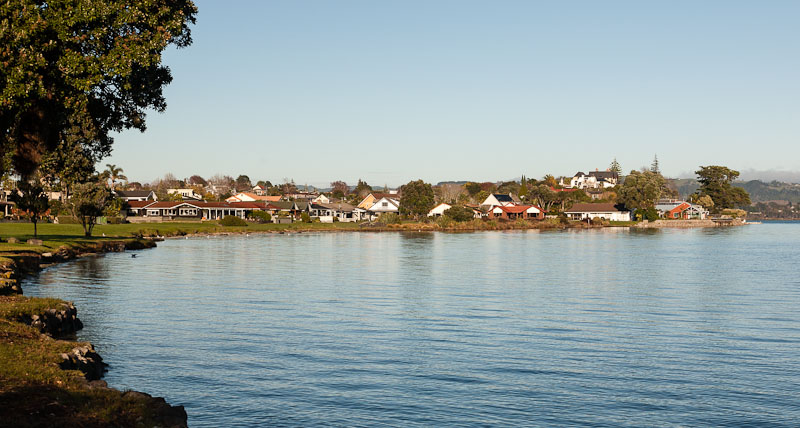 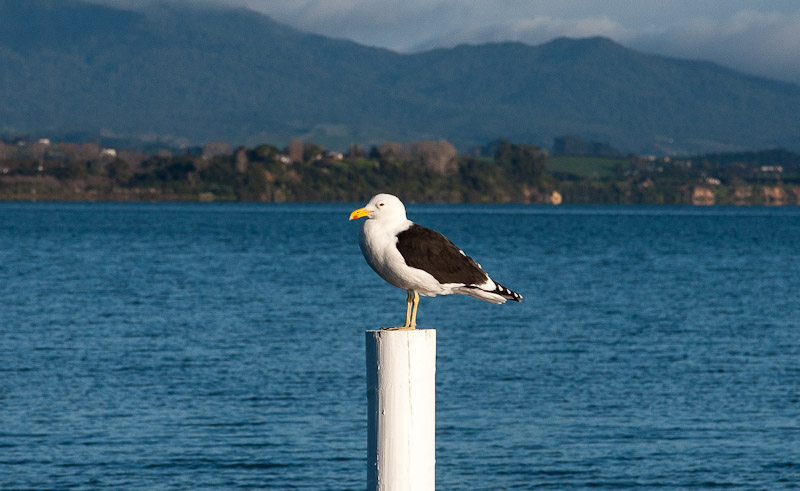 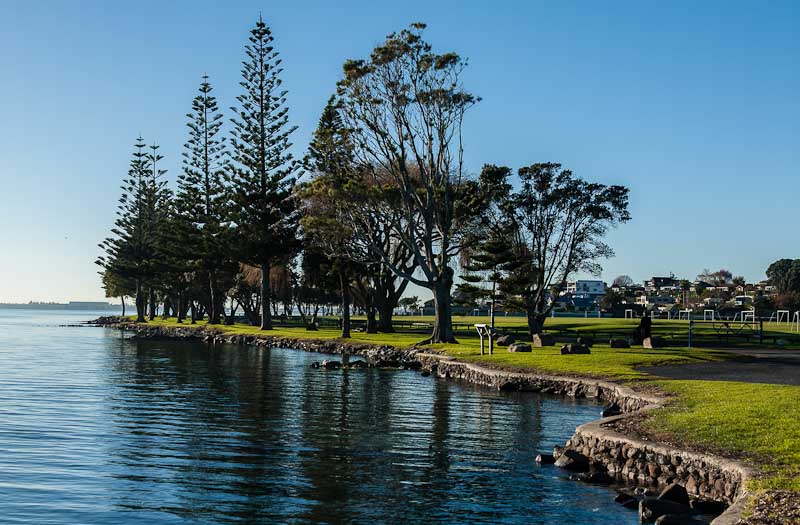 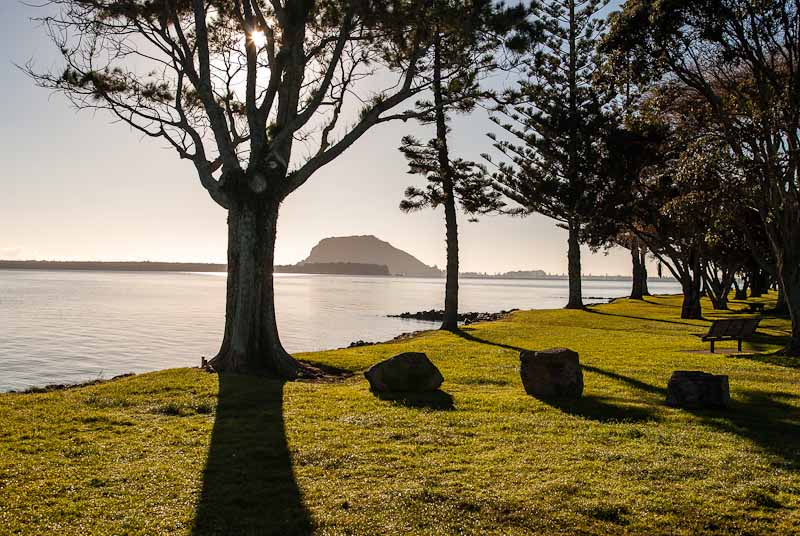 The Mount from Fergusson Park Tauranga 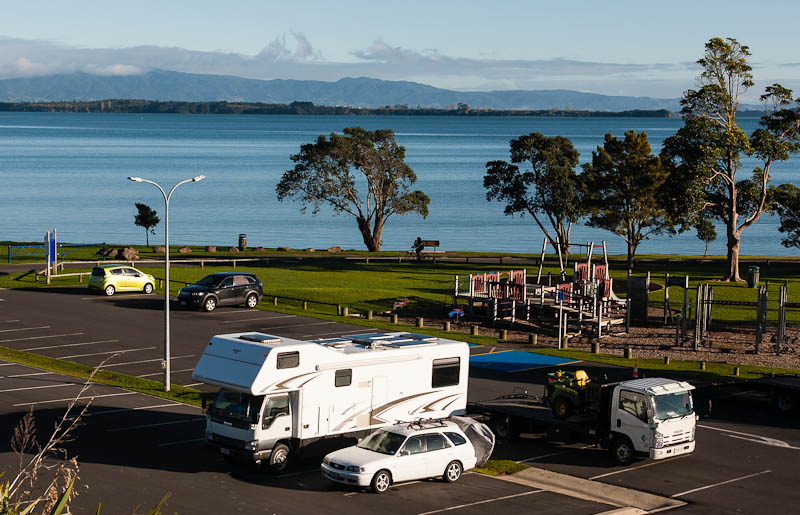 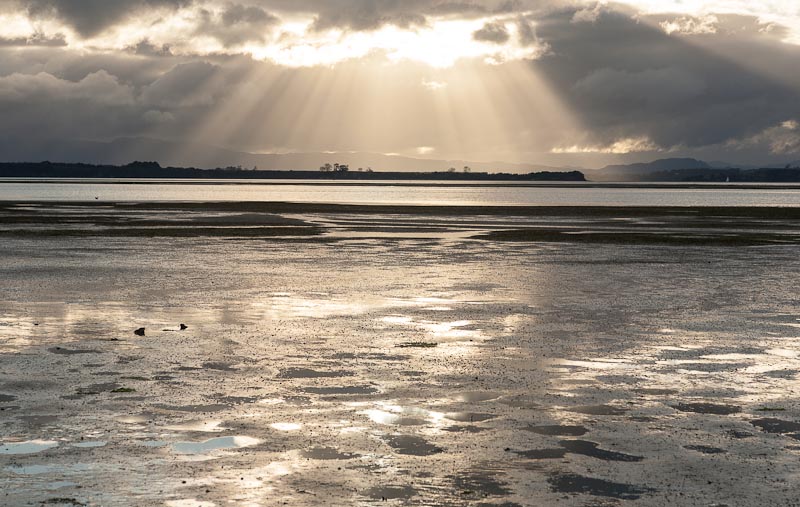 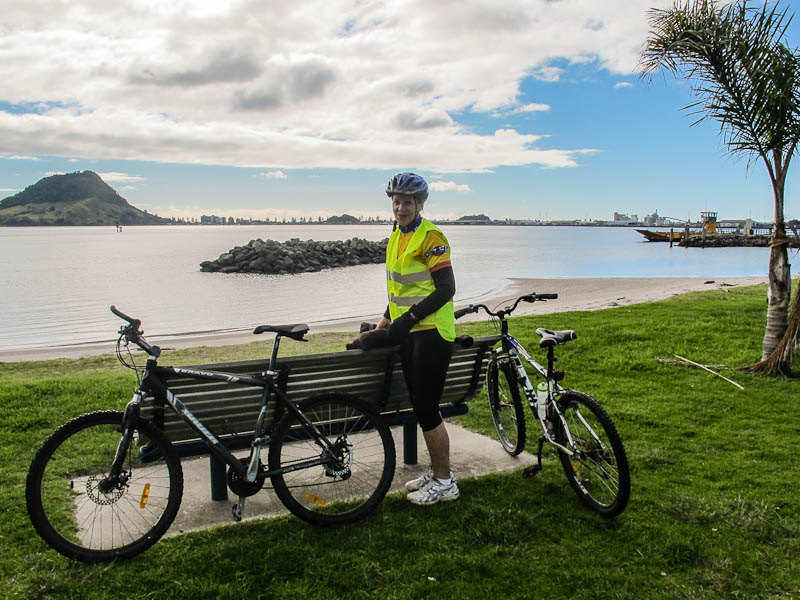 Wyn at Sulphur Point with Mount Maunganui behind 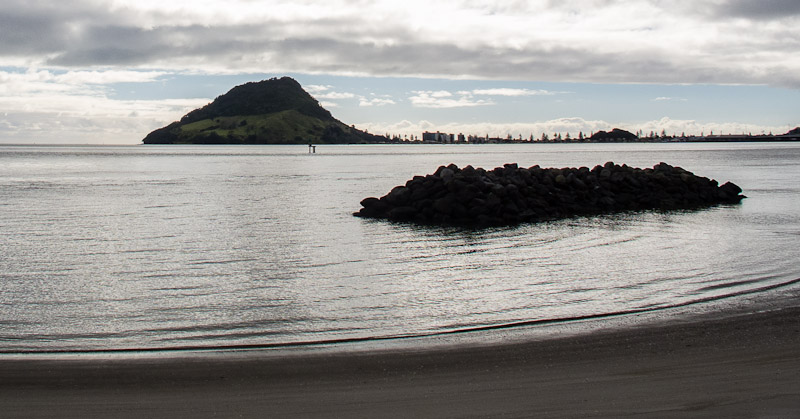 Wyn came up with a cunning plan – I could get the tax returns done while Suzi was getting serviced while she was checking out the Mount shops with a friend. I ended up stuck in Suzi up on a hoist so had no option and did almost get the job finished. It is a stressful business trying to understand the logic of the Inland Revenue forms and processes. It’s definitely a good idea to leave me to grumble alone. And a brilliant one to trap me in Suzi to get it done.

Finally, after a busy week we headed out of town, north towards Thames. We didn’t go far though – just to Omokoroa beside Tauranga Harbour. We’ve spent quite a few nights parked up here on previous occasions and it’s always nice to revisit. Obviously there has been a lot of rain at some stages – there were quite a few slips around the harbour edge. Most of the headlands have walkways between the houses and clifftops and we have always enjoyed walking there. This time there was more interest with the slips – some small and one massive. 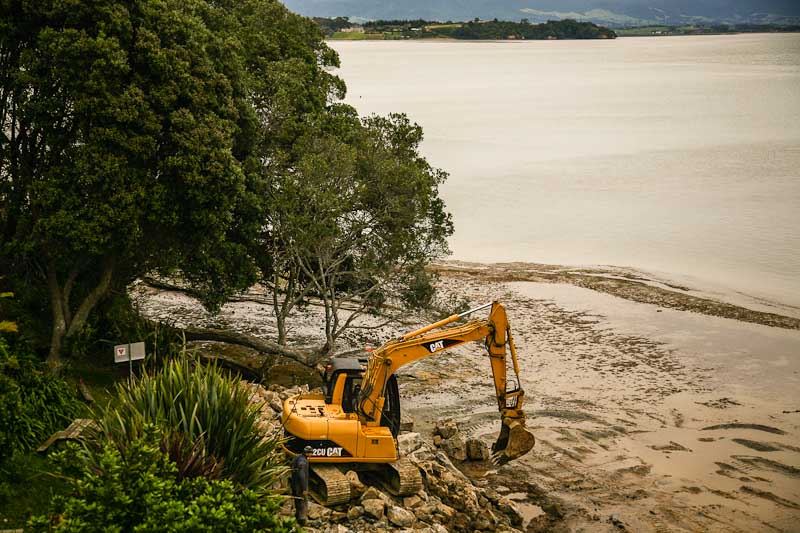 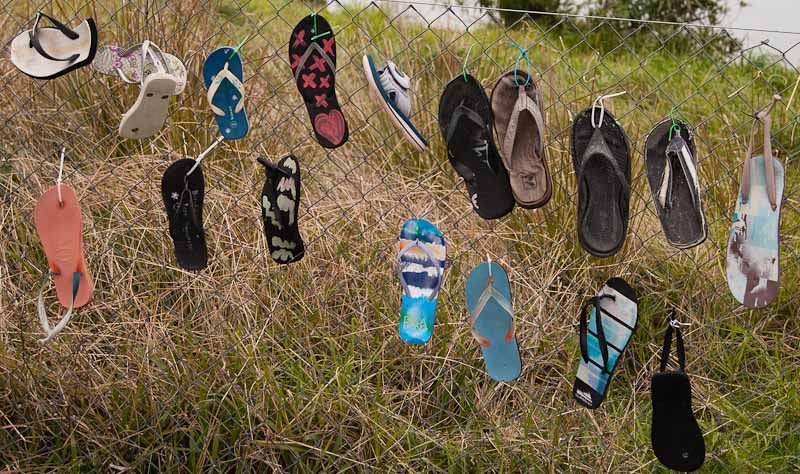 This entry was posted in Daily log and tagged Omokoroa, Tauranga, Tauranga Harbour. Bookmark the permalink.