A Magical Moment at Momerangi Bay

The previous day had been a lovely one, lazing around at Momerangi Bay on Queen Charlotte Sound. Watching the seals swim under us on the wharf was a something special that we thought would take some beating. But then next morning….

We were sitting around enjoying breakfast and the sun and the view and everything. 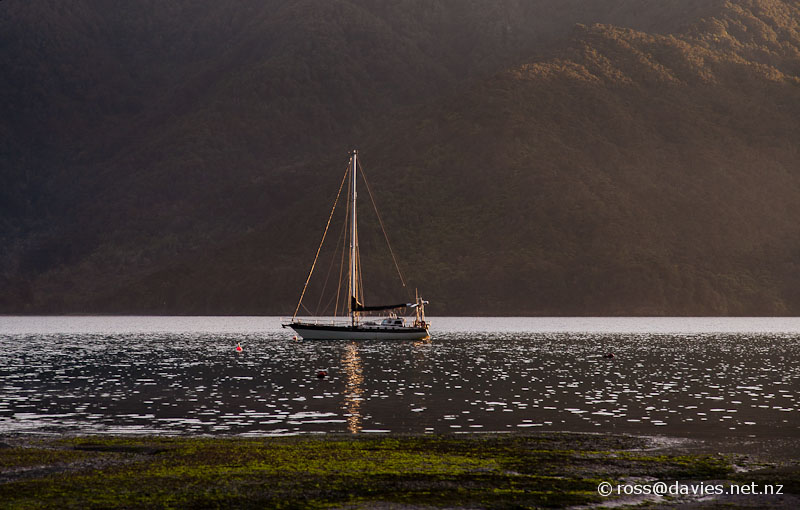 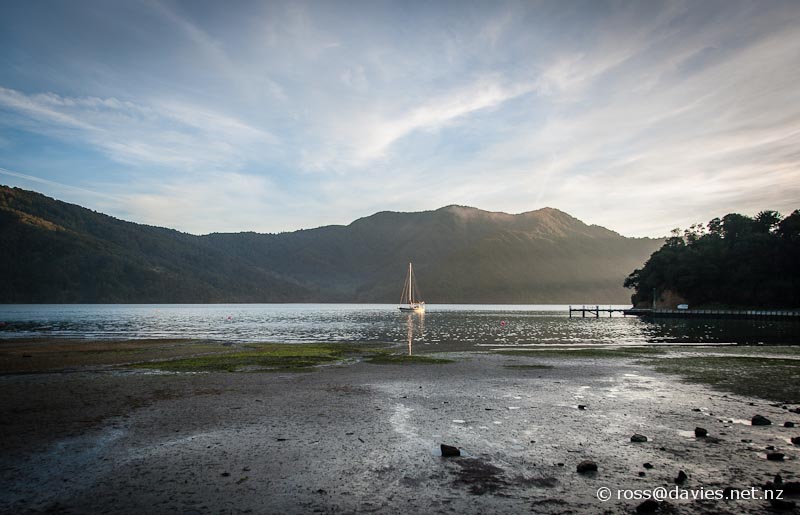 I lifted my eyes from my book long enough to catch a glimpse of something zipping across the surface of the water out across the Sound. A fish maybe? It became clear that there was a large pod of dolphins out there doing something. We grabbed the binoculars and watched them doing whatever they were doing. They weren’t just passing through. We wondered if they were chasing fish. They would regularly break the surface, heading in random directions.

After maybe 15 minutes we wondered if our tourist neighbours were aware of the activity in the bay. We could hear them outside their campervan making breakfast noises. When we wandered over and mentioned dolphins they were keen to see what was going on. By that stage the group was not far beyond the yacht moored off the end of the wharf.

It was strange. No sooner had we shared the experience than they put on an amazing display of aerobatics for the four of us. One of them leapt out of the water and fell back with a huge splash. It was a back flip crashing back tail-first sort of a leap. This carried on for a minute or two. No time for cameras. Just something to see.

Was it the lad dolphins showing who could fly higher? Or a farewell display for us? Whatever, it was a very special show. This time they were on the move. Soon they were around the corner on their way somewhere and the bay was still again.

2 Responses to A Magical Moment at Momerangi Bay