Will the Real World Please Stand Up

After seven special days at Totaranui, it was  time to move on. Back to the Real World – not that Totaranui wasn’t real. Quite the opposite. It is the natural world and over the hill was the wierd world that the majority of us inhabit and call Real. More precisely, over the first hill was Takaka and that’s somewhere in between. It has electricity and stuff but I’m fairly sure I saw Gandalf there in the Whole Soul Food Cafe. Golden Bay is some sort of parallel universe or time warp. It is separated from the Real World by the Takaka Hill – both a barrier and a blessing.

We left Totaranui early to dodge traffic. The road is OK but it is narrow and very unsealed. You feel a bit overdressed in an 8-metre truck. Over the first hill we diverted to have a look at the Wainui Estuary. This is the north-western end of the northern extension of the Abel Tasman Track. 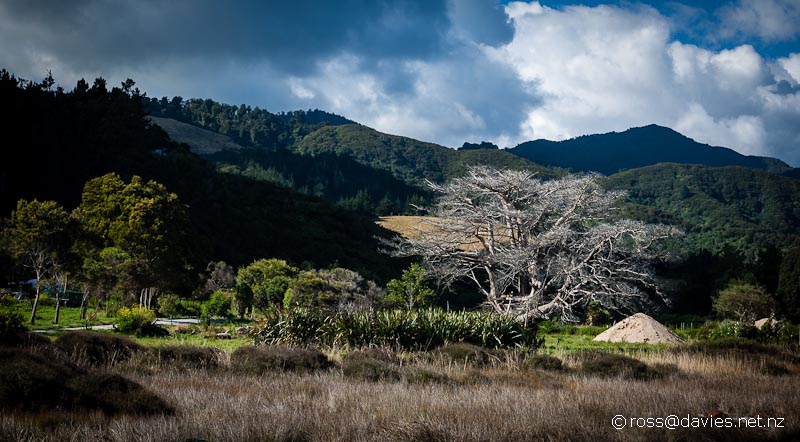 From there we carried on to Takaka where we took some time to enjoy the galleries and shops. Then over the big hill to Motueka and south to Murchison where we stayed for a couple of nights. Finally it was time to head west to work at Westport – on Wyn’s birthday. We started with breakfast at the cafe in Murchison and headed off to lunch at the Bay House cafe in Tauranga Bay south of Westport. And finally reported for duty at the motels in Westport – our world for the next ten days.