A Tale of Two Sillies 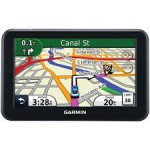 This is a cautionary tale about relying on GPS navigation for anything much more than amusement. We’ve heard all the stories of dumb drivers who end up on wilderness roads with the guidance of their GPS navigation system. Up the Rainbow Road towards the Molesworth. Over Haast Pass instead of the Lindis. Over miles of gravel road taking a “shortcut”. All that sort of thing. Clearly silly idiots with no idea. Never happen to us! Well last week it did. We joined the ranks of the sillies.

It all started out good and fine. Lovely cold frosty morning in Picton and we were away before 9am – heading south. We had a lengthy stop in Blenheim to visit my sister and brother-in-law and call at a shop and stock up on groceries. Thus it was afternoon by the time we headed on, towing the car on the A-frame. We were heading for Hanmer Springs and the hot pools, maybe even that night. We worked out that we’d need to keep going to make it to Hanmer Springs in daylight. So we zoomed on, past the seals and through Kaikoura. Just south of there we turned off on the “Inland” route to Hanmer. [How this route is any more “inland” than any other to reach Hanmer – itself very “inland” – is a matter of some mystery.] The sun was already getting low and this was new territory for us.  Dougal our Garman GPS was counting down the kilometres to Waiau where we knew we were getting close to Hanmer Springs. 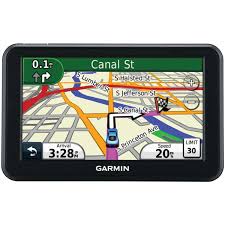 We finally reached Waiau as the light was starting to fade. So far so good. Here Dougal GPS instructed us to turn right just as we reached Waiau. We were disappointed to not get to see Waiau after all that. But we trusted Dougal. He was set to avoid gravel roads and he was generally reliable. Wyn had checked the maps we had and this route seemed OK. I pulled over to do a double-check immediately before the intersection. At this very moment I got a loud whistle from a farmer man on a tractor, indicating that I had pulled over blocking the exact gate he needed to get through. With the car on behind and us unable to back up, I made the call to move on and take the turn and go with the GPS. [cue ominous music.]

We zoomed off, bypassing Waiau, and into the dusk. Somewhere soon after we zoomed past a road sign. One of those black on white ones that relays some information. Most of the ones I’ve seen in Canterbury relay information that some organisation has been planting plants beside that bit of road as a beautification scheme. Like not riveting stuff. This one had a fair bit of information about heavy vehicles not able to use a bridge something to do with Mouse Ridge Road and 10,000. Well I thought it said 10,000. Which would be a weight limit of 10,000 kgs or 10 tonnes. Which wouldn’t worry us at 8 tonnes. A wise man would have stopped and walked back to double check it. But I didn’t. [cue more ominous music]

The road got narrower and took a couple of turns. After about 10 km Wyn suggested turning back but that’s a cumbersome process when we can’t make a U-turn and I was thinking “how bad can this turn out”. I stopped and made a quick check of the map which showed no change in the type of road on what was obviously a bit of a shortcut – albeit mostly parallel with the main road. Silly me. So on we went. After that the seal ended and we were on a gravel road. Woops! That wasn’t supposed to happen. It must be just a short section of unsealed road. Right?

Wrong! It went on and on. And some of it wasn’t so much gravel as rounded river rocks. And it was properly dark by this stage so we had no idea where we were beyond the headlights and the dust storm in the reversing camera screen. Eventually the gravel ended and we didn’t have far to go to rejoin the main road. Around a big corner we came to a river (the Waiau)  and a bridge that looked more like a roller coaster and another sign explaining that vehicles over 4,000 kgs were forbidden. [cue calamity music]

There was only one option and that was to retrace our steps back to Waiau where I shouldn’t have turned off. There was enough room to get the car unhitched and turned around and Suzi turned around and us turned around. We had a quick meeting and decided we’d both contributed to ending up at a dead end so we’d not bother with recriminations. It looked like flood damage to the bridge and even in a car it looked like it would be an interesting crossing; bigger waves on the bridge than on the river!

Back we went; slower over the gravel sections. About 15kms back to Waiau. Looking on the bright side we did get to drive through Waiau this time. And we did get a valuable lesson on the need to check up on Dougal GPS. A subsequent check did confirm that it was set to avoid gravel roads. So Dougal has been warned. And we figured that our  printed maps are inadequate so there’s some updating to do there.

It didn’t seem long before we reached the NZMCA parking place about 10km before Hanmer Springs where we could finally stop and rest. Weary and wiser. [cue relaxing music]

2 Responses to A Tale of Two Sillies