Last Thursday we moved on from Waipu; less than 20kms to Marsden Point. Marsden Point is on the south side of the entrance of Whangarei Harbour. It is the location of New Zealand’s only oil refinery. It is a large-scale industrial site. It was constructed in the 1960s, expanded in the 1970s, and further expanded in the 1980s. The development is explained here.

We parked up down by the wharf, near the harbour. There was a chilly wind but we wanted a walk and followed the beach around under the wharf and past the harbour entrance to where it sweeps south to Ruakaka and Ureteti and Waipu. 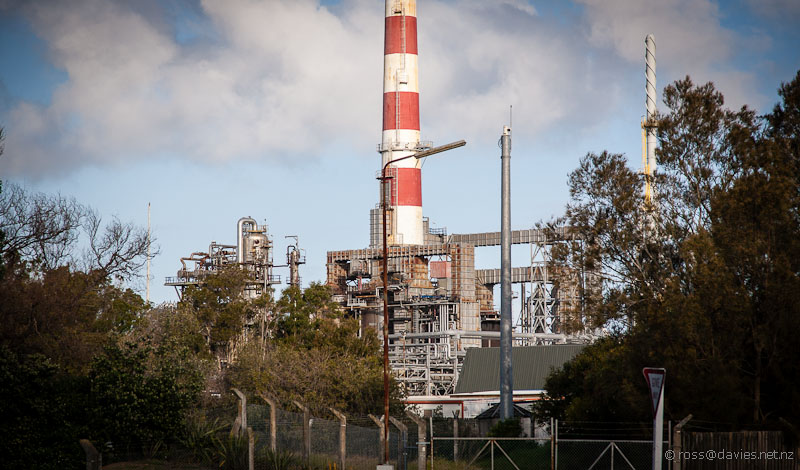 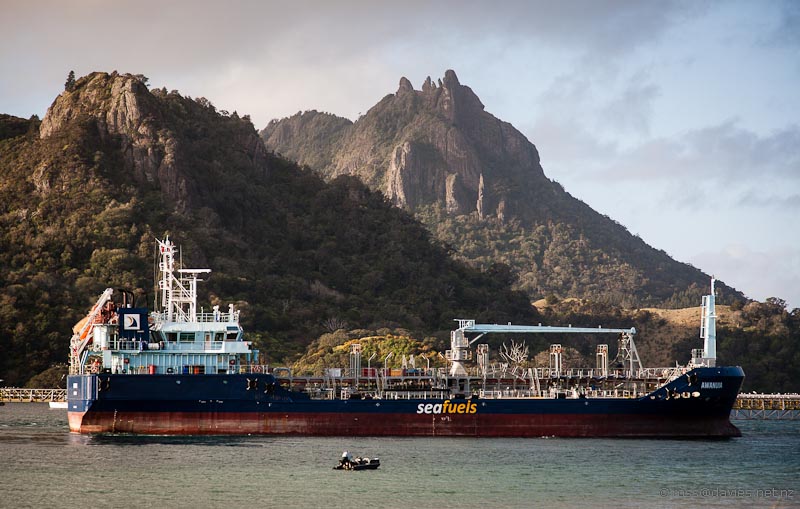 Mt Manaia across the Whangarei Harbour entrance from Marsden Point 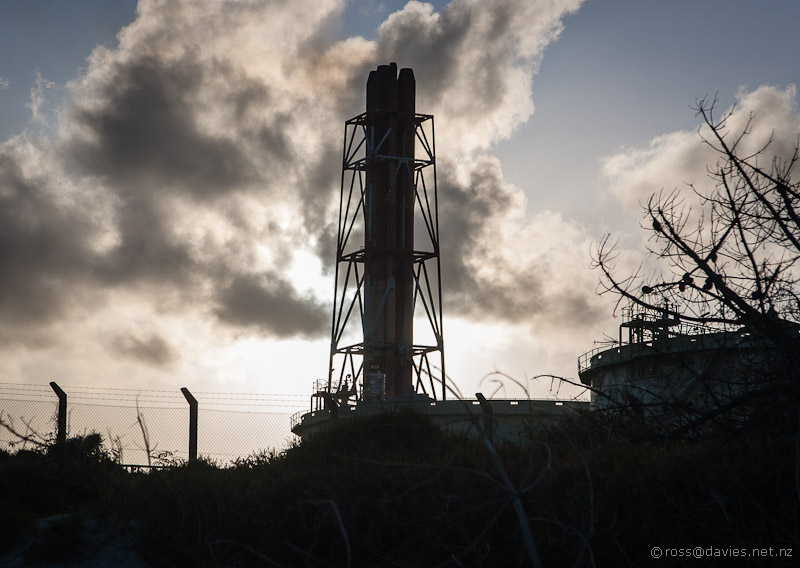 Marsden Point Oil Refinery over the fence from the beach 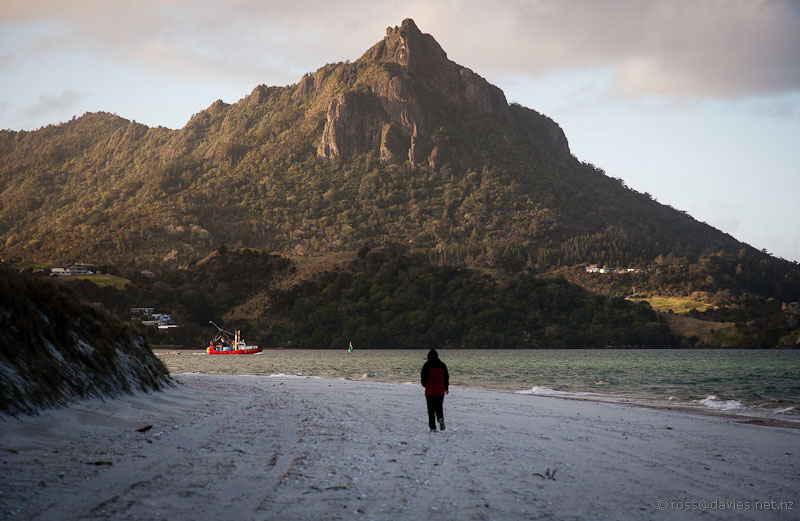 Mt Manaia across Whargarei Harbour entrance from the south

Mt Manaia comes with a great Maori legend. The five rock formations on the top represent five people: the paramount chief Manaia, his two children, Pito the beautiful wife he mischievously stole from the chief Hautatu, and Hautatu in pursuit in the rear brandishing his mere (stone weapon) ready to strike his wife down. The legend has it that the figures were all turned to stone as the God of Thunder spoke from the skies. 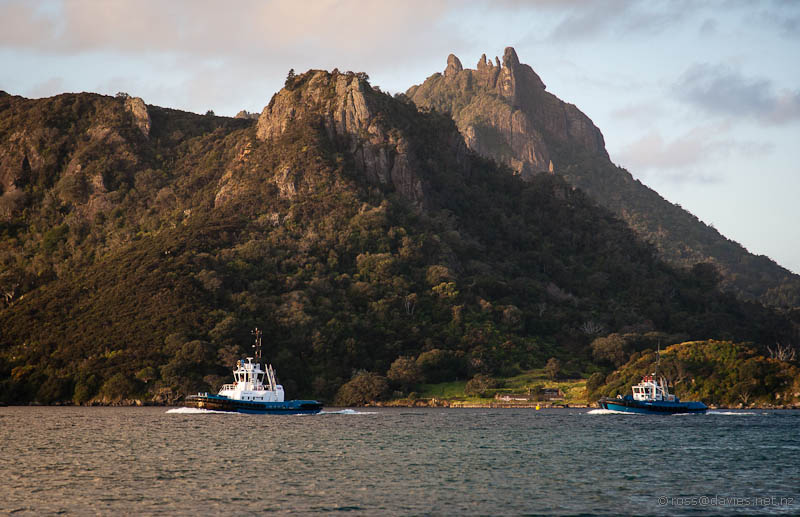 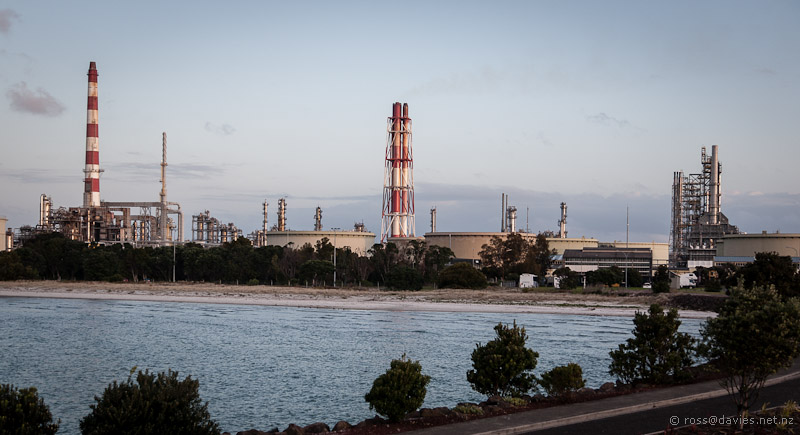 Marsden Point Oil Refinery from near the wharf 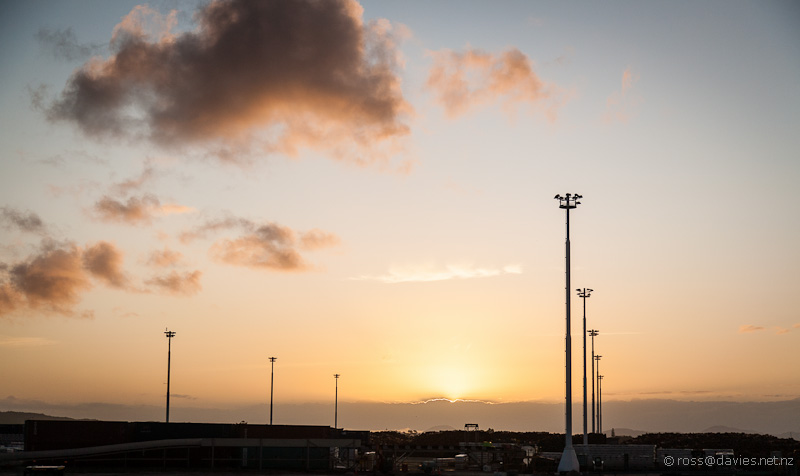 The sun setting over the log stacks at Marsden Point; this one’s for you Stevadore Sis.

There are lovely smells from the refinery; if you like diesel and av-gas and the like. And I do. And industrial sounds and industrial scenes. The challenge was to capture something of the night view; so out came the trusty tripod for the second time in three days. 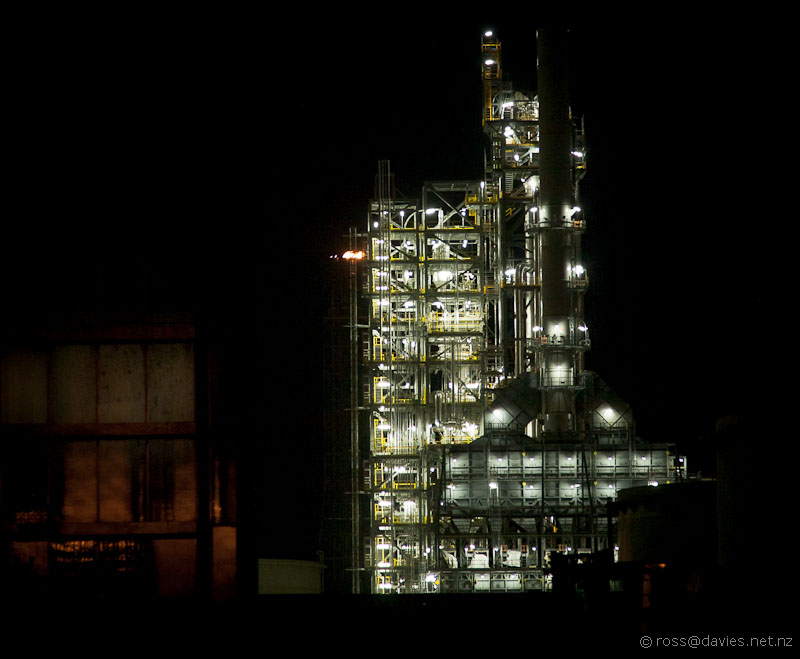 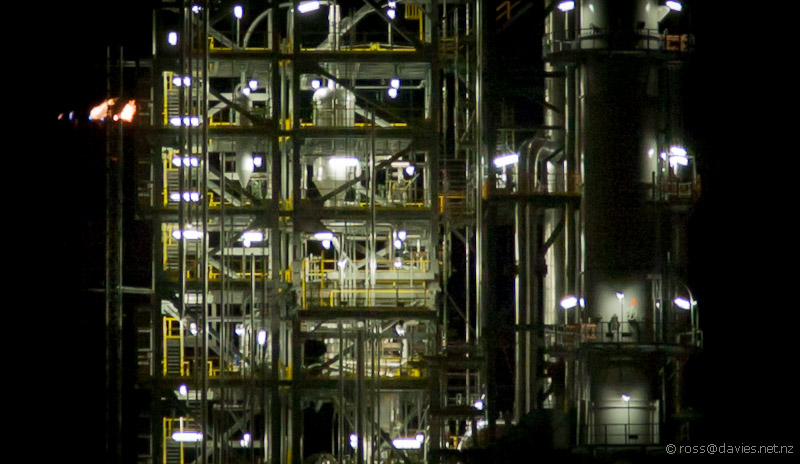