Resting Round Rawhiti – Bay of Islands

We spent a day hanging around Rawhiti which is at the eastern side of the Bay of Islands in Northland. It is at the base of the peninsula which runs north to Cape Brett and is spread over a few small bays. It is not really a town or village as there are no services of any kind. Maybe the right word is settlements. There are two maraes and we were able to park up on the Kaingahoa marae where a helpful Margaret looks after a camping area. 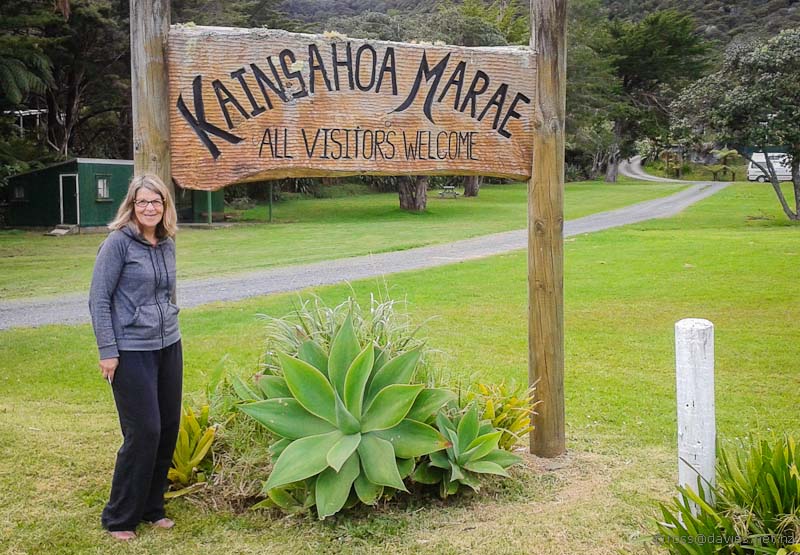 We spent much of the day sorting out our tramping gear to be ready for our big expedition the next day to Cape Brett. I finally conceded that my big camera was just too big to lug so far and so dug out my Canon G12 from it’s naughty corner. It had been sent there when the quote to remove dust from it’s insides was more than it was worth. The battery charged up so I started working out how it worked – it’d been a while. I remembered it was an early selfie camera, thanks to a tilting revolving screen thing; another of those inventions I couldn’t see the point of until I tried it and now I wish every camera had one. Not for the selfies but for the general usefulness of it. 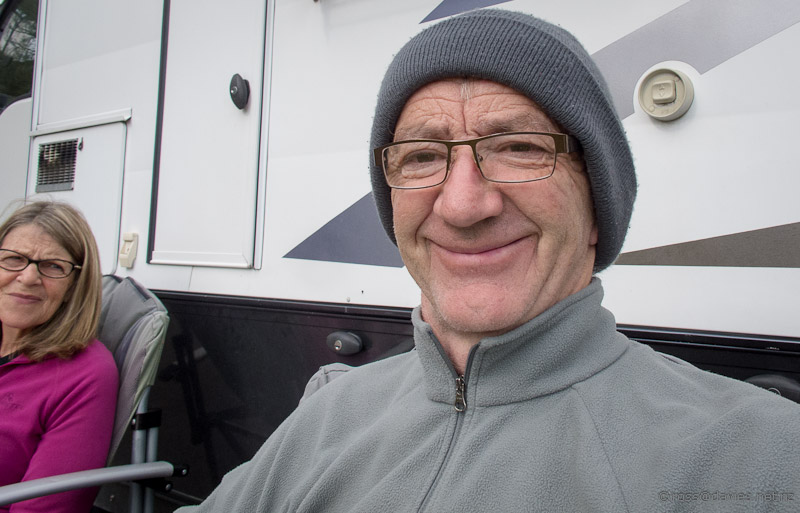 Selfie that I seem quite pleased about but Wyn isn’t so sure.

We did manage a walk of sorts; a couple of minutes to Oke Bay near the end of the road and where the track to Cape Brett begins. 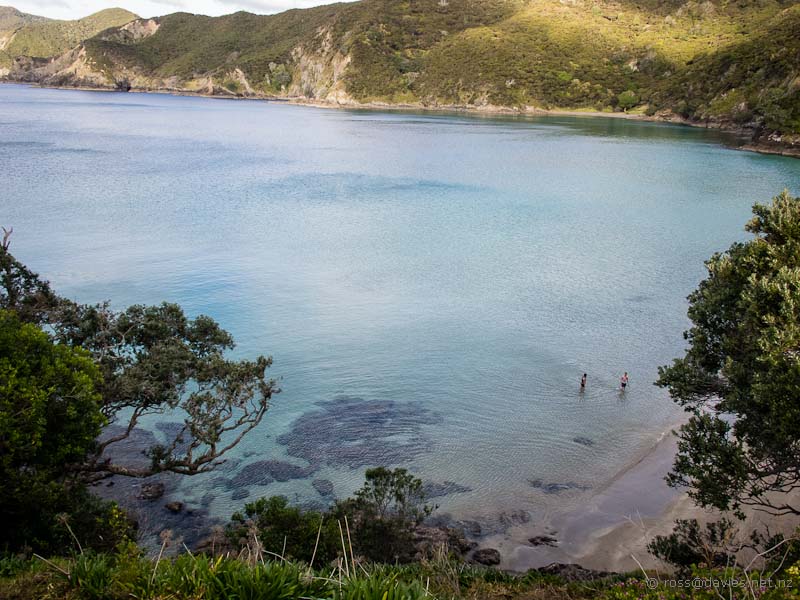 Islands in the Bay of Islands from above Oke Bay 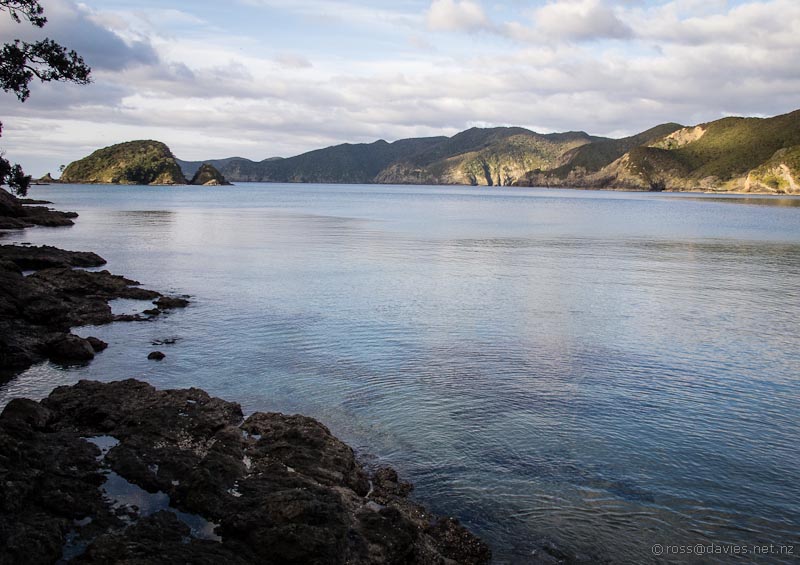 Oke Bay near Rawhiti. The ridge on the far side leads down towards Cape Brett. 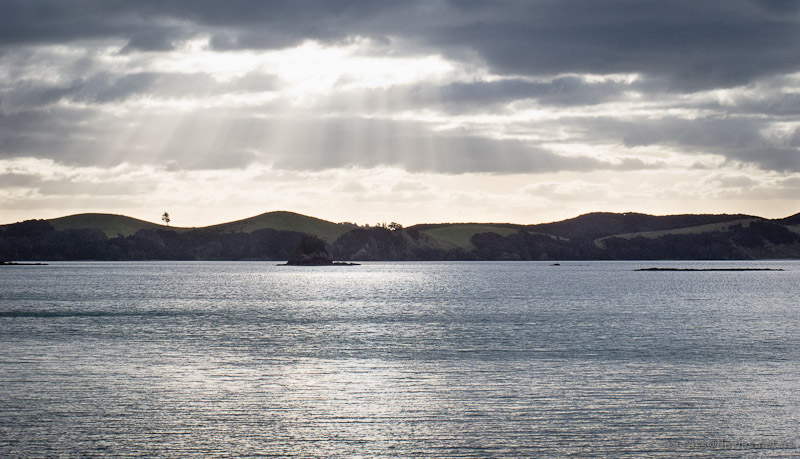 Bay of Islands from near Rawhiti

We were starting to get the idea about the Bay of Islands. Previously we’d been to Kerikeri and Paihia and Waitangi and Russell and the obvious question was where were all the islands. Now, from the eastern side we were starting to get an appreciation of just how many islands are in the bay. We were to see a lot more in the next couple of days.