After all our adventures up the coast to the Bay of Islands, it was time to head back south. The journey up the coast was in lots of small steps where we could often see where we’d come from. Joining up the dots seems a nice way to travel especially when it involves back roads going the long way around. Going south we took to State Highway 1 which is mostly inland. It is often remote from the sea which is usually close by on either side. It took longer than expected and we figured out that our lots of small steps had added up over the weeks.

We zoomed through Whangarei and on south past familiar landmarks. We entered Auckland City which now reaches a long way north. As does the motorway which starts with a toll road just south of Puhoi. It is an automatic toll system without booths – all cameras and computers and internet. As we always do, we made a mental note to go on-line to pay it before we forget; and then forgot.

We turned left not far south of there and headed down the Whangaparaoa Peninsula to Gulf Harbour. We are allowed to park there and it is an interesting place to hang out for an evening or two with boats and ferries coming and going. Plus I wanted to get our batteries checked by the battery man there. We parked with a view down the North Shore to the heights and lights of downtown Auckland.

It was an overcast  sort of afternoon but we headed out for a walk up the hill for a view. And then down the other side and around a couple of bays there. It was an afternoon that just kept getting better. In the end it seemed like everyone else had come out to enjoy it too.

Looking down on Gulf Harbour Whangaparaoa. Rangitoto Island is on the right in the distance and Suzi is in the group of motorhomes on the water’s edge. 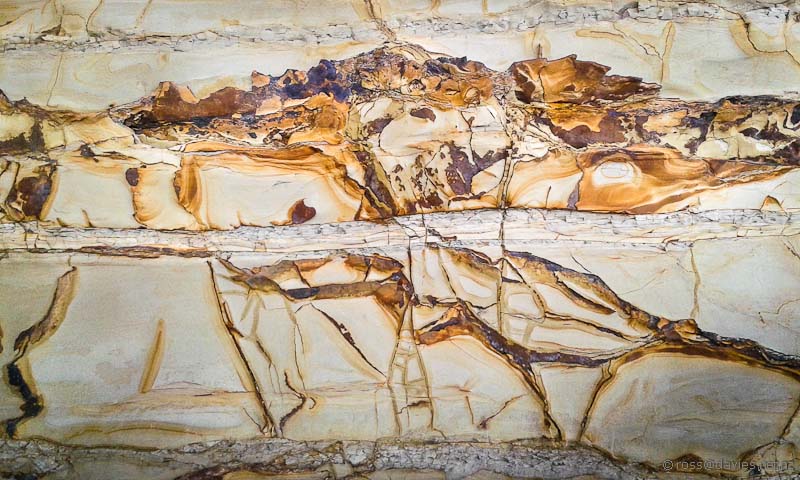 Rock patterns Tindalls Bay Whangaparaoa. It looked like a primitive painting on a cave wall of a pre-historic horse – to me. 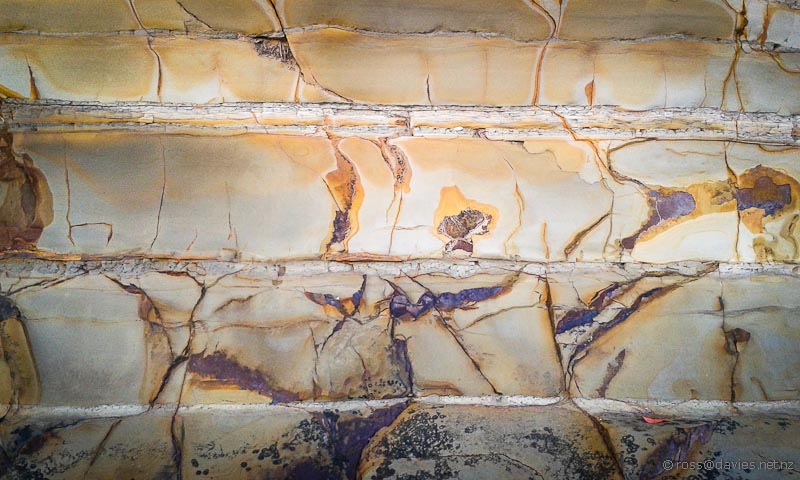 My abstract for the day – Rock patterns Tindalls Bay Whangaparaoa 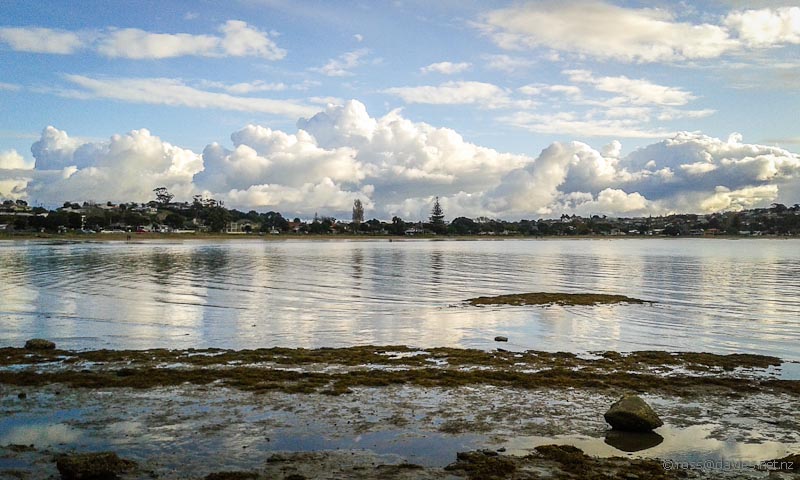 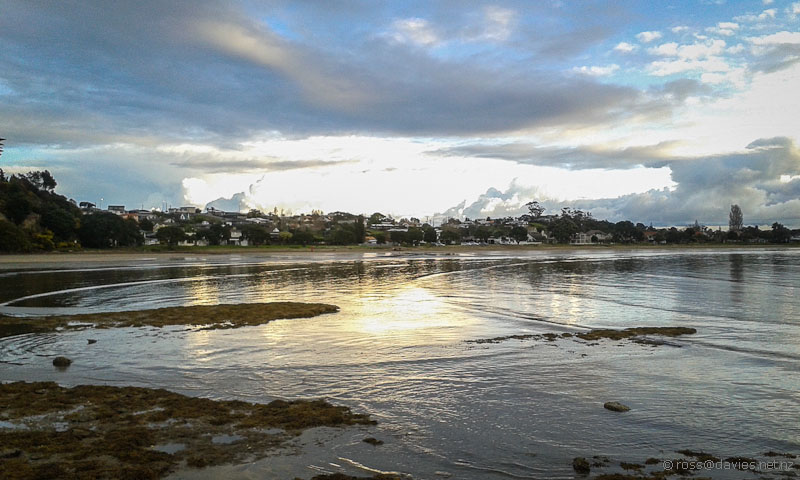 A walk to stretch our legs stretched into a delightful walk around the bays. The wind dropped and it became a lovely Sunday evening. It seemed like Spring had arrived properly.