Final Week at the Orchard

Monday 22 February was our last week of working at the packhouse. My day started a bit late by the time I dropped Andrew off to catch the bus back to Dunedin. There was still lots of fruit to be packed and Wednesday was to be our last day. Some others were leaving later in the week so there was a bit of a break-up mood for some of us. Tuesday night we baked a cake for morning tea on Wednesday. We remembered to take a camera to work to get some photos. 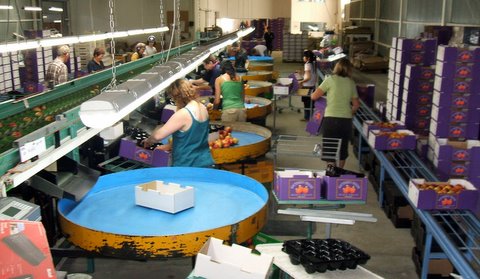 Packing at the packhouse 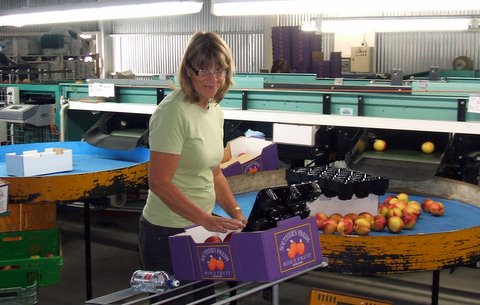 Wyn packing at the packhouse 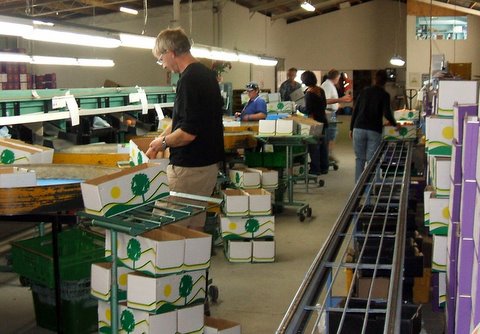 The Asian workers especially seem to have a camera in their pocket all the time, ready to snap anything and everything.

Wednesday was like every other day, except it was the last one for us. We started at 8am as usual, and we may have been a minute late as usual. We packed fruit in boxes as usual. It took a while for the day to warm up; as was becoming usual. Cake for morning tea was unusual and was a good way to broadcast our impending departure. As usual we’d sit in the sun at morning tea time and then seek shade by lunchtime at 12.30pm. The afternoon would be hot in the packhouse and afternoon tea at 3pm would be welcome relief in the shade outside. Then there was a relatively short haul to knock-off time at 4.30pm or whenever the fruit stopped coming. Our last afternoon was anti-climactic with little recognition from the management. For a while I wondered if they’d even remembered that it was our last day. They had, and it was, and it was a good feeling to be finishing. It had been a busy couple of months with 6-day weeks since New Year. It had been good to be part of a good team but it was also good to be moving on.