We woke to a lovely morning. We were parked/camped at the DOC camp at Aussie Bay on the Grove Arm of Queen Charlotte Sound. After a slow start to the day, we drove on to the head of the sound, only a few kilometres further on. Then we headed up the other side of the sound another few kilometres to Anakiwa, the end of the road. This is where the Outward Bound school is and also where the Queen Charlotte Track starts (or ends – depending on your viewpoint). An hour up the track is Davies Bay so we had to make the pilgrimage. 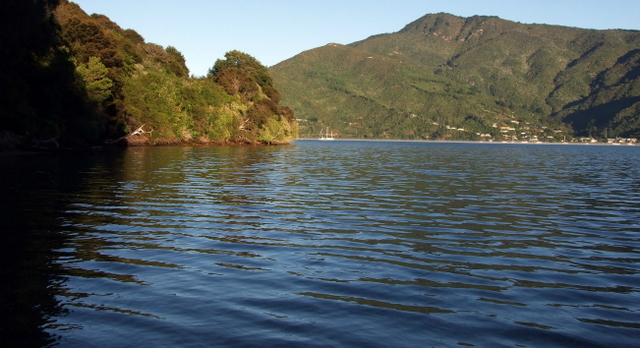 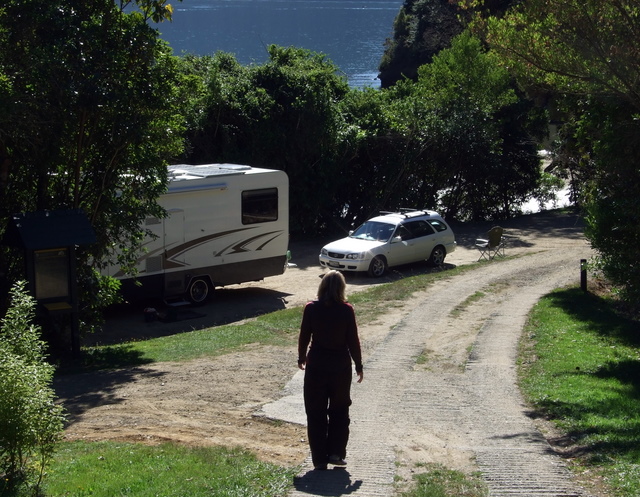 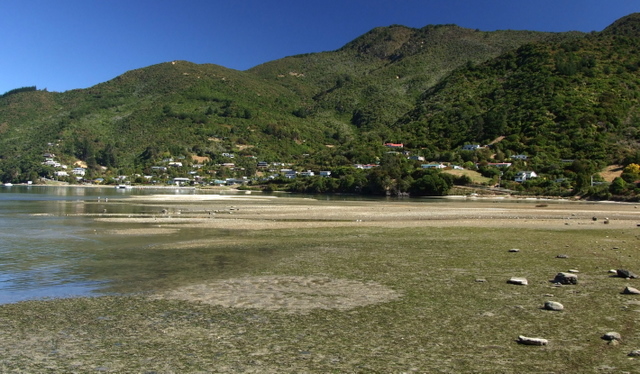 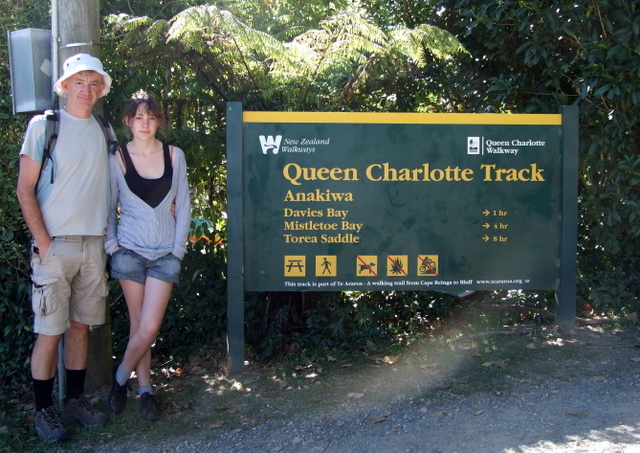 The start of the Queen Charlotte Track - Ross and Laura 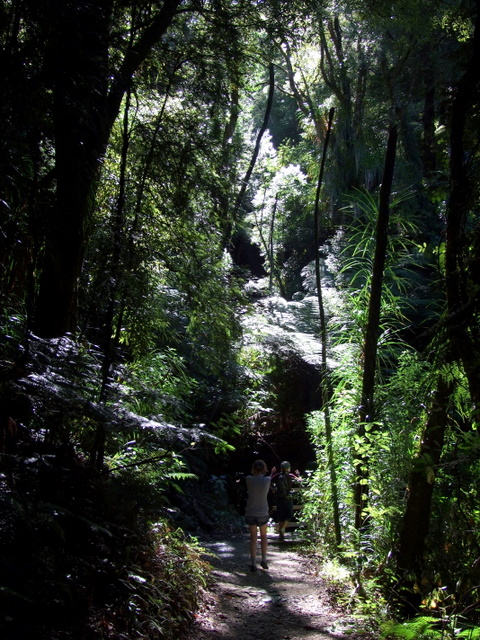 On the Queen Charlotte Track 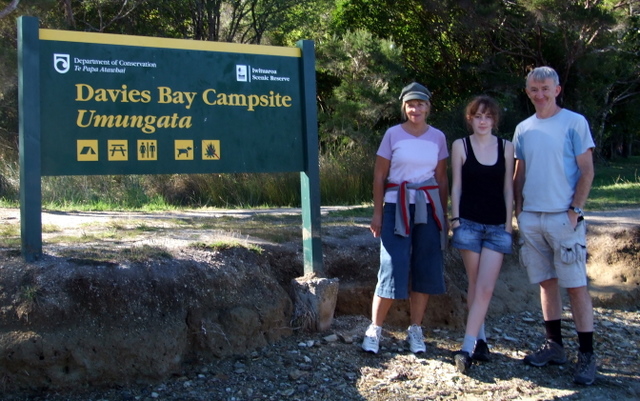 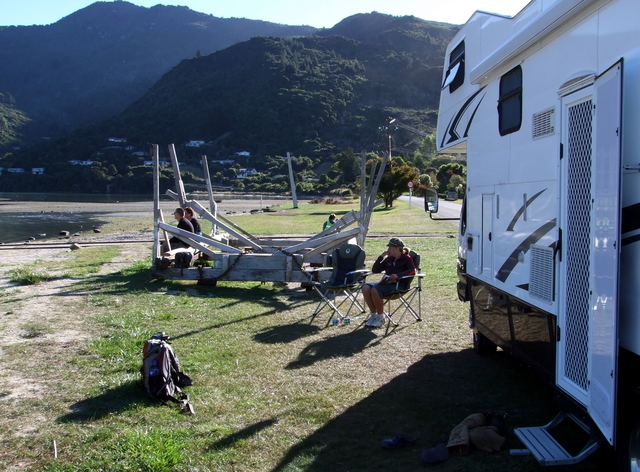 Enjoying the sun at Anakiwa 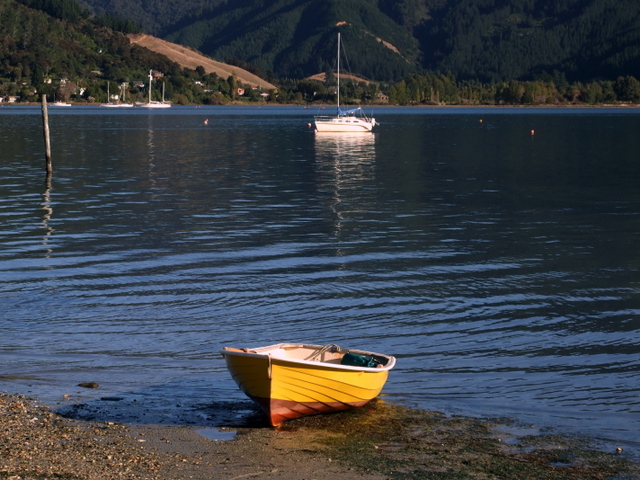 It was interesting sharing the track with mountain bikers – it’s not the biggest or widest track. They were supposed to give way to us but it seemed easier to step aside and let them go by.

Davies Bay was a nice enough little bay and we stayed to enjoy our sandwiches for lunch. We picnicked on the bush edge to try to keep away from the wasps which are a pest in these parts. We retraced our steps to Anakiwa after that and were in no hurry to move on. It was a lovely afternoon in a lovely place.

Eventually we drove back the way we’d come, and on to Havelock and on to Rai Valley. Here we turned off SH6 and headed north towards French Pass. There is a DOC camp at Elaine Bay which looked like somewhere to stay. We were running out of day and the road proved to be slow going. The climb and descent over to Okiwi Bay was definitely interesting. We were glad to not be towing the car; Wyn was driving that and Laura was keeping me company in Suzi. It was a road of endless corners. From there it was another climb with spectacular views out over Croiselles Harbour and Tasman Bay. Finally we dropped off the ridge on the east side to Elaine Bay which is part of Pelorous Sound. It was dark by the time we got there and we were surprised to meet Wyn coming back having failed to see any DOC camp. Eventually we found it, beside the road but not well marked on the road; maybe they expected most people to arrive in daylight.

We scouted around and settled for a park not far off the road which proved to be the flattest piece of the camp and the best place to be. It had been a day of many parts and we were happy to be settled in and comfortable. It was a quiet and remote place, yet Laura soon discovered that it enjoyed good cell phone reception. It’s hard to find the perfect place but Elaine Bay was shaping up as a serious contender.