A Busy Week at Wingatui

Monday 13 September was a new week and time to get down to work. Work as in getting getting married sorted out. We did the rounds of a few shops and places in Mosgiel and roamed as far as Outram. It was a lovely sunny afternoon and we managed to fit in a walk around the (horse) track. The view from where we are parked includes a lovely vista framed between the grandstands; fertile green fields and rolling green hills. Tuesday was a day in Dunedin trying to stimulate the economy there. There was a cold wind blowing. 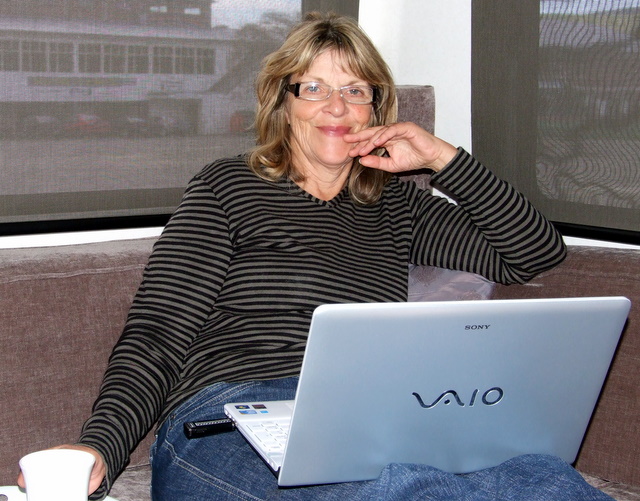 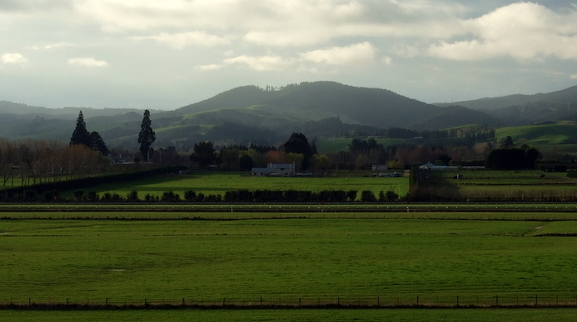 Across the Taieri Plains from Wingatui 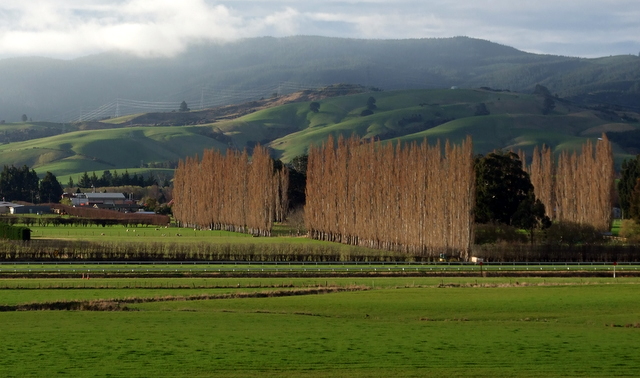 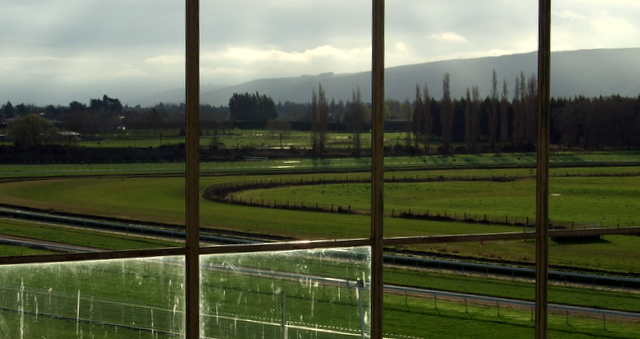 Taieri Plains from the grandstand at Wingatui racecourse

My daughter Laura came out for the night on Thursday which was good. We had to get her back to school next morning by 9am which was a struggle. We made the most of the morning and worked in the garden at Wyn’s place. The weather forecast was for a storm which sort of met us by the time we got out to the gardens that will be our wedding venue out past Outram. They were setting up for a wedding there which gave us a chance to see how things will work. Flurries of snow had the owner hoping for a white lawn for the next day. The flurries of snow continued and intensified next morning. The storm seemed to mostly bypass Dunedin and Mosgiel but clearly it would be snowing somewhere. It was; at Invercargill and Southland. In Invercargill their indoor stadium roof collapsed under the weight of snow. At Wingatui I saw some of the biggest snowflakes I’ve seen for a long, long time. It was cold and we didn’t venture out. Not until later in the day. In the early evening I headed into Dunedin to pick up Andrew and Laura and they came out for the night. 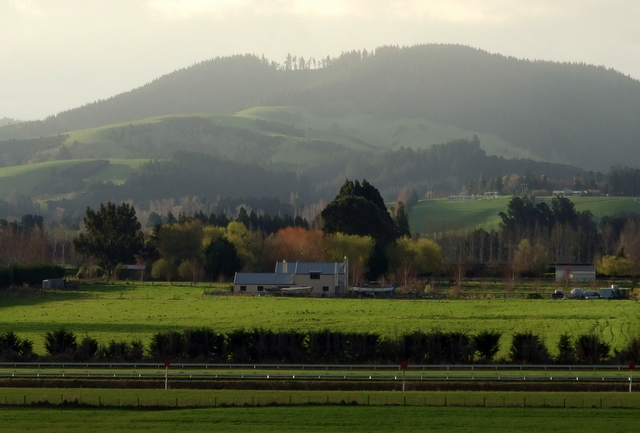 It was cold on Sunday morning; inside and outside. Andrew helped my tackle the task of moving Wyn’s iPod music from one laptop to another. With few casualties we managed the transfer. Downloading iTunes is a bit of a trap. I downloaded a 70MB file for “XP, Vista and Windows 7”. The alternative was “64-bit Windows” but how was I supposed to know how many bits were involved. I chose the first option since Wyn is running Windows 7. The 70MBs is 7% of our monthly internet allocation. As soon as I started installing it it told me that version was useless and I’d need the 64-bit version for Windows 7. So I downloaded another 70MBs, wondering all the while why iTunes was smart enough to know that there are different versions of Windows 7 and dumb enough to not bother sharing the information until after I’d downloaded the wrong one. It might have at least warned me.

After dropping Andrew and Laura back home I called into a jewellers shop to buy a wedding ring. I’d been assured that they’d have 40% off wedding rings over the weekend and signs in the window confirmed that. Except it turned out that 40% was only off wedding rings with diamonds and plain ones only had 20% off. I found the whole situation annoying and decided to leave them to it. I walked out and went home to Wingatui. Considering that I’d gone into the shop intending to buy a ring, it is interesting that they managed to persuade me not to – one way and another.  I wonder what Arkwright would have made of it.

Arkwright is my hero. He was Ronny Barker’s storekeeper in Open All Hours. Arkwright realised that people walked near his shop with money and that his mission was to entice them in and entice the money out of their pockets and into his till. He was honest enough about it and sometimes successful. (See below a video clip of him in action.) I often think of him when some salesperson is finding some new way to convince me to not spend money I have in my pocket. They don’t mean to; they’re just the wrong people in the wrong jobs.

Thus ended another week at Wingatui. Colder than it started. Snow on the Maungatuas. Wherefore are thou Spring?

2 Responses to A Busy Week at Wingatui