Thursday 14 October saw us steaming north from Dunedin, bound for Christchurch. It was six weeks since we’d come the other way, which meant two days less than six weeks since the earthquake had made a mess of the place and the people. We were bound for Weedons, on the southern end. We were keen to catch the last episode of This is Not My Life on the telly so kept moving. We arrived at Weedons with minutes to spare to find the satellite, put the kettle on, start tea and catch the final minute of Coro Street first. Phew!

We were up early Friday to get Suzi round to the motorhome hospital by not long after 9am. She needed a few things sorted out. We left her in their care and went shopping at the Dressmart Mall at Hornby. That’s a dangerous place. It was full of bargains and things. I was a bit scared shopping on my own because I was unsure which ones were blokes ones. OK, I can identify dress and lingerie and show shops. But there were others with lots of jeans and tee-shirts and it seemed like mostly women who were cruising through them so I’d get scared and retreat to the safety of Hallensteins. After about half a day we tired of clothes shopping and eventually returned to pick up Suzi and head back to Weedons.

Later that evening the earth moved for us. And for 400,000 others. We felt our first aftershock. For everyone else it it was about the 2000th one! Mind you, most of those are not felt by humans but even so they have felt an awful lot. This one was short and sharp and about 4.6 on the scale of things. It was shallow and out our way so maybe it was a welcome to us? We had our stabiliser legs down – or to be more accurate Suzi had her stabilisers down. So we were more in line to feel it than if we were just sitting on springs. It was a memorable aftershock for everyone living in houses and a good introduction for us.

Driving around Christchurch that day we’d mostly been on the south and western edges. Generally there were few reminders of the effects of the earthquakes. Then we started noticing the chimneys – or more precisely the absence of chimneys. In some streets there were lots of houses with gaps on the roof where a chimney had been.  Thus began an extended game called Spot the Missing Chimney.

Saturday saw us on the move again, heading with Suzi for the north west suburbs. We had time for a catchup with my cousin Philip (and Jenny) before Philip’s appointment with the 1st tee at the golf course next door.  We then went for walk in the Bottle Lake forest. There were lots of tracks and a big hill made out of rubbish apparently. You can’t tell anymore that it is a rubbish mountain because they have covered it all up and planted grass on it.  They get useful amounts of gas out of it as well. We had a useful walk for about an hour and a half. 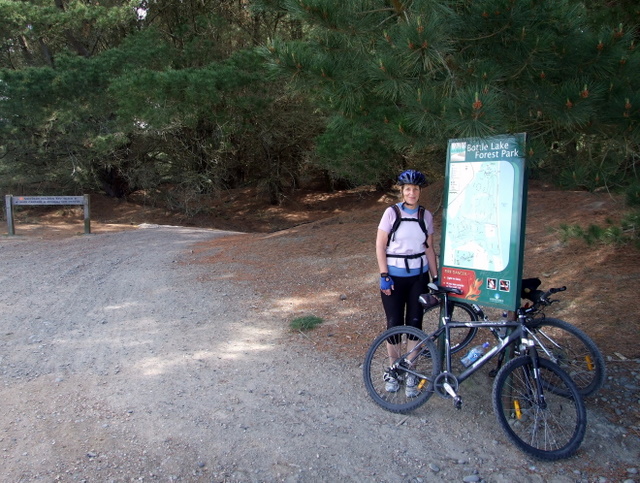 We went and parked Suzi up outside my cousin Beth’s house not far away. I’m not sure what suburb you’d call it – maybe south Burwood? She was working until later on so we cruised the Palms Mall for a while. Tea with Beth was lovely and simple, nibbles and left-over apple pie. 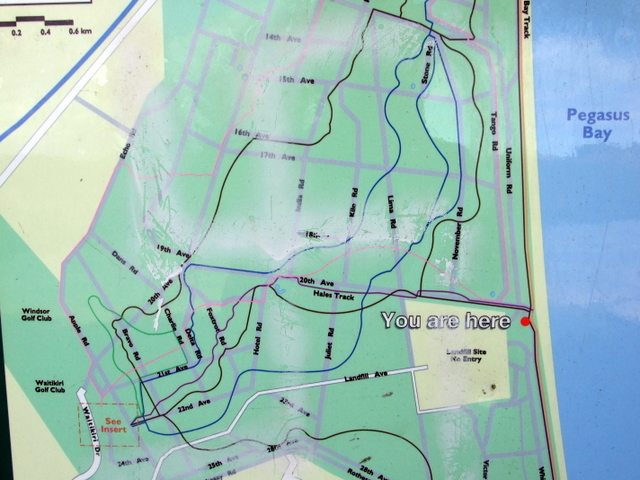 Rubbish Hill in Bottle Lake forest - that's it in the distance with the power lines on it.

Sunday was moving on day. Beth was expecting visitors and we had to get on to Blenheim. Except they mentioned a sculpture exhibition at the Art Gallery that was a Must See and it was a nice day so we quickly changed our plans and worked out that getting to Blenheim on Monday wasn’t going to be a problem. We decided to make the most of the day and go for another explore in the Bottle Lake forest. When we got to the car park we realised than most people were unloading bikes so zoomed back to get ours. 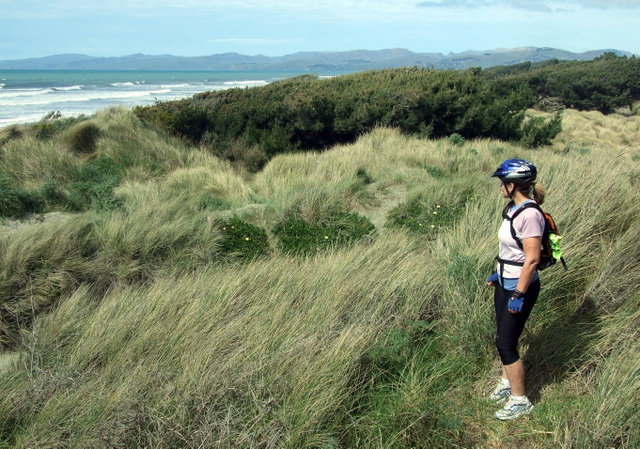 Beach side of Bottle Lake forest - Port Hills in the distance

Before long we were zooming through the forest on great trails that we just right, not too hard and not too easy. Memorising the map got us to the other side and some confusion. We found another map but this didn’t help much. It seems a good sign that the forest is big enough to get a bit lost in. It sure is a popular place for walking and biking and horse riding. We eventually found our own way back to where we started, content with getting our pedals turning again.

After lunch we headed in to the Art Gallery downtown. This trip was more of an eye-opener in terms of obvious earthquake damage. We encountered blocked off streets in the middle of town but found our way to the Art Gallery without too much bother.  We didn’t go looking for stuff, it was just everywhere we looked.  The Art Gallery was bustling and the exhibition was incredible. I’ll write about that separately – it deserves a post all to itself.

After the exhibition and a coffee up the road at the Arts Centre, we headed back out to Beth’s for tea, still buzzing with what we’d seen. 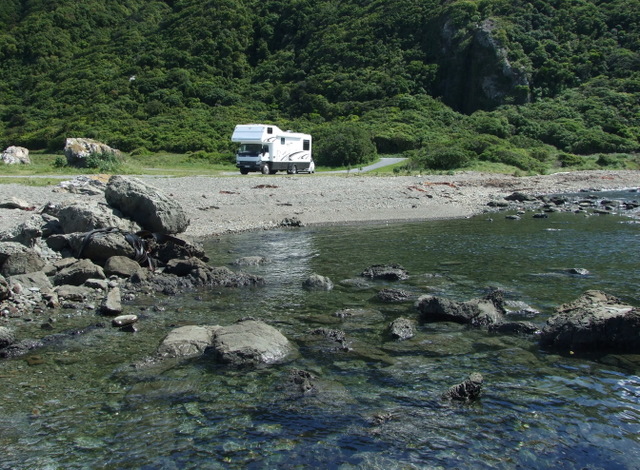 Monday morning we hitched up the car and headed north. I saw somewhere that there was another aftershock at about the time we were heading onto the motorway.  Farewell to you too Christchurch! 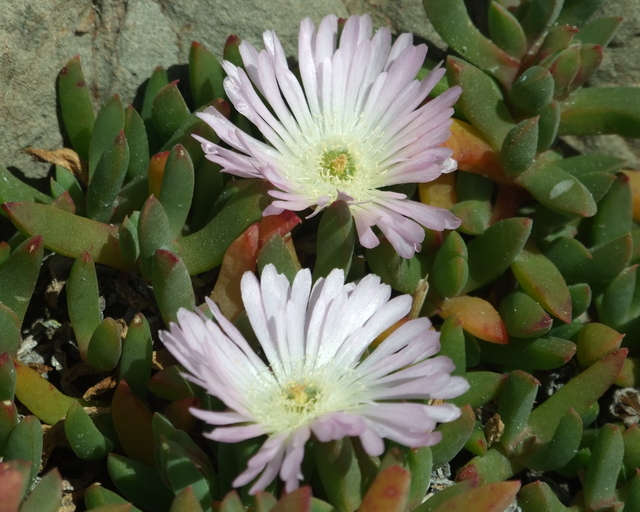 We stopped for lunch at our favourite parking spot north of Kaikoura and eventually arrived in Blenheim mid-afternoon.  It was nice to be back on familiar territory.