Whites Bay For a Wee While

After our morning walk in Pollard Park in Blenheim we spent the evening minding the motels so that Wendy and John could get out for tea. Next day we headed out to Whites Bay to beat the rush for Labour Weekend. We beat the rush all right, there was nobody else there.  We were disappointed to see that most of the lower area was closed off – they were in the middle of some major earthworks. We checked with a DoC guy who said it was OK to park anywhere so we parked close to the beach on one of the few bits of grass available. 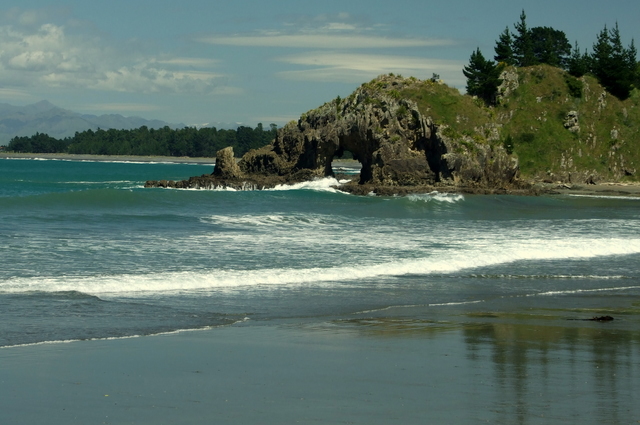 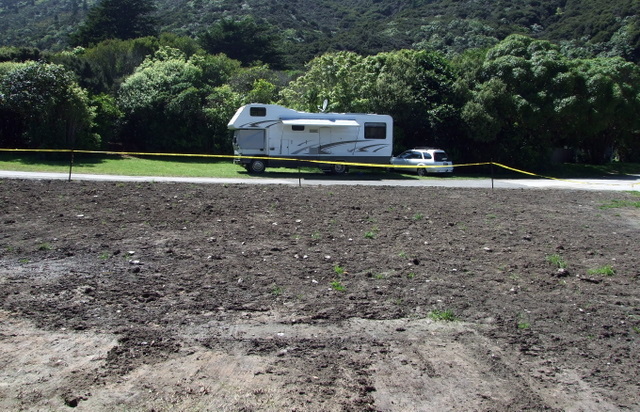 Much of the camp was off-limits undergoig earthworks

It was a good place with a view of the beach and everything that was going on. Which was quite a lot on the Friday. Car loads of young men turned up – maybe their teachers were on strike or something. We were exhausted watching them; throwing balls, kicking balls, catching balls, running after balls. There was soccer and cricket.  And a BBQ for lunch. Well organised lads they were. 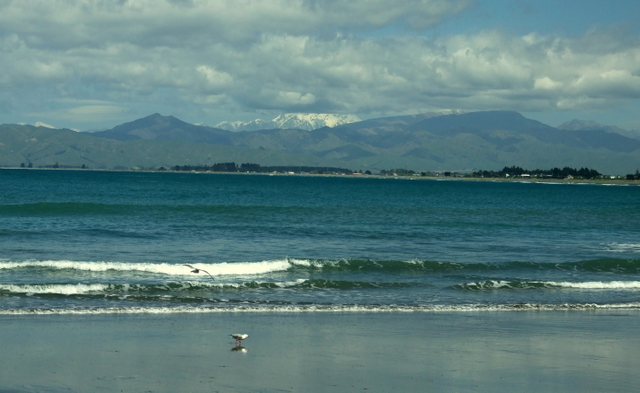 We were nicely set up for the weekend. The small piece of road they came to reseal is visible beside Suzi

Just before 4pm our afternoon relaxation was interupted by a bunch of trucks turning up. These were clearly roadworks trucks. Bitumen spraying and gravel spreading and roller-carrying trucks. There was a bit of the road into the camp that needed resealing but that wasn’t the bit that concerned us. They announced that they also had to reseal the bit beside us. Sure enough, there was an 8m section just beside 8m Suzi and we were only about 2m from the road. There was a wind blowing and too much chance of bitumening Suzi for their comfort or ours. They said they had to get it done before the holiday weekend or the sky would fall in.

We were not happy – being nicely and comfortably set up for the weekend. But move was what we had to do. So we packed everything up and backed up to the car park to wait for them to get the road sealed. By this time they’d closed the road into the camp – at 4.30pm at the start of a holiday weekend. All very last-minute, and annoying. While waiting for them to finish the road we had a re-think and decided to quit the camp altogether. It was going to get very busy and parking was going to be so limited.

Once they were finished and had reopened the road into the camp we decamped and headed back over the hill to Rarangi Beach where there is another DoC camp.

Whites Bay is one of the most picturesque beaches on the whole of the east coast of the South Island. And one of the safest.