After our lovely peaceful morning at Cowshed Bay and Portage we headed back up the short road to Torea Saddle. This is the saddle with and road to Torea Bay on Queen Charlotte Sound which is a short water taxi ride form Picton. The saddle is crossed in the other direction by the Queen Charlotte Track which generally follows the ridge-line which is the watershed between Queen Charlotte Sound and Kenepuru Sound which we were parked/camping beside. From the saddle, we headed off up the section of the track towards Te Mahia Saddle, roughly south and definitely up. 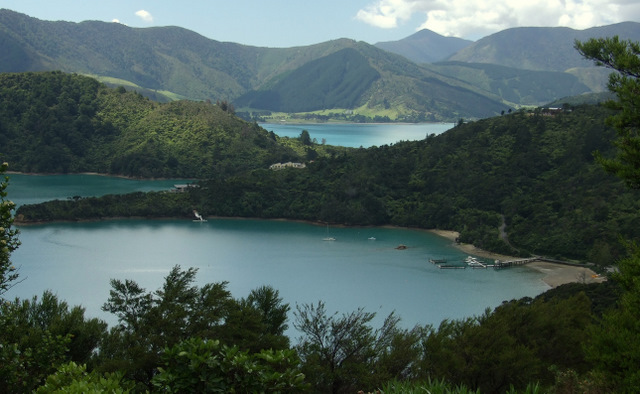 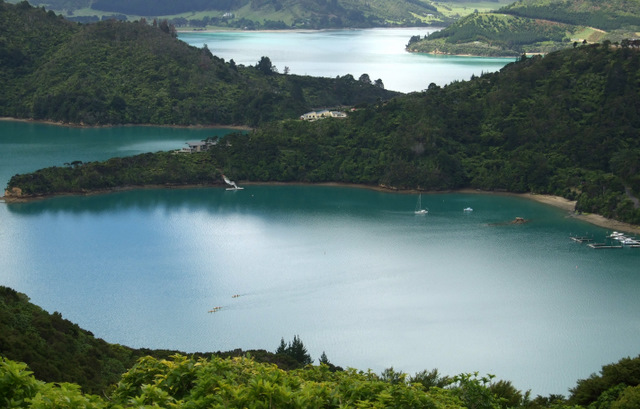 Kayakers crossing the bay from Portage. These were the kayays we'd seen lined up on the beach in the morning at the Portage Hotel

We figure if we went that way we’d get some views over both sounds. We did, but they were often limited and fleeting views. The weather was OK but it is just that the track is mostly through regrowth vegetation which blocks the views. There must be a reluctance to cut the regrowth down to restore the views except in a few places.  It’s all a bit tantalising and fleeting. The track climbed quickly and further along the ridge it leveled out and then climbed a bit more to a point 400m above sea level. This was a good viewpoint and we stopped here for a snack and some snaps. 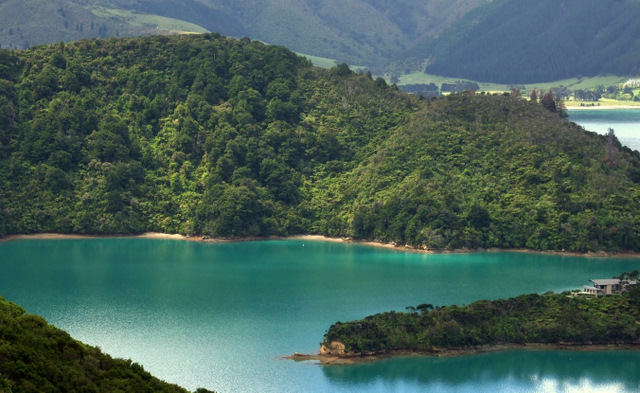 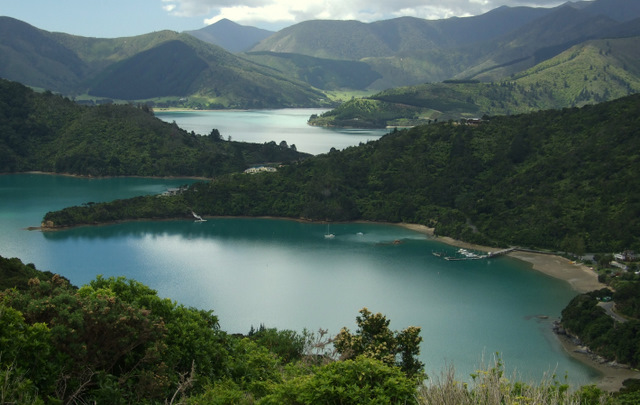 Kenepuru Sound back to Snapper Point

We spent some time working out what we could see and wher we were on the map. We watched an Interislander ferry emerge from Tory Channel into Queen Charlotte Sound en route to Picton. This was helpful as it showed us where Tory Channel was.

Picton at the head of Queen Charlotte Sound 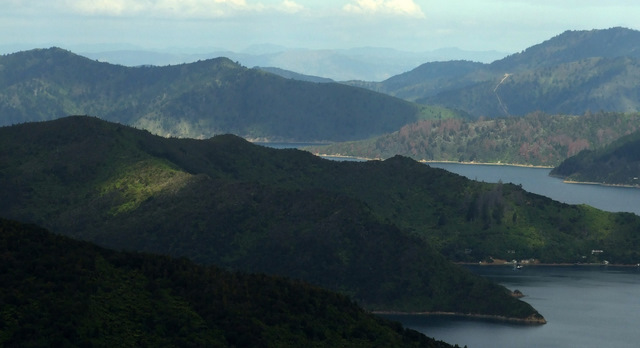 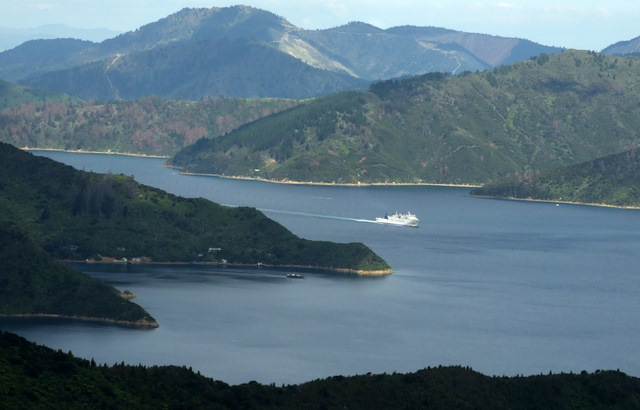 Beyond there we could see the island that is north of Tory Channel and beyond that we could see a couple more rows of hills/ranges. Through our handy binoculars we could see rows of wind turbines and it dawned on us that the furthest two rows of hills were both on the North Island. It gave a strange

sense of both islands being part of the same landscape with Cook Strait just another bit of water in between.

Time was getting on – it was almost 5pm. We turned around and retraced our steps back along the track and down the hill to the saddle and then down the road to Cowshed Bay and Suzi. It was a lot easier and quicker heading down. Then we made quick work packing everything away and heading back in Suzi.

The road back seemed a bit less twisty although the sharp corners still required good concentration with an 8m truck. Finally we were back at Linkwater and heading for Havelock. At 7.20pm we pulled up at a small roadside reserve beside Mahakipawa Arm. It was time for tea and Coronation Street. It didn’t take long to wind the dish up and find the satellite. I guess it’s one of the less harmful addictions?

Once we’d caught up with that world, it was time to get back to the real one and we headed on back to Blenheim in the gathering gloom. We’d had a lovely time-out in the Sounds which mostly only whetted our appetites for more.