Squiggly Roads To The Sounds

So there we were, loaded up and heading for The Sounds. The Sounds is a lovely big place. I saw somewhere where the coastline of The Sounds is 1400 kms. That’d be a lot of exploring. We’d wanted somewhere not too far from Blenheim, not least because we were well into the afternoon by the time we got away. We’d previously been to Whatamango (past Picton) and Aussie Bay and Anakiwa (all on Queen Charlotte Sound) and Elaine Bay on Pelorous Sound. We were keen for a bit of exploring so decided to head to Portage on Kenepuru Sound. The road is sealed all the way and there is a DoC camp there at Cowshed Bay where we could stay. 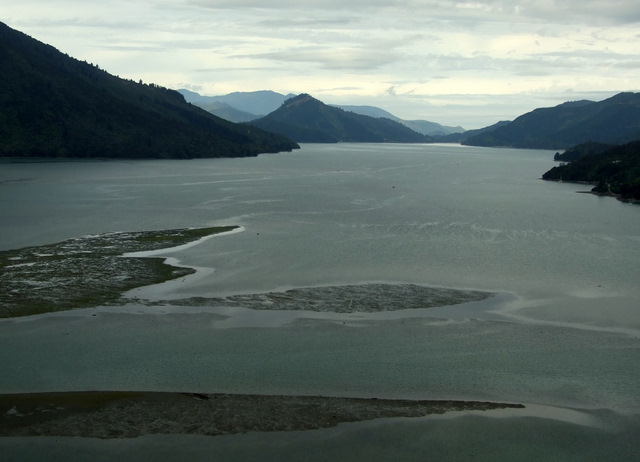 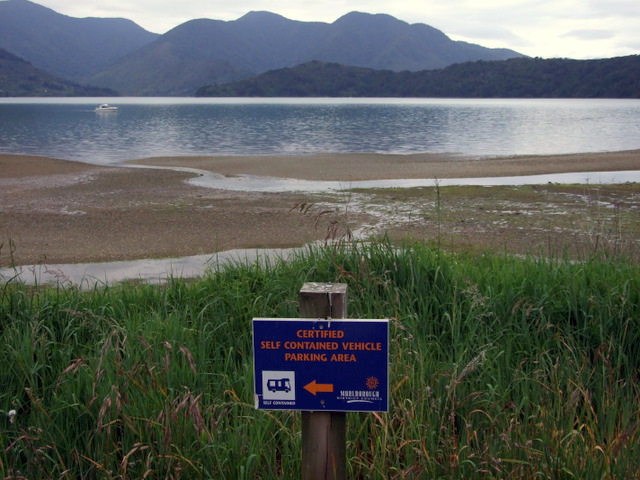 How is it that some of the loveliest places have the most ordinary names? Maybe it is a disguise. We once ended up camping at Mutton Cove on the northern Abel Tasman track – north of Totaranui. It was an idyllic beach location but what an awful name.  Cowshed Bay has no cows, nor any sheds of any sort. Only bush and birds and a camp beside the Sound, just around the corner from Portage. Cowshed Bay seems a silly name for another idyllic place. 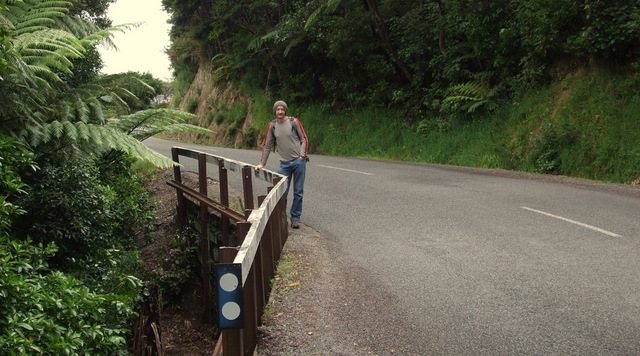 We couldn’t decide whether it was quicker to get to Kenepuru Sound via Picton or Havelock. Access to the Sound is vis Linkwater which sits between Queen Charlotte Sound and Mahakipawa Sound which joins up with Kenepuru Sound which joins up with Pelorous Sound. Both ways to Linkwater have squiggly roads. Most roads in the sounds are squiggly – i.e. are continuous corners. We went via Havelock in the end and were soon onto the twisty bits. From Linkwater we turned off Queen Charlotte Drive and took the road to the north. We were soon over the hill and dropping down to Mahau Sound. It was here that we stopped for a few minutes and discovered a parking area with a sign that said that motorhomes were allowed – with conditions. These signs are a welcome relief from all the “No Motorhomes” ones. Western Bay of Plenty has a similar approach. It is called zoning. Zoning is not a new planning concert but is one that a lot of Councils need to consider with regard to motorhomes and freedom camping. 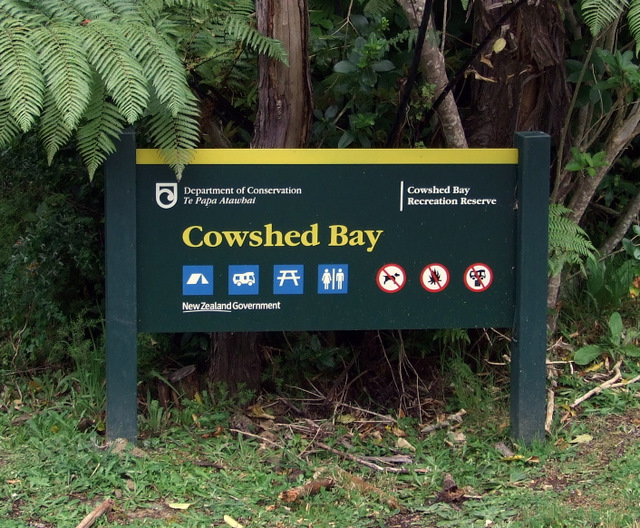 Nothing explained why it got called Cowshed Bay - I guess there once was a cowshed there. Lucky it wasn't the chook run or it'd be called Chookrun Bay?

From that point on the road was just a continuous series of corners. It must have been a nightmare to build and would be a nightmare to maintain. It is mostly wide enough but there are lots of blind hairpin bends where you’re happy to not encounter something big coming the other way. Plus they have a strange practice of building angled guard rails on the inside corners. These end up with the angled part projecting right to the edge of the tar seal at the apex. It is disconcerting in a long wheelbase truck because it has the effect of dramatically narrowing the corner. It requires driving further through the corner before turning to avoid clipping the rail. I sort of got used to it but quick glimpses in the mirror looked like we were missing some by only a foot or so.

It is a dramatic drive – all the way. A small saddle leads from Mahau Sound over to Broughton Bay on Kenepuru Sound and from there the road squiggles east through Te Mahia to Portage and beyond – far beyond. The road goes through the DoC camp at Cowshed Bay and we pulled off there. We found a level park only a few metres from the water’s edge and were soon sorted out and settled down. At last we could relax and relax we did. It was going to be a great way to unwind after a busy couple of weeks.