We’d heard about National Field Days for a few years now, and sort of thought about maybe going. We were in Tauranga, planning on heading towards Waihi and Thames. Then we woke up on the first Wednesday of the Field Days this year and decided in a short space of time to go see what it is all about. Field Days are a sort of souped up A&P Show – agricultural heaven. Lots of farm stuff and animal stuff. Been going for decades, at Mystery Creek which isn’t all that mysterious – it’s south-west of Hamilton, in the same place every year.

We headed on over in the afternoon, and as we got closer we started noticing all the traffic heading in the opposite direction. It was weary agricultural people heading home after Day 1. Average attendance is 30,000 people per day, and that’s not counting the thousands working on the displays and stands. It’s big. We parked up at a parkover place at the Olde Creamery Cafe – a lovely rural cafe not far from Mystery Creek. 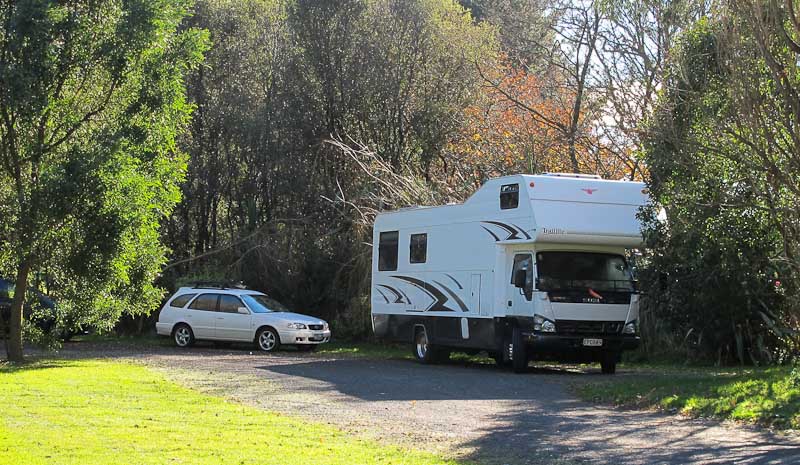 Suzi in the sun at The Olde Creamery Cafe 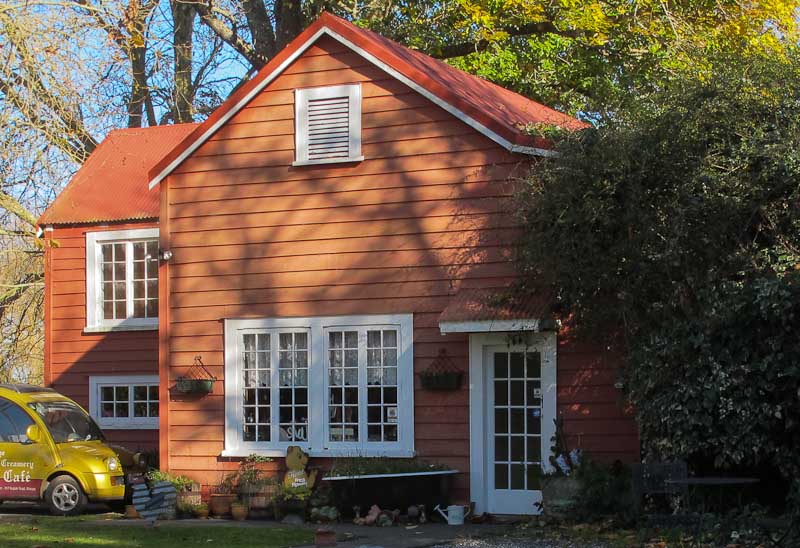 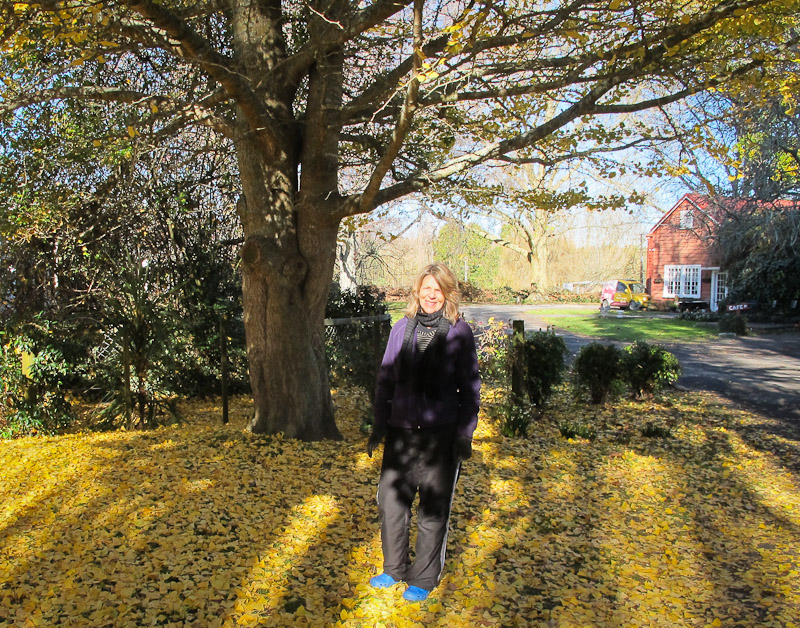 Wyn in the sun at the Olde Creamery Cafe 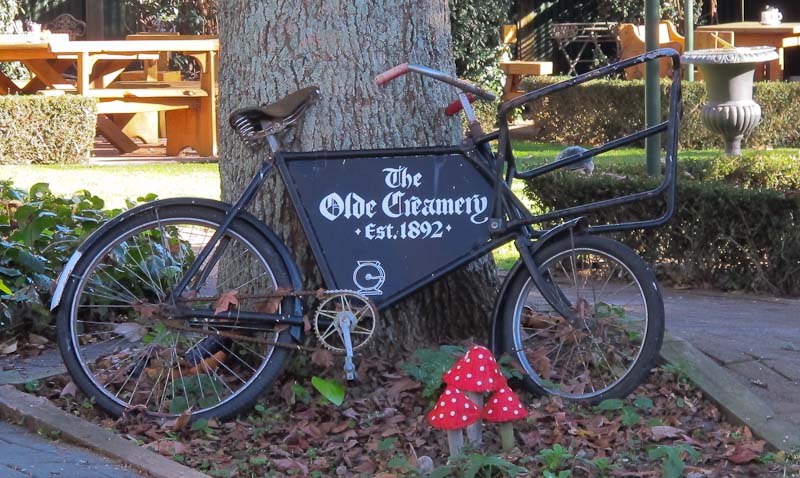 Lots of interesting stuff at the Olde Creamery Cafe

Day 1 had been cold, frosty for a start with sun that thawed the ice so that it rained inside on the people manning displays. Night 1 was cold and frosty. Day 2 was frosty and warmed up in the sun and was cold in the shade. Parking was managed with military precision – they’ve had lots of practice. Arriving at the site was overwhelming – impossible to figure out where to start. 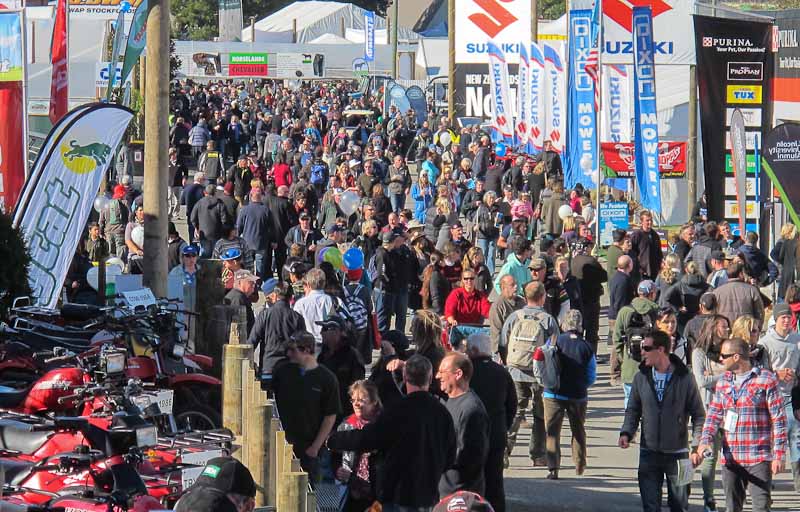 So we started in one of the first marquees which had lots of food displays and some free coffee. It was also where Nici Wickes was doing a cooking demo. Apparently she does a World Kitchen TV show. She showed us how to make frittata-style tortillas. I’d actually always wanted to know how to make frittatas and she made it look easy enough. 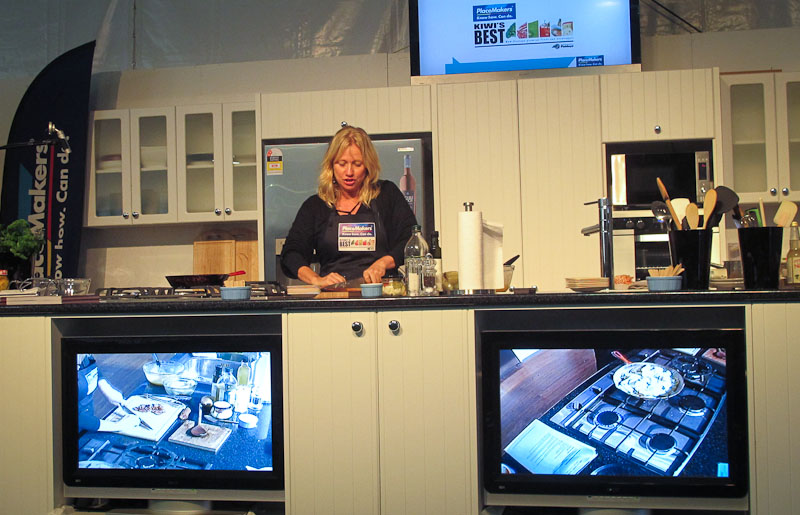 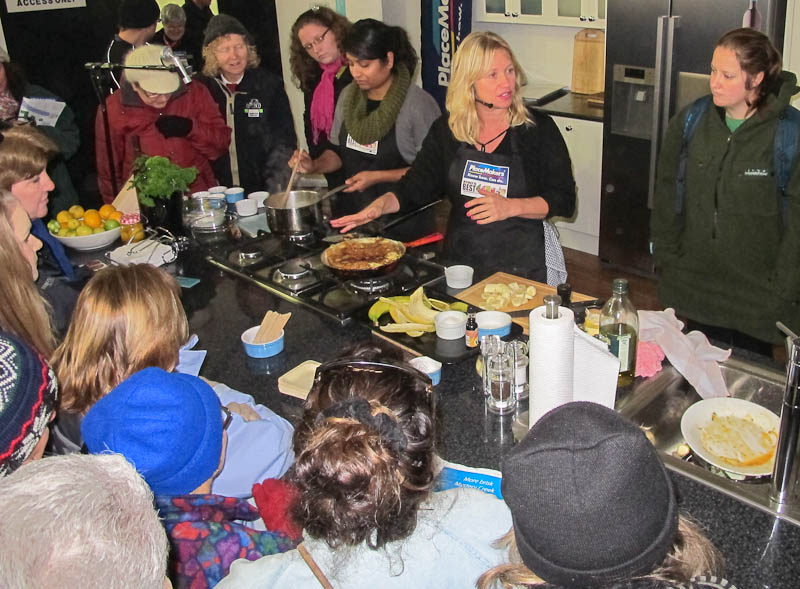 Plus she had some good tips e.g. how do you get rid of those bits of egg shell that fall into stuff? Turns out that chasing them with spoons or fingers is a waste of time. Use one of the halves of emptied egg shell with a sharp bit and you’ll get them every time. Handy eh? The demo got interesting when something tripped the power partway through so we ended up down the front crowding around Nici. Easier to see what she was doing and closer to collect samples. She also did a banana meringue pie thing – yumm. She made us all promise to make one of the dishes within 24 hours and we did – we made the frittata for tea. And it worked.

After that we wandered around with the thousands of others. We bought some battery recharge stuff I was looking for. And some handy bag snap-locking things. Later we went to watch the tractor pulling competition. A tractor pulls another tractor that is weighed down with large lumps of concrete fore and aft that doesn’t want to be pulled. The tractor being pulled has a digital scoreboard on the roof showing how far it has been pulled. The pulling tractor pulls until it bogs down. Then it gets a second chance. Then another tractor has a go, then another. They do that all day.

Later in the day there was a wearable art sort of show – with an agricultural twist to everything. Lots of recycled farm stuff and shotgun cases seemed popular. Along with silage wrap. And milking gloves. There were amazing creations that must have taken since last year to put together and what’s the bet they were already thinking about next year’s? 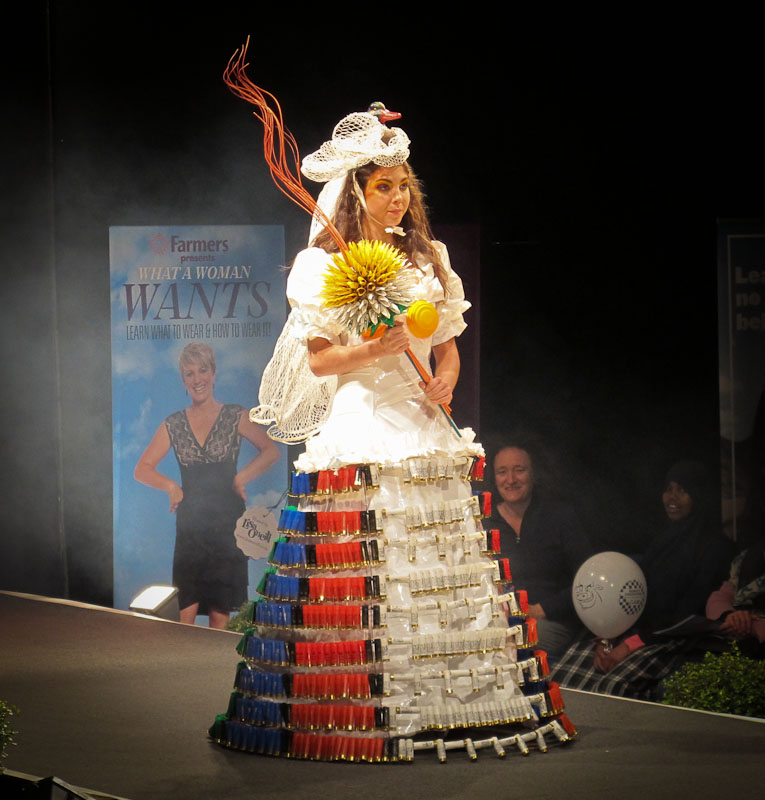 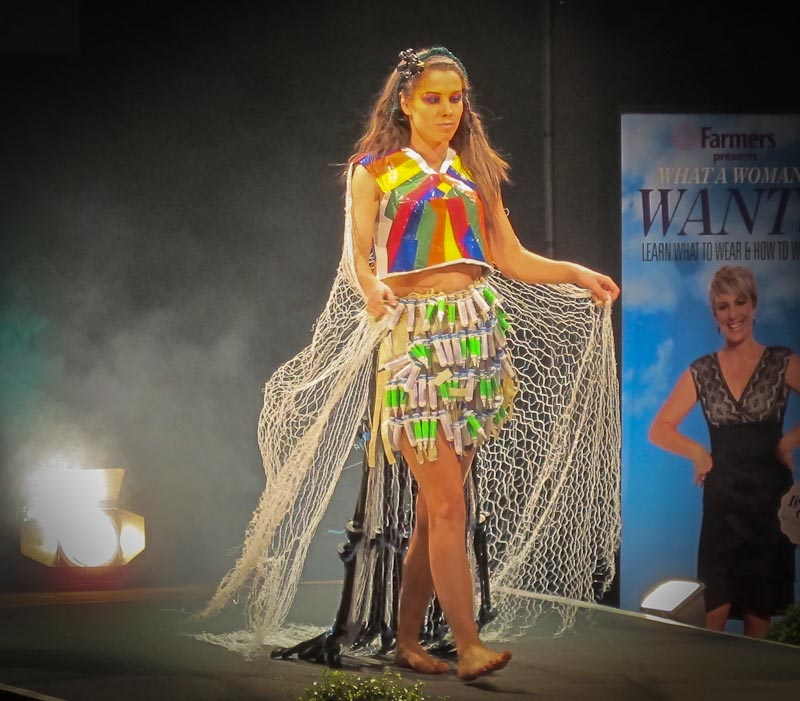 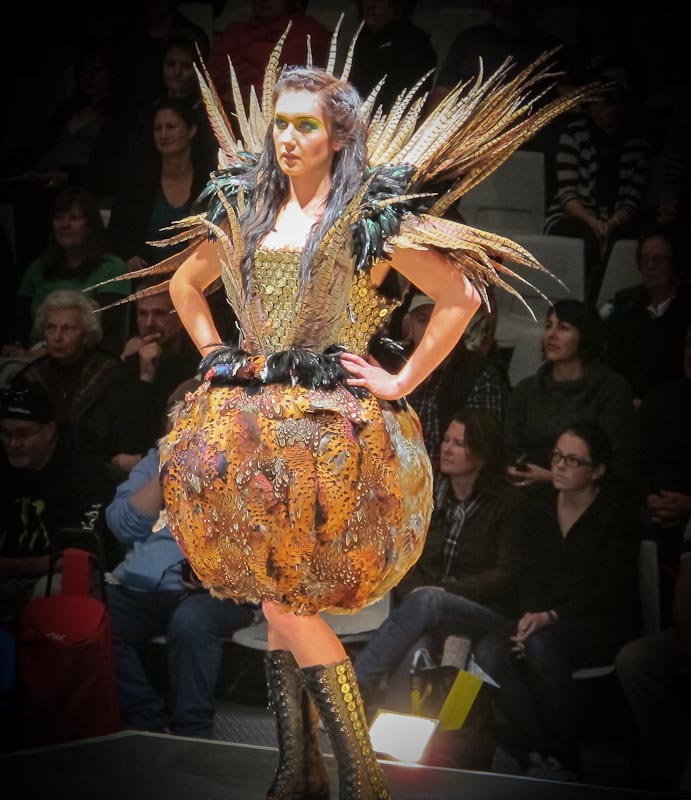 Wyn stayed on for a fashion thing about body shapes which I excused myself from to see an instant house that comes on the back of a (big) truck. At  the end of the day we might have seen half of the displays, but  that was more than enough for us. We stumbled off while the sun was still shining and were grateful that we only had to drive around the corner. We set to to make our frittata, reflecting on the phenomenon that is Field Days – officially the largest agricultural show in the southern Hemisphere. Total visitors over 4 days was 130,000. Lots and lots.

This entry was posted in Daily log and tagged Hamilton. Bookmark the permalink.