In the Footsteps of Cook – to the Beach

We had a rest day after the exertions of walking the length of Simpsons Beach – where we were parked up almost on the beach. Then we dug out of biking gear and headed out to Whitianga and the ferry across the Whitianga Harbour entrance to the other side. Called Ferry Landing in another delightfully unimaginative bit of naming. From there we headed off on our bikes; over a low saddle and down to the beach on the other side facing Mercury Bay. Called Front Beach, or Maramaratotara Bay (which may well be Maori for Front Beach?). Or may be something about a chip or splinter of Totara which is a bit more interesting that Front Beach. 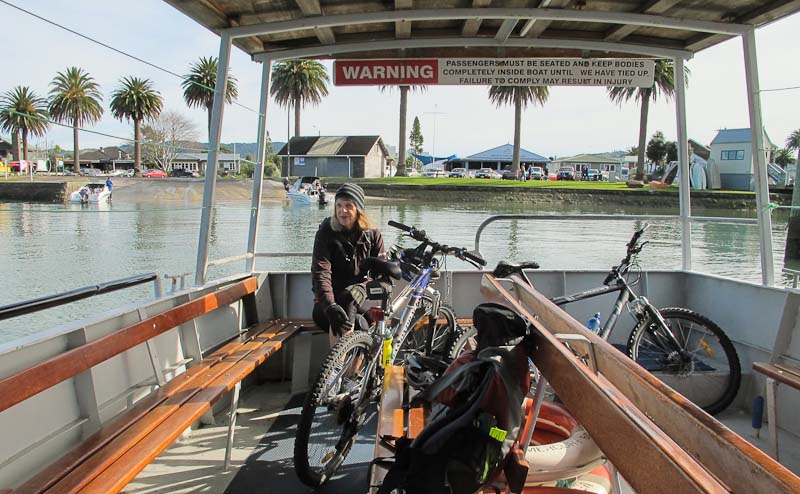 Wyn and bikes on the Whitianga Ferry 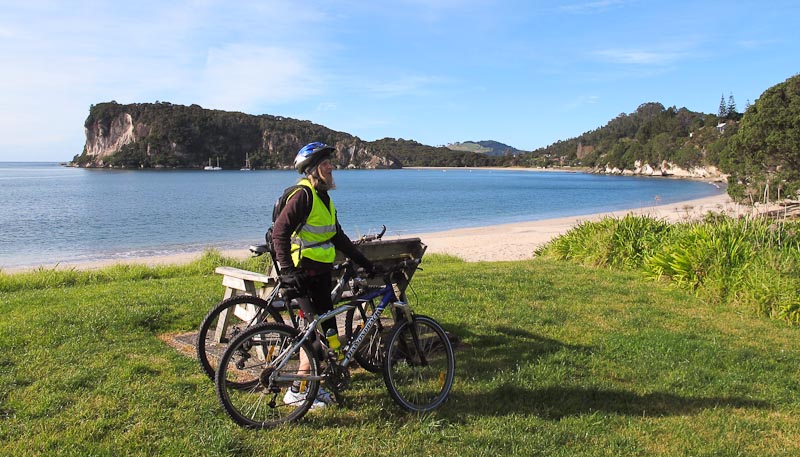 So we admired the beach of several names before cycling onwards, past Flaxmill Bay and up to the top of Shakespeare Cliff. So named because Captain Cook thought the cliff looked a bit like Shakespeare. I think maybe he’d been a bit too long cooped up on his little sailing ship and needed to get out more. Which he did, he spent 10 days parked up in Mercury Bay in November 1769 and made his second landing in New Zealand which he’d only “discovered” a month before. 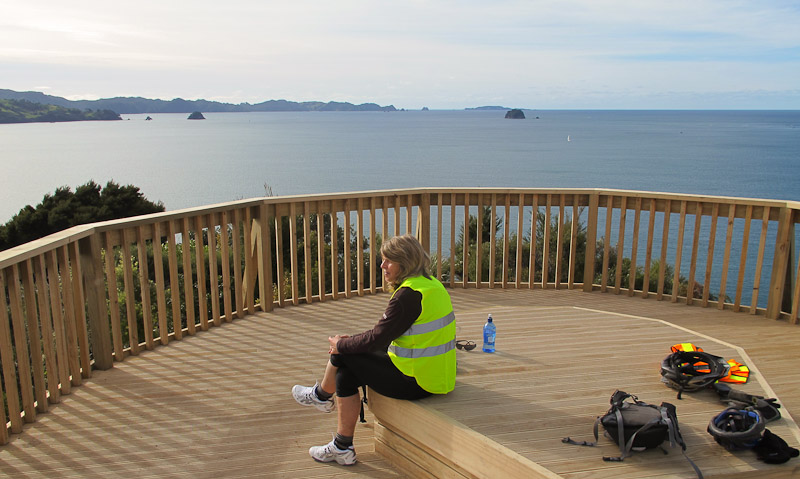 Wyn at the lookout Shakespeare Cliff, Mercury Bay beyond 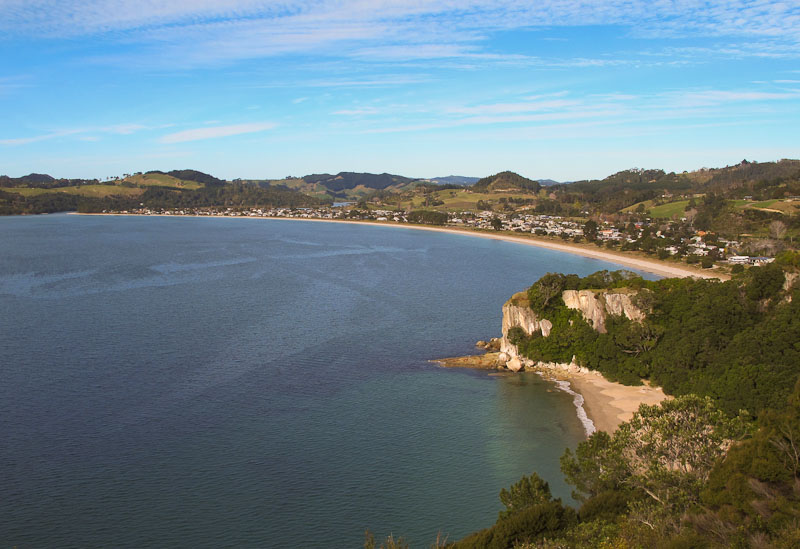 Cooks Beach with Lonely Bay below – from Shakespeare Cliffs

On 10 November 1769 he was ashore on Cooks Beach to observe the transit of Mercury – across the sun. This was to work out the longitude of the bay which must have been something useful for them to know. But it does seem like “going there and back to see how far it is”. I guess it was useful to be able to anchor their new map of their new country which might have been the big continent they were looking for – but wasn’t. Don’t get me wrong, I do admire Captain Cook. He was a mighty way from home with no GPS to let him know where he was. And no satellite phone to summon up help if he ran aground or crashed onto rocks or anything. He was definitely “out on a limb” and still busy exploring. And working out where was safe and what not to hit.

So I was keen on finding the Cook Memorial at the far end of Cooks Beach.  And a very understated memorial it is – considering that this was the second place he landed, and that he hung out there for a relatively long time. It did give us somewhere to aim for, and we found a sheltered sunny nook on the beach and enjoyed a late lunch and some sunshine. 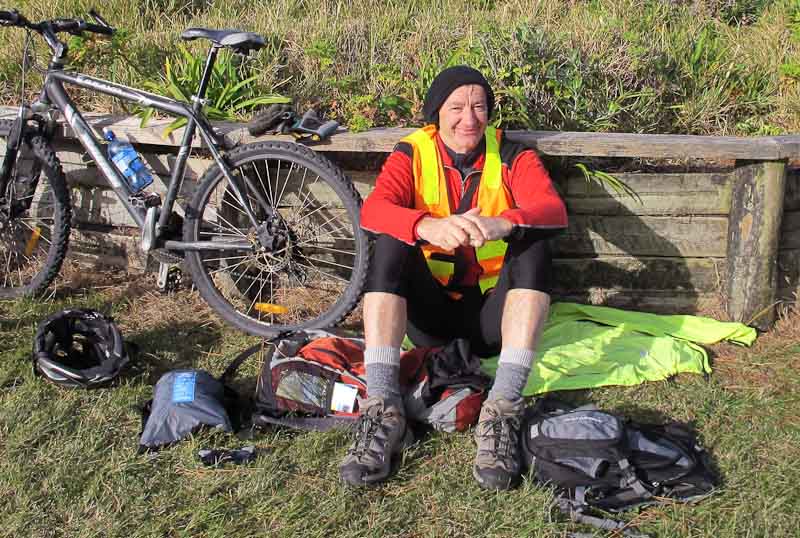 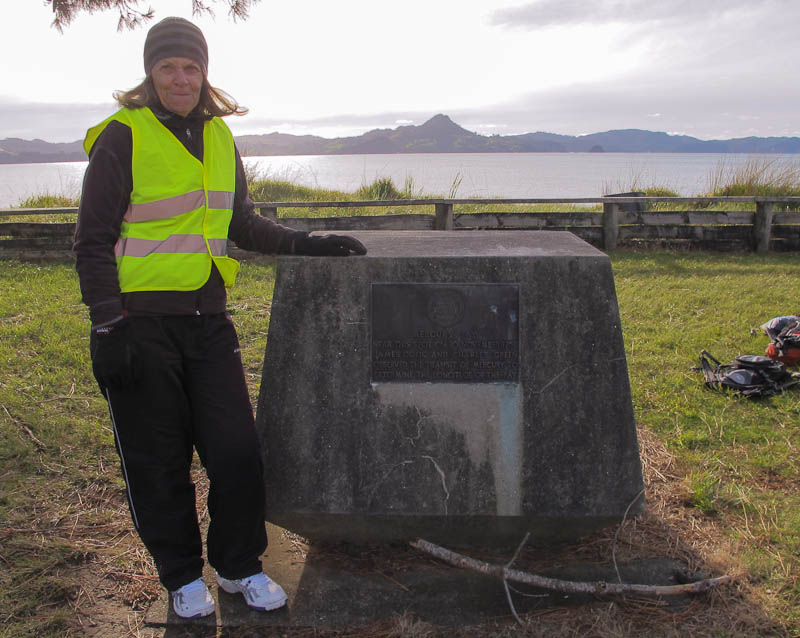 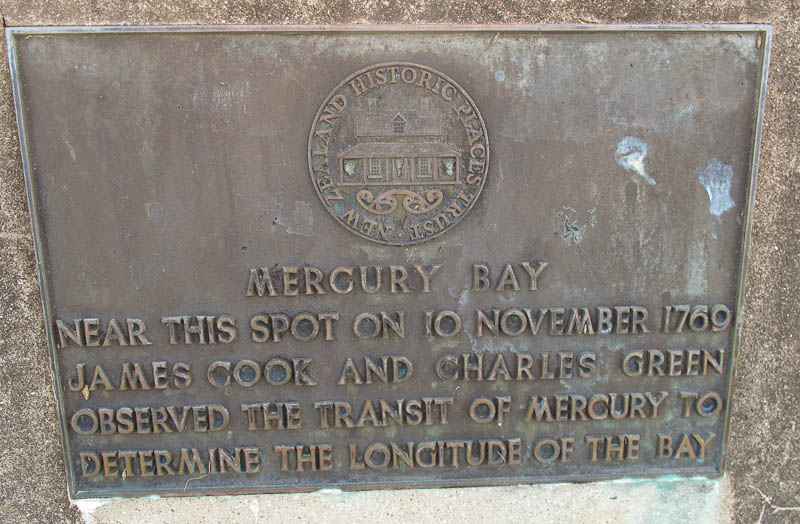 Eventually we retraced our steps, meandering back through Cooks Beach town and back along the coast and over to the ferry back to Whitianga. It was an interesting day with exploration, history, sunshine and vistas, and exercise. A good day. 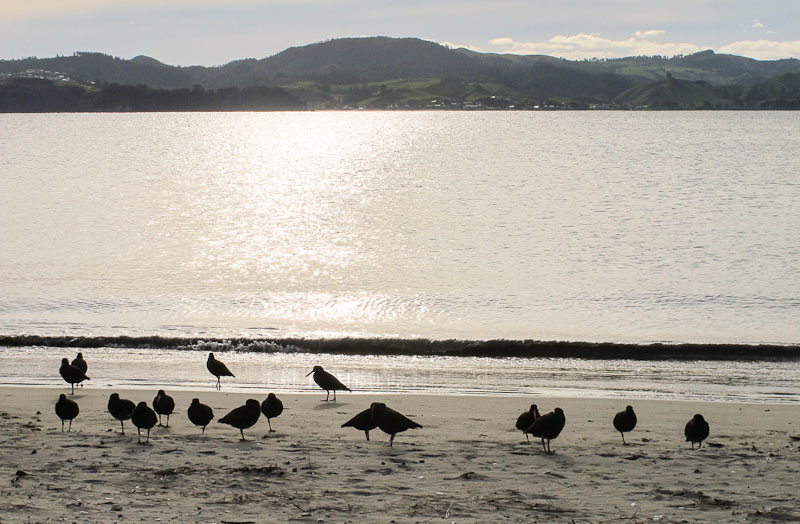 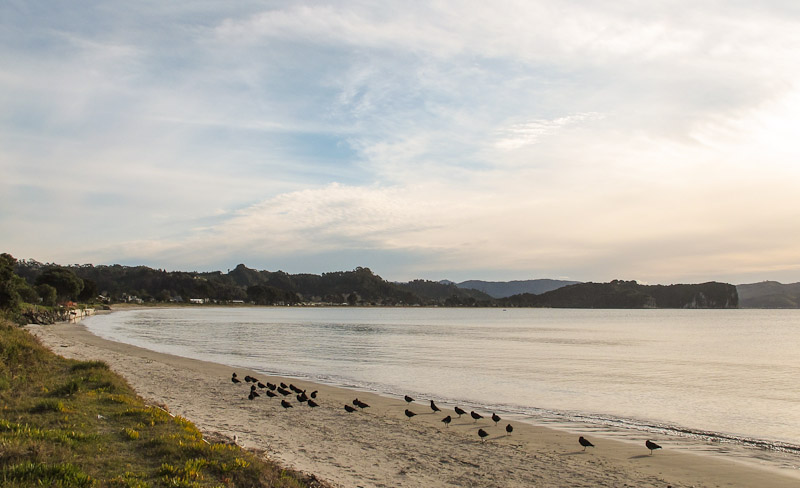 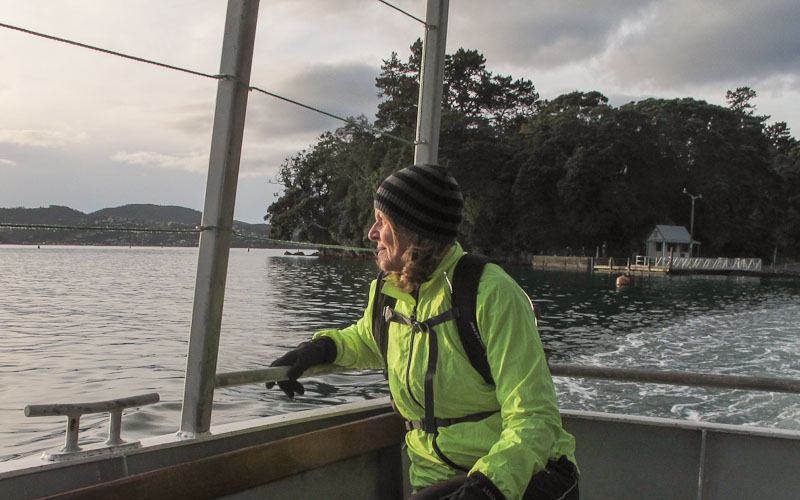 Wyn on the ferry back to Whitianga

This entry was posted in Biking - cycling, Daily log and tagged Coromandel. Bookmark the permalink.