Out of the Wairarapa

It was a good thing we’d made the most of the afternoon when we arrived a Castle Point, as the next morning wasn’t up to much. It was time to leave the east coast and head west, to the west coast. We headed back to Masterton, and then north. We’d figured on stopping at the Mt Bruce National Wildlife Centre – we were keen on seeing the birds. We were pleased we did – firstly because we saw the eels. They have a bunch of eels in a stream that they feed in the early afternoon. The ranger woman gets her waders on and clambers down to the stream and the waiting eels. So they end up all round and between her legs. She says they are not aggressive and it does seem that they are a bit misunderstood. Which isn’t to say they are a cuddly as a kitten. 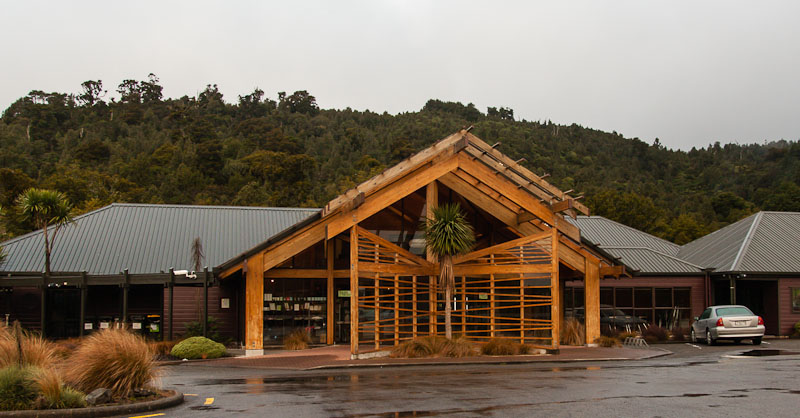 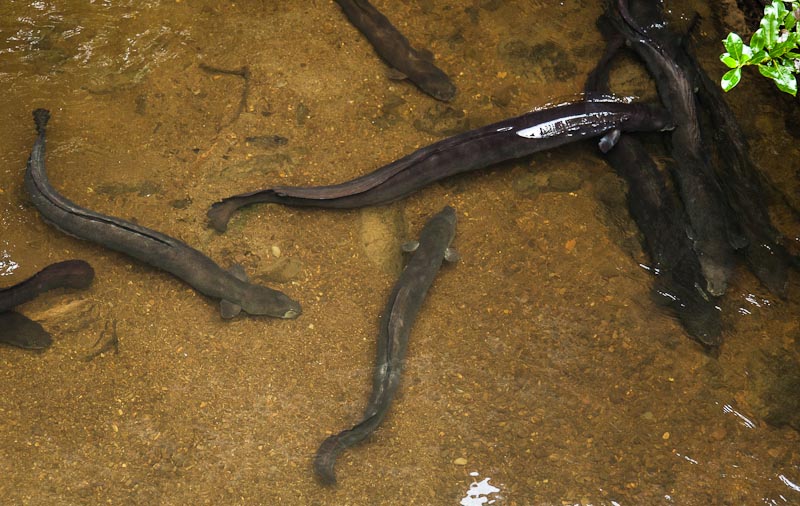 After the eel feeding, we went off in search of the kiwis in the day/night reversal kiwi house. One brown one was supposed to be away getting checked out, but there it was stumbling along in the dark. They only have dim red lights – a bit like a darkroom. Next door was the white kiwi, but in the red light it looked red. It was poking around in the dirt and mulch just in front of us. They are not the most dynamic of birds/animals, but it is fun seeing one in the flesh – albeit red/white. 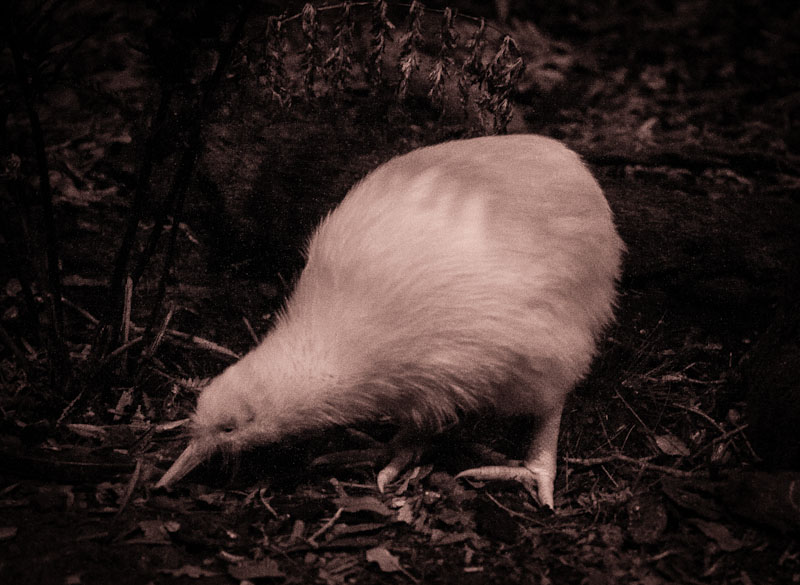 Then it was time to go see the kakas get fed. Given their cousinhood with the keas, they are more my kind of bird. There were also a couple of rare birds in avaries, a Stitch bird, and a Kokako which were interesting in an avary sort of way. But give me a free-range kaka any day. With the day running out we drove further up the road to Eketahuna and parked up for the night outside one of their Clubs. 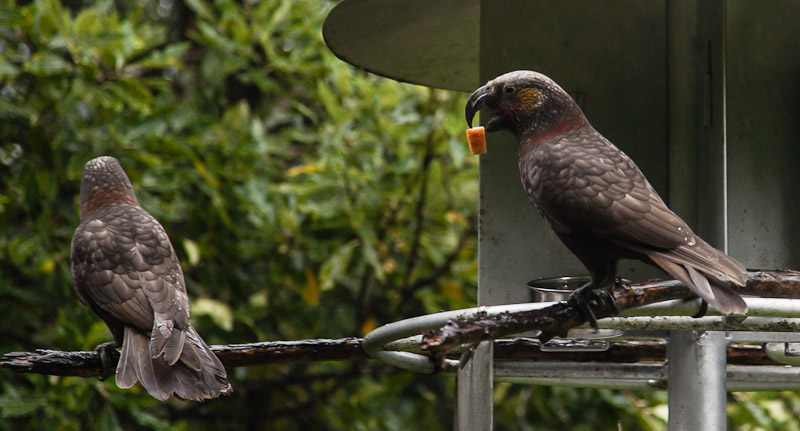 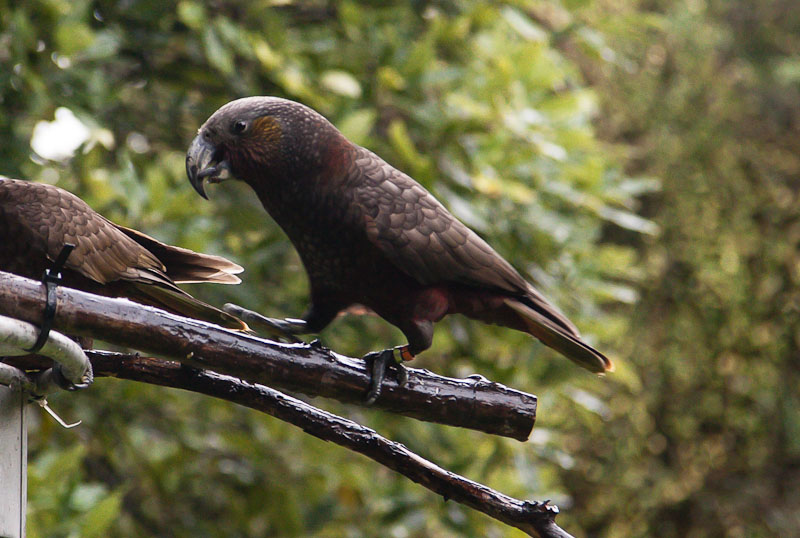 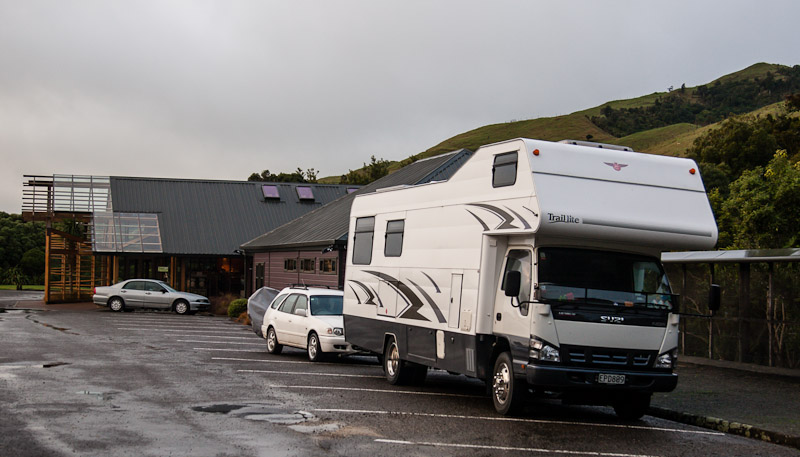 It rained a bit but not so much the next morning. We continued north to Woodville and then through the Manawatu Gorge. This gorge is a short and dramatic sort of drive – there’s not much room for anything more than the road. And sometimes there’s not enough room for that. They had that big slip there last year that closed the road for months. The gorge is only about 8 kms long. It’s probably the only place where the main north/south divide is cut through by a river, in either island. We stopped on the Manawatu side for lunch and a look at the trail that now runs back into the gorge and up and over and down to the top end. Another day. 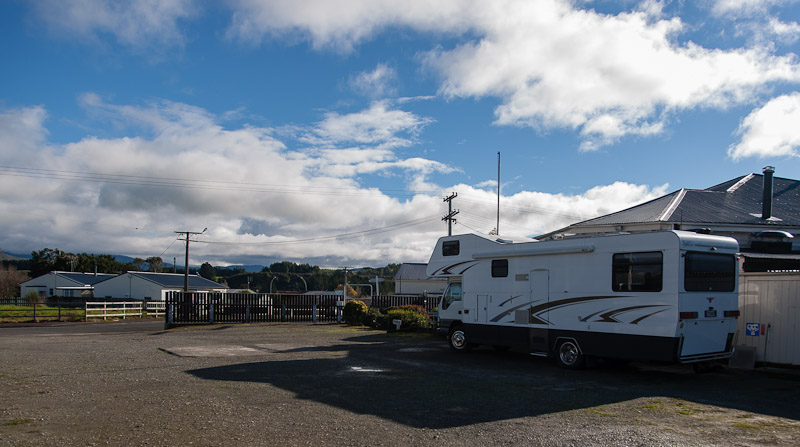 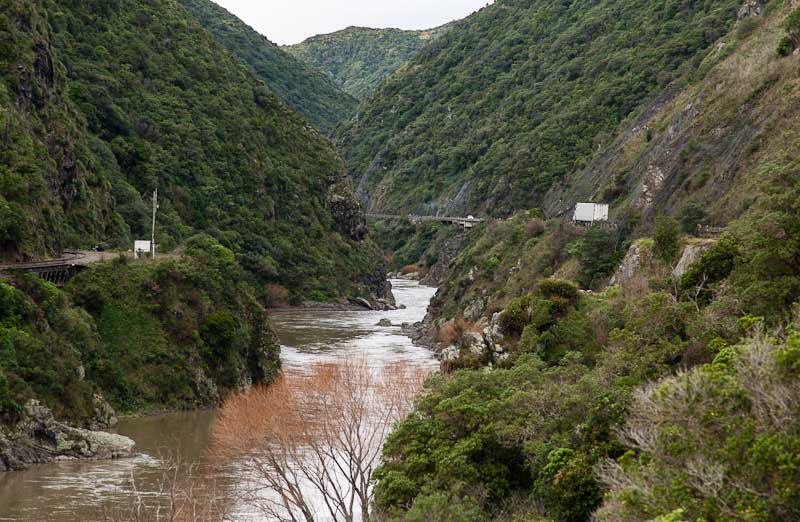 Manawatu Gorge – looking back through from Manawatu end 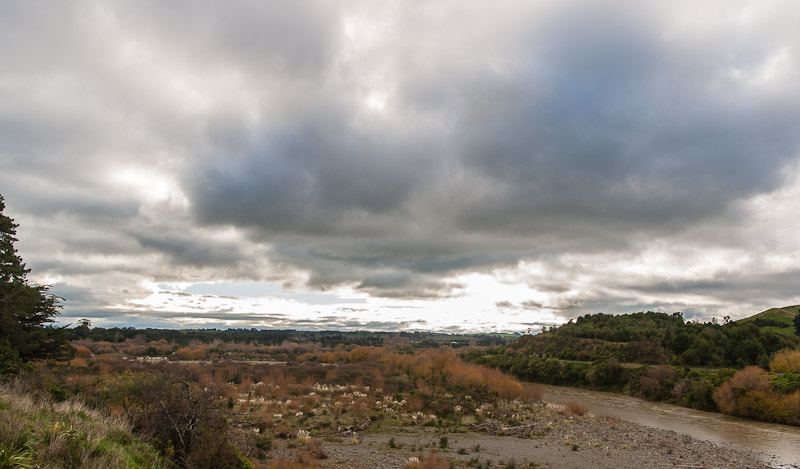 Manawatu River – looking west from end of the gorge

As we drove west the sun came out, then it rained, then the sun came out and then we were at Marton, Wyn’s home town if you don’t count Lake Alice where the town she started at is now off-limits – what’s left – now that the hospital has been closed down and sold off. We’d enjoyed our explore of the Wairarapa. It was a good relax after some busy weeks, and we ticked a few places on our lists.