To Castlepoint and Back

After an interesting stay in Greytown, we finally moved our movable house, heading north up the Wairarapa. It wasn’t far to Masterton and from there we headed north-east towards the coast. It wasn’t much of a day with rain showers and lots of gray. The road was sealed all the way which was a bonus. We reached Castlepoint and checked into the camping ground – the only possible place to stay. We found a park beside the beach with a view of the lighthouse and were soon settled in. 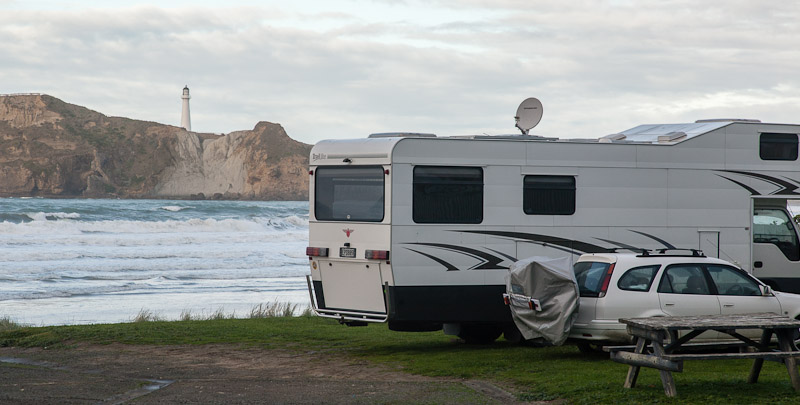 Castlepoint Lighthouse from the camp ground

The afternoon cleared and we decided to make the most of it – which proved to be a wise decision. We walked along the beach to the isthmus across to the ridge that the lighthouse sits atop. With a good access track, we were soon atop the ridge. It was a wild sort of a day and a wild sort of a place. There was a big swell crashing into the cliffs. It is a dramatic sort of place. Castlepoint was named by Captain Cook. He reckoned that Castle Rock, the hill to the south, looked like the battlements of a castle. 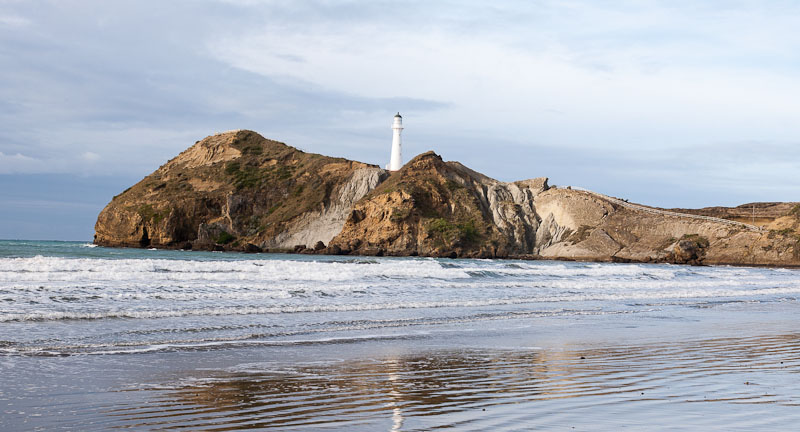 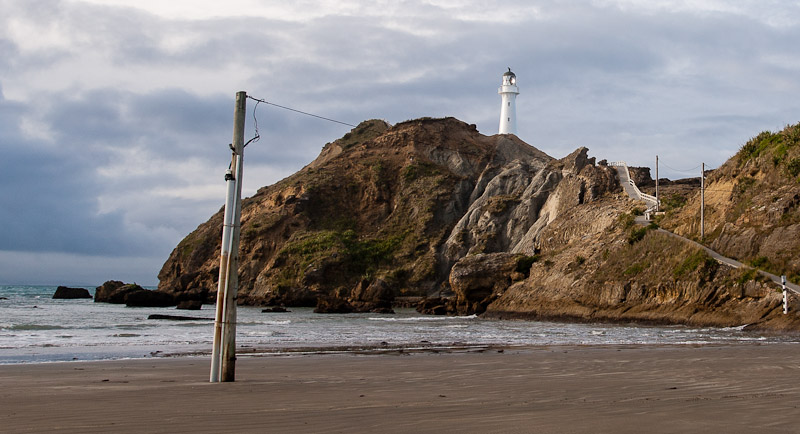 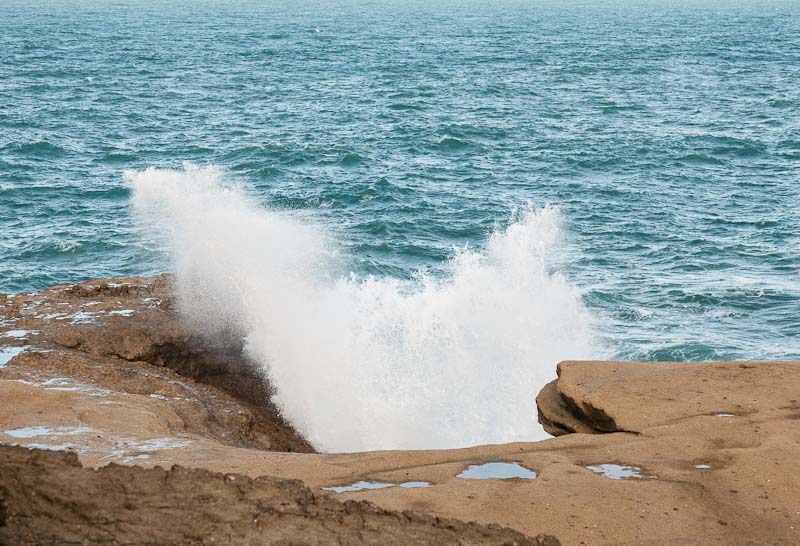 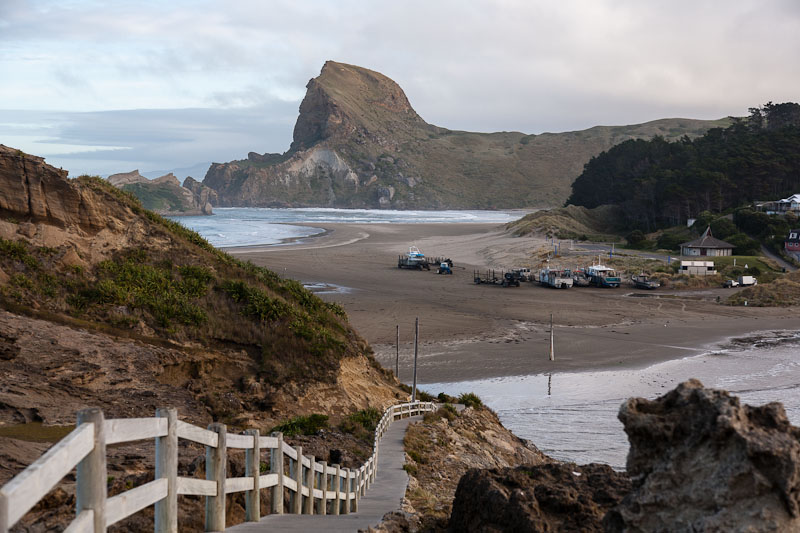 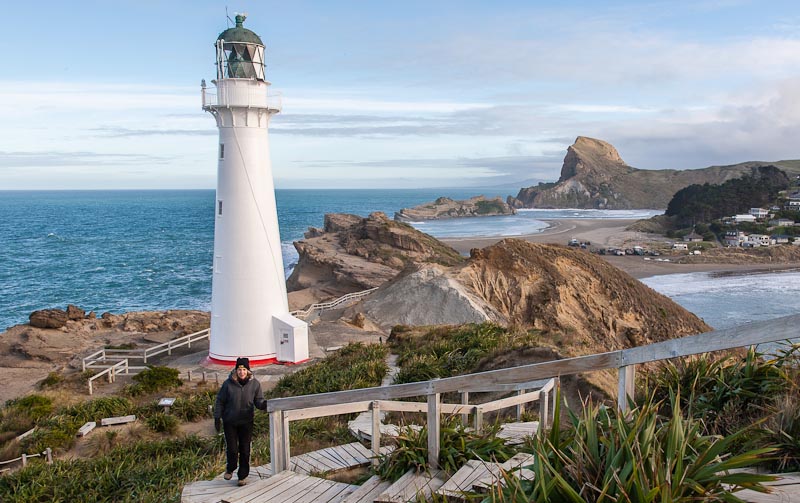 Wyn and Castlepoint Lighthouse and Castle Rock in the distance 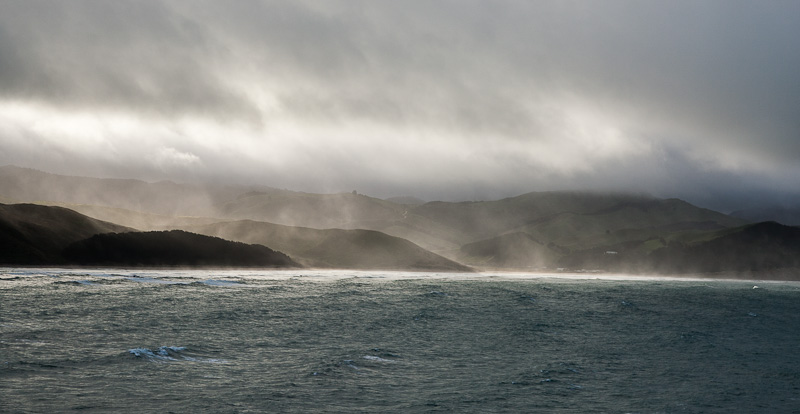 We headed back down the ridge, and headed a bit further south, to the estuary/cove that is the other side of the isthmus. From near water level here we could watch the waves crash onto and over the ridge nearby, safe because the waves lost their energy smashing onto the ridge. There are signs on the ridge warning of the danger of rogue waves sweeping over the ridge/reef. It was fairly obvious when we were there but would be deceptive and dangerous on calmer days. Most sobering was a memorial plaque to those who have died after being swept away while fishing. 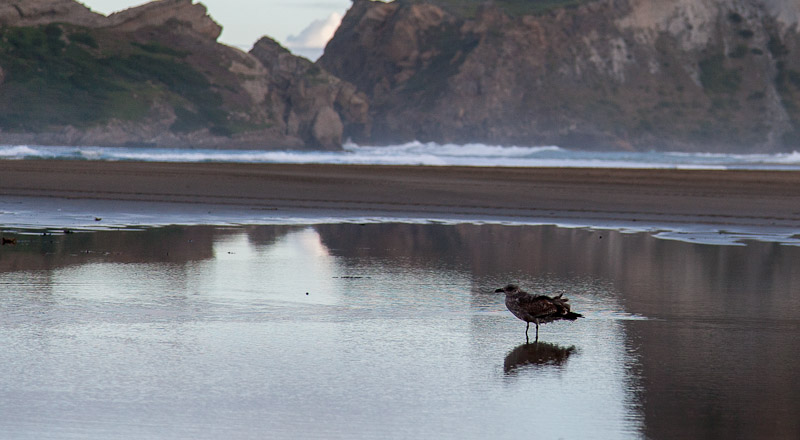 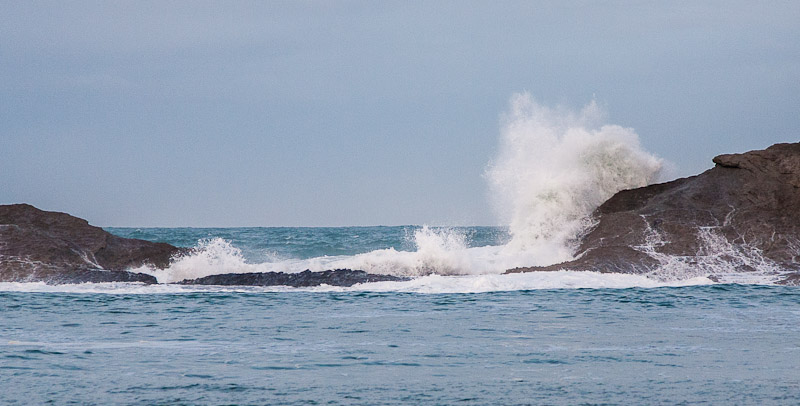 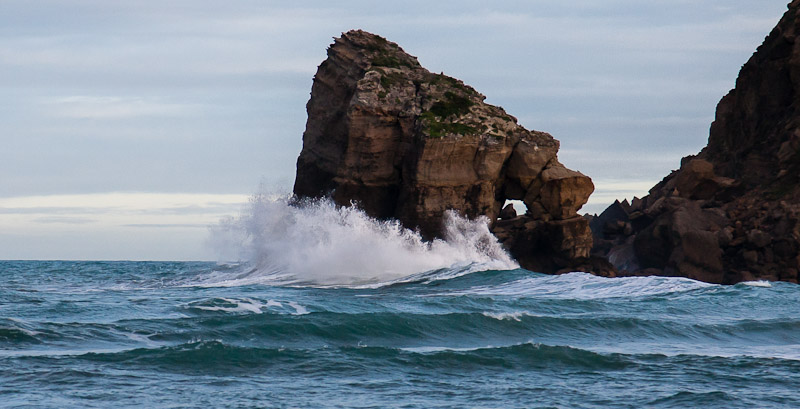 There is a small and interesting fishing fleet that use the isthmus to store and launch their boats. There was a variety of launch machinery; some purpose built vehicles and others adapted. I can imagine the late night sessions where people are discussing their latest ideas for the bigger and better launch machine, and which concept is best. And then they build it and start thinking about improvements; and it’s the best one until the next new one. 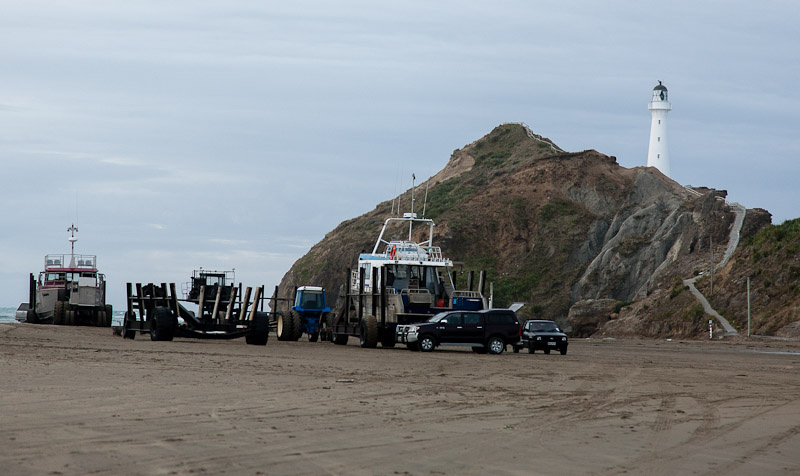 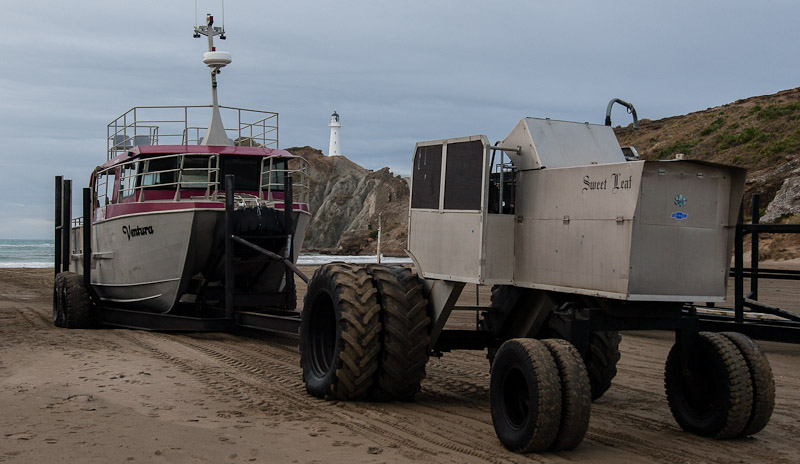 Castlepoint Fishing Boat with rather a long drawbar

This entry was posted in Daily log and tagged Castlepoint, Wairarapa. Bookmark the permalink.

1 Response to To Castlepoint and Back