From Thames we headed west and then north – up the other side of the Firth of Thames. Not far past Miranda we parked up on the Ray’s Rest road reserve beside the sea. It is all shell beds and a tide that goes out as far as you can see. Lots of seabirds, and sea. It wasn’t long before we were relaxing in the sunshine. It’s that sort of place. And somehow it usually seems to be lovely and calm when we are there. Usually the loudest noise are the 10cm waves crashing quietly on the shore. 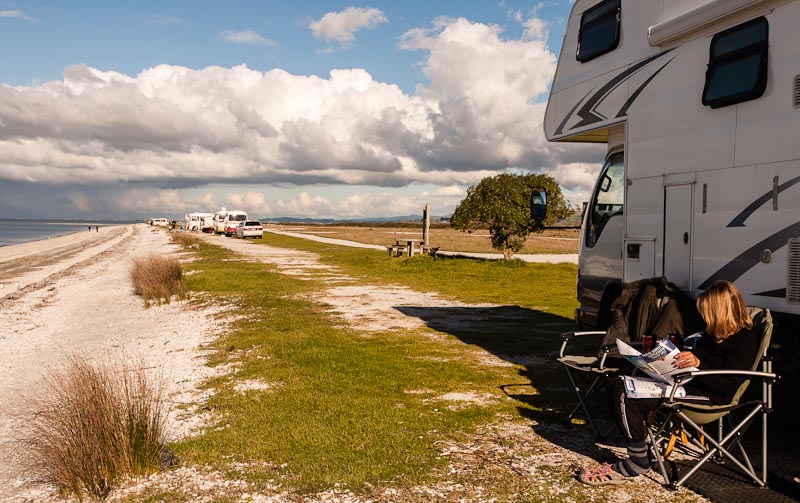 Wyn resting up at Ray’s Rest near Miranda 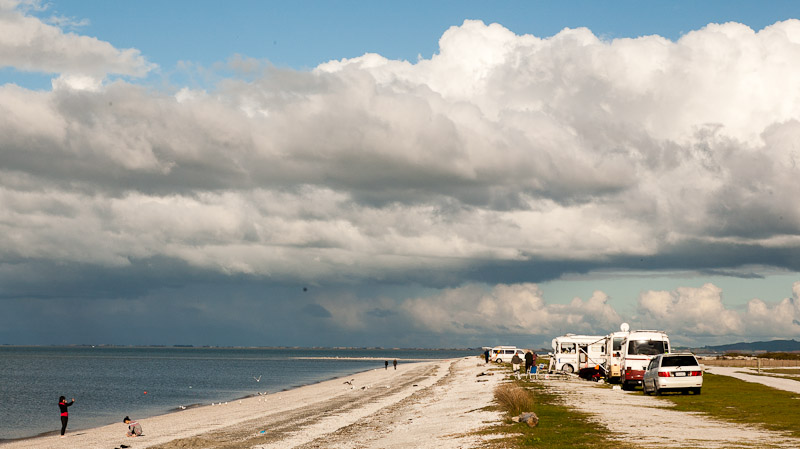 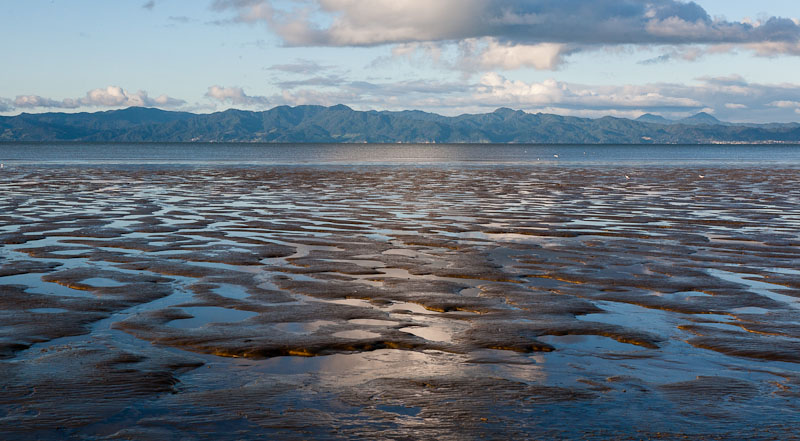 Eventually we went for a walk to the north end of the beach. And finally we drove to Kaiaua for some of their famous fish and chips for tea. 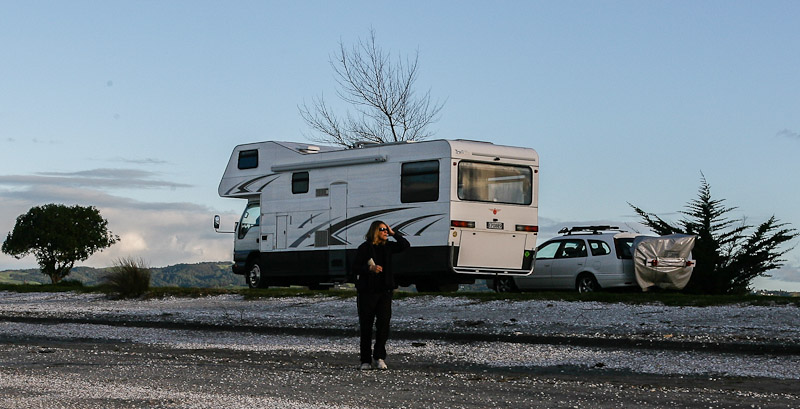 Next morning there was a fabulous sunrise over the Coromandel Range across the Firth of Thames. 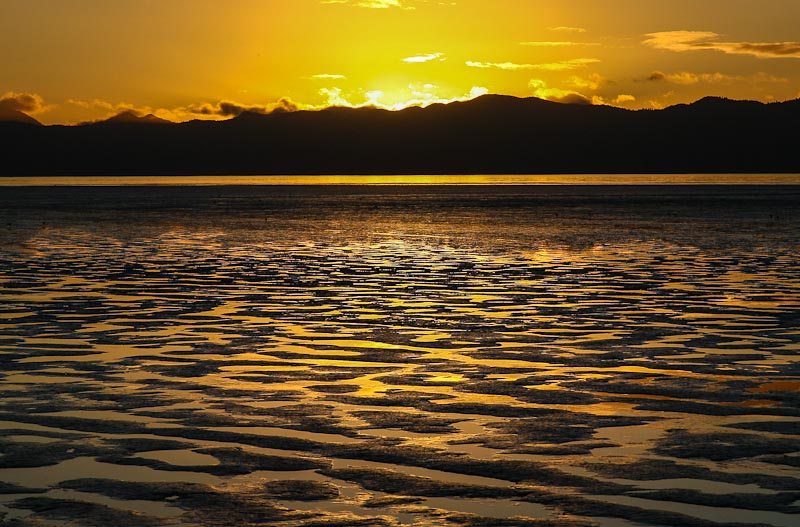 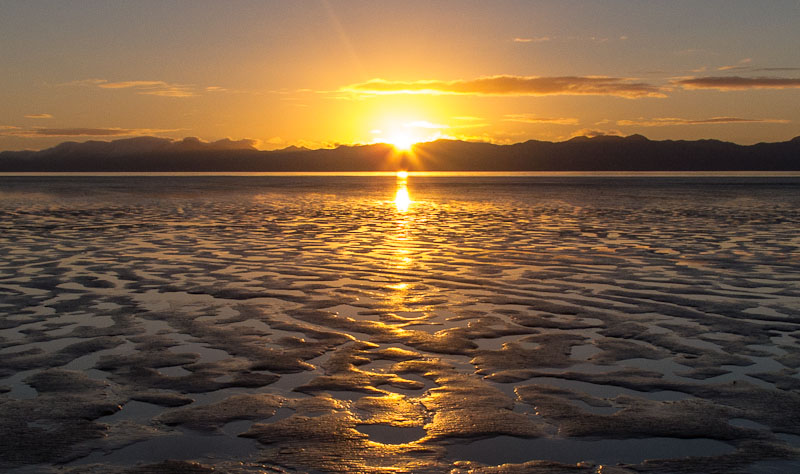 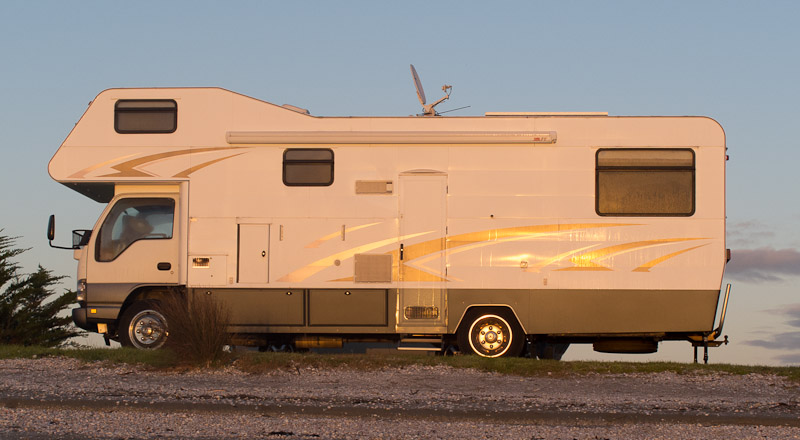 Suzi truck at sunrise at Ray’s Rest near Miranda

Later we moved a few kilometres north and parked up beyond Kaiaua for a couple of nights with friends. We helped them with their surplus of snapper and they gave us a hand with our surplus of aging Pinot. We were just across the road from the beach. I was fascinated to watch Rudi create a boat out of bits retrieved from their motorhome lockers and then launch it and head out into the Firth of Thames looking for fish. 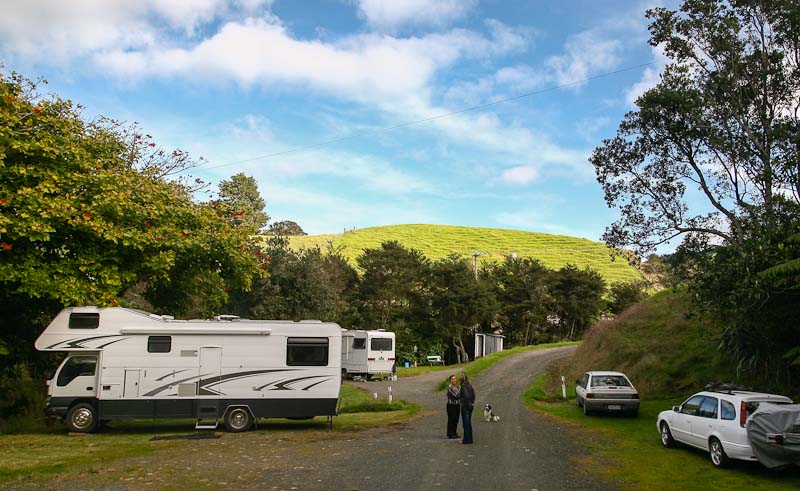 Parked up near Kaiaua

This entry was posted in Daily log and tagged Firth of Thames, Kaiaua, Miranda, Ray's Rest. Bookmark the permalink.