Catching Up With the Kaipara – Some of the Middle Bit

From Tawharanui we retraced our steps back West to Warkworth. The weather wasn’t much good but we resisted the temptation to stay put. We headed north to Wellsford and then turned west again, on SH16 briefly, then north towards Port Albert on the Kaipara Harbour.  Here we were able to stay on a farm, parked almost in front of the farm house. In between showers of rain and gusts of wind, we had a lovely view of green rolling pastures. We were still inside the Auckland boundary, but only just. 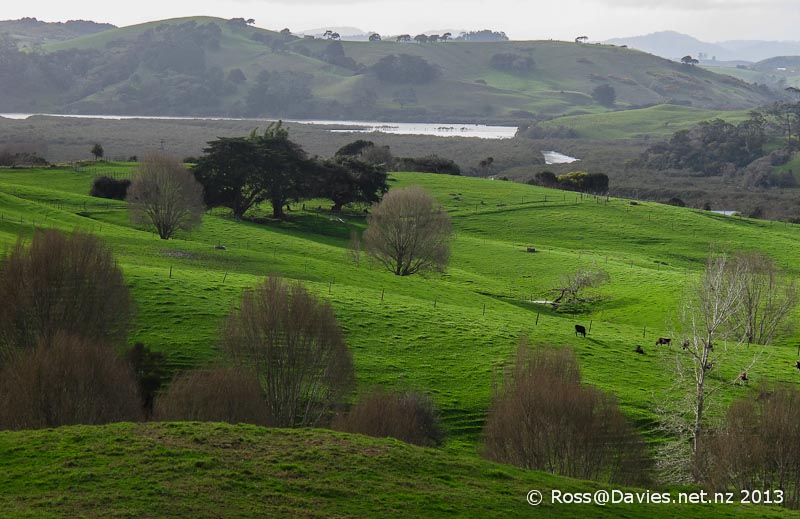 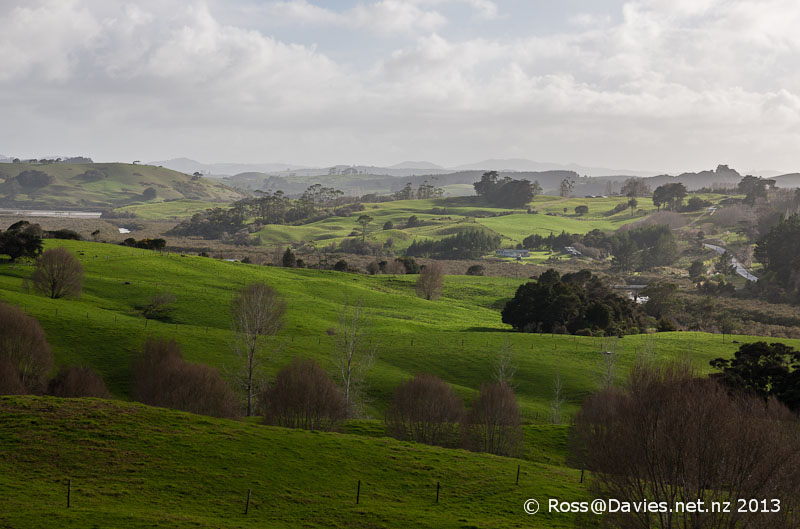 On the second day we headed out into the wind and rain showers. First to Atiu Creek Regional Park – another in the big chain of Regional Parks. This one is a work-in-progress, with plenty of potential. We braved the elements for a walk; down through a pine forest before climbing out the other side to the main ridge. It always feels more satisfying walking in a circle. 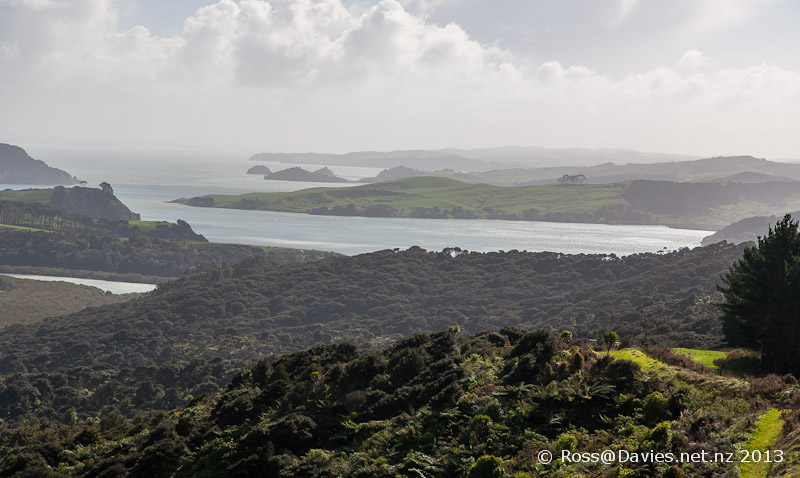 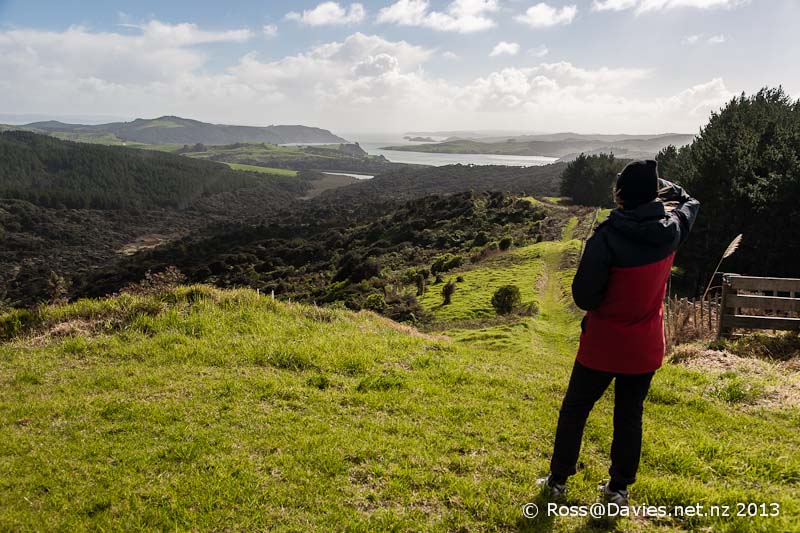 We’d received some directions from the people whose farm we were stopping on. So on the way back we visited the Minniesdale Chapel, a poignant little church and cemetery on a hill overlooking the Kaipara Harbour.  The Kaipara Harbour has a rich history; it was a very important waterway and link between Auckland and Northland. Overnight ferries ran from Helensville in the south end to Dargaville in the north. It is a big harbour. The shoreline is estimated at 800kms. Early settlers were promised land and freedom and prosperity at Port Albert. Thousands emigrated from Britain, enticed. The early arrivals found lots of swamp and dense bush.

With hard work and persistence, those who stayed drained the swamps and wrestled the forest into submission. Life must have been hard. Some who fell by the wayside are in the Minniesdale Cemetery just now. I found some information on another travel blog – link here. Their photos looked interesting, and certainly increased our determination to find the place. 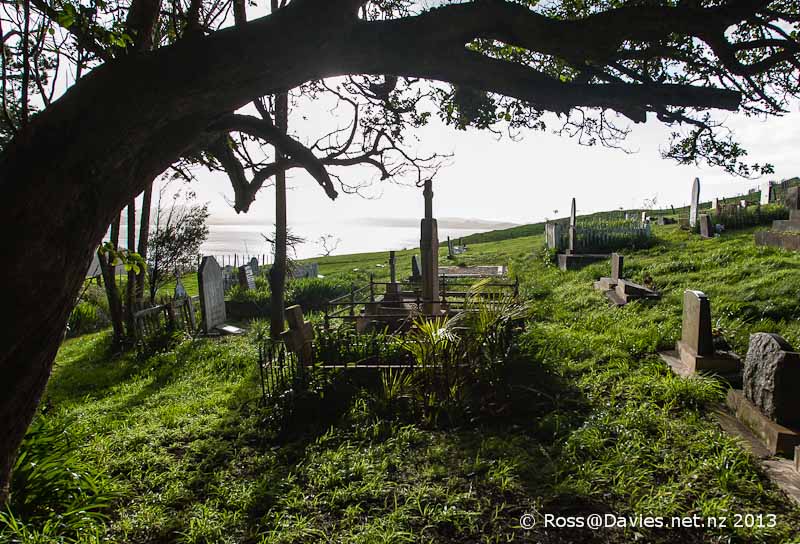 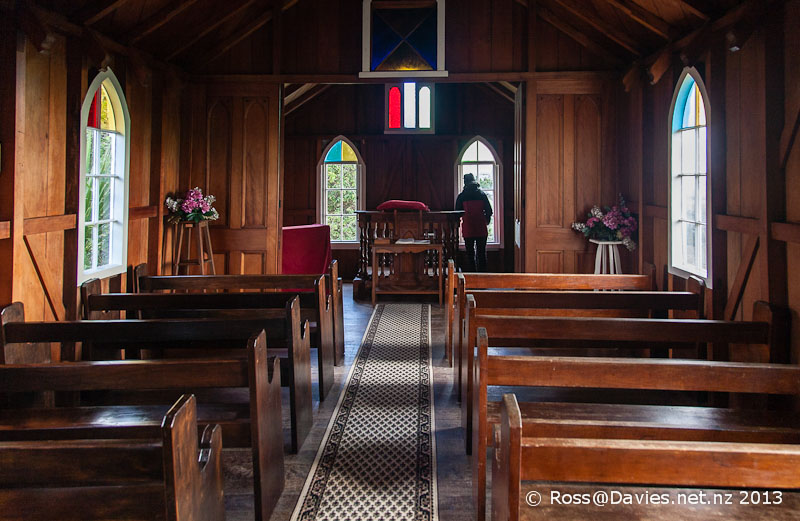 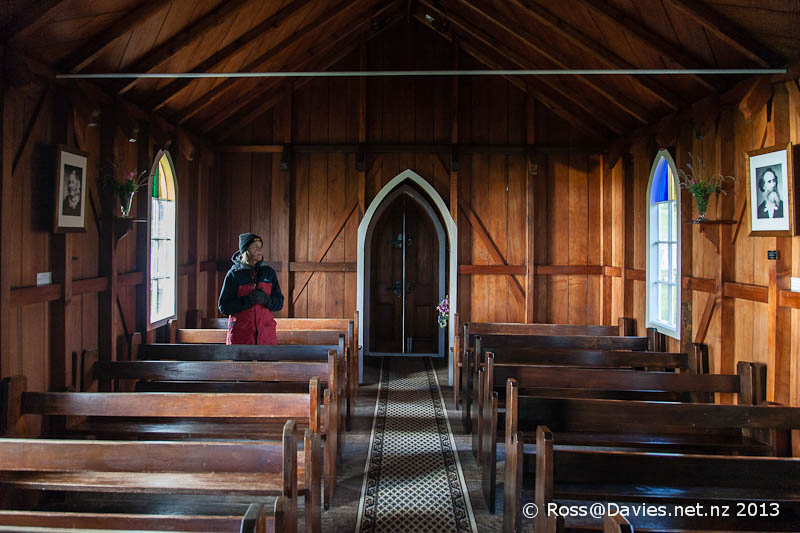 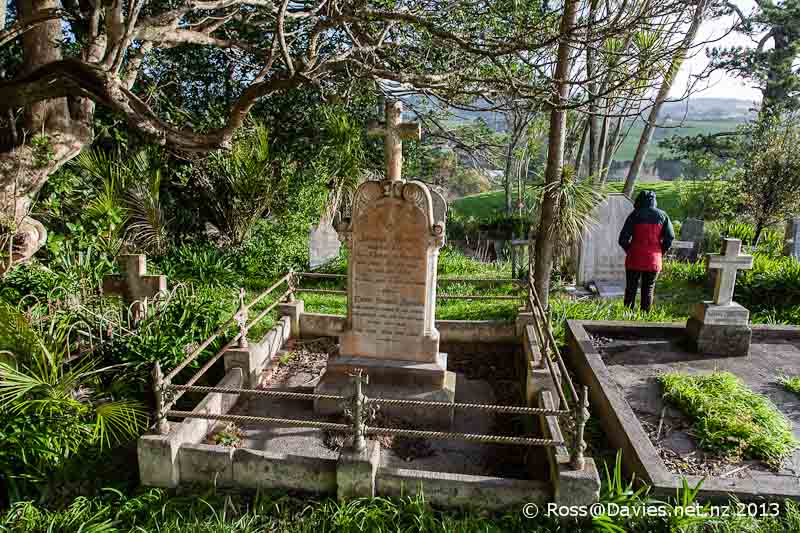 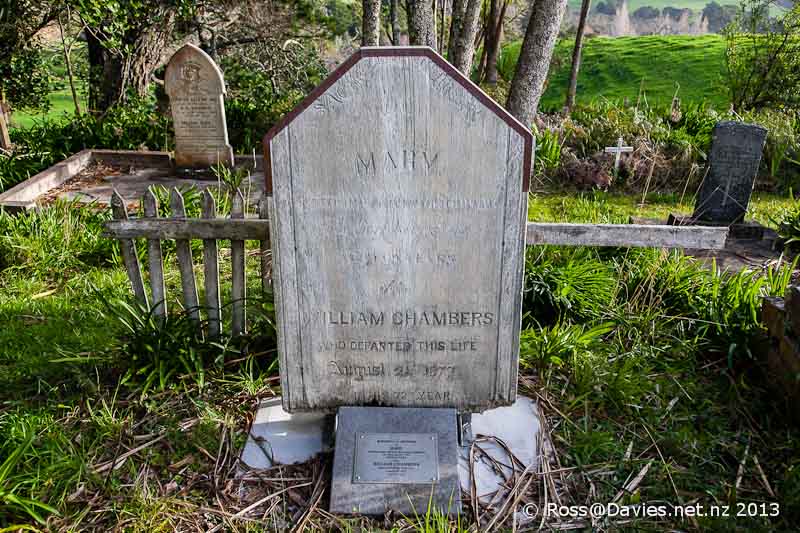 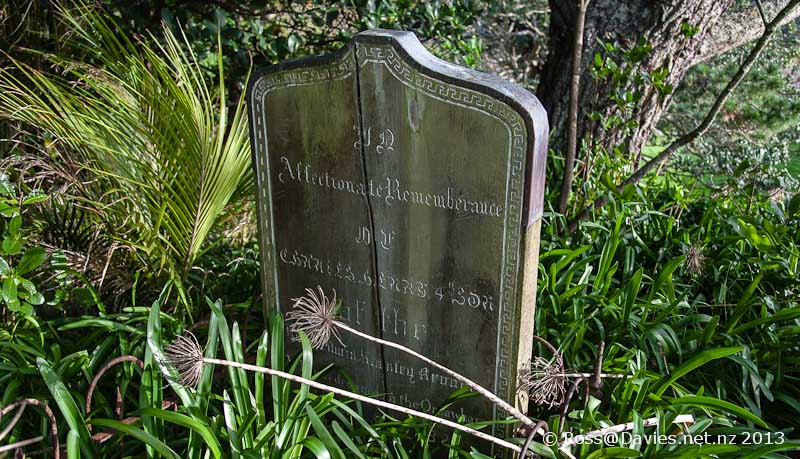 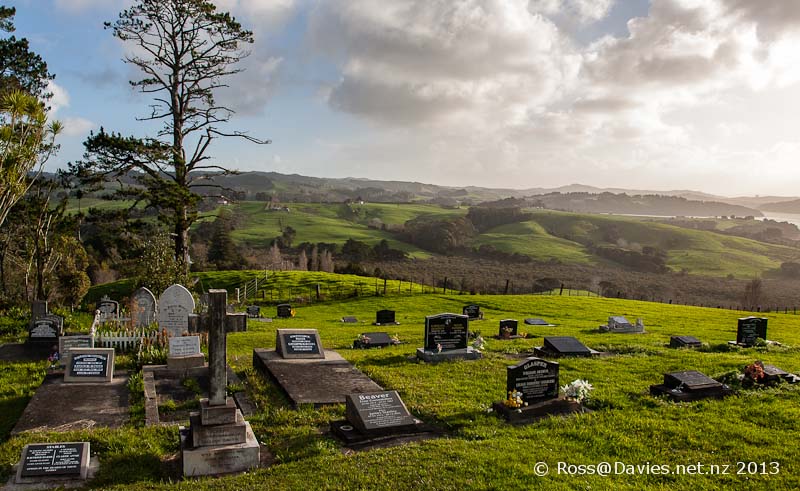 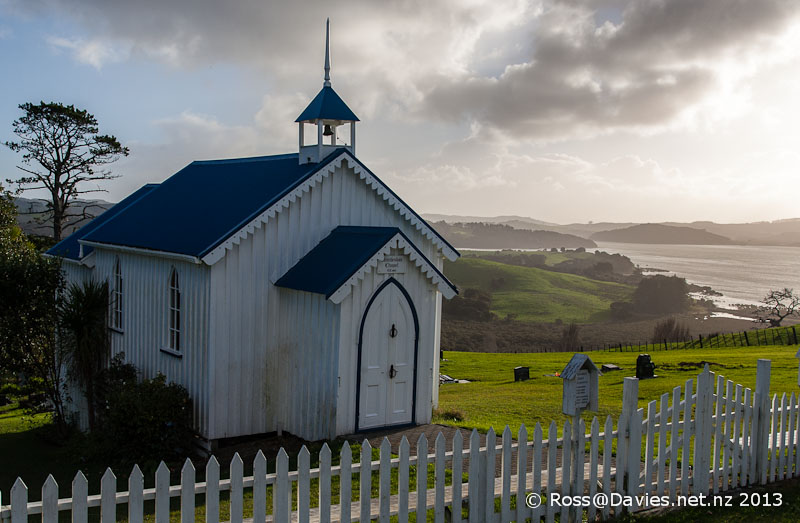 Eventually we continued on, for a quick look at what remains of Port Albert. Port Albert was expected to be the biggest settlement in New Zealand. There is almost nothing to see by now. Ironically it has just now been swallowed up by the advancing Auckland Super City. So when you think about it, it is now part of the largest settlement in New Zealand. Albeit 150 years later. 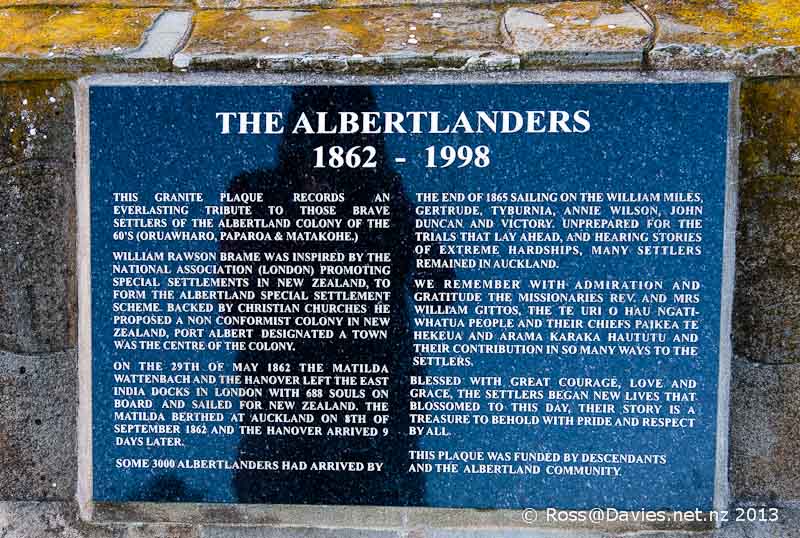 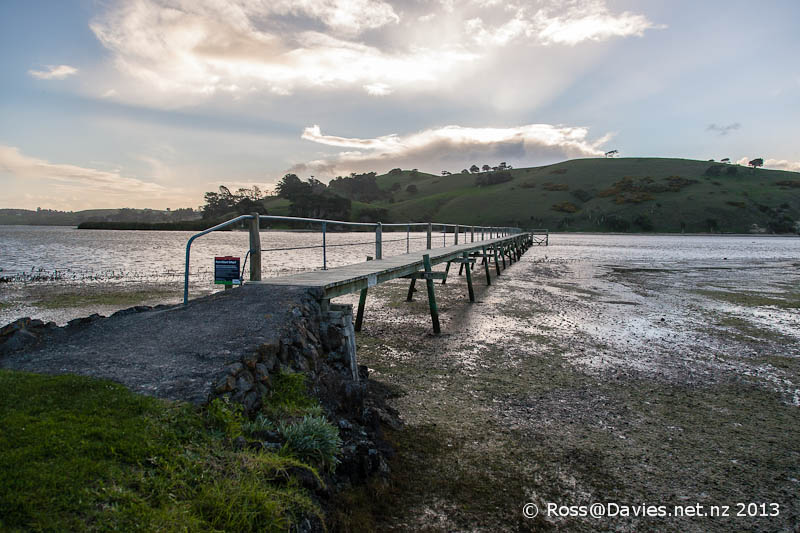 The next morning it was time for moving on, again. But not before once again enjoying our view of rural (pastoral?) New Zealand,  We left with our larder enlarged, such was the generosity of our hosts. 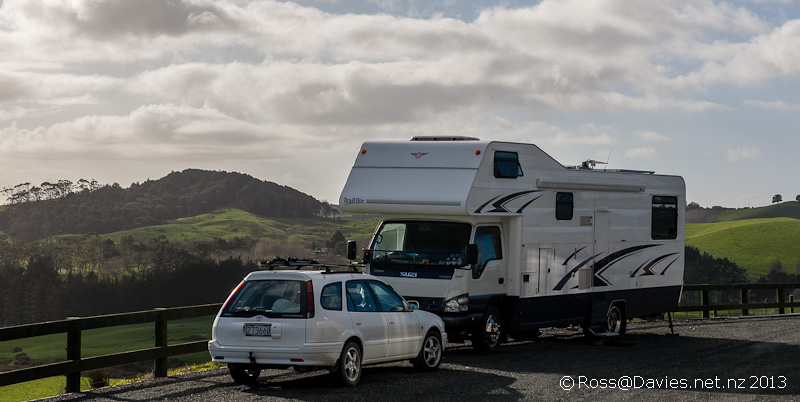 Suzi at Wharehine on Kaipara Harbour 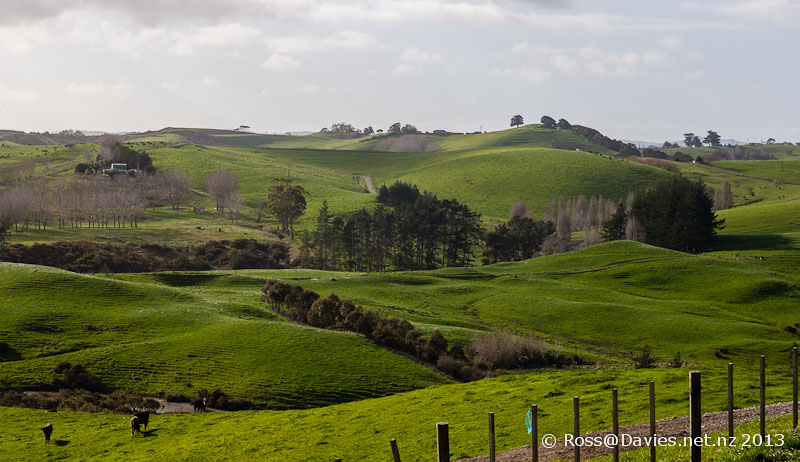