We were coming to the end of our allowed week at Shakespear Regional Park – way down the far end of the Whangaparaoa Peninsula on the north side of Auckland. Our last day was just beautiful. Warm and sunny and good. The Ranger had let us know about it being a tree planting day, where people can turn up and help plant trees. We thought that was a fine idea and a good way of giving a bit back in return for being able to enjoy such wonderful parks.

But first, I had one last date with one last sunrise. By now I’d figured out where to be, and the morning was a lovely one. And after that there was time for both of us to have a walk along the beach. 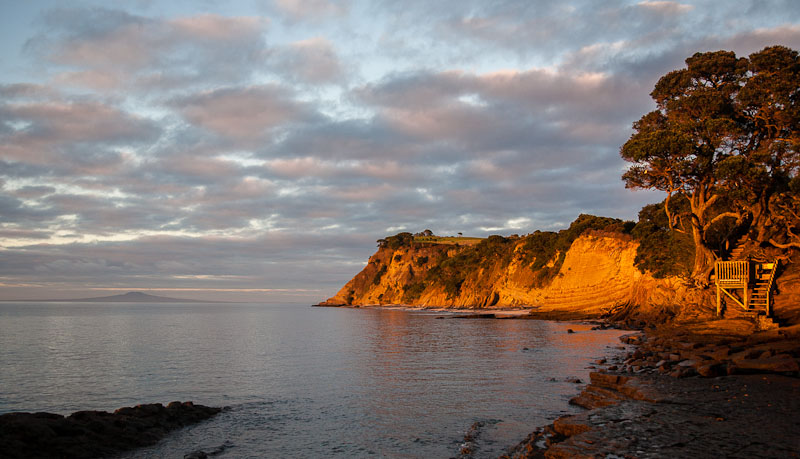 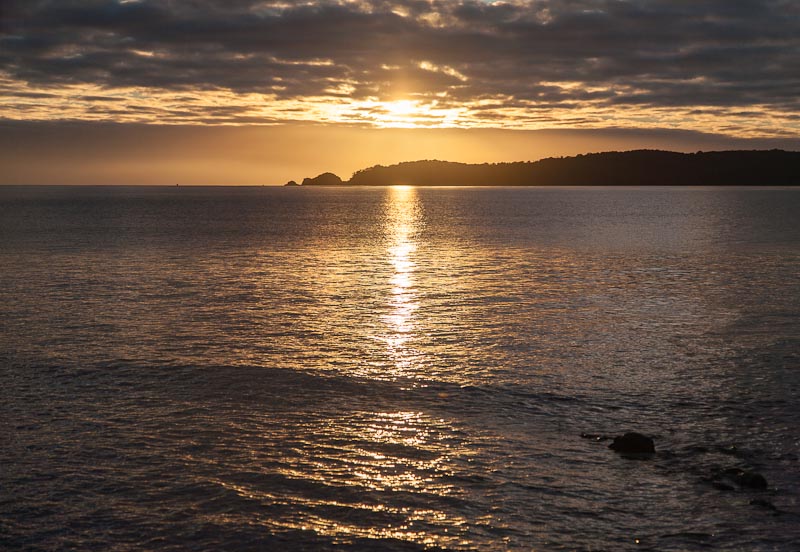 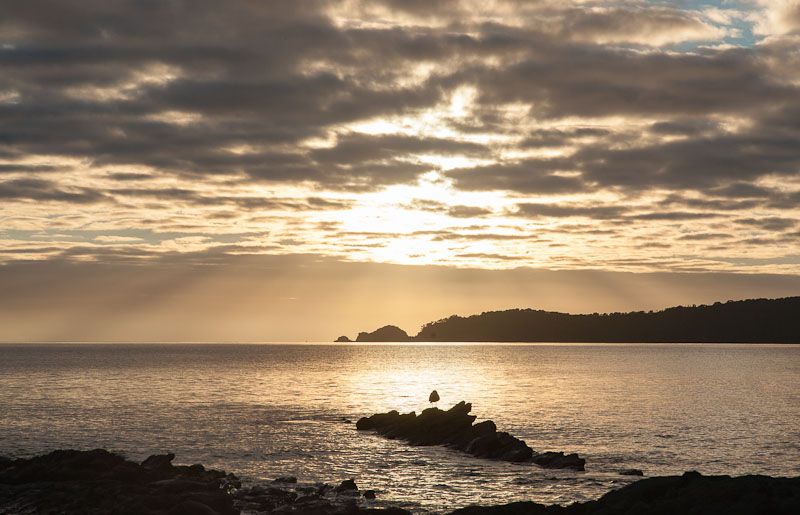 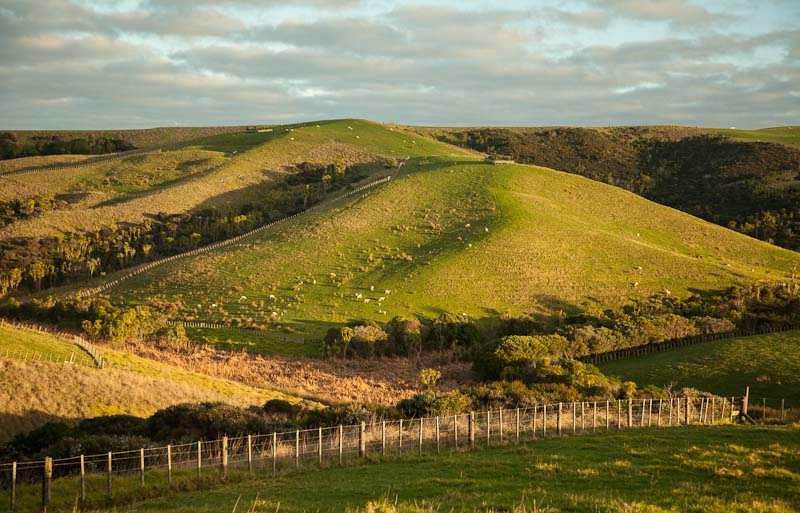 Early Morning Out on the Farm – Shakespear Regional Park Auckland 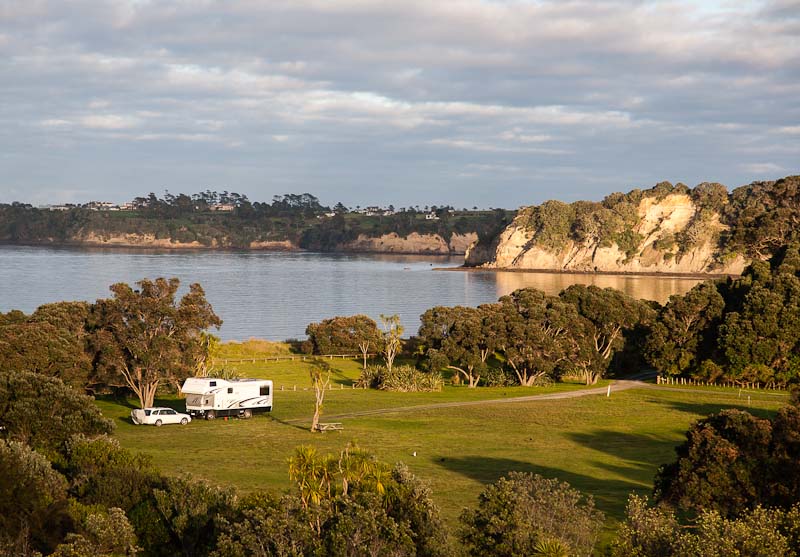 After all that, and breakfast, we headed off up the hill to the appointed tree-planting area. There were already a bunch of people there planting trees all over the hillside. It wasn’t long before we had our instructions and joined them. I was in charge of holes and Wyn was in charge of planting. It was fun. There is something very satisfying about making trees. There is already lots of signs around the parks of tree planting. We’ll be able to come back in a few years and see how our ones are progressing.

It was a gorgeous location, on a ridge overlooking the Hauraki Gulf. Which was virtually flat calm. It was warm enough to think it was a hot day – nice for July. There were over 150 adults and children involved in the planting – so there were a good number of trees planted. Afterwards there was a BBQ lunch provided – a nice reward for helping. Finally and a little wearily we wended our way back down the hill to our campground for our last night in this paradise. 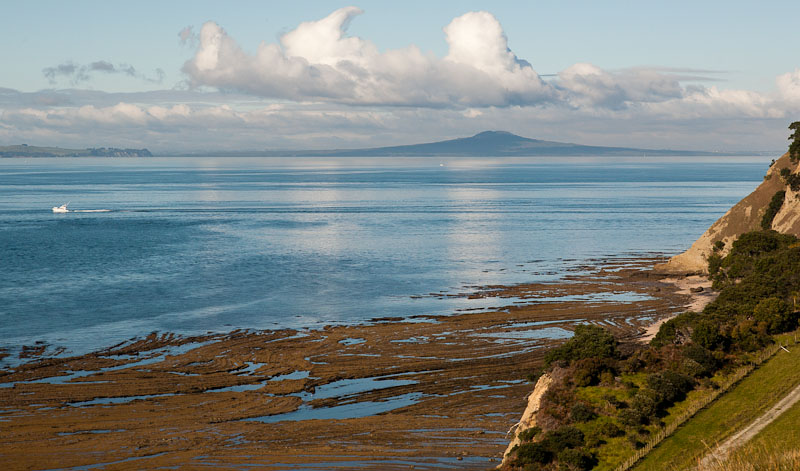 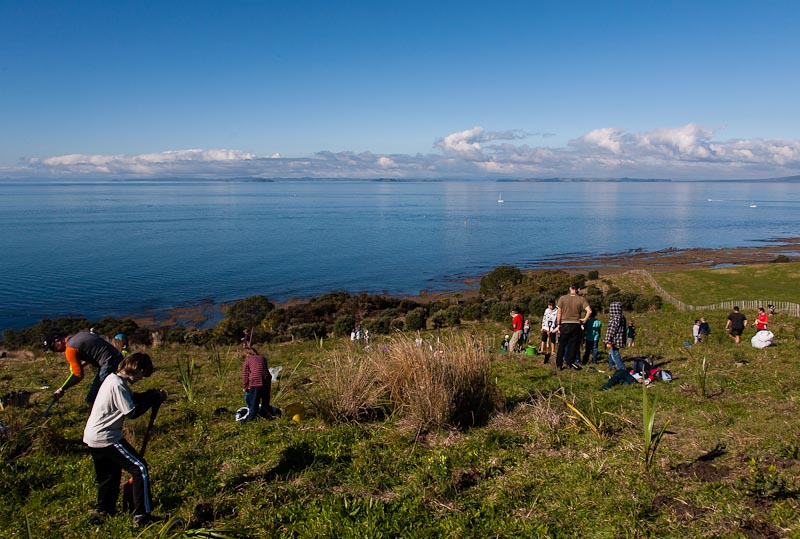 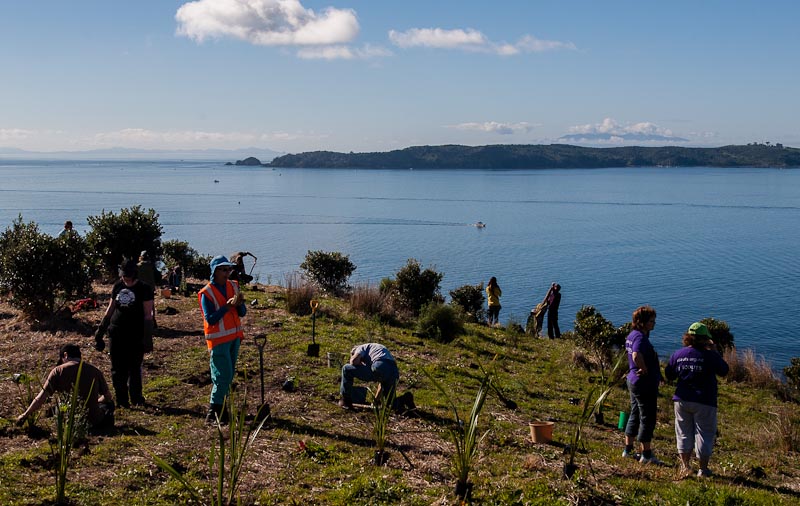 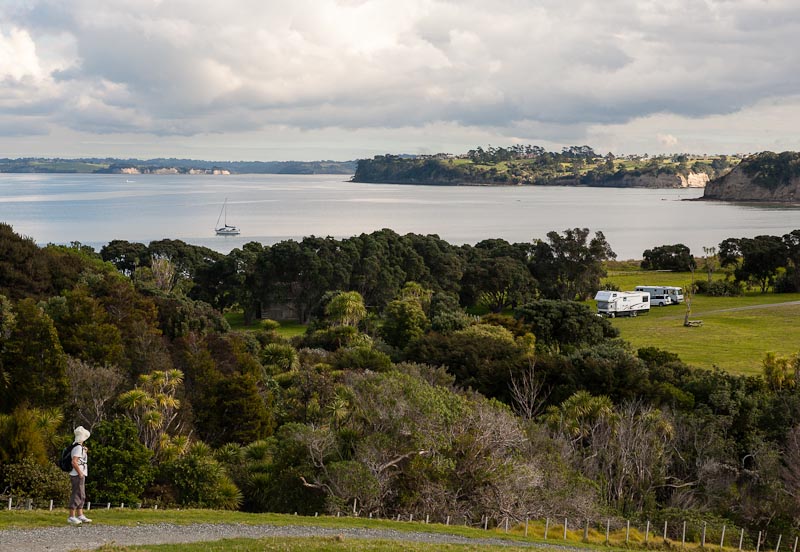