Fast Forward – All Over the Place

And that was about it. We’d spent five wonderful weeks touring the northern beaches of Auckland City. And never left the city. We’d taken advantage of the wonderful chain of Auckland Regional Parks on the eastern side. And explored a bit of the Kaipara Harbour on the western side. It seems inappropriate to call Auckland the City of Sails. What it really is is Auckland – City of Beaches. The coastline of the new Auckland supercity is huge, into the thousands of kilometres. Is there a city anywhere in the world with more coastline (and beaches?). And with more variety? Sheltered eastern beaches, wild western beaches and tidal harbour beaches. There must be hundreds and hundreds.

After five weeks we were kind-of beached-out. And almost ready to return to Big Auckland. From Shelly Beach on the Kaipara we headed south through Parakai (and caught up with my cousin) and back into Big Auckland and across to Milford/Takapuna to catch up with a couple of Wyn’s cousins. Then on south over the bridge and out to Mangere Bridge at the Ambury Regional Farm Park. We managed to visit a couple of my cousins and my uncle before leaving Suzi motorhome at Pukekohe for some maintenance while we dashed back to Mangere and flew out to Dunedin.

We had a wonderful and busy week down south to Dunedin, starting with my tramping club 90th Anniversary weekend. Plus a couple of chances to catch up with my three children and  four siblings and old friends. And tackle a couple of days garden maintenance. Wonderful – and busy.

Then we flew back to Auckland and headed south in Suzi – South for the summer. We zoomed south to Waiouru where we stayed the night and enjoyed a visit from Wyn’s niece for tea. Next morning the dusting of snow on the hills almost reached down to Waiouru. 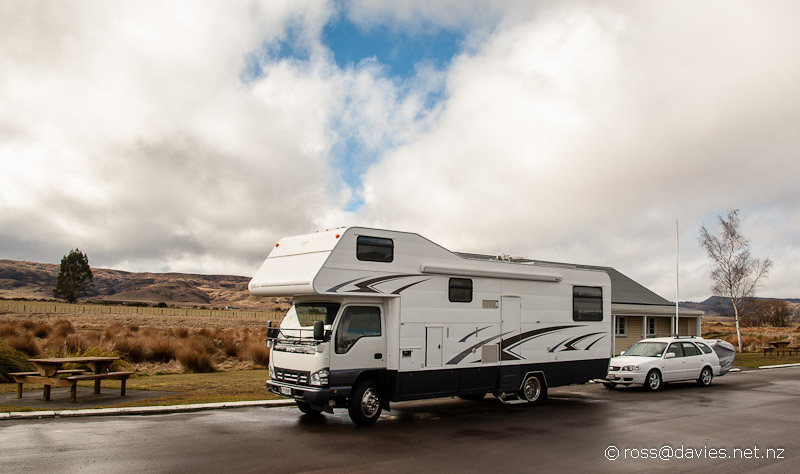 We continued south towards Marton. I misjudged a railway level crossing just south of Maungaweka. I thought it was level. It wasn’t. It was at the foot of a hill and I was keeping the speed up. It wasn’t the only thing up. Suzi was darn near airborne and my full cup of tea in the dashboard cup holder definitely was up. That part was OK. But then it came down and burst all over the floor.  What a flood! We pulled off the road at the top of the hill to clean up. We had tea dripping out both sides of the cab. Luckily we’d never got around to getting any sort of nice mats for the cab so it was all just plastic floor. And we’d always meant to stop there to check out the viewpoint. So that was good too. 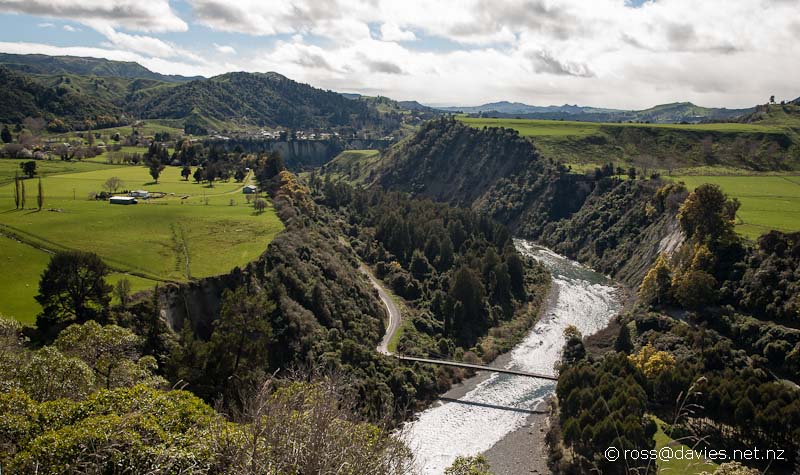 We  carried on south and spent the night with Wyn’s brother.  And then south again the following afternoon to spend another night at Petone. We were up early for a ferry to Picton and on to Blenheim. We had a day and a half to let our heads catch up with our bodies – well that’s how mine feels. Then it was time to start some more motel minding. So here we are, working again, and not a beach in sight. But lots of lovely memories and a new respect for Auckland.  It was great while it lasted…