Having passed up on one day when the weather didn’t seem as bad as was predicted, we headed off the next day in search of the sun and the South Head of Kaipara Harbour. Back in the winter of 2009 we’d made it to the northern side of the Kaipara Harbour entrance and walked to the Poutu Lighthouse. The Kaipara Harbour is huge and the Kaipara Harbour entrance is huge. The tidal flow is huge and so is the number of ships wrecked coming or going in the earlier days. What is very small is the amount of information on South Head – walks, access or anything. The best we found was a blog (Stranger in a Strange Land) which we understood better after we’d been there. It is that sort of place. You don’t feel welcome. You don’t feel unwelcome. It’s just like nobody really cares.

In contrast to the previous day when the weather wasn’t as bad as predicted, this day turned out not as good as predicted. It was one of those sorts of days where it always looked on the verge of the clouds clearing away and the sun coming out – but never really managed it.

Thanks to the blog info, and tide times, we headed for Mosquito Bay first. This is directly south of South Head, and as far north as the public road goes. The walk down to the bay is steep, and direct. It’d be tricky when it was wet at all. With the tide mostly out we were able to walk north along the coastline but it was obvious that South Head was a long way north and access was unlikely around the coast. 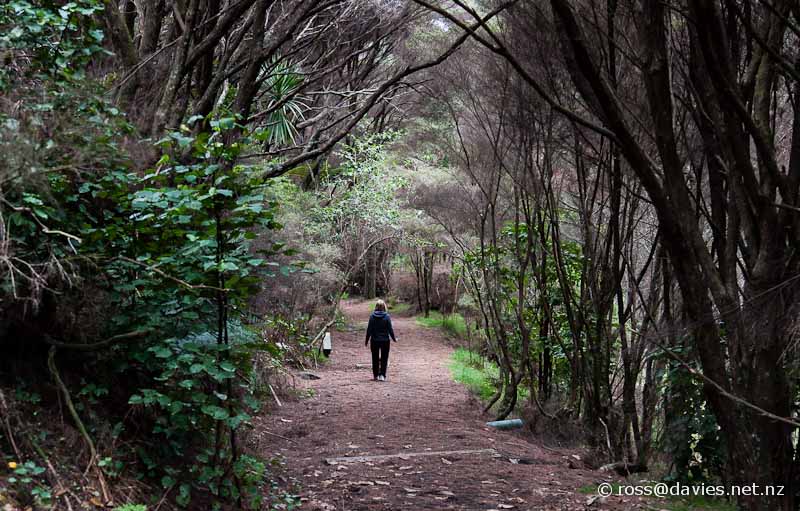 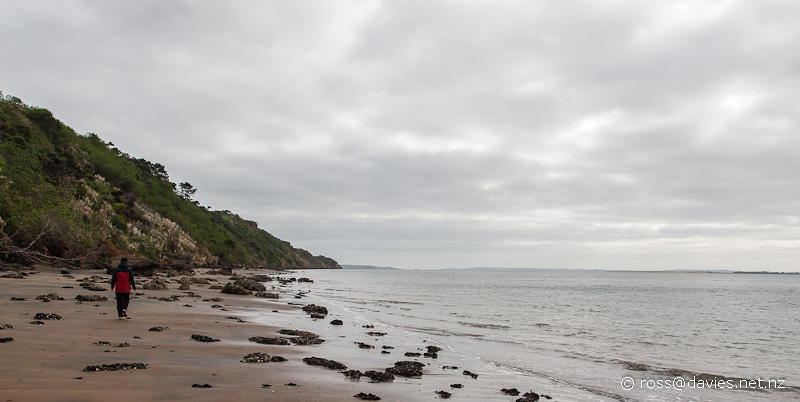 Mosquito Bay South Head Kaipara Harbour – as far as we got towards South Head. 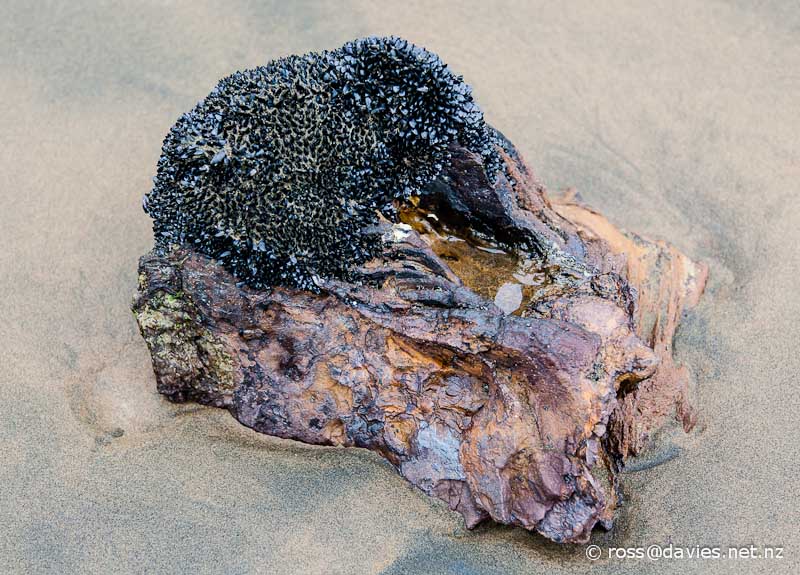 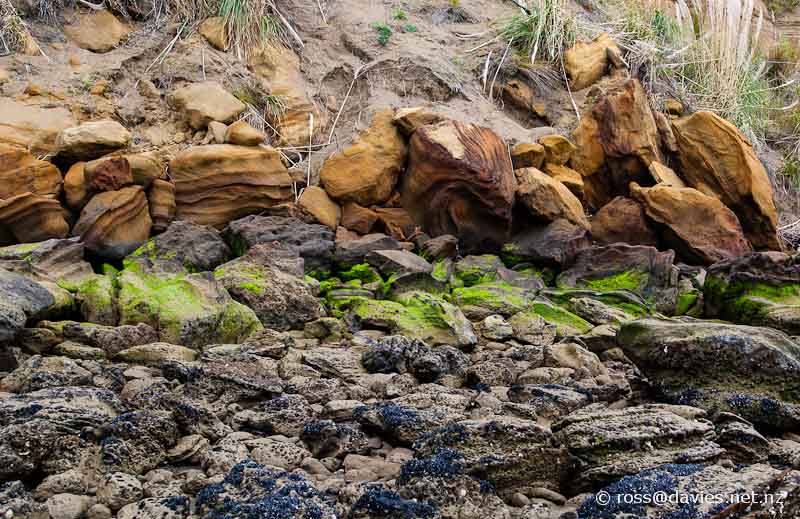 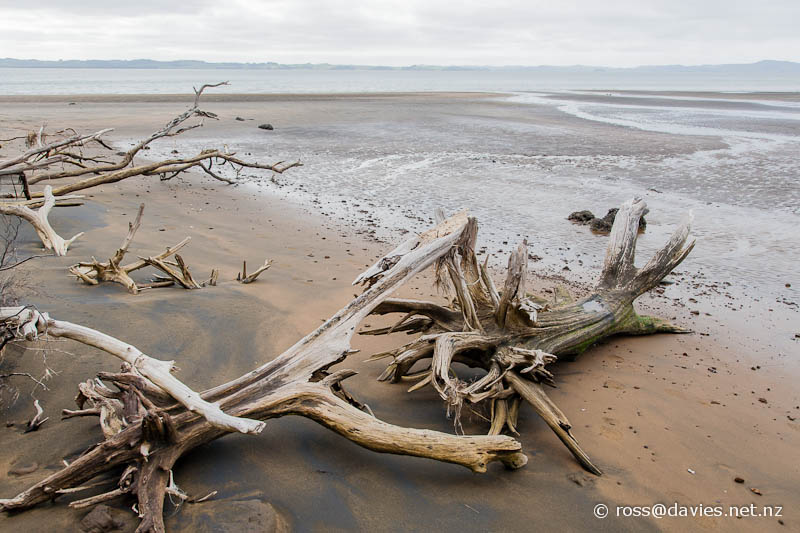 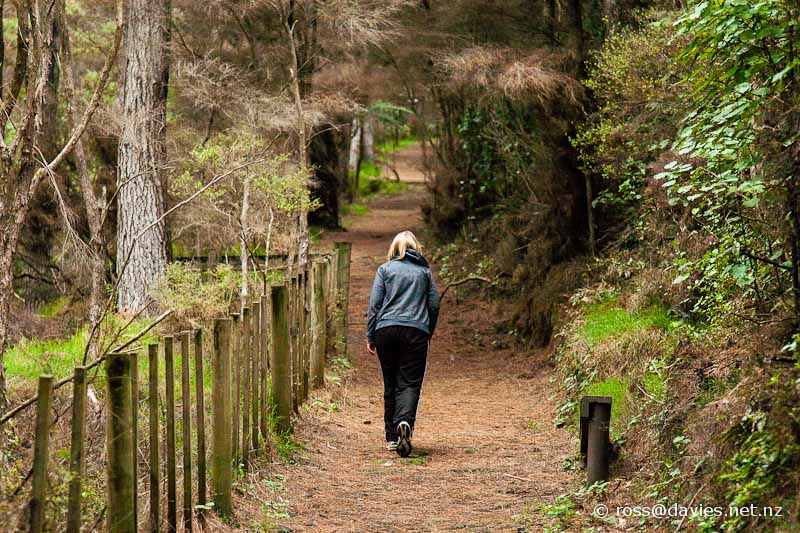 Mosquito Bay was nice enough, and worth the walk down and up again. And maybe it’d be nicer when the sun is shining. But somehow this day it just seemed like a dead end. We backtracked a bit and tried to find our way towards the Waionui Inlet, a prominent feature of the top of South Head peninsula. There weren’t any signs indicated where to go. And lots of signs indicating where not to go. We headed through the pine forest – the top end of the Woodhill Forest which stretches all the way down the coast to Muriwai Beach.

Public access is legal/allowed to Waionui Inlet and this access fringes a Ministry of Defence bombing range which wasn’t in use by any bombers. (And I wonder if we have any bombing capability left these days?) Apparently you know when it is being used because they put a red flag up at the gate. I’m not sure which gate, and obviously it is important that you already know the significance of the flag!

We found the end of the forest and the start of the sand/mangroves. So we walked, vaguely east towards where South Head might have been. We got excited when we realised that we could see north across the harbour entrance to Poutu Point and the lighthouse we’d visited in 2009. Sort of joining up a couple of our dots.  Eventually we stopped walking when we realised we weren’t going to get anywhere near South Head, and headed back to the car. All a bit vague. South Head is like that. Maybe nobody has ever quite actually found the real South Head? 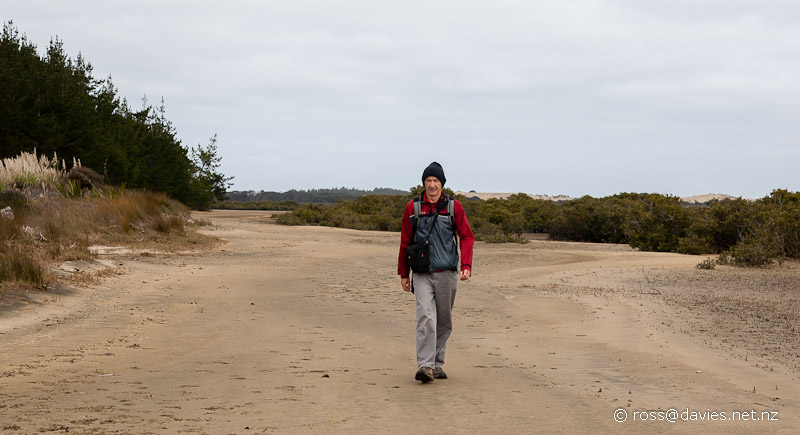 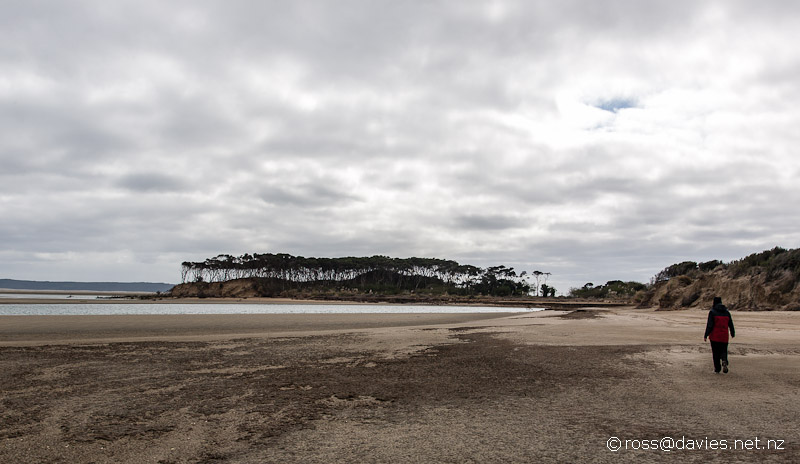 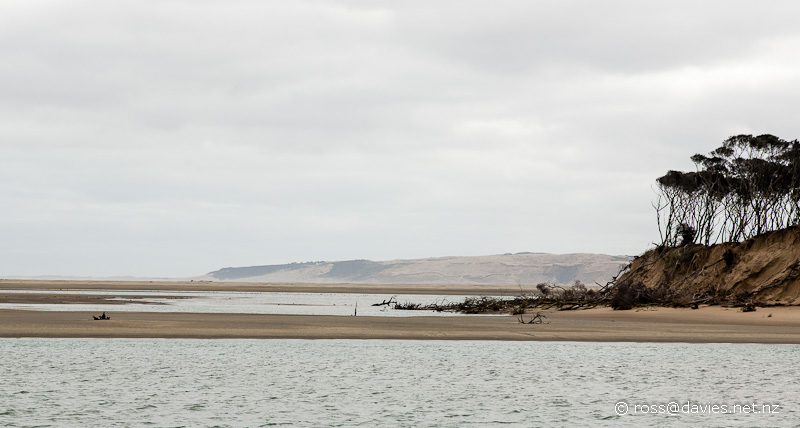 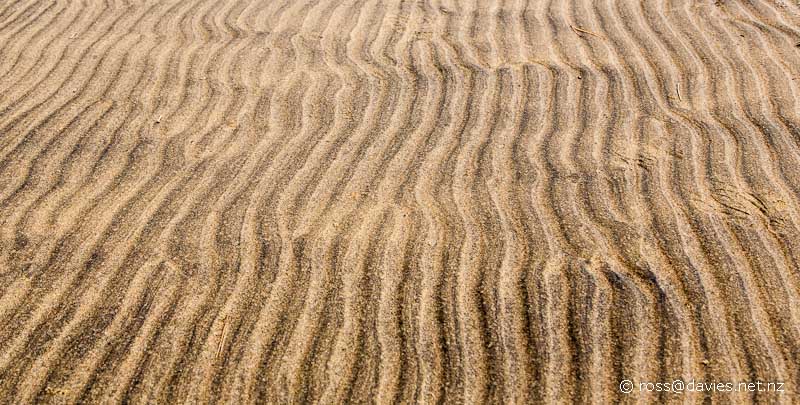 We felt satisfied that we’d got as far north as we could go, and so headed back south towards Shelly Beach. On the way we went looking for the larger of the lakes on the peninsula. Lake Ototoa. This is about as vague as the rest of the place. It’s actually a spelling mistake. It used to be Lake Rototoa and someone mis-spelled it and dropped the R. So now it’s Lake Ototoa. Which is never going to make any sense and always have to be explained. I hope there is a very good reason why they didn’t just correct the spelling. You can’t even see most of the lake and there’s no walking track. At this point further exploring just seemed too much like hard work so we went home to Suzi at Shelly Beach. 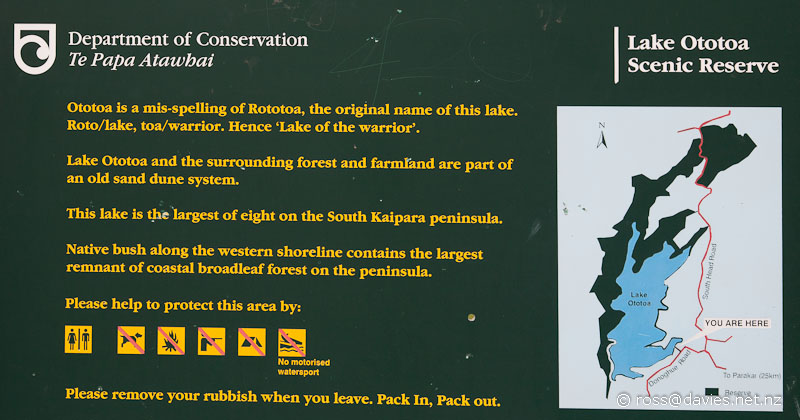 4 Responses to In Search of South Head – Kaipara Harbour