On The Road Again – Sojourn In The Sounds

We got away from work and Blenheim last week. We saddled up Suzi motorhome and headed down the Sounds. Even though going to Marlborough Sounds involves going north, it’s always terms as doing “down” the Sounds. I wonder why. The weather forecast wasn’t much good, but we went anyway. It was just good to be getting away.

We didn’t get away until late in the day but it’s not far to get to the first bits of the Sounds. We headed to Havelock and then over the hill to Linkwater. Even this first part of the Queen Charlotte Drive has some good corners for A-framing the car. At Linkwater you turn off north, past signs saying no more fuel. In fact, there’s not a lot of anything from there on. You can get a beer, and a coffee; other than that you’re on you own. Which is what is special about the Sounds.

Over another hill with lots of corners the road descends to Mahau Sound and Ohingaroa Bay. We are allowed to park up beside the bay and so we did, joining a couple of others. It was time to disconnect the car and disconnect ourselves. And relax. 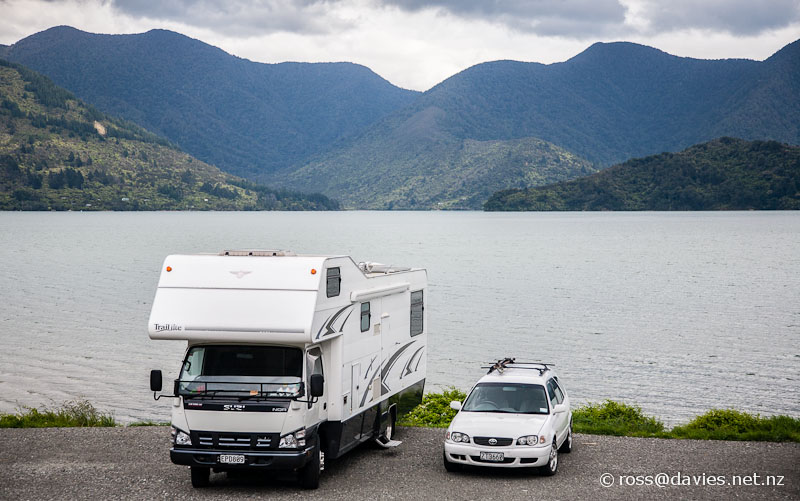 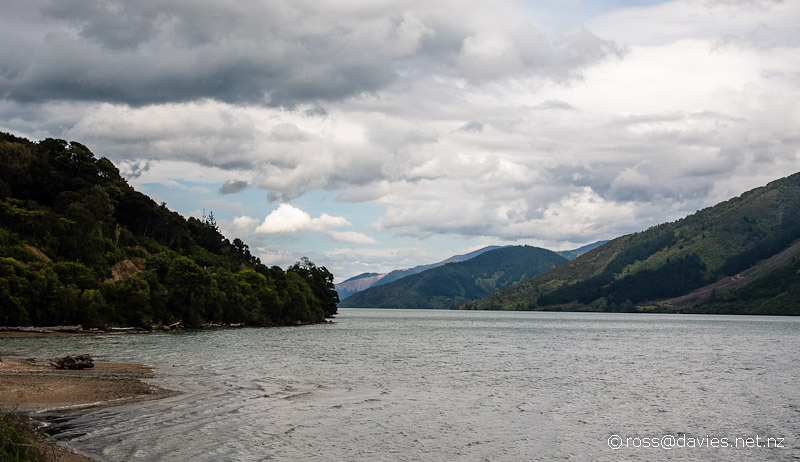