Cowshed Bay does seem to be an awful name for a beautiful bay down Kenepuru Sound. It’s a DOC camp just before the Portage Hotel. DOC in this case is the abbreviation for Department Overlooks Cleaning. (More on that shortly.) With the day worsening and the forecast for rain we headed on from Ohingaroa Bay where we’d stayed the night.

I’d heard that National Radio was featuring Canadian musician M Ward that morning after the 11am news, so was somewhat more enthusiastic with my driving of Suzi truck. M Ward was a hero of my son Andrew and I was keen to hear his music. Wyn went ahead in the car and I arrived not far behind. Wyn had grabbed a suitable parking spot and I zoomed on in. Then it was up with the satellite dish and on with the radio – National Radio comes via Freeview for us in the outback. It was great to catch the show – I could see why Andrew admired him.

After that we settled down and settled in. As did the rain. This did nothing to improve the ambiance of the camp which resembled an industrial site. Since our last visit before Easter they’d constructed great new toilet blocks and lovely cooking/sitting areas for campers. And were still landscaping although it was hard to tell what the plan was. Mostly they seem to have improved the facilities and reduced the area for actual campers. Plus it was a disappointment that the lovely new toilets had no paper and obviously hadn’t been cleaned for some time. They were dirtier than most of the long-drops we’ve encountered around the country. 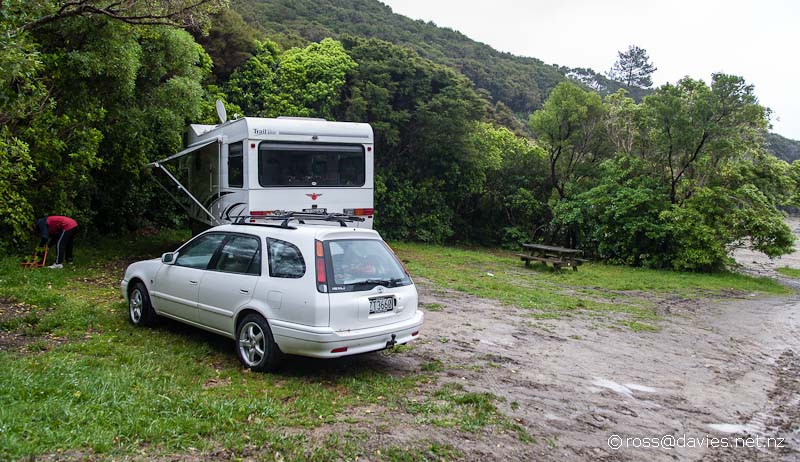 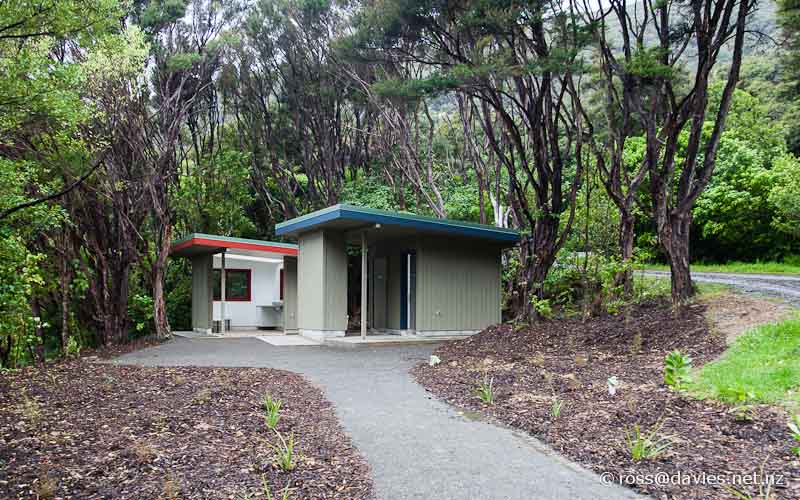 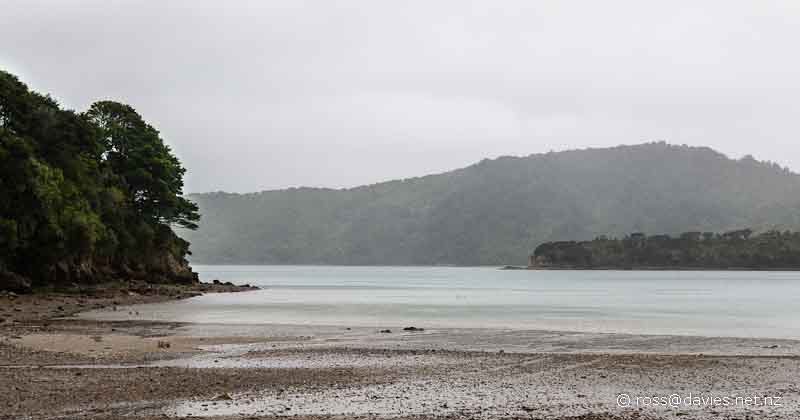 On previous stays there we’ve become attached to the resident duck population and have come to dislike the breeding habits of male ducks. This time Mrs Duck had seven very fluffy very cute very little ducklings in tow. They scuttled and cheeped along behind her as she bustled about the camp, managing to stay close behind. We have a policy of not feeding any of the wildlife but this time what with a bit of bread being moldy and it was wet and the ducklings were so small I couldn’t help myself throwing some their way.

A weka was hanging around as well, making a nuisance of itself as usual. I made sure I threw some bread to distract it and continued feeding the ducks. Suddenly the weka dived into the middle of the ducks, I thought to grab some food. Instead it emerged with a duckling in it’s mouth and hurtled off into the bushes. I couldn’t believe what I was watching but reacted and tried to chase it in the hope of getting it to drop the duckling. Another camper saw the situation from afar and came to help but we were unable to corner it in the bushes and it got away and never gave up the duckling.

I was mortified and blamed myself for distracting the ducks and setting up the ducklingnapping. But I came to see that Mrs Duck either didn’t realise what happened or was resigned to it so I took my lead from her. She got on with looking after her six remaining ducklings. Next day she was down to five. I think the wekas have gone bad and regularly prey on the ducklings. I guess it’s the way of the wild but I’d prefer it didn’t happen on my watch. 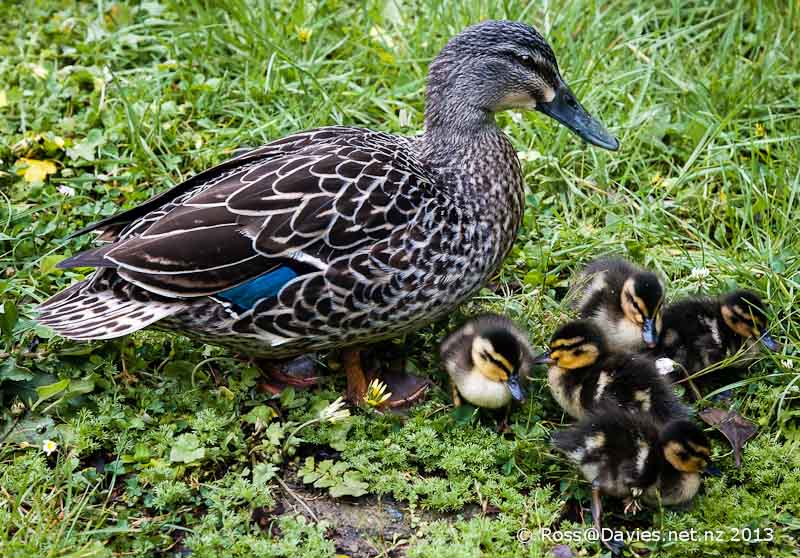 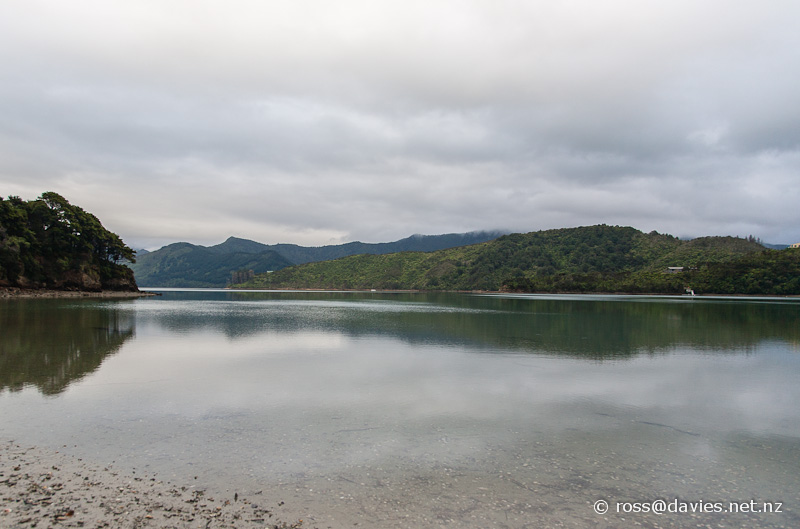 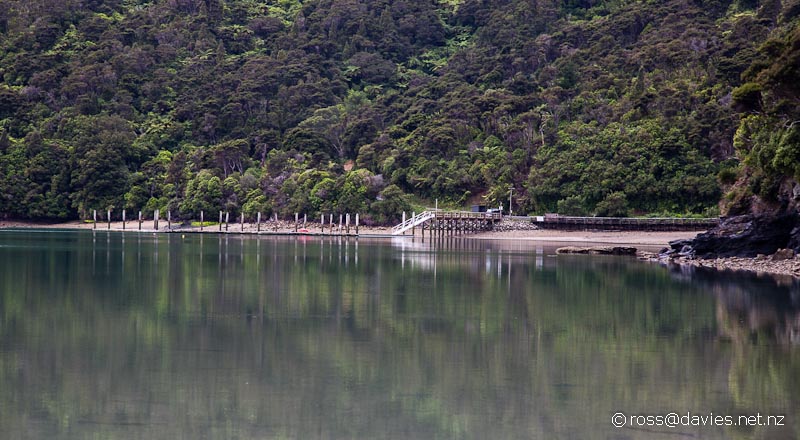 We did manage a couple of walks in between showers of rain around to the Portage Hotel and up to Torea Saddle and we even managed to resist the temptations of the Hotel.