The fine February weather continued at Totaranui. Next morning was just glorious. Down the beach was the place to be at 7am. Calm and clear. Waves measured in millimetres. No early-morning swim this time – just a stroll… 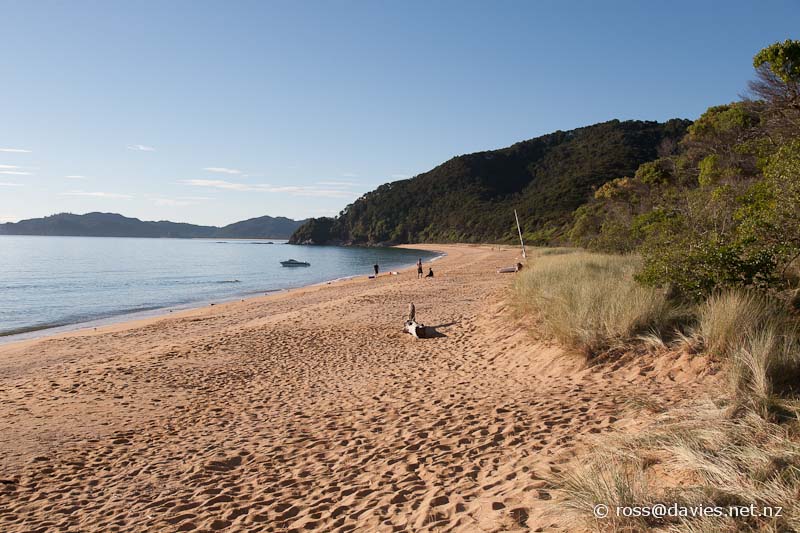 Totaranui Beach – I’m not the only one up early.

After a while or two, we decided a walk would be good. South is the Abel Tasman Track. North is the northern extension of the Abel Tasman Track. Back in 2006 we had boated in to Mutton Cove several bays north of Totaranui on that track and camped there for a few idyllic days. We’d walked a few walks and then boated out again. Seven years on we headed off north from Totaranui. The track skirts the estuary and then climbs through the bush over a saddle before descending to the coast on the other side. 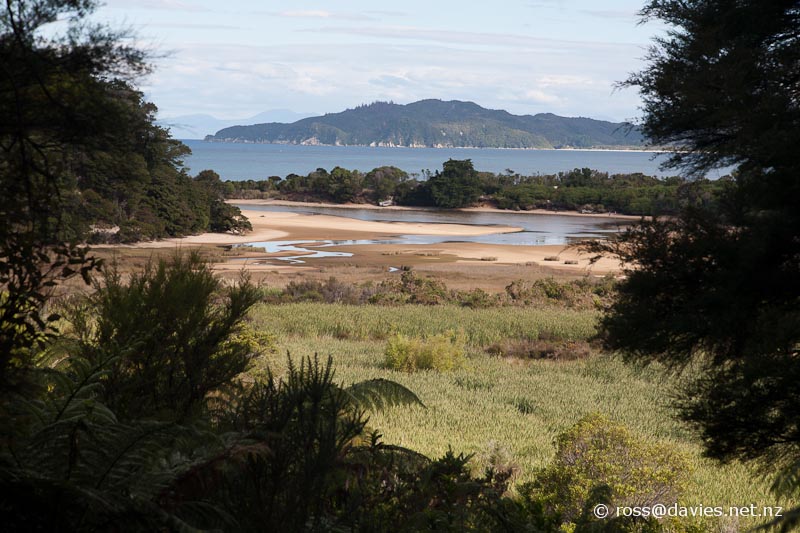 Totaranui Estuary, Awaroa Head beyond  that, and the hills north of Nelson in the far distance. 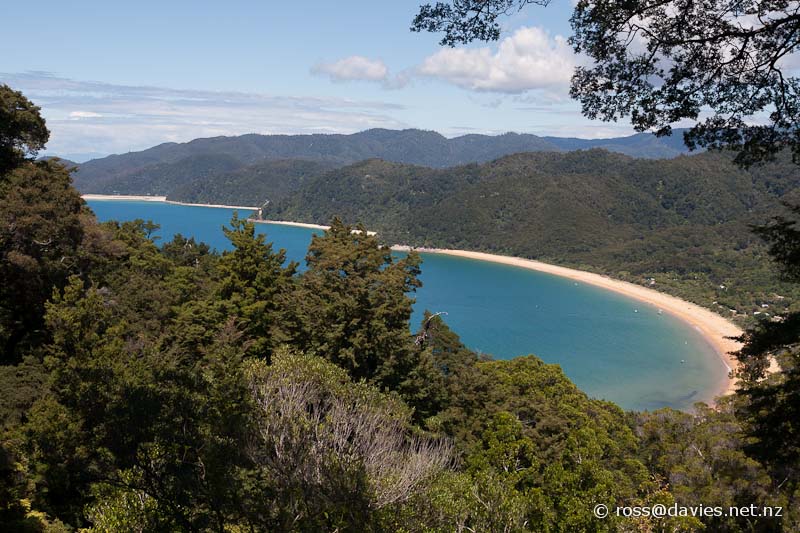 Totaranui Beach below and Awaroa Beach in the distance. 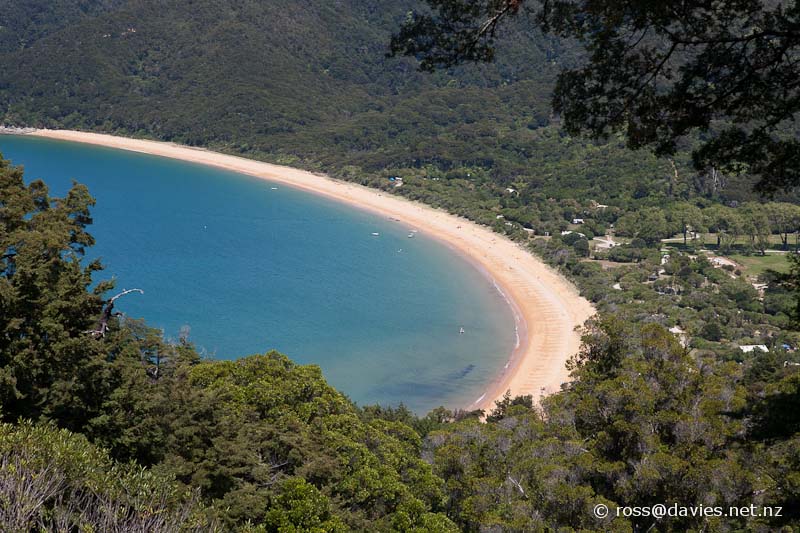 The perfect crescent of Totaranui Beach; there’s a camp with a capacity of over 800 people down there.

The track descends steeply to Anapai Bay; a broader and whiter sweep of beach. At the far end are some interesting rock formations. There seemed a familiarity about them, in a deja vu sort of way. We enjoyed some sitting and swimming; then reluctantly started back over the hill to Totaranui. 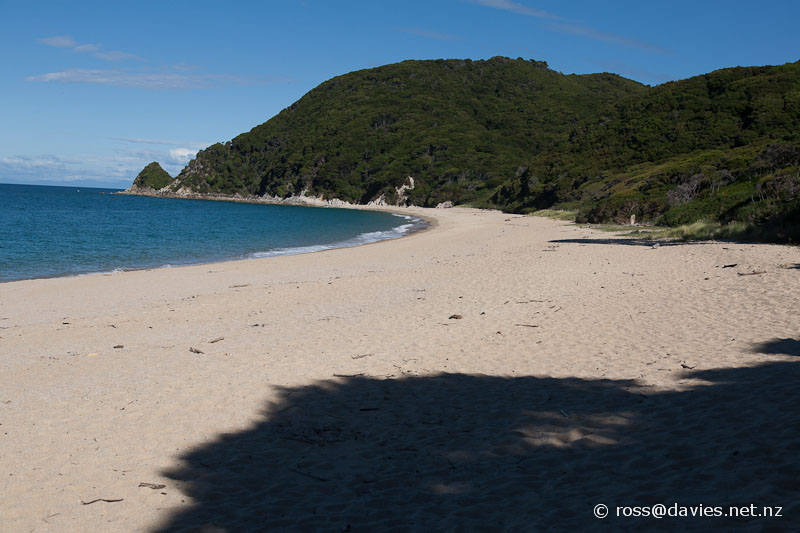 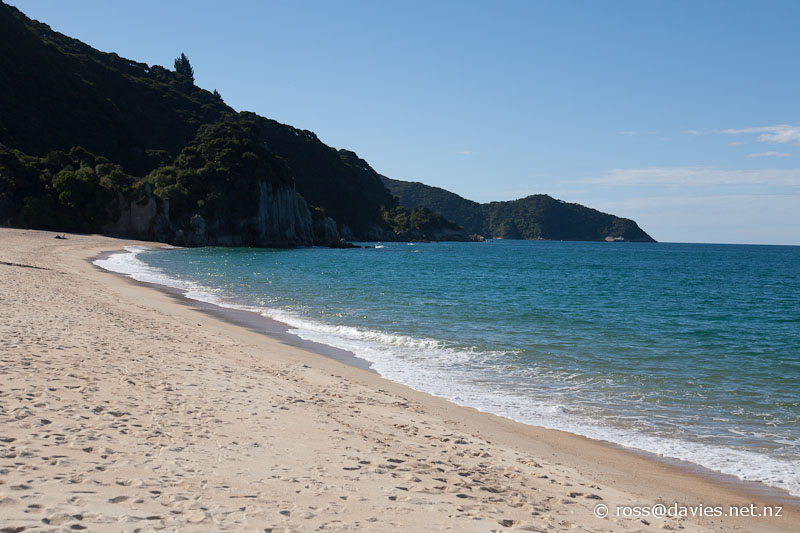 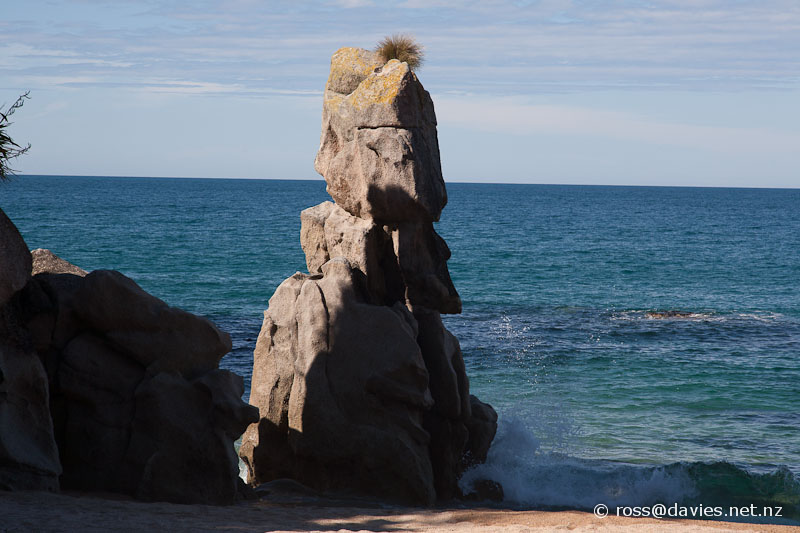 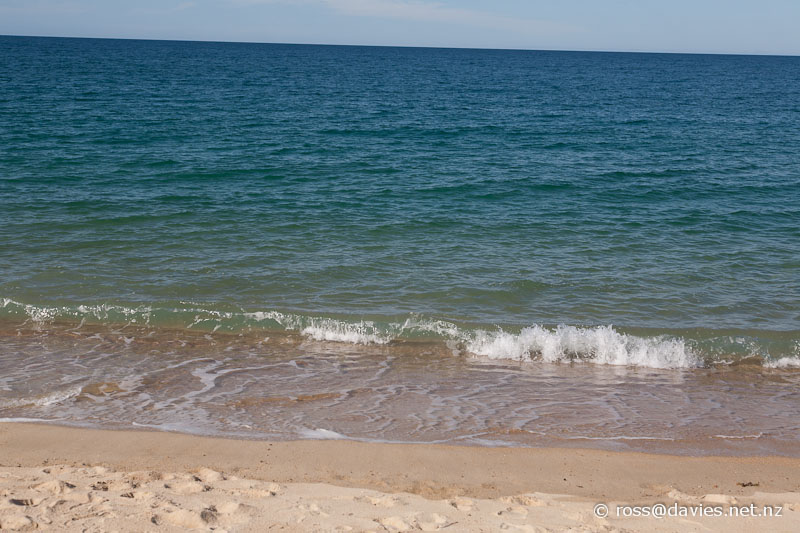 That night I had a look back through the photos of our trip to Mutton Cove in December 2006 and found an almost identical photo of the rock formation at the north end of Anapai Bay. So we had been here before, seven years before. We’d joined up some dots. 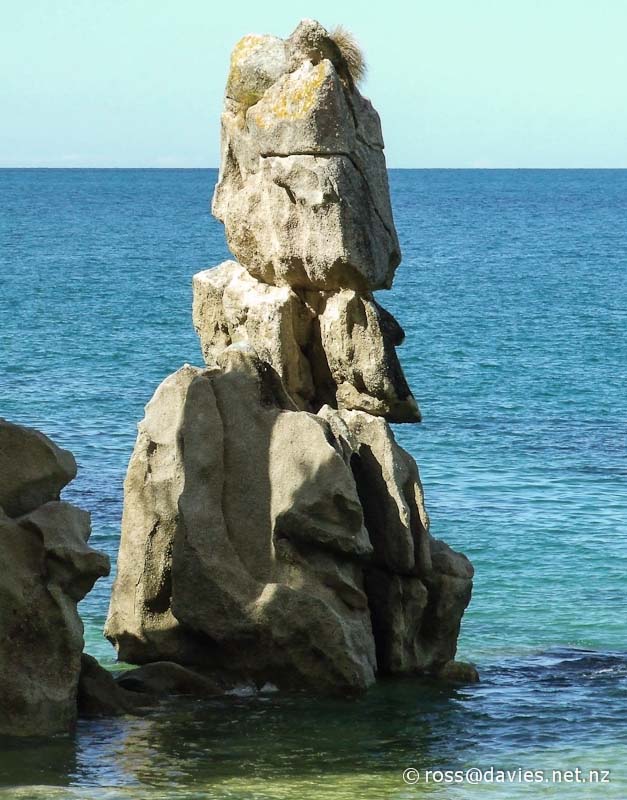 2 Responses to Joining Up The Dots – Abel Tasman National Park