After our first sunny-and-windy day at Totaranui DoC camp and golden beach, it rained. It started (as foretold) later on that first day, and rained most of the second day. This was mostly good because it encouraged us to do nothing. And rain on the (aluminium) motorhome roof is great for encouraging sleep. By the third morning it had stopped raining, and stopped blowing, and it was foretold that it would clear up and be a nice day. So at 8 oçlock I wandered over to the sea to see what I could see. 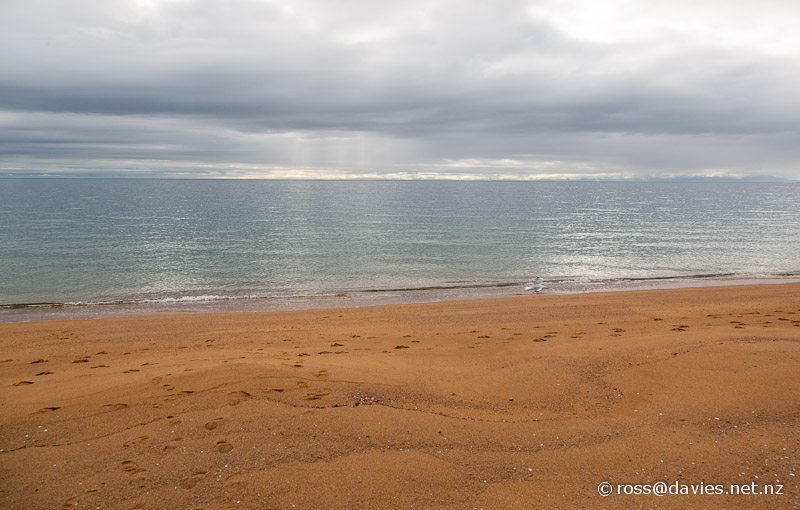 What I saw was that it was a lovely calm morning and the water didn’t feel that cold – it was probably a relativity thing. So I zoomed back and sold Wyn on a swim before breakfast. And swim we did – up and down the beach for a few minutes. It was a good way to wake up. And start the Day of Three Swims.

Later in the morning we went for a walk around the block. This was along the beach to the west, across the estuary, and back around the estuary to the back of the camp. 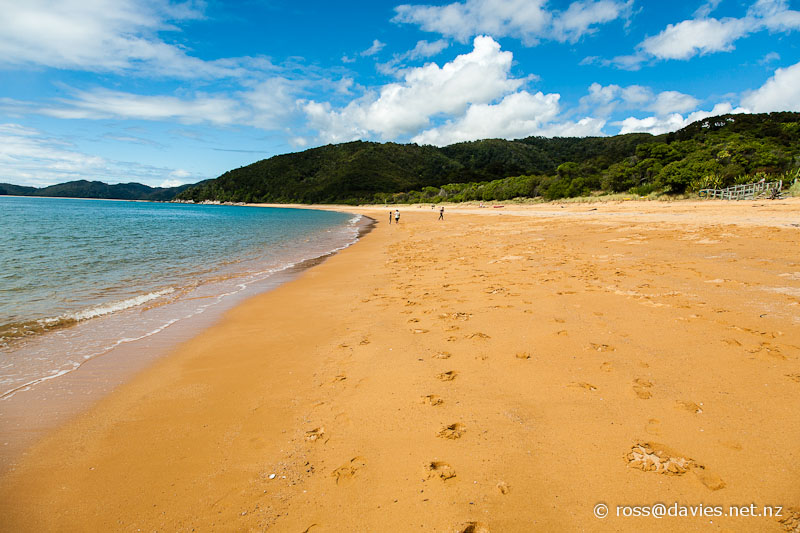 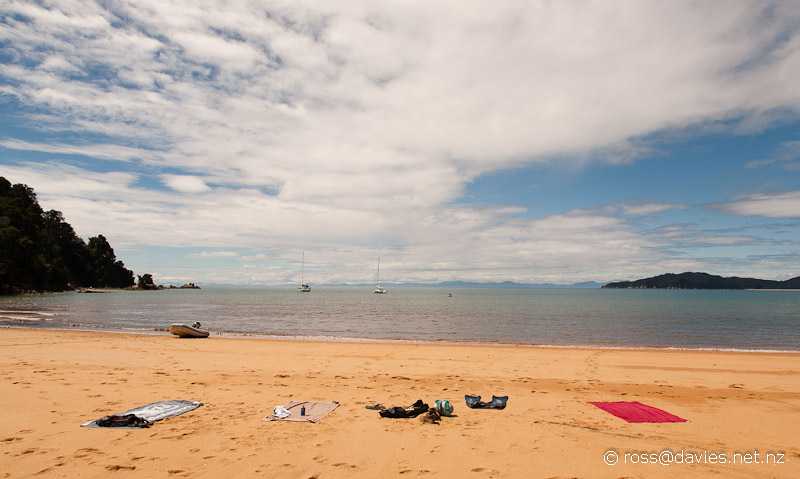 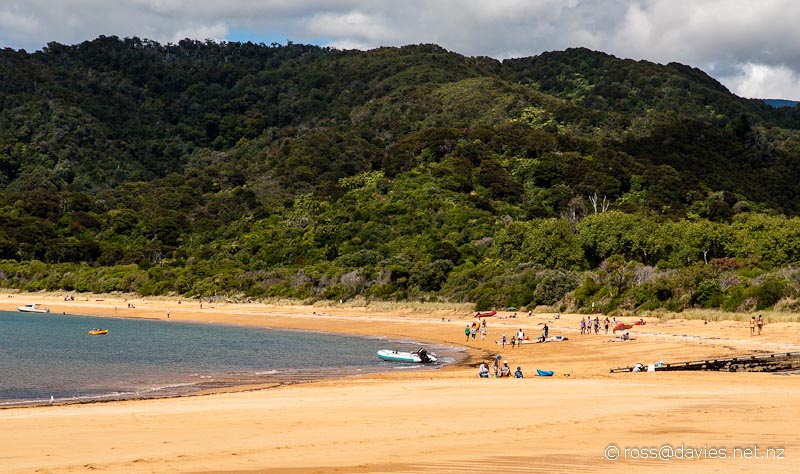 Totaranui Beach – somewhere behind the beach is a camp with a capacity of over 800 people. 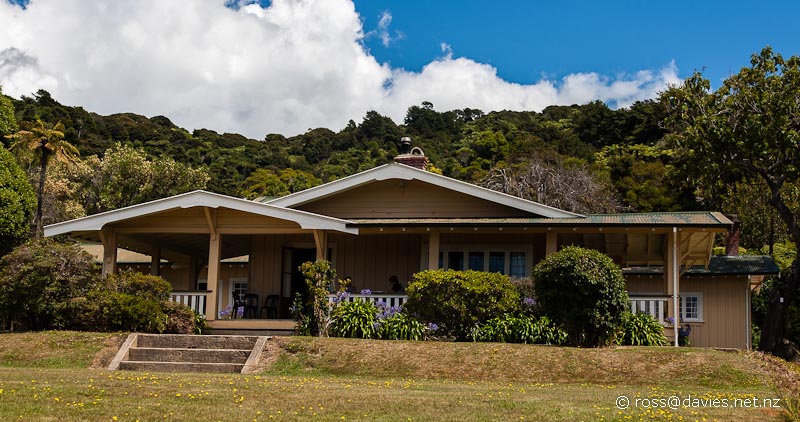 One of the original homes at Totaranui. This was a house for one of the sons (or something) which became the main home when the original one burnt down. This now serves as a lodge for large groups. 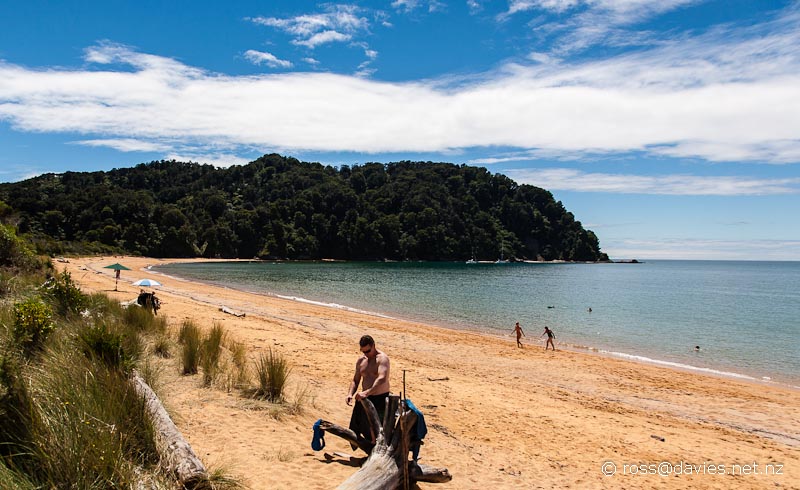 Totaranui Beach – time for another swim.

After our walk and our second swim, it was time for sitting around in the sun and enjoying the day. Later there was more beach time and a third swim. The sea was an interesting contrast with our first day with the wild little waves crashing on themselves. Now the waves were almost non-existent. With the clear blue water gently lapping the golden sand beach, and hardly an engine to be heard, we were reasonably sure we’d found Paradise. 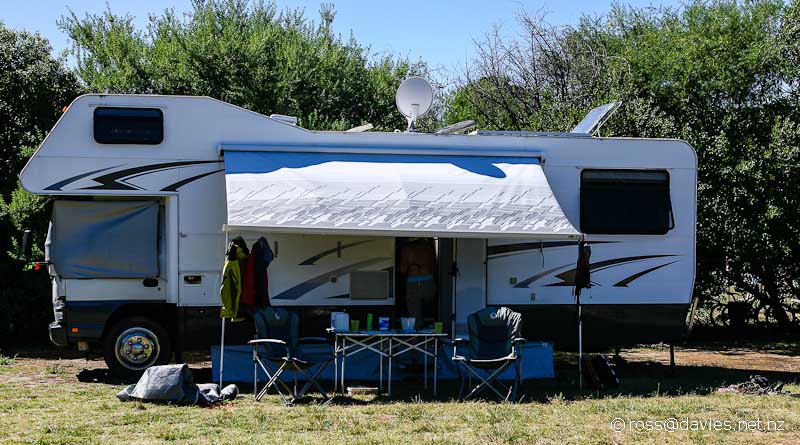 Suzi at Totaranui – sheltering from the sun. 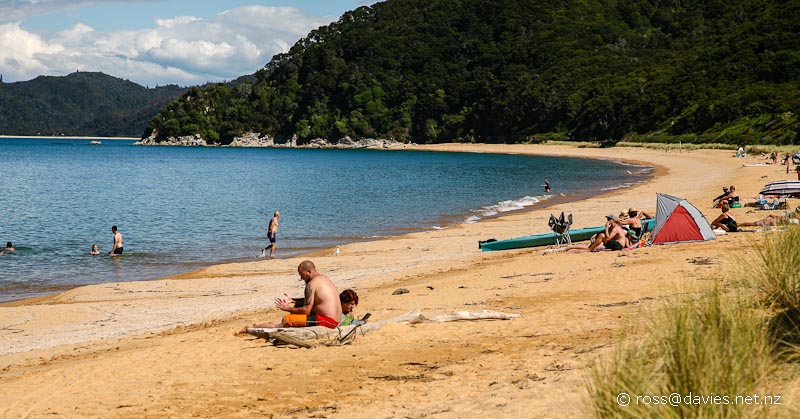 Totaranui Beach – time for another swim … 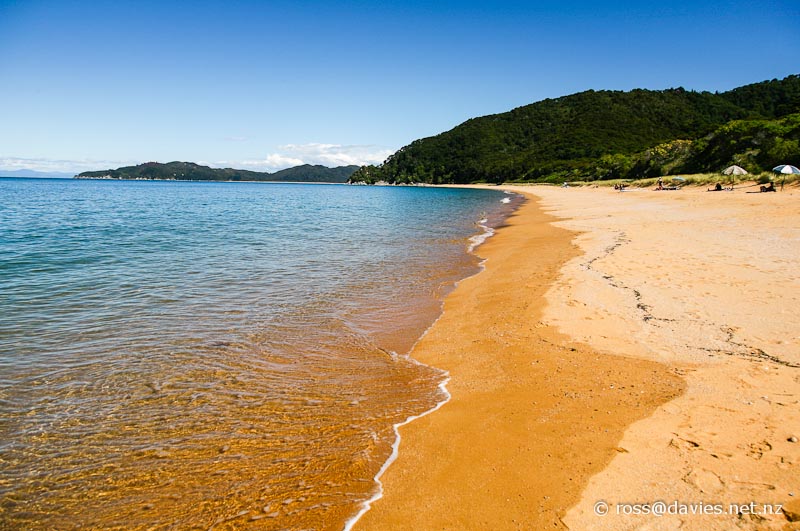