Our busy time at the busy Christchurch motel came to an end. Phew! We then drove north and started a day later at a busy Blenheim motel. Then by early February we were finished for a bit and ready for some relaxation. Golden Bay beckoned; Totaranui specifically. Nice beach, DoC camp, end of a long road. So we loaded up the truck (Suzi) and we moved to Totaranui…..

We made it safely past the real-fruit icecream place at Riwaka and over the big hill to Takaka. And on past Pohara and over the smaller and more interesting hill to Totaranui. The damage from the storm the previous summer was impressive as was the rebuilding of the road. We were pleased it was late in the day so we weren’t meeting any traffic going the other way. We were soon down and settled into the camp. Glad to be somewhere with no phones or doorbells or interruptions.

Next day was Waitangi Day, with a regular influx of campers come for a long weekend. It was windy and sunny. The beach is steep, and the enthusiastic waves were falling over and crashing onto themselves. We finally got some energy in the afternoon for a walk along the beach. 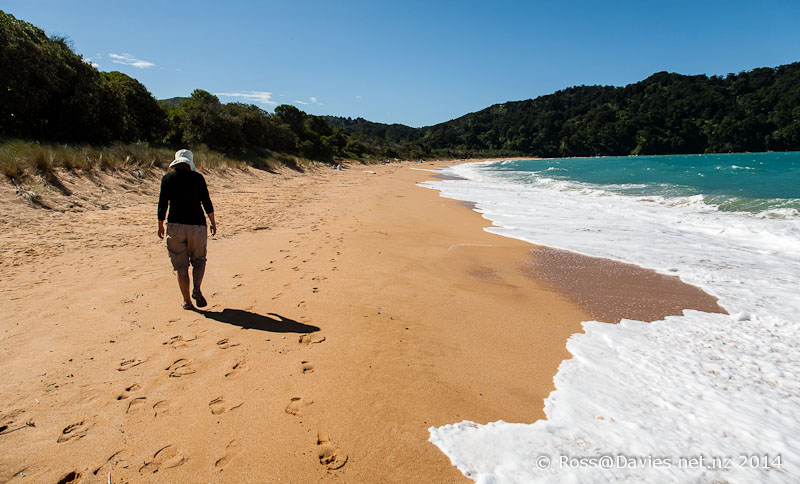 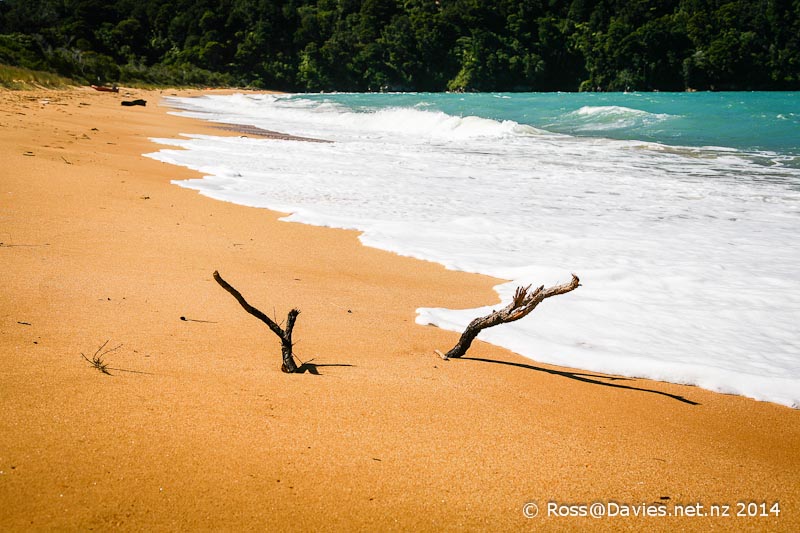 Totaranui Beach – a Planet of the Apes moment – or is it just me? 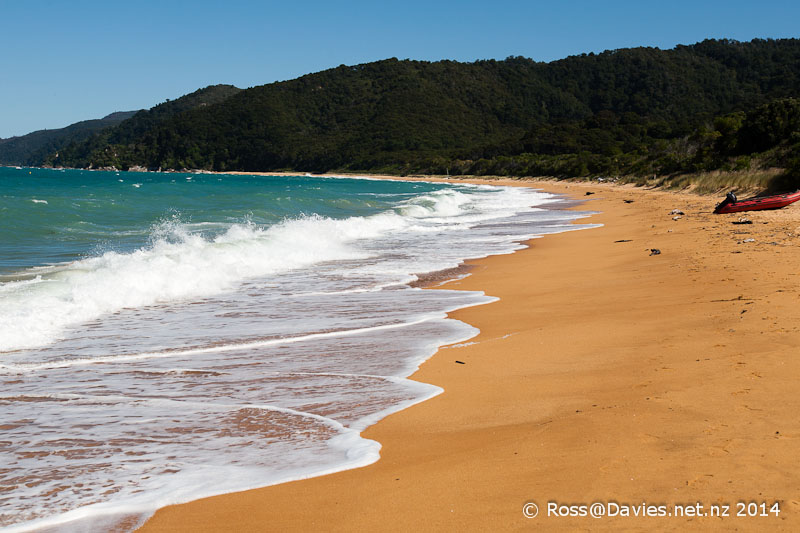 Totaranui Beach – looking east. These were the waves that fell on themselves. 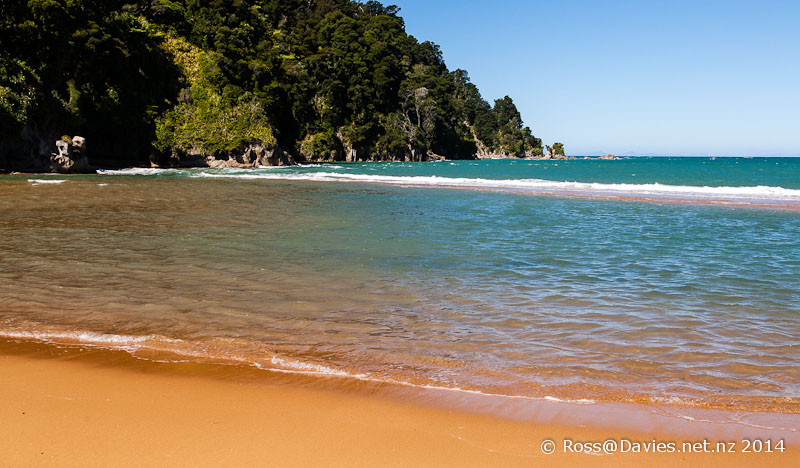 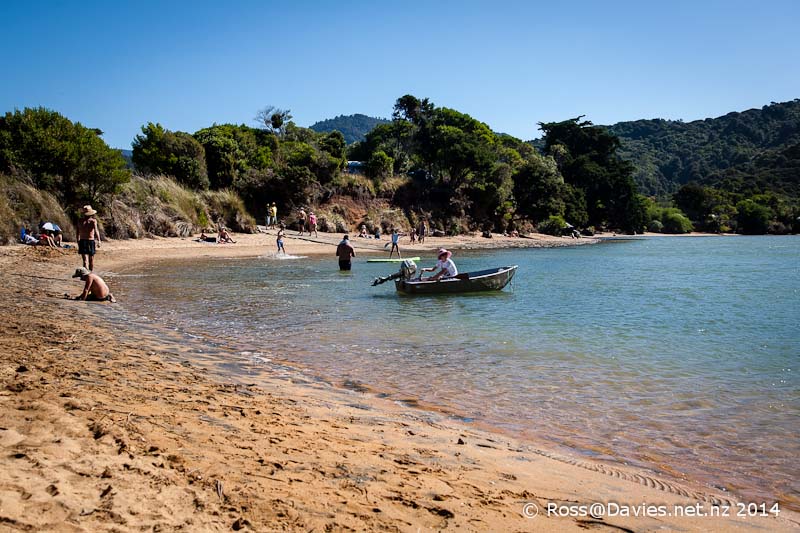 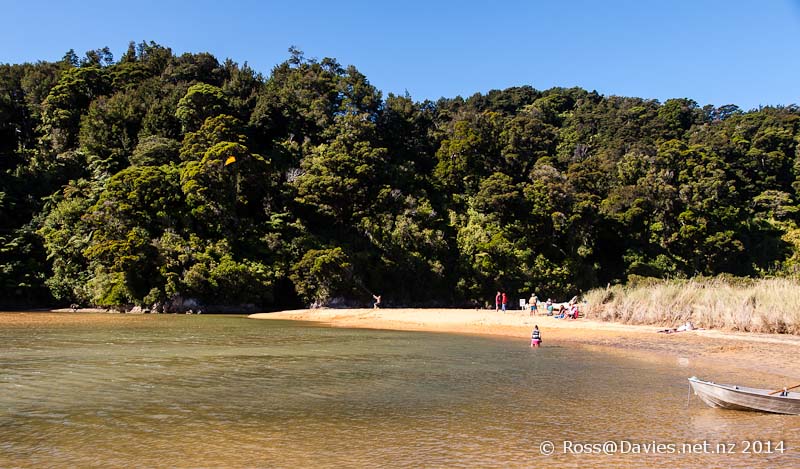 Totaranui estuary – spot the kite flyer and his orange kite

There was nothing for it then but to head back to Suzi in Bay B and enjoy the rest of the afternoon sunshine and relax. Ahhhh……. 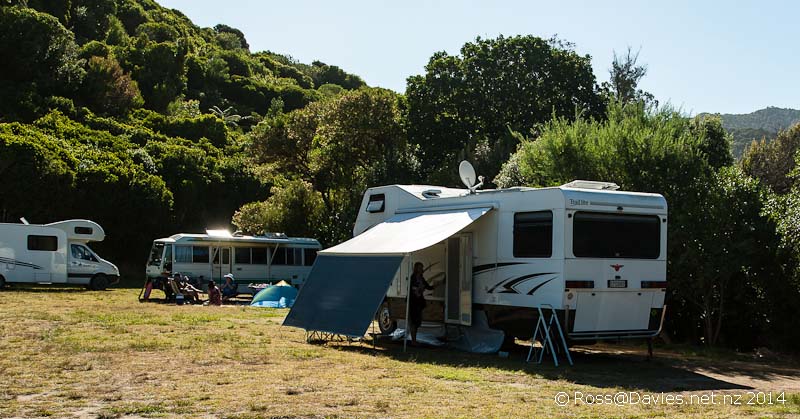 2 Responses to To the Beach – Totaranui