A Stroll Up Mt Sunday aka Edoras

It snowed at the Mt Somers Domain camping ground the morning after our walk to Sharplin Falls. Not a lot. Not a blizzard. No drifts. Not even inches deep. But it did snow snow flakes. We were quite excited.  It didn’t come to much and only delayed our departure up valley to explore the head of the Rangitata River.

Late in the morning we headed off up the road through the Ashburton River Gorge. There was snow on shaded parts of it but nothing to stop us from carrying on. 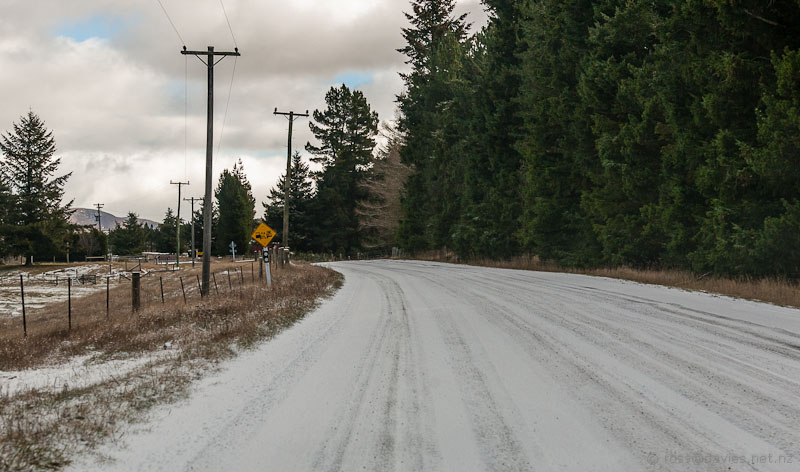 |1| Snow on the road through Ashburton Gorge near Hakatere

We passed through what remains of Hakatere and carried on towards Lake Clearwater. Lake Clearwater is a lake – you will have guessed that by its name. It is also a strange little settlement. In the middle of a tussock nowhere is a multitude of small baches/cribs all jammed together like sardines. Apparently the land was gifted by the original owners to the local council. It must be a haven for fishermen.

We carried on on the road to Erewhon Station, which eventually dropped down to Potts River and the head of the Rangitata Valley. Which is the meeting of the Havelock and Clyde Rivers. It is a massive wide open valley; everything is on a grand scale.

Out in the middle of the valley is a mound called Mt Sunday. Apparently the local farm station boundary riders used to meet up there on Sundays for a picnic. Mt Sunday was the location for Edoras in the Lord of the Rings movie; so it attracts a never-ending stream of pilgrims to the site. There’s nothing left now but the memories but that doesn’t deter the fans. There is a car-park and bridges and a good track up to the top which is a great viewpoint.

|2| Havelock River at the head of the Rangitata; Clyde River on the right and Mt Sunday is the small mound out in the middle of the valley. 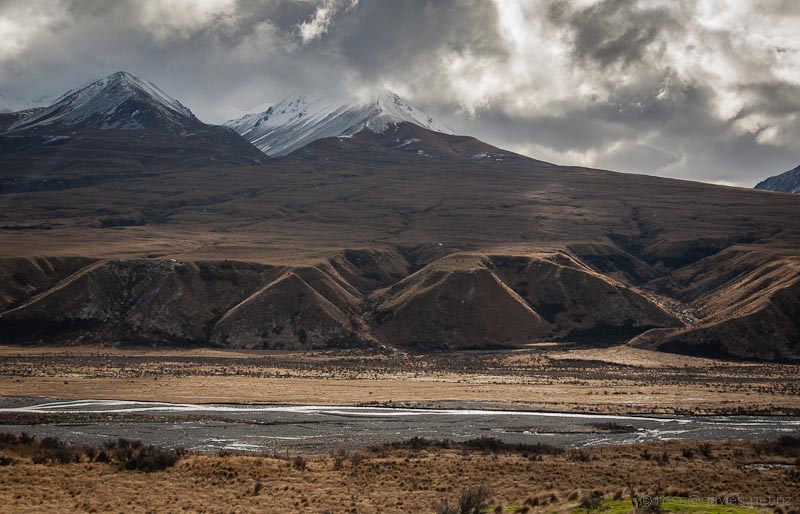 So we parked up and headed off, wrapped in everything we could find in the car. There was a mean wind blowing. There was a group of Lord of the Rings fans off out on a tour and it would have been their swords that we found halfway up. “Genuine replicas” the brochures promised and who were we to say otherwise. I have to admit that Wyn looked more convincing with the sword than I did. 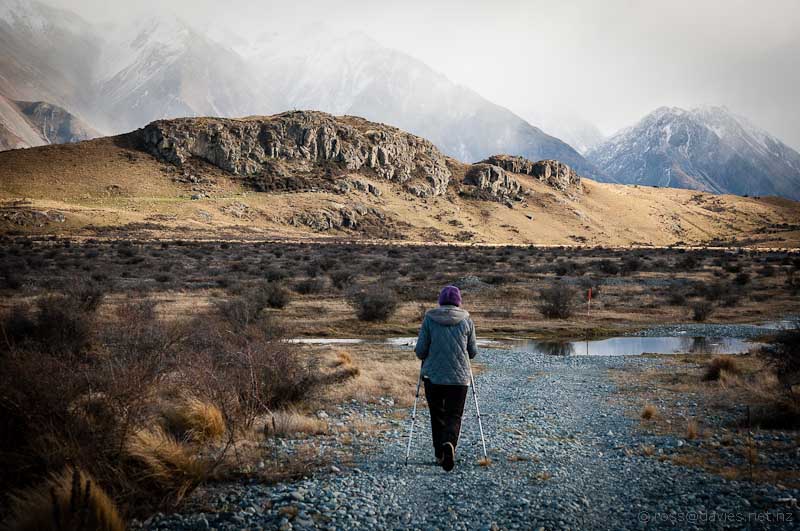 |4| Wyn heading off towards Mt Sunday 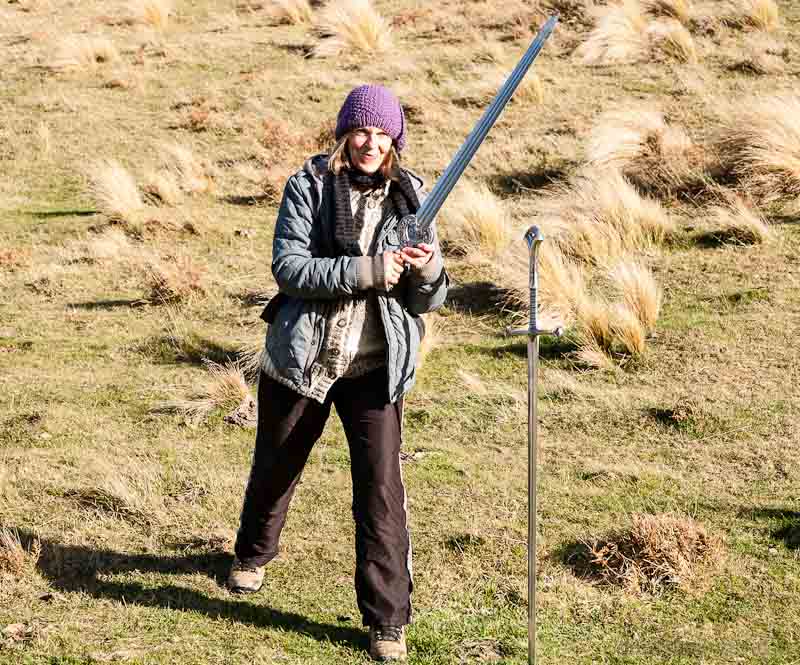 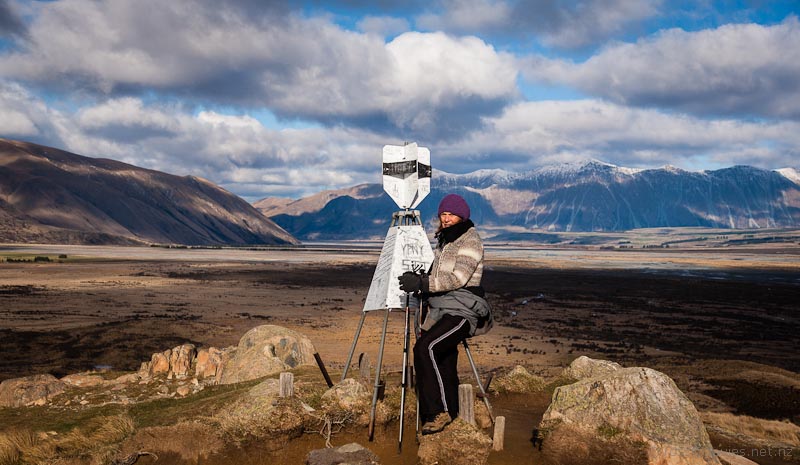 |6| Wyn at the top of Mt Sunday looking south-east

|7| Looking up the Clyde River from Mt Sunday 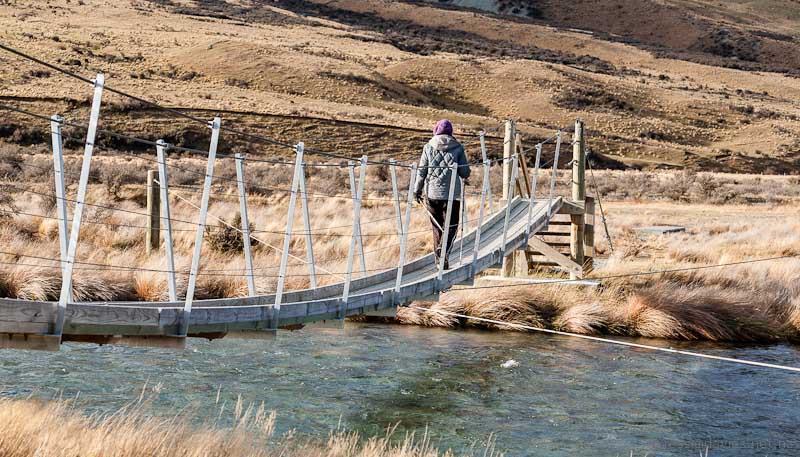 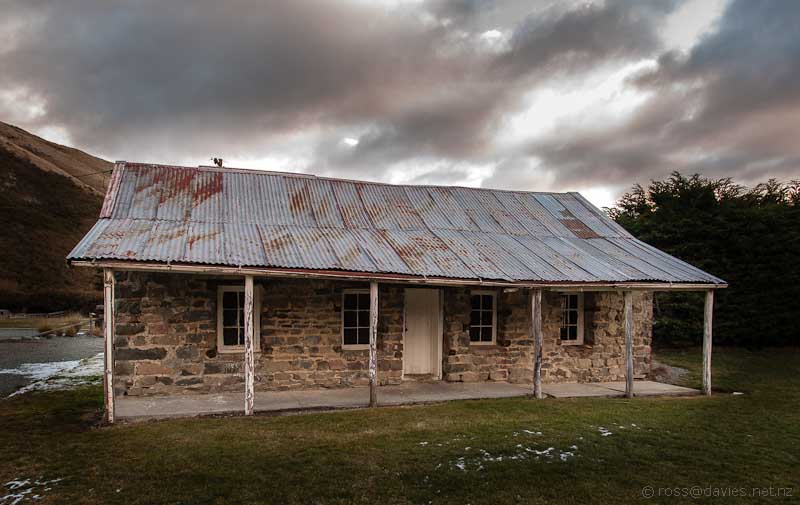 1 Response to A Stroll Up Mt Sunday aka Edoras