In Shangrila we stayed at Kevin’s Trekkers Inn, a wonderful little guesthouse near enough to the old town, but far enough not to have been involved in the fire in January this year which destroyed 260 homes over 10 hours and displaced 2,600 people. Nobody was killed but it has been a big set-back for Shangrila. There is a big hole in the middle of the old town where there is nothing. But it is being rebuilt, and reclaimed. It mightn’t be the same but that mightn’t matter. 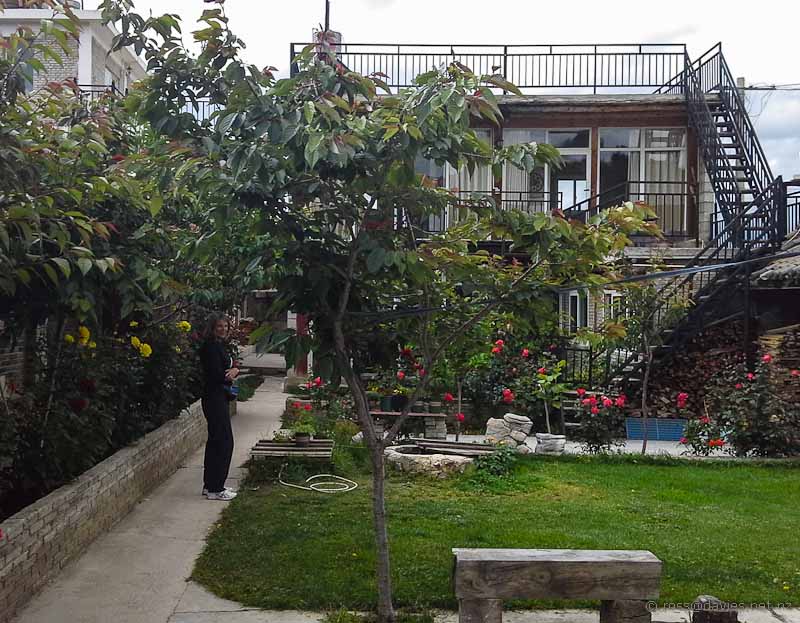 Our room was in the newer part. 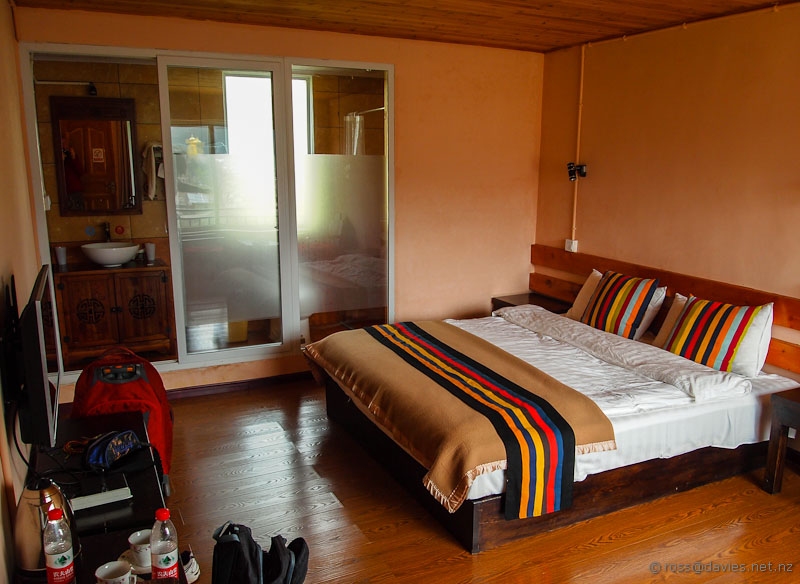 Our room at Kevin’s Trekkers Inn Shangrila. The glass bathroom was interesting.

We loved the bathroom fittings – sort of brass bamboo. And I’ve always hated taps everywhere when you struggle to figure out which way to turn it to get warm water. Why should it be so hard. Several places in China had simple labels on the wall to make it clear. At last! 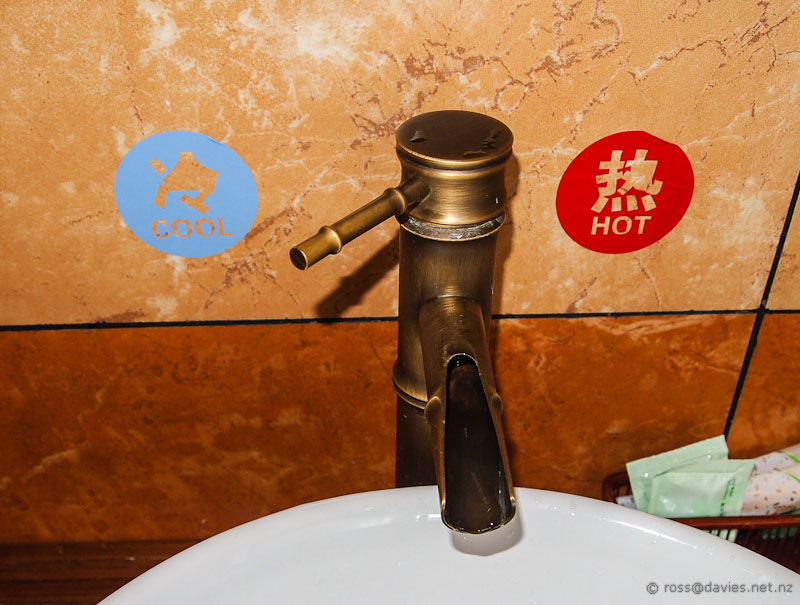 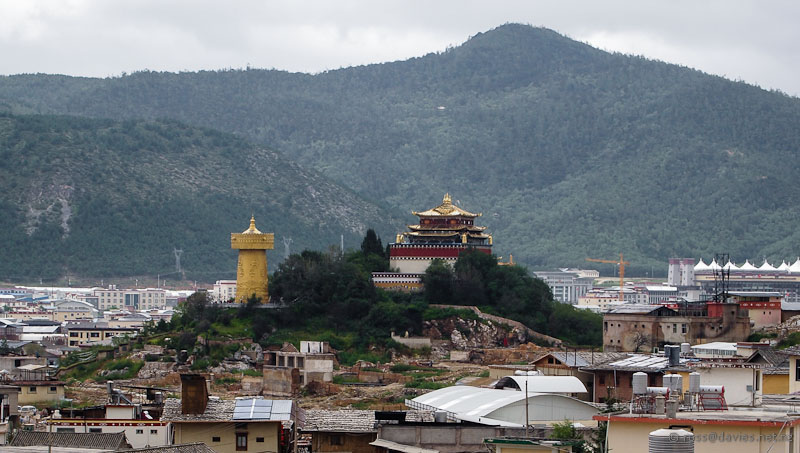 In the photo above, the open land in front of the prayer drum/wheel/tower and temple is part of the area devastated by the fire. The panorama below is a 180 degree one. On the left, our room is the one with the wooden door. On the far right the earthworks signals a big new development.

Shangrila panorama from Kevin’s Trekker Inn. [Click on the photo for a better view of the panorama.] 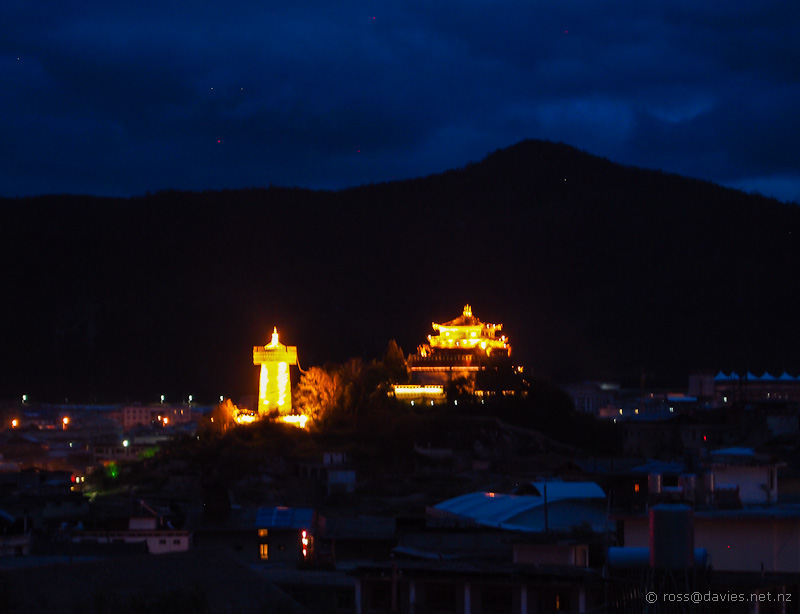 Watching from our room we finally worked out that the tower was revolving. We could even make out the people turning it. They say it only needs six people to turn it. 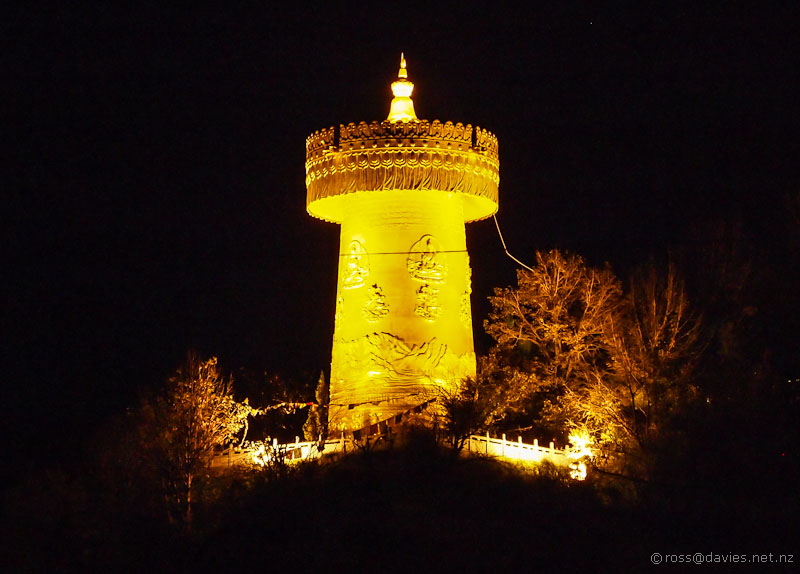 Which is rubbish! Or they were six very strong people. We walked over to have a look. People were having a great time hauling on the railing to turn it around. Some would then think they weren’t needed and take a seat. So it would slow down and even stop. More people would get up and start hauling and restart it turning. We decided to take our turn, which caused a fair bit of hilarity and interest. There was no feeling that we were unwelcome, quite the opposite. Sharing a common goal (keeping the wheel turning) was a great way of overcoming our lack of a common language. Maybe smiles and laughter are the best language of all? 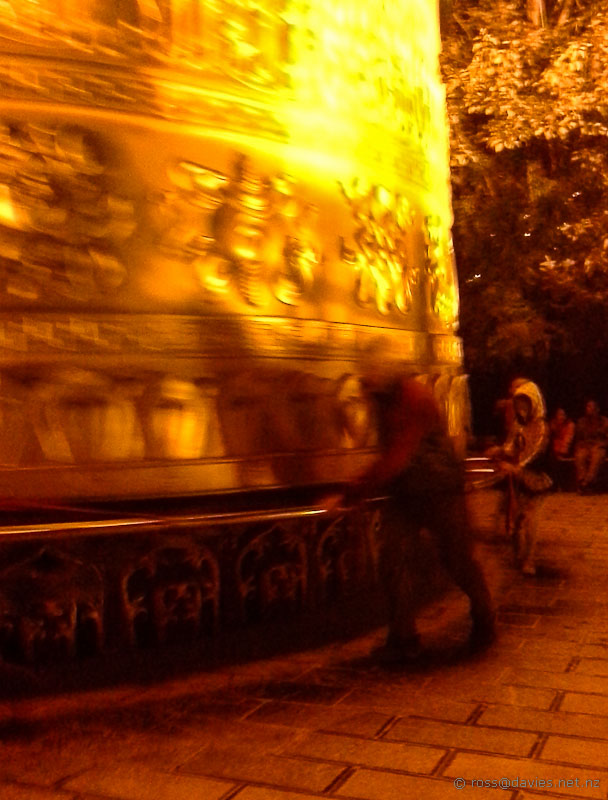 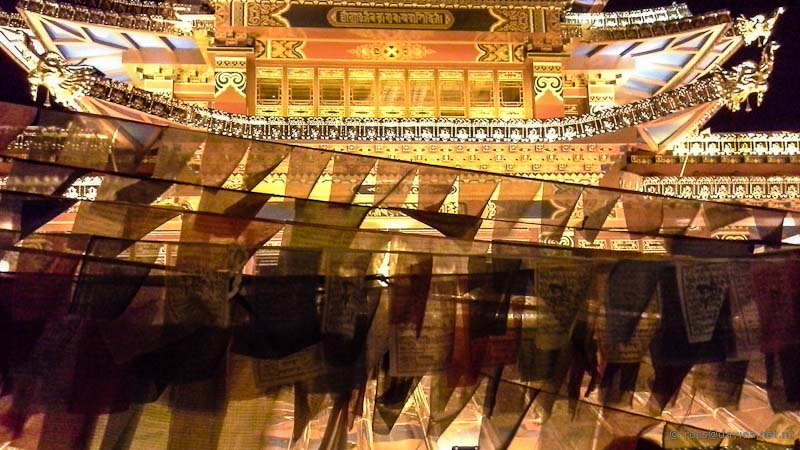 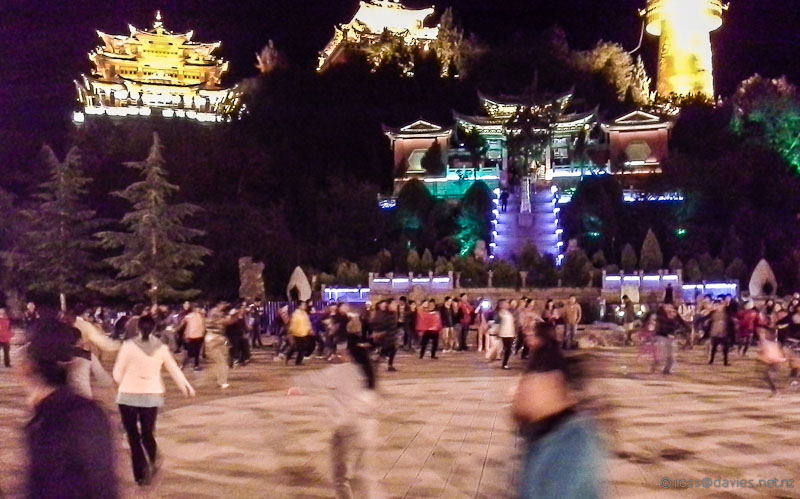 Dancing in the Square below the Golden Temple Shangrila

In the square below the Golden Temple they have dancing every night. Not particularly organised. Not really for entertainment of others. They just get together and do these big dancing things. Anybody is welcome. It is a wonderful experience. I stood back but Wyn couldn’t restrain her feet. Soon she was off in the big circles; easy to spot with the only fair hair. Dance is another international language. 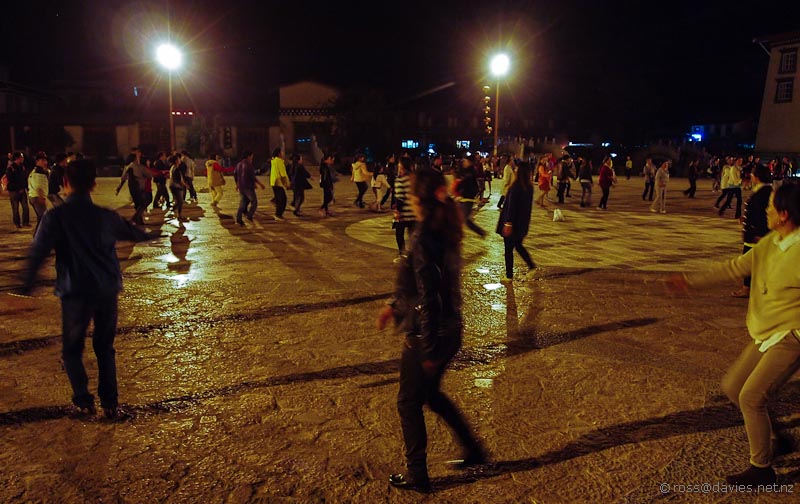 Dancing in the Square near the Golden Temple Shangrila

Walking back to our guesthouse we passed many colourful and interesting shops. The fabric shop below was my favourite, with the slightly strange little ensemble in front. 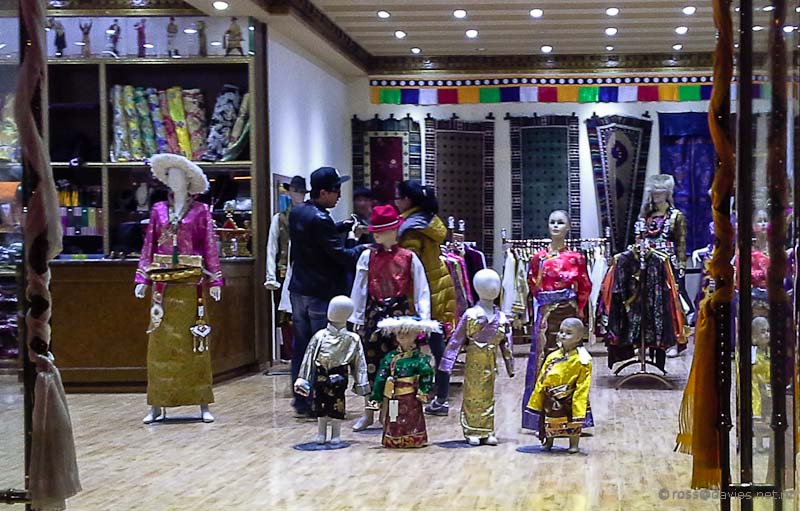