After a few days in Auckland in April – including an evening at the Wine Cellar in K Road to hear Nadia Reid and Holly Arrowsmith and Ciaran McMeekin (three names to watch out for) – we headed east to the Firth of Thames and the Seabird Coast between Miranda and Kaiaua. We parked up at Ray’s Rest, not for the first time and hopefully not the last either. Here we are allowed to park up on the edge of the sea, which is a priviledge. It is a wonderful antidote to the frantic pace of nearby Auckland city.

It didn’t take us long to get the chairs out and start some serious relaxing. There was an autumn breeze from the west but motorhomes make good windbreaks and Suzi motorhome has a skirt for stopping the winds that try to sneak underneath. 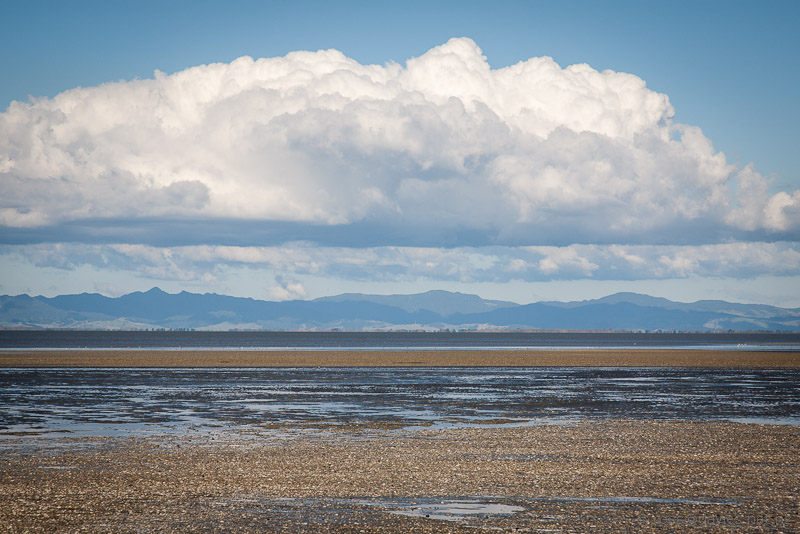 Eventually we had to concede that the shadows were getting longer and it was time for a walk along the beach. 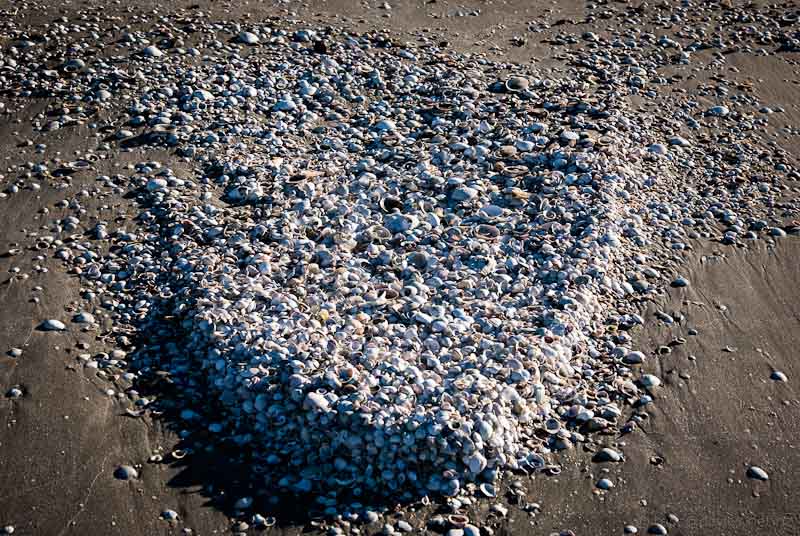 Have you ever wondered what goes on underneath a tree? There was an old tree stump washed up along the beach that was on its side, conveniently showing the tangled workings underneath. 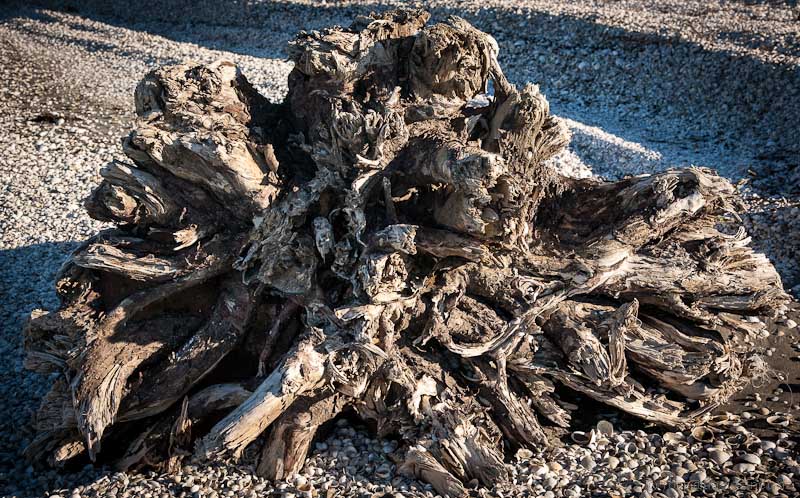 Old tree stump on the beach at Ray’s Rest, Kaiaua

Wyn on the shell beach at Ray’s Rest Kaiaua. Hunua Ranges beyond. 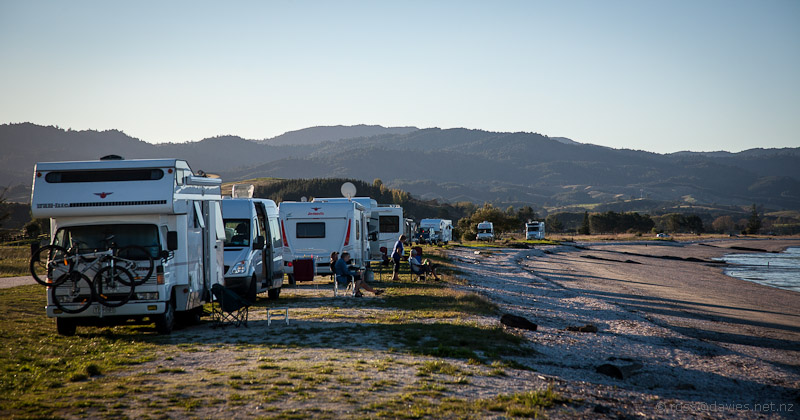 Motorhomes at Ray’s Rest at Kaiaua. Hunua Ranges (and Auckland) beyond.

Some of the inter-tidal zone is very gloopy mud. This provides well for the wading birds. I was more interested in the little riverlets of water running off the beach and into the sediment. 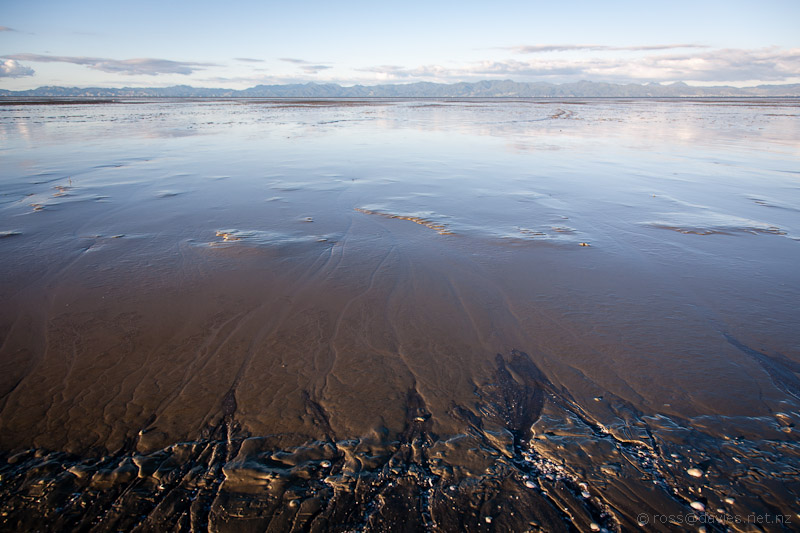 Coromandel Peninsula across the Firth of Thames near Kaiaua

Somewhere across the other side of the water is Thames, where I was born, and Ngarimu Bay where I lived for my first six years. It is always interesting to reflect on the choices and twists and turns in life that bring us to this moment. If Modern Stores hadn’t burnt down, might I be living there still, rather than looking from afar? 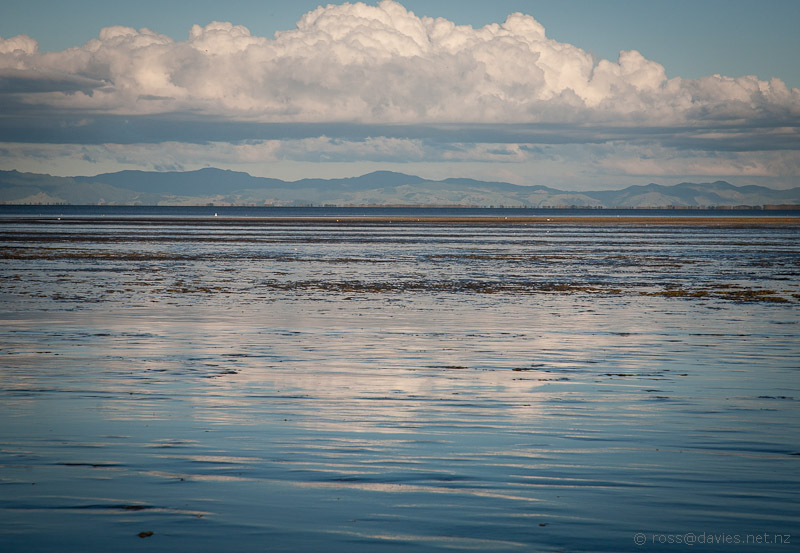 This entry was posted in Daily log and tagged Firth of Thames, Kaiaua, Ray's Rest. Bookmark the permalink.

2 Responses to Return to Ray’s Rest