Back in Business – Mangere Bridge

So let’s jump forward a bit – a big bit. We’re currently working at motels in Onehunga in Auckland. Which is a lot different to anywhere that’s not in Auckland. There’s traffic, a lot of traffic. It sort of goes one way in the morning and another way in the afternoon. Except for the times it going both ways. Apart from being a city with a lot of traffic, Auckland is also a city with a lot of sea. It must have more coastline and more beaches that any other city in the world. ‘City of Sails’ is a silly slogan. Should be ‘City of the Sea’. Or ‘City of Beaches’.

We are near the wharf – the Onehunga wharf – on the Manukau Harbour. The days of the Onehunga Wharf are mostly over. But it’s had an important strategic past. As has the Mangere Bridges; the old one and  the newer one which got significantly enlarged more recently. 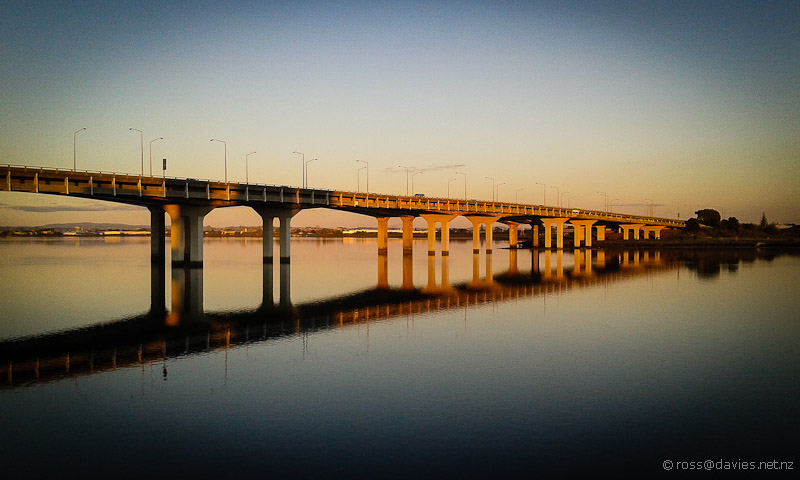 Sunset at Mangere Bridge over the Manukau Harbour

Last Sunday was a beautiful evening for a walk. 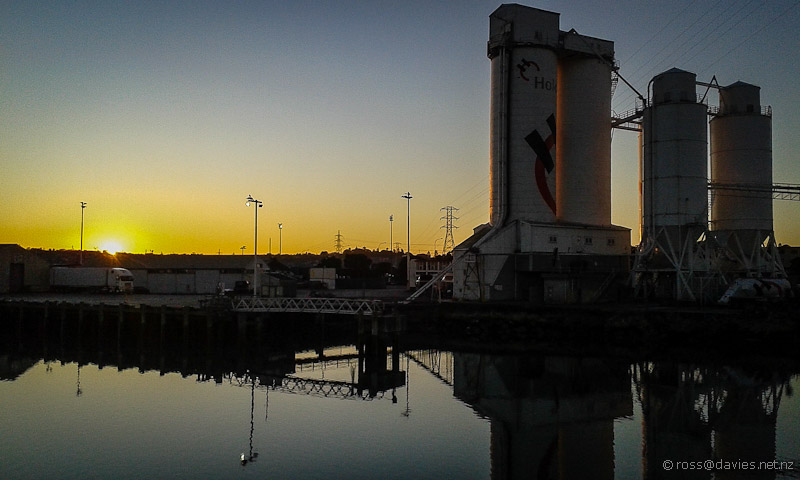 Manukau Harbour – towards the Waitakeres from the old Mangere Bridge 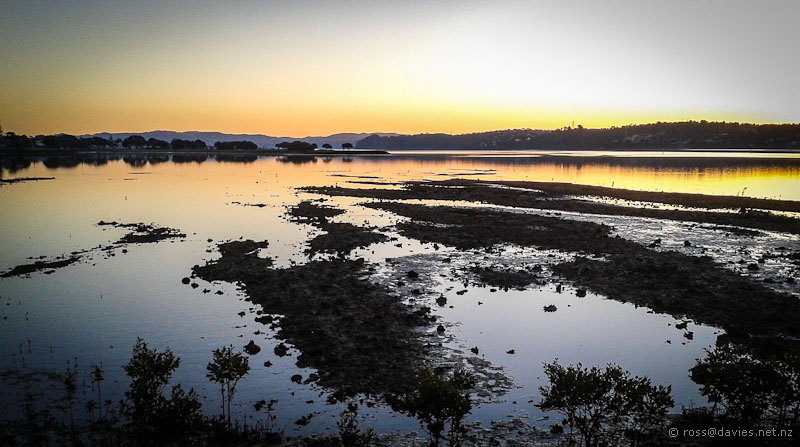 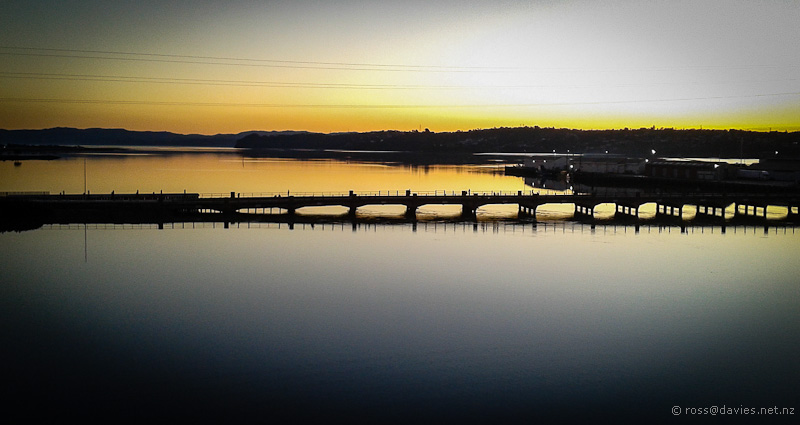 I was able to return via the walkway under the new Mangere Bridge, which carries umpteen lanes of motorway traffic. The walkway gives a lovely view of the old Mangere Bridge and the Onehunga Wharf area. 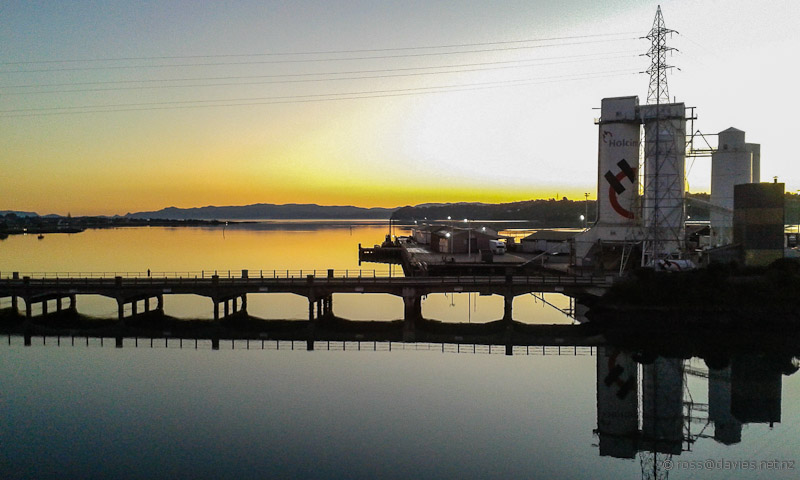 2 Responses to Back in Business – Mangere Bridge