A Bit of Old Industrial in Dunedin

There was a last bit of Dunedin I wanted to catch before we left town yesterday. We were staying in Burnside which is/was the location of the Burnside Freezing Works. It was one of the first of its kind in New Zealand, opening in 1883. There is something Polish Industrial about it; with an anywhere-ness. It could be any old large-scale industrial complex in any country. It has occupied an important place in Dunedin’s past but is now consigned to history.

[Added 20 August 2015. See also the Wikipedia Burnside page for more information on the industrial history as well as a link at the bottom to a 2009  newspaper report of plans for recycling of the freezing works.]

It’s a funny term “freezing works”. It’s actually an abattoir where they kill lots of animals and turn them into meat for eating. Much of the meat did get frozen but the “freezing works” name really is a euphemism reflecting some discomfort with the reality. 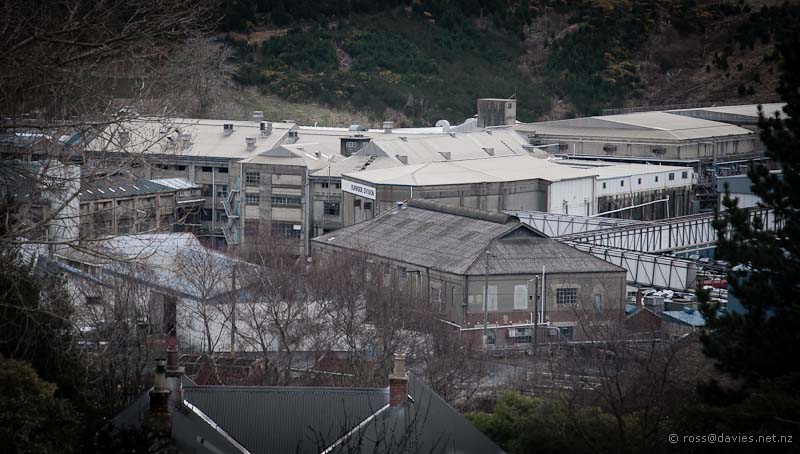 This entry was posted in Daily log and tagged Burnside Freezing Works, Dunedin. Bookmark the permalink.