Dunedin claims the title for steepest street in the world. Baldwin Street is a popular drawcard. I was wondering though if it doesn’t also have the steepest car park. Using the Dowling Street car park a few times I was intrigued by the topography, and the angles of some of the parks. As well as the degree of difficulty in using one of the ticket machines.

Dowling Street was once part of the thriving business part of town when Dunedin was the commercial capital of New Zealand. Milford House in the photo below used to be Hallenstein Brothers national Head Office. It still was when I worked there in the 1980s, one of the last in Dunedin. 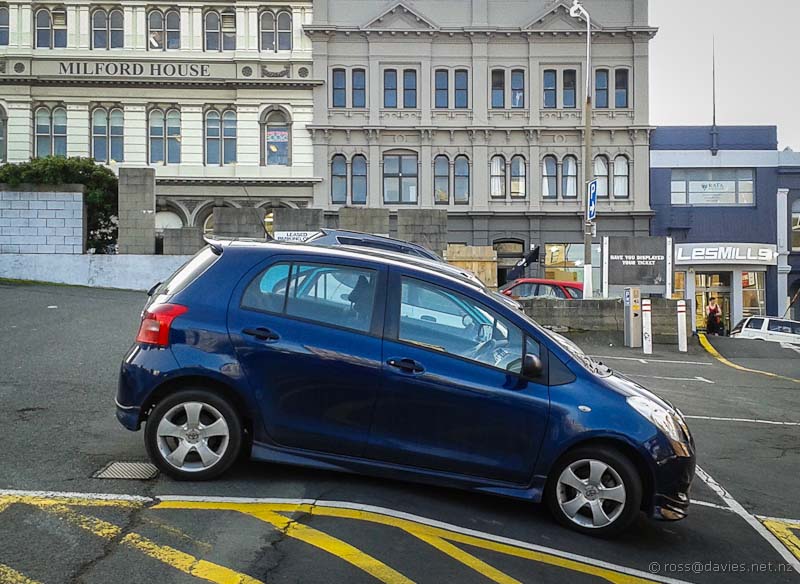 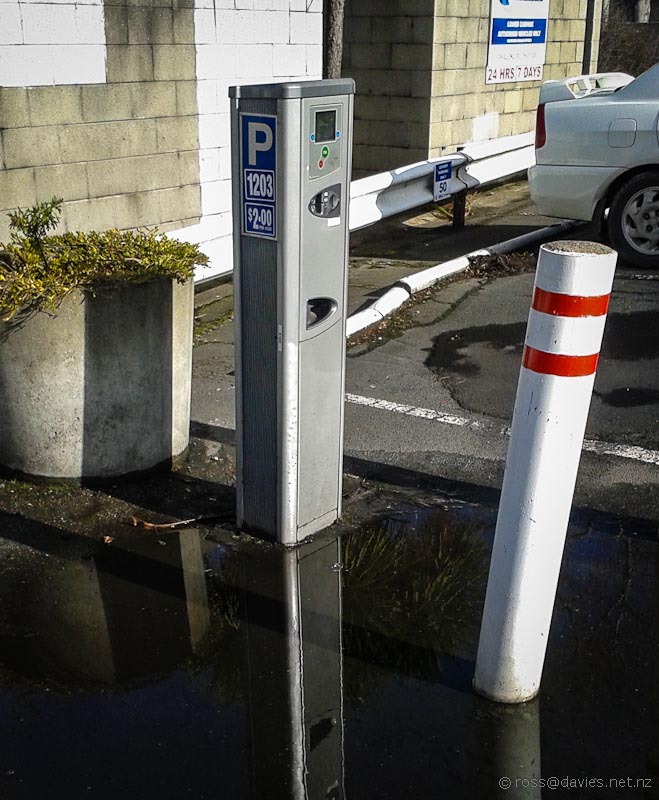 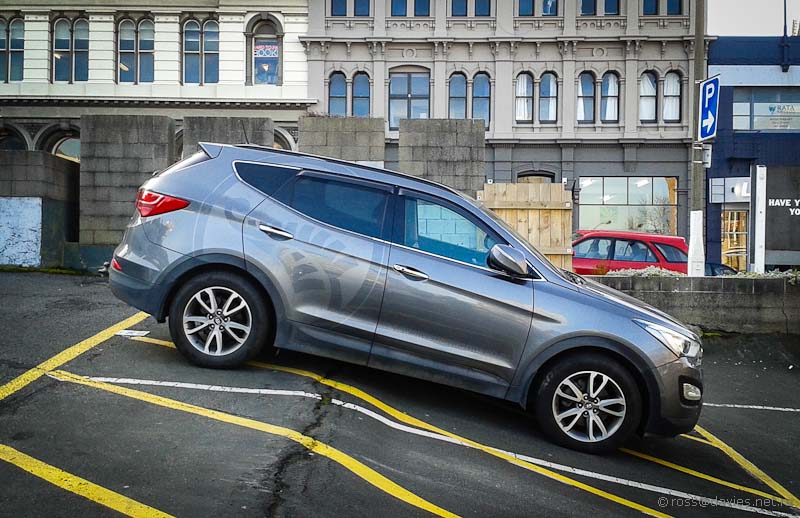 Dowling Street car park Dunedin. This part of the car park is for those who park every day.

Dowling Street is now home to a number of art studios and art galleries. Dunedin does a good job of recycling its buildings and districts.

This entry was posted in Daily log and tagged Dowling Street, Dunedin. Bookmark the permalink.