Taking to the Steets in Dunedin

Sometimes you just can’t do nothing. Sometimes you can’t just hope that others do the stuff that you think needs to be done. Sometimes you just have to vote with your feet. We got the chance at the weekend to join the protest march against the TPPA – apparently a trade agreement that is in our best interests that is so important we are not allowed to know anything about it. So important that we’re not allowed any chance to influence it or decide whether we should sign up to it.

It was 25 years since my last protest march participation. And it was Wyn’s first ever. So it was quite exciting. It is a bit strange walking up the main street with a lot of people watching. I imagine a lot were wondering what on earth a TPPA is. I imagine a lot were thinking that there was quite a lot of people marching so the TPPA must be quite important. I don’t think anyone thought we looked like a bunch of rent-a-mob radicals.

I hope that the Government is sincere in their dismissal of us. If they don’t understand what our participation means, they’re not just asleep at the wheel, they’re dead in the water. 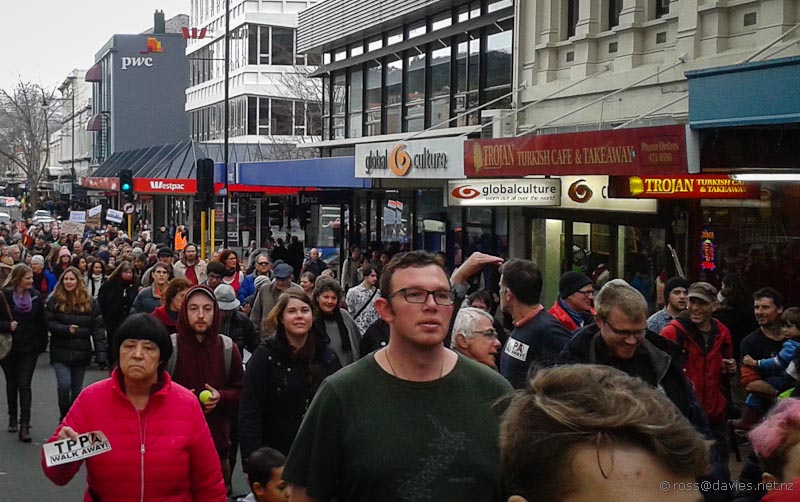 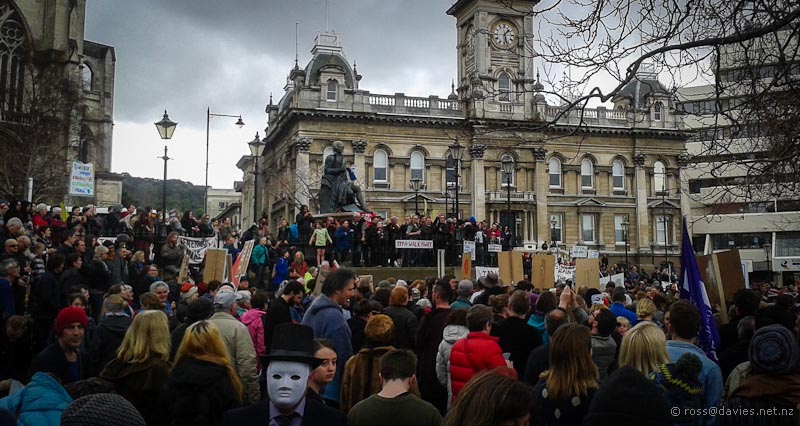 This entry was posted in Daily log, Rants and Raves and tagged Dunedin, protest march, TPPA. Bookmark the permalink.