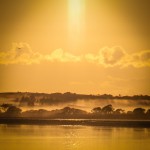 Monday was another good day in Mangawhai. I even woke up in time to see the sun soon after it rose. Winter is better for sunrise photography cos there is a better chance of being awake. But then it’s a lot colder. It’s hard to find the perfect season. 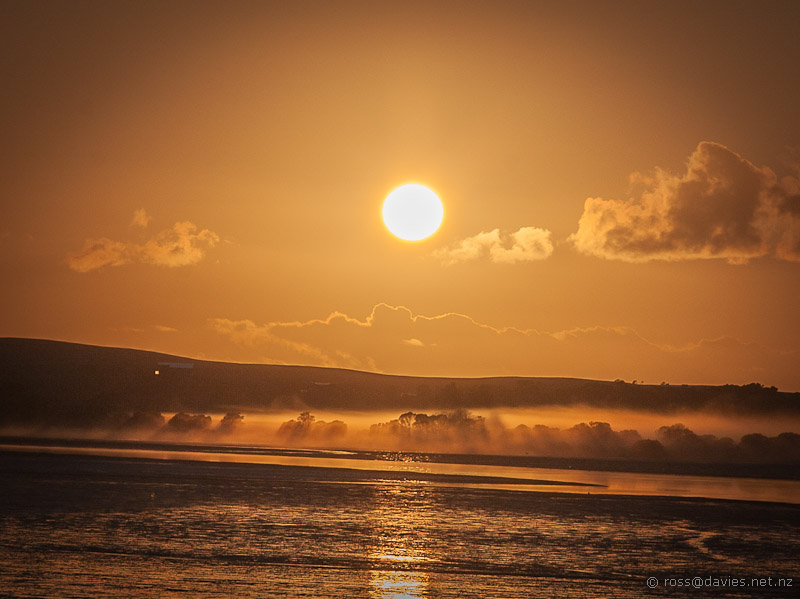 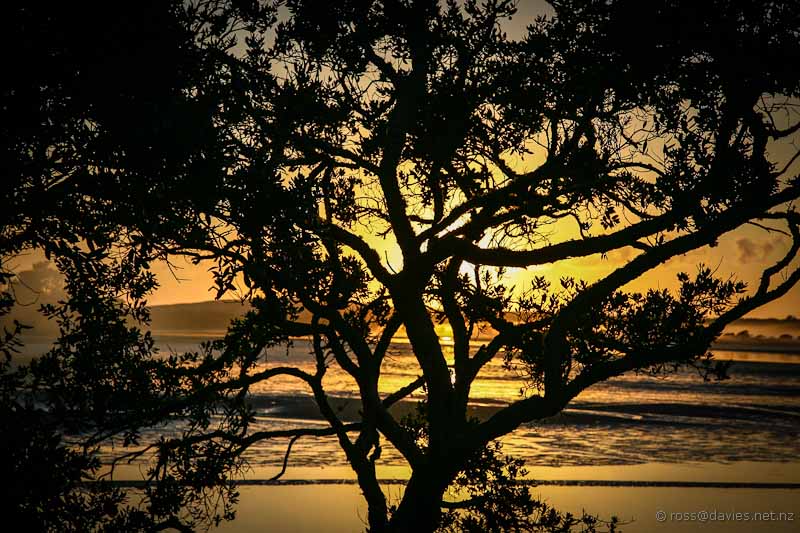 Mangawhai sunrise through a pohutokawa 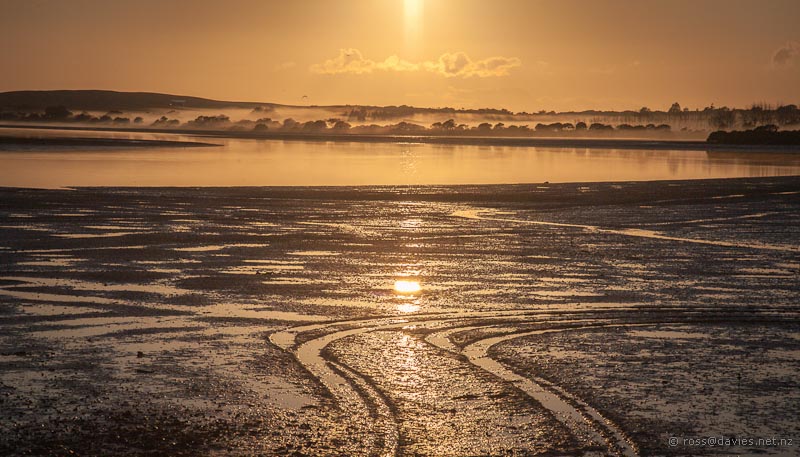 We were staying near the Mangawhai Hotel; a bit of an icon. Established 1868 according to the sign. And a Speights pub; “Pride of the South”. In Northland. 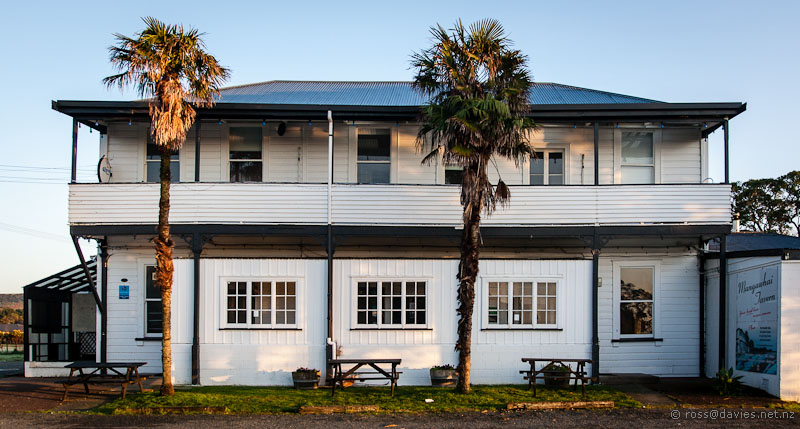 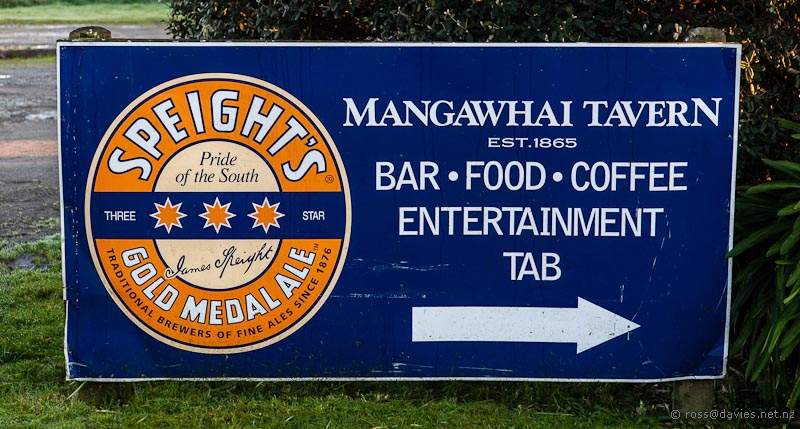 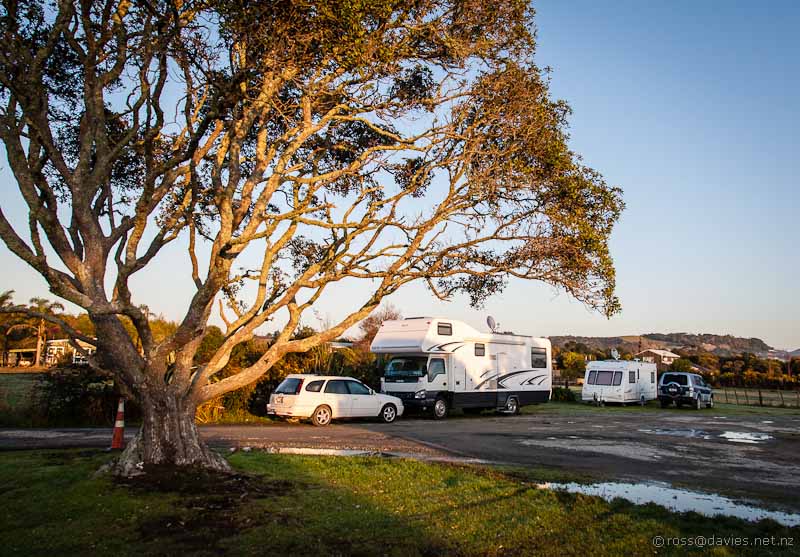 Pohutukawa and Suzi motorhome in Mangawhai

Later in the day we went for a drive south to Te Aria Point which separates the long sweep of Mangawhai Beach from the long sweep of Pakiri Beach to the south. The Point is now an Auckland Regional Park and a reminder of how far north Auckland reaches. 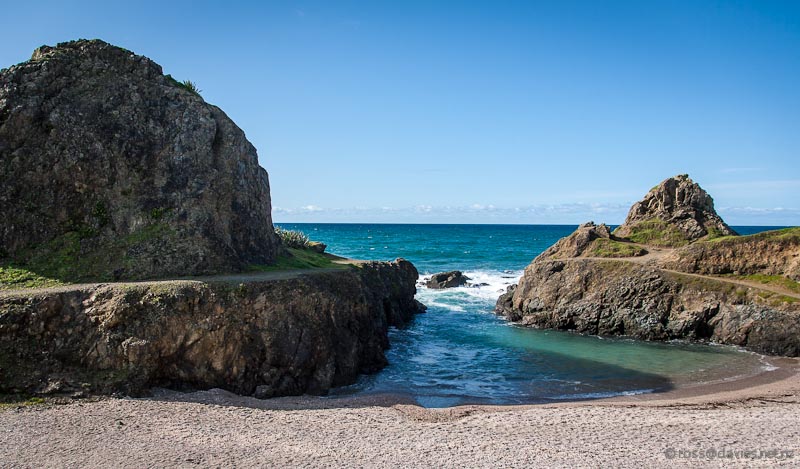 Cove at Te Aria Point – it looks like the sort of place smugglers would hide out. 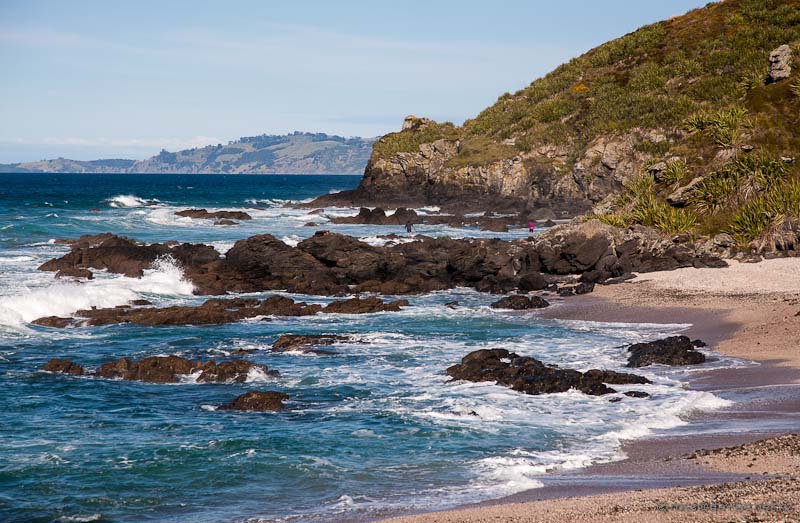 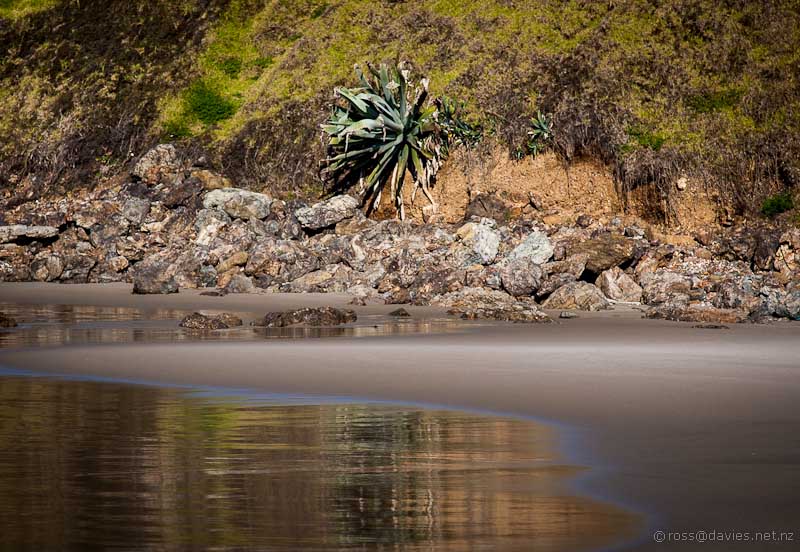 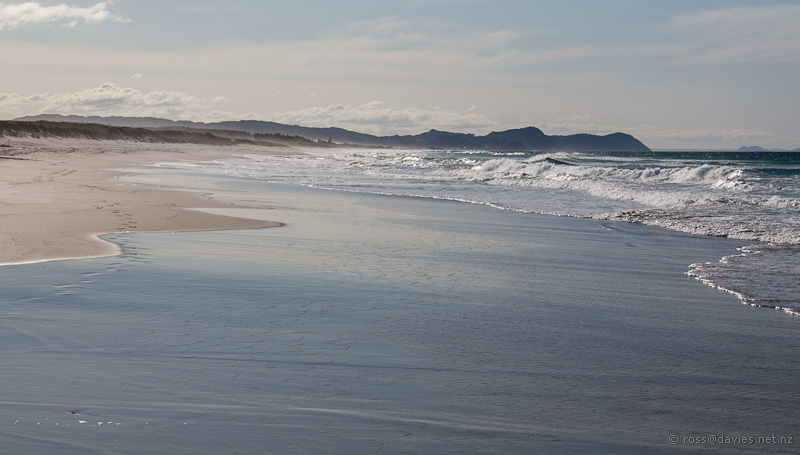 Patterns on the beach – Te Aria Point; Bream Tail in the distance.

We stopped on the way back to let a quarry truck zoom by; and realised that it was a good vantage point to admire the view. There’s a lot of green in Northland, and a lot of cows. 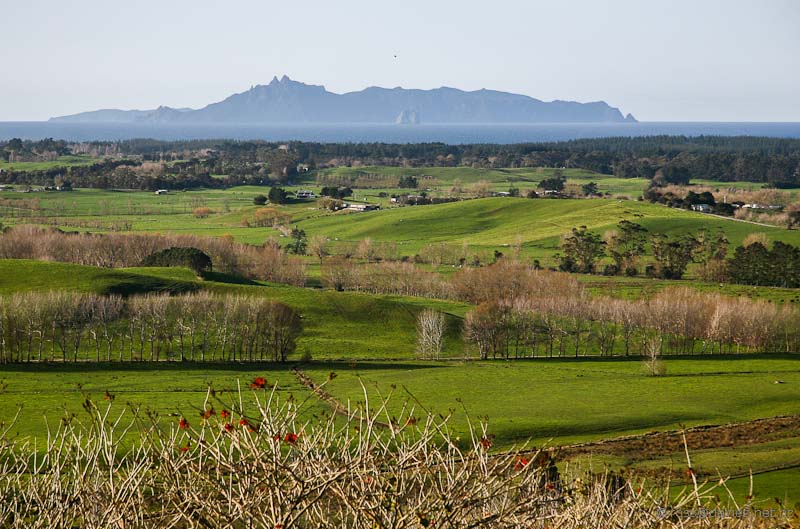