When the Sea Comes to Play – St Clair Beach Dunedin

Last week after we’d been to walk along the beach at St Kilda we went to have a look at the sea at St Clair, a few kilometres to the south. While my connection is more with St Kilda, Wyn’s is more with St Clair. We were wondering why so many surfers were along at St Kilda when St Clair used to be the haven/hangout. It soon became apparent that St Clair is not currently surfable. Storms have changed the beach so that at high tide the waves don’t break – more smash up against the sea wall of the Esplanade.

This smashing process was quite exciting, with the waves crashing upward at least twice as high as the wall. People had gathered to watch; to witness the force of nature unleashed. Some played chicken with the waves and some got wet. Those that got caught didn’t seem to mind; it just meant they were sure that they had got close enough.

Because there was no on-shore wind, you could get quite close to the waves and maybe escape the drenching. I managed to get a series of photos without my camera getting wet. 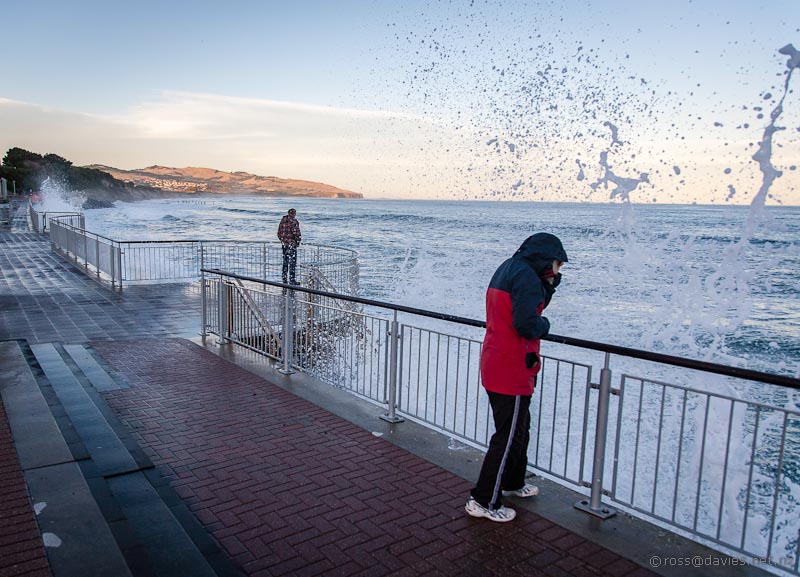 Wyn checking out the waves at St Clair beach 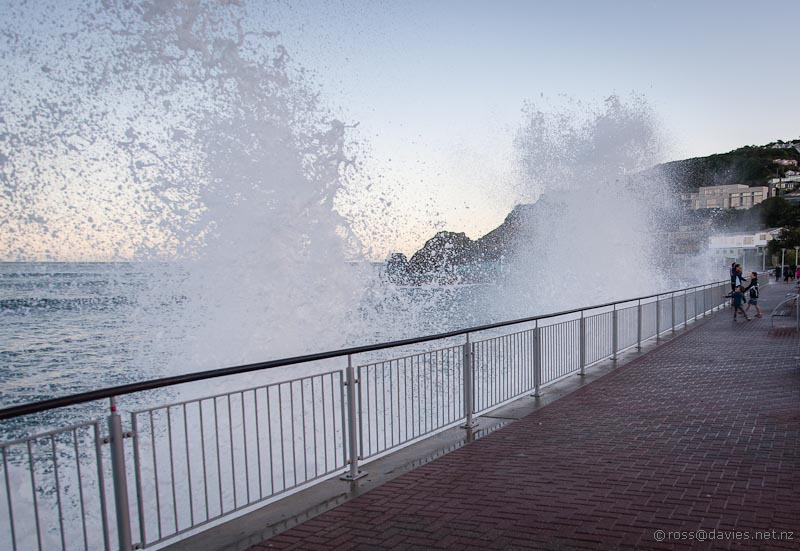 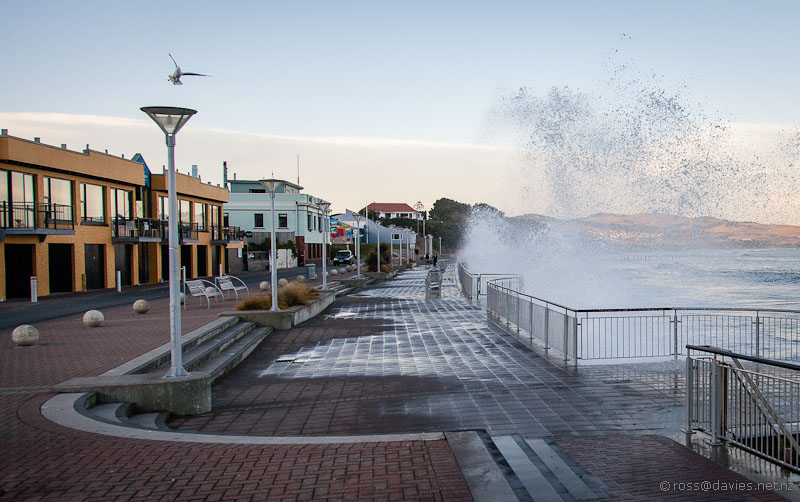 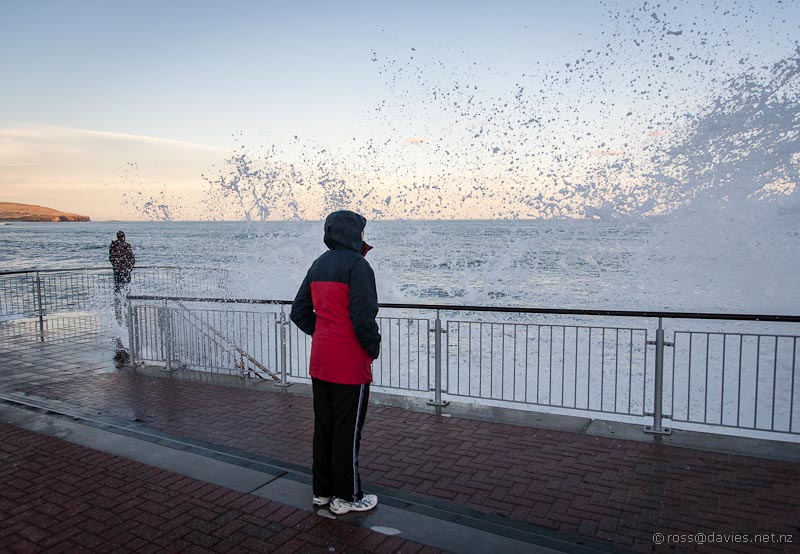 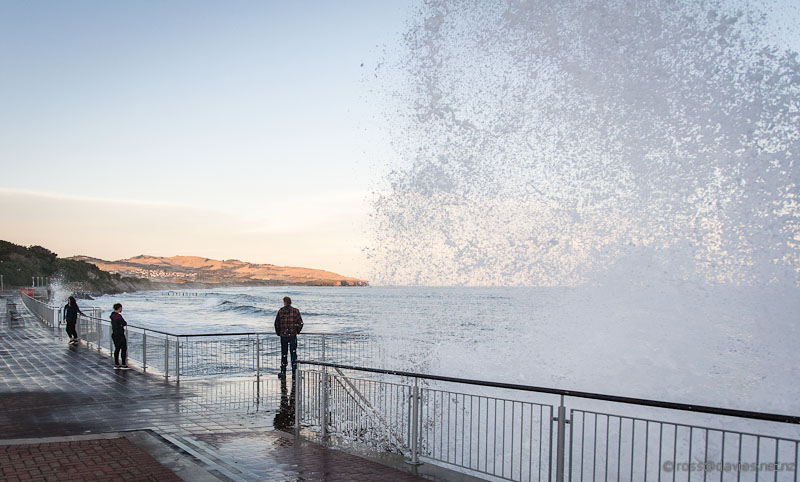 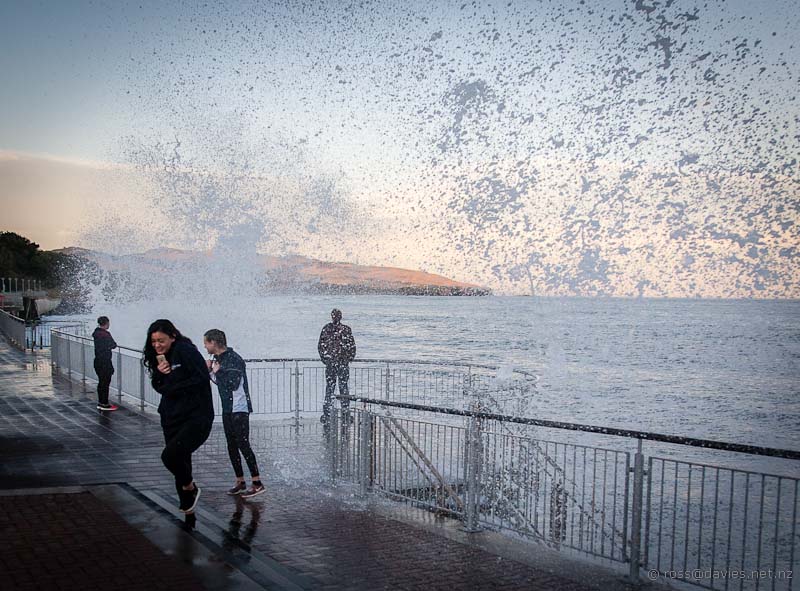