Last weekend was a weekend of contrasts; stormy on Saturday and sunny and calm on Sunday. The rain was predicted so we’d moved to Sandy Bay after our big walk on Friday to Whananaki. The rain came in the night and lasted into Saturday morning. Sandy Bay is popular with the surfers and they began to turn up by the afternoon. We were happy enough to rest up apart from a walk to the end of the beach. 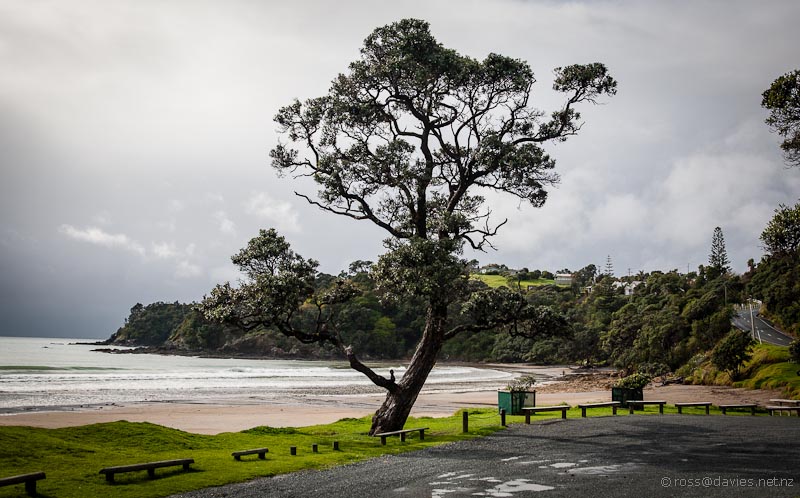 Stormy morning at Sandy Bay on the Tutukawa Coast 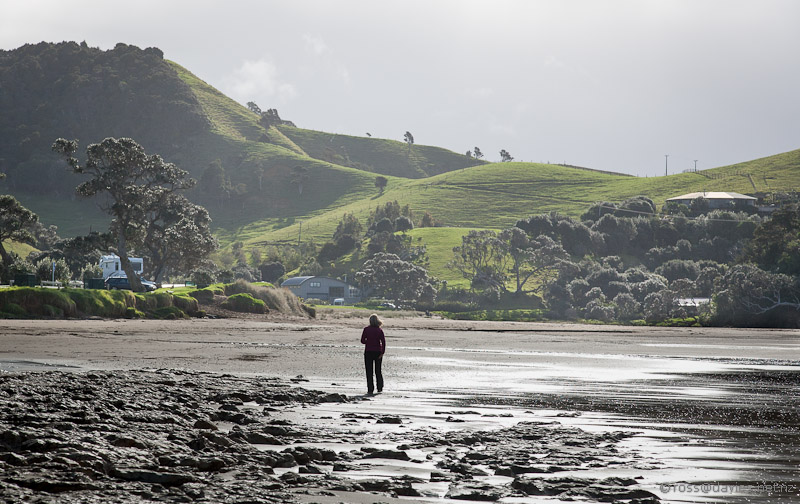 After the storm at Sandy Bay on the Tutukawa Coast 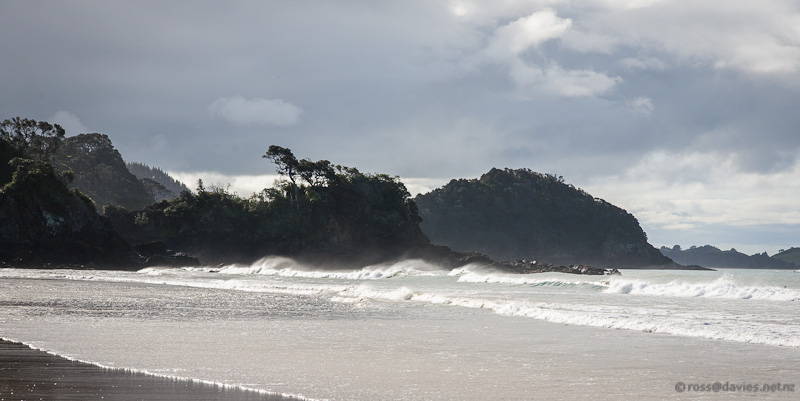 After the storm at Sandy Bay on Tutukaka Coast – looking north 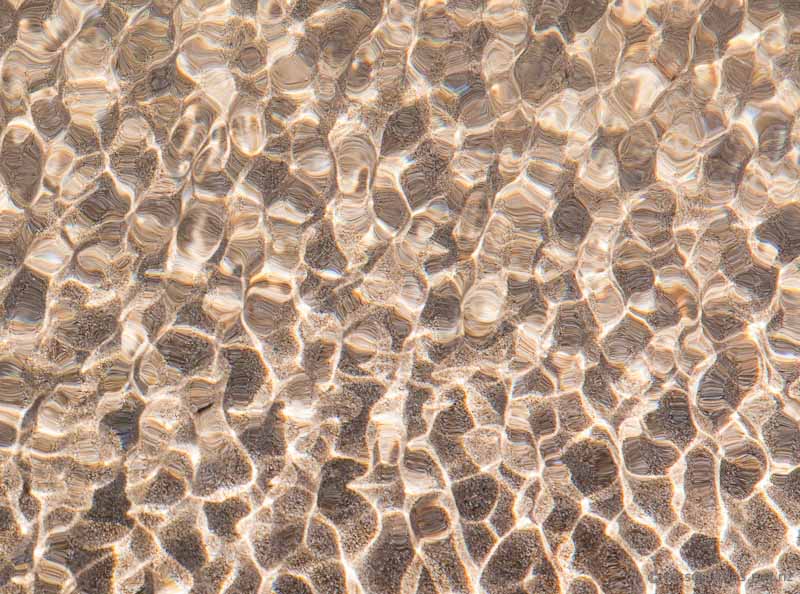 Sandy Bay sandy bottom – my abstract photograph of the weekend

Sunday morning was another sort of day entirely. It dawned sunny, calm and clear. 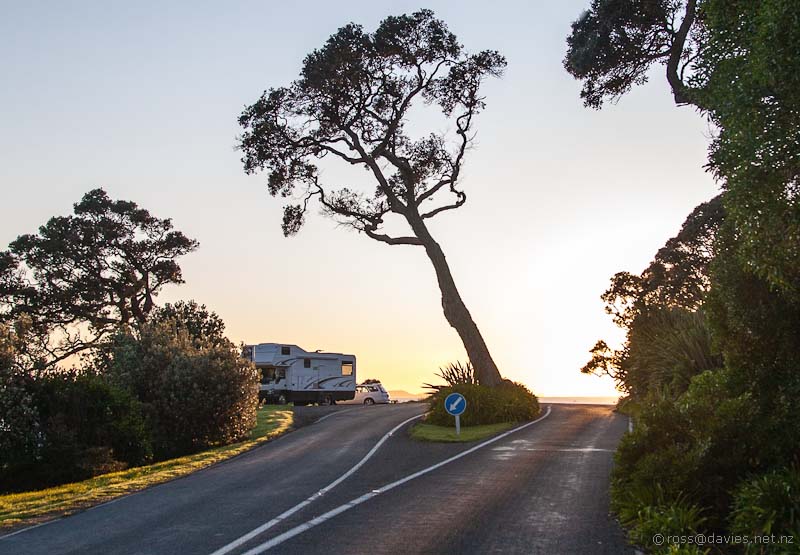 Pohutukawa at Sandy Bay at dawn. You have to like how the main road splits to go around the tree. 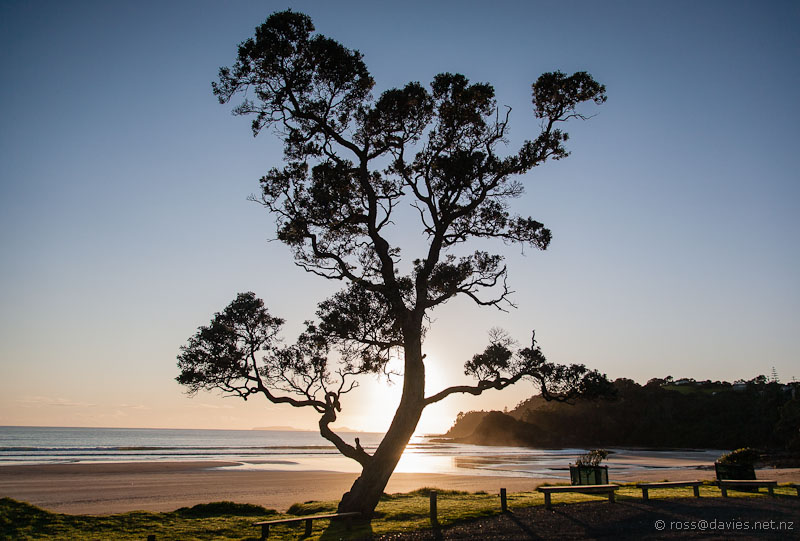 Pohutukawa at Sandy Bay at dawn. From my Love Affair With Pohutukawas collection. 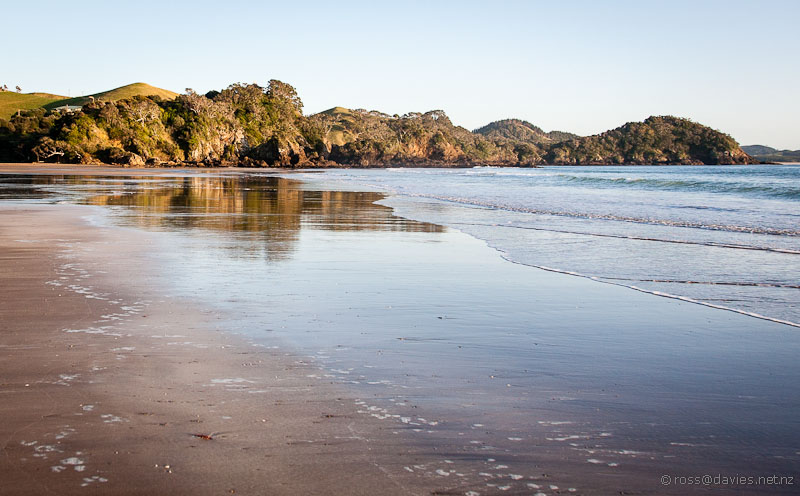 We could have easily stayed the day to make the most of it. But it was Sunday and the surfers were starting to arrive and we were feeling a bit conspicuous. Plus it was time for moving on. So we did; just that. Dougal GPS gave our destination on the Whangaruru Harbour as 22kms NW, as the gulls fly. But we had to take the long way around; west to SH1 at Hikurangi and then north on SH1 for a few kilometres before heading east back to the coast. We were definitely taking the long way to get from Whangarei to the Bay of Islands.